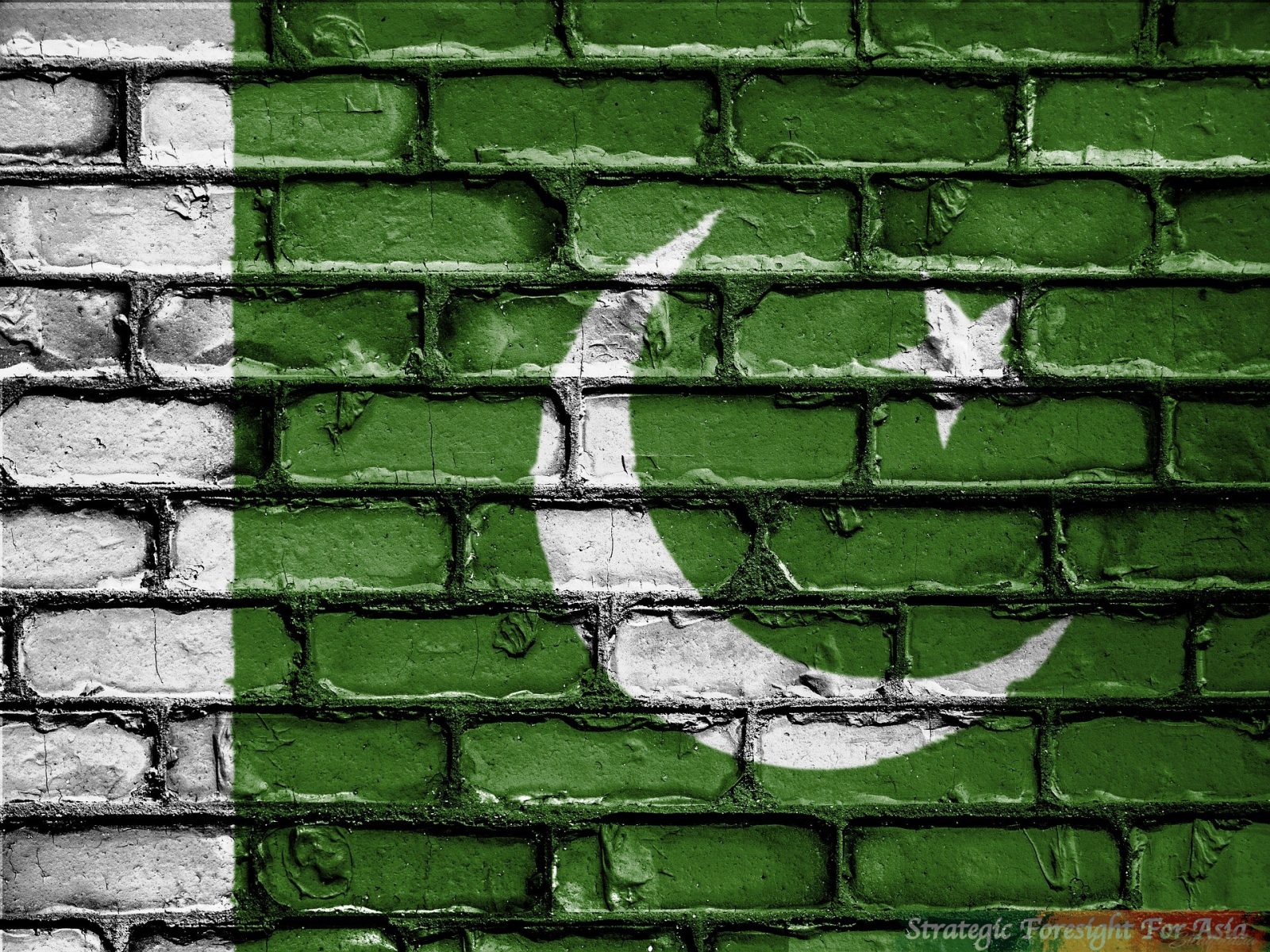 The Pakistani government’s response to the Pulwama crisis created its share of supporters and detractors within Pakistan. Praise for the current administration’s handling pointed to the international community’s acknowledgment of Pakistan having gained the moral high ground in the immediate aftermath. Critics argued that the state had missed an opportunity to take a harder line on India and rally global perspectives against it.

Abroad, views have been divided between highlighting Indian atrocities in Kashmir, ill-considered adventurism on the part of Modi’s government, and the problematic history of Pak-India relations. However, what has remained consistently observable in media literature generated by the incident, is an emphasis on what is termed as Pakistan’s support to militant outfits. When weighed against the international opinion Pakistan believes it was able to shape in its favor, the balance emerges against us. Essentially, the debate retained focus on portraying Pakistan as a state responsible for supporting entities engaged in terror activity against India. The narrative thus helped develop, due in no short measure to a remarkable flurry of Indian authored content on Western platforms, was of Pakistan getting away time and again with policies that endanger stability and peace in South Asia. This, when the debate should have been about resolving the Kashmir dispute and holding India accountable for its inhumane treatment of the indigenous population.

This is not new and should not be surprising. It also underscores a position we seem to have unwillingly entrenched ourselves in: the reactionary stance. Each time a crisis hits, Pakistan invariably finds itself at the receiving end of an old fashioned tongue lashing. We are projected as being part of the problem, not the solution; the petulant, irresponsible, nuclear-armed South Asian sibling that nurtures outlawed outfits, and is whipping the region into a dangerously unstable frenzy. And as always, we scramble to defend ourselves. This narrative continues to be used against Pakistan with overwhelming success. Though tempting, it would be remiss of us to place the blame on foreign actors. Despite the narrative being engineered and driven externally, it is our lack of a cohesive strategy that has allowed it the space it needs to flourish in world debate.

There are numerous angles that are worth considering from, with diplomatic approaches constituting the umbrella of any efforts to address the issue. However, a key aspect worth noting is our lack of presence on international academic platforms and connected forums. We are simply not showing in nearly enough numbers when compared to those driving a contrary agenda. At any given time of year, there are numerous conferences, workshops, seminars, Roundtable sessions and public debates taking place in major capitals on issues of concern to the broader Asian region. It is not unusual to find a respectable presence of Indian panelists in each one, while the Pakistani presence is usually harder to observe. Despite being able to claim trained and articulate academics living in Pakistan and abroad, we are not yet able to compete in numbers with our aggressively outspoken neighbor.

The emphasis here on pushing an academic presence abroad is essential, as opposed to political representation. Trained minds who can credibly back their stance with research and defend it in front of a well read and informed audience, fare far better than political figures. While the latter have been speaking on academic fora with a higher profile presence, they have a questionable impact. Barring a few exceptions, their contributions consist too often of tired old rhetoric and poorly researched material, amounting to sound bites which have limited shelf life and even lesser impact. What is needed then, is a re-thinking of how we are engaging around the globe and how to lay grounds for it.

To begin with, there is the need for a consistent flow of faces who can bring in fresh perspectives. Currently, a large majority of the prominent names that do represent us abroad have held court for at least a decade or more; these are primarily senior representatives of think tanks and universities or retired members of the bureaucracy. While their contribution remains invaluable, it underscores a lack of new talent. Older, established academics and scholars with connections abroad or based there can play a significant role in this regard by inducting their students and mentees into their foreign circles and creating space for them to avail opportunities. At the same time, heads of think tanks must encourage participation from within their own ranks, more aggressively than is being done at present. Eschewing their personal engagement where possible and passing the baton to qualified younger researchers from their institutions will facilitate building new networks and creating positive space for future engagement.

Secondly, and in parallel, the quality of academic training must be addressed. Year after year, universities continue to churn out social scientists, but only a limited percentage of those are able to contribute solid research and present it well. Far too many graduates appear who are out of touch with current affairs, have a shaky grounding in foundational concepts, lack articulation, and analytical skill, and are unable to contribute original thought to the discussion. Various factors enable this phenomenon, but the consequence is that in each new batch, there are very few who can hold their own in the academic debate. This is a significant concern when seen in terms of swelling our ranks with voices who can take our perspective and push it where needed.

Third, we need to escalate contribution in print, visual and social media significantly. This means research articles, op-eds, television appearances on international channels, and intelligent (read productive) engagement on social media platforms. Reiterating a point mentioned here earlier, the Pulwama crisis resulted in a mad rush of opinion articles hastening to beat Pakistan down for allegedly being naughty again. While we produced a fair share of counter debate, not all of it could compare with what the other side threw at us. The point that needs to be acknowledged here is that what we did put out did not compete with Indian contribution in terms of outreach; they were engaging from platforms where we have no presence to speak of, be it key D.C. based think tanks or newspapers of international standing. We were out-shouted, and royally so.

Part of the answer lies, again, in establishing connections within platforms who are able to broadcast our perspective. Collaborate proactively with think tanks, papers, journals, etc. with leanings toward the Pakistani stance, and who would be willing to project it for us. If those willing to boost us exclusively on their shoulders are harder to come by, we need to engage with those who are willing to provide us equal space, at par with Indian voices. An alternative would be to find, or create anew, platforms which are not overtly Indian sympathetic in outlook. We must actively identify and form connections with established institutions, possibly outside the traditional centers driving global political debate, and bring them over to our side of South Asian voices.

While an academic or research-based approach is not in itself the only answer to the dilemma, it can significantly impact global debate and drive it in our favor. The heavy lifting in creating this space and having foreign voices facilitate a political agenda that benefits us, is a job for state institutions, primarily the foreign office. We lag dangerously far behind in this regard for having neglected opportunities abroad to mobilize both local communities as well as the Pakistani diaspora, and a major offensive is increasingly needed that prioritizes a new kind of diplomatic engagement. That being said, the approach discussed herein which emphasizes enabling academically trained voices to speak louder and more frequently, forms a core part of any effort to bring about the necessary change.

Aiza Azam is accredited as a Policy Leaders Fellow at the European University Institute, Florence, and has most recently served as Vice President of the Centre for Strategic and Contemporary Research

THE KHAN DOCTRINE: PROPORTIONATE RETALIATION AND THE INDIA-PAKISTAN CONFRONTATION

About Aiza Azam 3 Articles
Ms Aiza Azam is the Senior Editor at Strategic Foresight for Asia (www.strafasia.com). She tweets @Aiza_Azam

Print PDFThe most prominent shift in the regional dynamics of South Asia is the Indo-US strategic alliance which is gaining strength by the day. Even though the supposed aim behind this unholy alliance is to […]

Which WTO Chief Candidate Should …by Duncan Bartlett5 days ago

The Nagorno-Karabakh Conflict: Po …by Arsim Tariq1 week ago