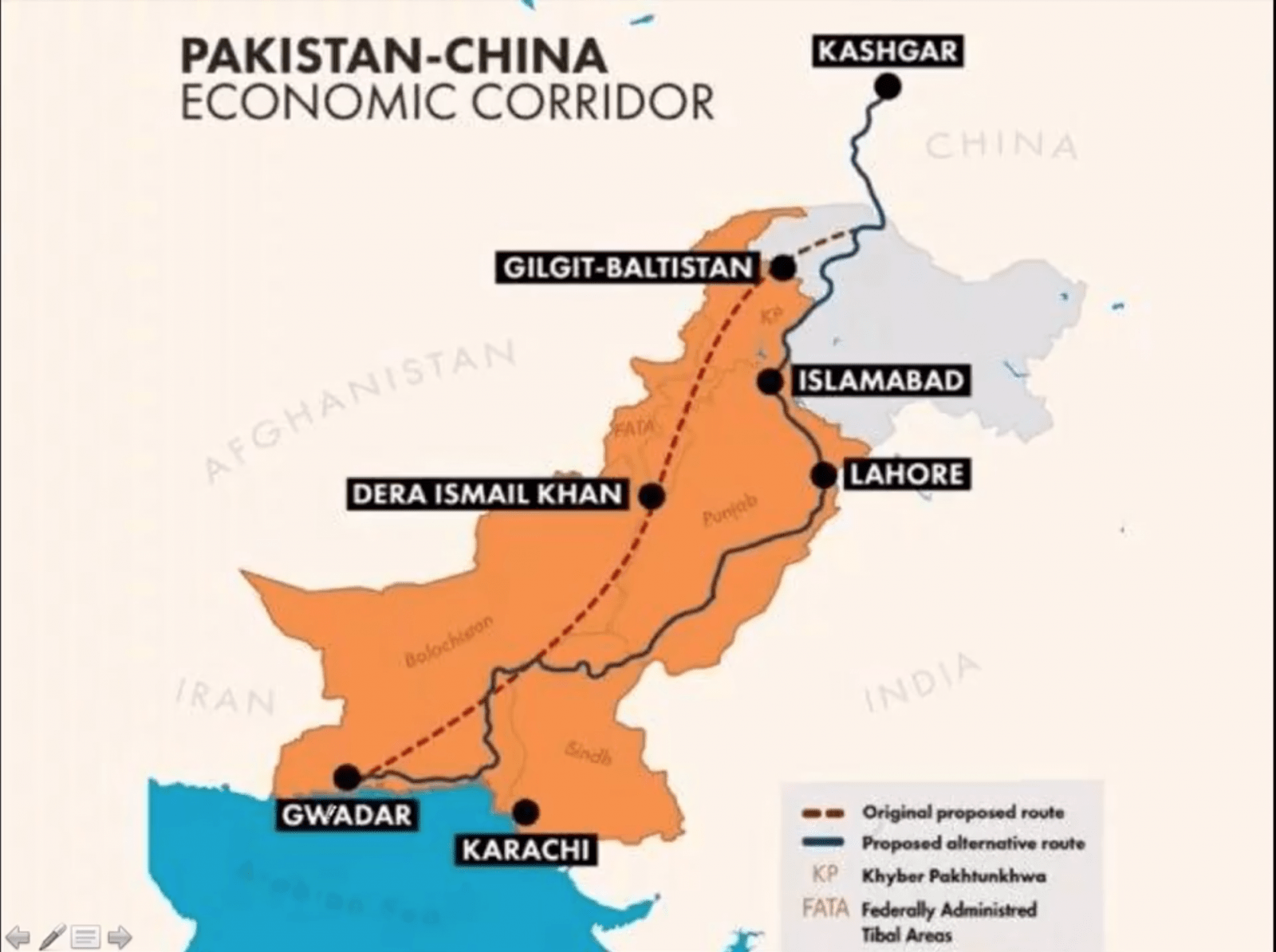 With strong integration of globalization and economic forces, the importance of industrialization for a country cannot be overemphasized. Industrialization is primarily a strong engine of growth for sustainable economic growth, and people centric development. This can be better understood through words of Singapore’s founding premier Lee Kuan Yew who once stated, “Since industrial revolution, no country has become a major economy without becoming an industrial power”. These forward-looking policy ideals essentially explain Lee Kuan’s success in singlehandedly transforming Singapore from a tiny island nation into a western style economic success.

Unfortunately, Pakistan has not been able to sustain a robust industrial sector. This partly explains our economic woes, including the widening current account deficit and dwindling foreign reserves. Characterized by a shrinking export base, low employment generation, and weak global competitiveness of manufactured products, our country’s industrial performance has remained below satisfactory. A key reason for the industrial sector’s poor performance is that it has failed to move up the technology ladder into manufacturing capital intensive goods, i.e. light engineering and chemicals. Its manufacturing has remained focused on low valued added products whose share in the world’s exports is on the slump. For instance in 2008, 60 percent of Pakistan’s exports comprised of textiles, garments, and footwear whereas these items made up only ‘5.8 percent of world exports’. (World Bank report). Moreover, the lack of a skilled work force, technological backwardness and high cost of doing business (147th among 190 economies on World Bank’s indicator) has also impeded effective industrialization.

Notwithstanding the weak industrial sector, the China Pakistan Economic Corridor (CPEC) has created a mega window of opportunity for strengthening the industrial base through widespread industrial cooperation between Pakistan and China. Since 2013, CPEC has made tremendous achievements. All major Early Harvest Phase (EHP) Projects spanning from 2013-2018 have been implemented successfully while a few are under various stages of implementation. Primarily, critical bottle necks hampering economic growth have been removed with the addition of surplus energy into the national grid, improvement of transport infrastructure and the development of Gwadar Port. CPEC has enabled Pakistan to play its historic role of connecting markets from China to Central Asia and Iran in the west, and to India in the east. Pakistan can reap the dividends of enormous economic opportunities, provided that it transforms into a potential economic hub that has to be spurred by a strong industrial sector.

Industrial cooperation under CPEC has progressed significantly since the 6th JCC (Joint Cooperation Committee) meeting in December 2016, wherein nine Special Economic Zones (SEZs) in all federating units and Islamabad were mutually agreed upon between the two countries. These SEZs were identified by each region keeping in view the industry specialty of respective areas. Of significance is the fact that in order to facilitate the establishment of SEZs, the government has provided a comprehensive package of Incentives for Developers and Enterprises which is over and above the incentives laid down in the SEZ Act 2012.

Correspondingly; during the 7th JCC meeting held in November 2017, the two countries concurred that the ultimate objective of Industrial Cooperation is not merely the establishment of industrial parks, but “to develop and implement various initiatives and projects required to help industrialize Pakistan”. Alongside boosting Industrial Cooperation, both countries are also focused on enhancing “industry coordination”. The Chinese side has expressed willingness to use its advantage in equipment, technologies, management expertise and funds to support Pakistan in developing relevant industries (based on demand of the Pakistan side).

More recently, during the 8th JCC meeting held in December 2018, the two countries signed an MoU on “Industrial Cooperation” that targets in major industries, such as petrochemical, textile, iron and steel, and automobile. This agreement is a watershed for industrial cooperation under the CPEC, particularly as the two sides have agreed to expedite early development of three SEZs including Rashakai SEZ in Khyber Pakhtunkhwa, the Dhabeji SEZ in Sindh, and Allama Iqbal Industrial City (M3) in Punjab. Importantly, the Economic Coordination Committee (ECC) of the cabinet has directed relevant ministries to prepare a plan for provision of utilities including electricity and gas to the SEZs. Moreover, the ECC has also decided to further empower provinces through an amendment in the SEZ Act for rapid development of respective SEZs.

The incumbent government has effectively shouldered the task of industrialization and broadening of its export base. Through a series of measures and incentives for export oriented sectors including provision of gas and electricity at competitive tariffs, the government is keen to provide a feasible level playing environment for investment and mobilize the business community and investors for their active investment in the SEZs. The examples of Thailand, Malaysia, Korea and the East Asian economies are a manifestation of the fact that a sound strategy by the government yields successful industrial performance.

In 2017, the Planning Commission invited the former Chief Economist of World Bank and Dean of the Center of New Structural Economics at Peking University, Prof. Justin Yifu Lin to seek his intellectual expertise in development of CPEC SEZs. Prof. Lin had previously created quick successful examples such as the Huajian Shoe factory in Ethiopia and C&H Garments in Rwanda that had boosted country’s exports and created employment in a short time span. After holding extensive meetings with relevant stakeholders including officials from the Planning Commission, the Ministry of Industry & Production, the Board of Investment and business chambers, Prof. Yifu Lin concluded that “Pakistan has the potential to grow as dynamically as China and other East Asian economies if [it] successfully captures the window of opportunity arising from CPEC.”

More to the point, Pakistan can essentially capitalize on this opportunity in the textile sector. According to World Bank, “rapidly rising labour cost will make it default for China to sustain its share in world garment trade. It is estimated that average labour cost of an operational hour in China is three times the cost in Pakistan. This can potentially leave a world market of US$120 billion wide open. This is the opportunity on offer to Pakistan.”

The nine SEZs under CPEC across the country with industry based on area speciality provides the base for restructuring the deteriorating industrial sector. A strong partnership with China enables Pakistan to leverage its CPEC SEZs for economic transformation, job creation and export promotion. CPEC is a key to economic revitalization and the means of achieving this economic growth is through the strong industrial sector. Pakistan stands a leap away from economic transformation and industrial revolution, provided that it rightly captures the window of opportunity created by CPEC and further consolidates the gains with right set of incentives, competitive market, open trade regime, skilled work force, sound public sector—private sector cooperative relationship, policy uniformity and consistency, and administrative efficiency.

Print PDFIndia’s drive for military modernization is aimed at projecting military muscle, to achieve recognition as the dominant power in the Indian peninsula. The rationale for this power projection is rooted in India’s definition of […]

Print PDFThe South Asian region is widely regarded as being vulnerable to the threat of nuclear war, largely due to the Kashmir issue’s dangerous potential as a ‘nuclear flashpoint’ between India and Pakistan. This is […]