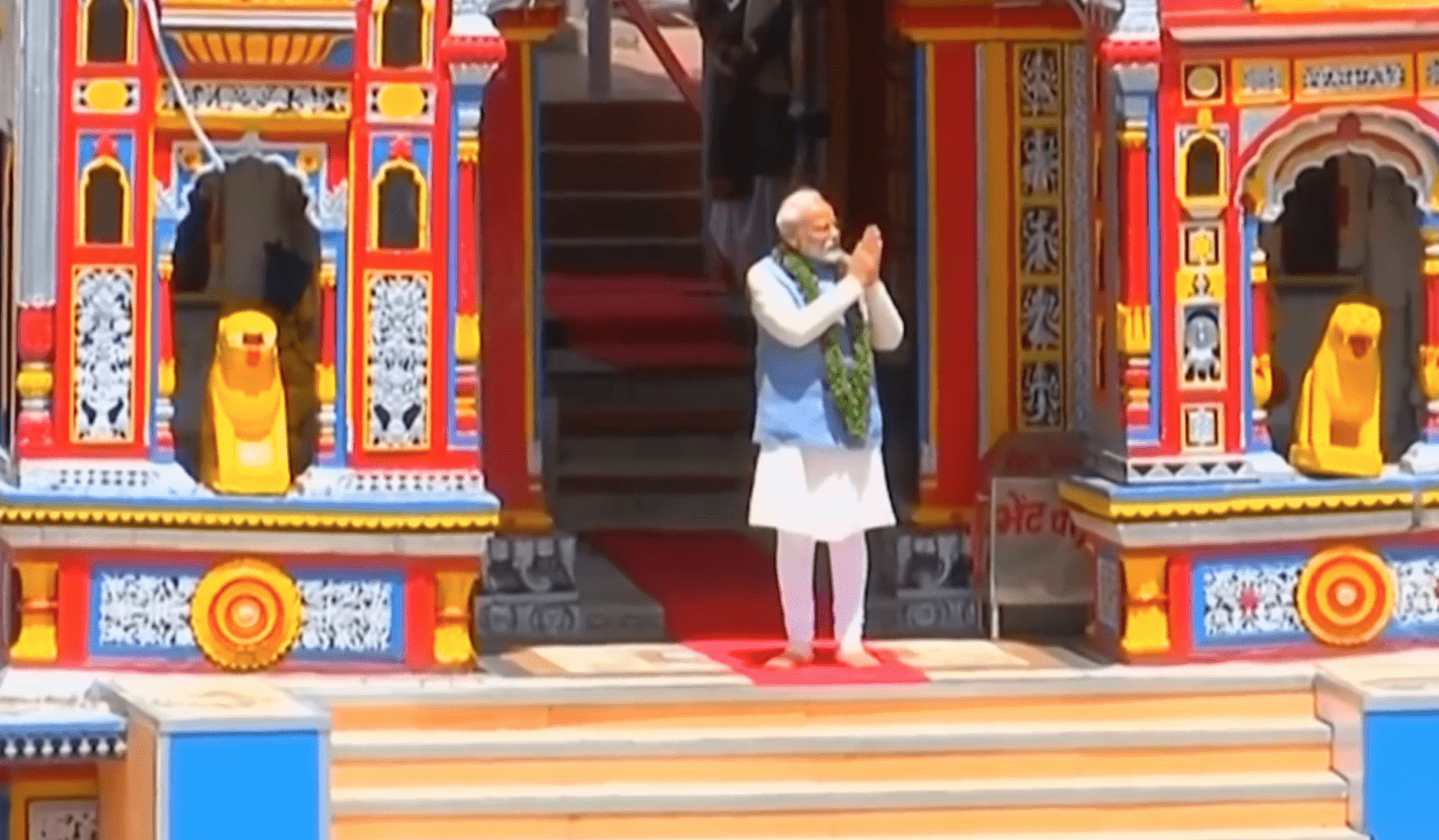 The Indian General Elections 2019 have brought in the Bhartiya Janta Party (BJP) a towering victory of 303 seats and, at the same time, rejected the Indian National Congress (INC). Ironically, the party that led India in the anti-colonial struggle and which has been the dominant party ever since was able to win only 52 seats.

These election results are the harbinger of India circumventing from its claim of being a secular state, and one which accommodates people of all religions. The Indian voters have rejected the vision of its supreme leaders such as Jawaharlal Nehru and Mahatma Gandhi who asserted that India could secure its national interest by being a secular state. Moreover, they have rejected the call for various economic reforms by the incumbent Congress President, Rahul Gandhi. Neither the scandalous Rafale episode nor the slogans of ‘Chowkidar Chor hai’ (‘the watchman is himself the thief’) swayed the voter.  On the contrary, they have opted for a leader who speaks the language of the majority and who is quite vocal about his ardency to Hinduism.

Playing the “Hindu card” in the Indian election is not a recent trend. Be it Indira Gandhi’s Operation Blue Star, Rajiv Gandhi’s permitting the commencement of Ram temple or the scorning of the Muslim minorities by previous BJP leaders, it has been instrumental in gathering the vote bank of the majority. However, Narendra Modi has taken this strategy to an extreme level, as a result of which religious polarization can be seen surfacing.

The Rashtriya Swayamsewak Sangh (RSS), a militant wing formed in 1925, asserts that India should be a Hindu state and Hindus should enjoy leverage over the Muslims, Christians and other minorities. Narendra Modi is known as a long-term stalwart of this organization and espouses the same narrative which has been observed in the BJP’s campaign on the ground as well as on social media.

Modi resorted to new tactics to stamp his achievements and conceal his blunders simultaneously. For his political campaign, unemployed graduates who had basic knowledge of social media were recruited to run WhatsApp groups for the BJP. Apart from spreading fake news and propaganda against the Congress party and its allies, these “Cyber Warriors” augmented hate material against religious minorities in India, particularly the Muslims. Moreover, incendiary content was circulated on social media platforms such as Facebook, Twitter and WhatsApp to provoke Hindus into executing anti-Muslim activities. Likewise, these notorious activities even attempted to chalk out a controversy of Rahul Gandhi’s “Muslim roots”, which was completely absurd and far from reality.

For the offline campaign, hate speeches and launching of controversial figures were practised. In the initial phase of the election campaign; Amit Shah, the President of the BJP, termed Bangladeshi Muslim refugees as “termites”. Addressing a rally in Rajasthan, Shah stated, “One hundred crore infiltrators have entered our country and are eating the country like termites. Should we throw them out or not?” Furthermore, he stated that if the BJP is able to regain victory, it will definitely expel those refugees. Likewise, the appointment of the radical priest Yogi Adityanath as Chief Minister of Utter Pradesh in 2017 further adds fuel to the fire. Adityanath has often used the term ‘Green Virus’ to refer to the Indian Muslim voters. Moreover, he had propagated such loathsome content in his latest election campaign that the election commission had to ban him from campaigning for three days.

The city of Varanasi, which is the holiest city for Hinduism, was chosen as the parliamentary constituency of Modi to demonstrate his avid affection for Hinduism and more particularly for the Hindutva ideology. Previously, this constituency had been won by Congress. However, the optics of soaring endearment for Hinduism resulted in a decisive victory for Modi in the respective constituency.

Modi was able to sway the Hindu voters to do away with all their various identities and cast their vote only retaining the Hindu ideology. Moreover, he endeavoured to demonize the Muslim minorities of India by alleging their warmth and affection for Pakistan. This was well received by the public and led to various episodes of Muslim students being bullied and forced to shout anti-Pakistan slogans in public.

The manifestation of this religious polarization can be observed from the victory of terror-accused Pragya Thakur with a striking margin, i.e. 69% more votes than her rival Congress candidate. Moreover, the labelling of Mahatma Gandhi’s killer as a patriot by Thakur did not compel the BJP to withdraw its support from the candidate. None of the political parties in India, not even the Congress, has ever supported a candidate with such critical accusations and dangerous ambitions. However, Modi sought to heighten the emotions of the public by fielding such extreme Hindu nationalists to enchant his voters.

The technique employed by the BJP in the election was very straightforward: target the Hindu community and emotionally manipulate them into believing that the BJP is the only party that will protect the Hindus and serve their interests in a much better way as compared to other contesting parties. Likewise, the tolerance for lynching, extreme rebuking and forced conversions practised against Muslims over the previous five years further intensified the Hindu extremists’ belief in the BJP, and made it acceptable for such activities to be conducted under the Modi government.

When the shocking news of Rahul Gandhi being deprived of his home seat in Amethi broke out, it was indeed a hallmark of the Congress losing its foothold. Amethi has only been lost twice by the Congress since 1947 and was perceived as the fortress of the party. However, Rahul Gandhi lost this seat by an astounding margin of 50,000 plus votes to the actor-turned politician Smriti Irani.

Modi’s stratagem worked out precisely in the manner he desired it to. On Election Day, his voters disregarded the fact that previous promises have not been fulfilled: more jobs have not been created, economic inflation has not been curbed, the administrative and agricultural reforms are not in sight, and the BJP has not carved out the India which it intended to in the 2014 elections. In addition, the government was struggling to provide any substantive evidence on the acclaimed surgical strike against Pakistan in 2016 and later in 2019. However, everything was thrusted aside and the Indian public bestowed upon Modi a remarkable victory.

The spell of religious polarization was orchestrated well, and it forged the identity of the voter. It altered the way the voters perceived the various factors that ought to be considered in the election process; instead, they blindly placed their faith in a man who they believe will categorize them according to their beliefs. Modi was not in a position to glorify any concrete achievement due to the reason that they were very scarce. Hence, he optimized his efforts to integrate religion into his campaign, which acted as a force-multiplier to rally a sufficient number of votes. Even though this scheme brought Modi back into power, it is an extremely perilous pathway which will bare its calamitous offshoots in the future.

Print PDF In another major blow for the Indian diplomacy over the past few days, the Organization of Islamic Countries (OIC) demonstrated their strong support to Pakistan over Kashmir. Expressing grave concern over India’s recent […]

Print PDFPakistan India, History and Background. ref: United Nation   UNMOGIP In August 1947, India and Pakistan became independent. Under the scheme of partition provided by the Indian Independence Act of 1947, Kashmir was free […]

Indian Policies: A Stumbling Block in the Rise of South Asia

Print PDF“Every neighbouring state is an enemy and the neighbouring state’s neighbour is a friend.” ― Kautilya, The Arthashastra South Asia is one of the most important regions of the world. It is home to one-fourth […]