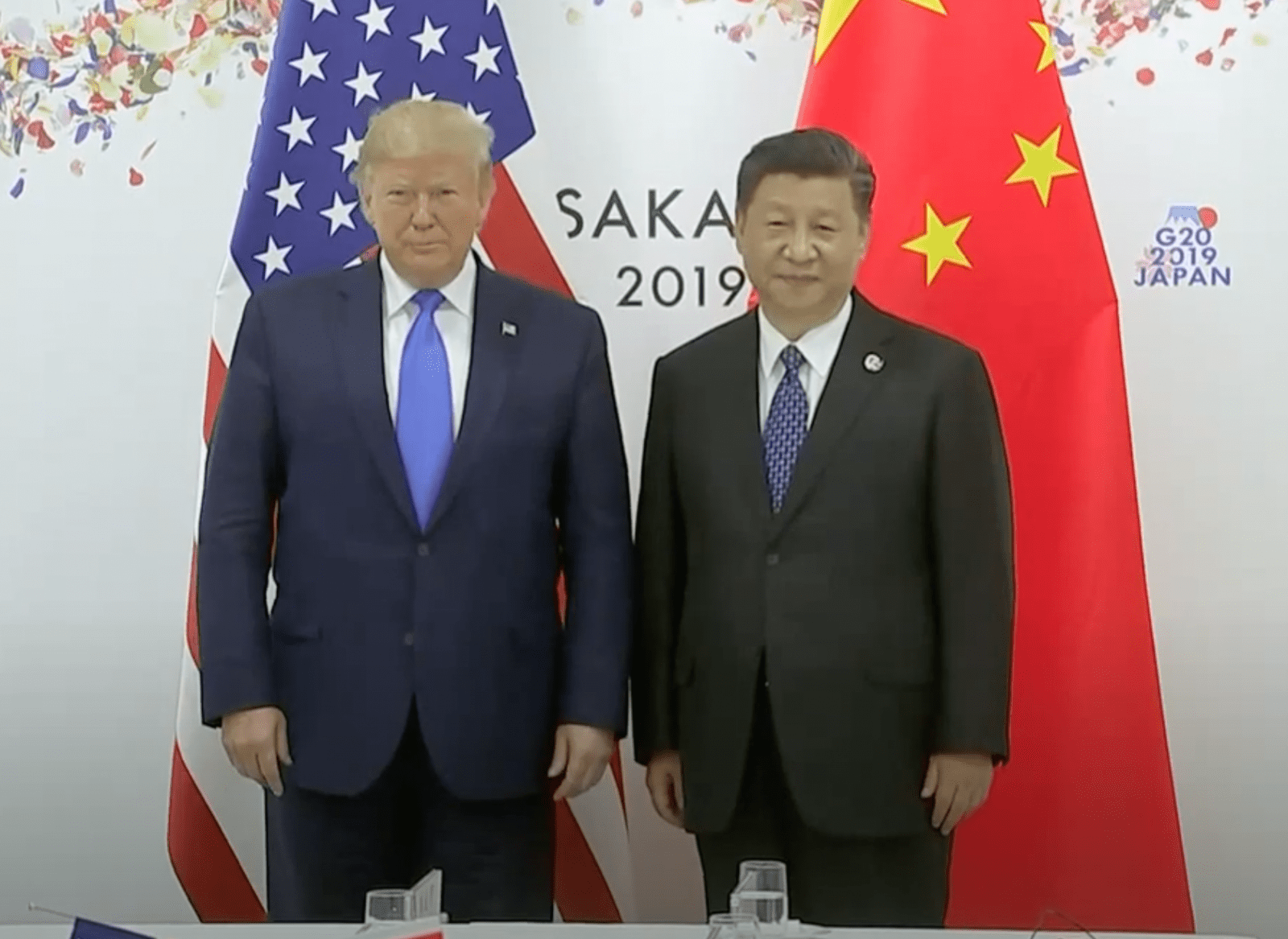 The US-China ‘COVID(RY)’ is fuelling a new Cold War as the two global powers are embroiled in an ongoing battle of narratives blaming each other for the current pandemic, while simultaneously reaching out to the rest of the international community to assert their leadership credentials in the post-pandemic global (dis)order. China’s earlier than expected rise as a potential global leader, mainly due to the US own leadership failure may have brought renewed urgency to the China containment policy. The US may seek to build a new ‘coalition of willing’ by producing another ‘dodgy’ dossier blaming China for the pandemic, as it did for the 2003 Iraq war, forcing countries the option of ‘with us or against us.’ China, nevertheless, is not Iraq, and the US is no more the undisputed global power of the post US-USSR Cold War era.

Blaming China to Win Elections.     China is an old villain and figures prominently in the US national security calculus, and probably the only issue that unites a polarized Washington. President Trump, who was hoping to win the next elections owing to steady economic growth, is now facing the worst economic recession of the history that is likely to overshadow the next US elections. Blaming China for the pandemic and a promise of compensation from the Chinese money seems to be the only plausible strategy that the Republicans are hoping could help them win the next elections.

After initially praising China, President Trump, therefore, is now claiming that he has “high degree of confidence” that the virus came from Wuhan, and has indicated that if the intelligence agencies could come up with credible evidence, he might sue China and seek $ US 10 million for each American death. According to some reports, the US Administration also debated the option of cancelling US $ 1.1 trillion debt that the US government owes to China – “to offset the cost of the coronavirus outbreak.” The use of this ‘nuclear option’ may hurt the US more than any other country, but the very fact that the option was discussed could force China to contemplate the use of its own ‘Samson Option’ by dumping its holdings of the US Treasuries that may lead to a “global financial catastrophe.”

China has reacted sharply to these accusations. Its new breed of “Wolf Warrior” diplomats are aggressively defending their national position and have accused the US Administration of ‘telling lies’, to divert public attention from their own failures. Simultaneously, China also reached out to several seriously affected countries offering them assistance and equipment as part of its health diplomacy, and to create goodwill.

A New ‘Coalition of the Willing.’       The ‘blame-China’ policy has some similarities (in terms of optics) with the infamous ‘WMD dossier’ of 2003 against Iraq, which was prepared by the US-UK intelligence community but was essentially based on a student thesis. The dossier was subsequently shared at the UN Security Council meeting by the US Secretary of State Collin Powel to build a case for the invasion of Iraq by accusing it of developing weapons of mass destruction.  Countries like, Marshall Islands, Micronesia and a few others that even did not have the standing armies but were included in the ‘coalition of willing’ to provide legitimacy to the US-led invasion.

The recent statements from President Trump and other Administration officials indicate that there could be a possibility of a similar effort by the intelligence community. A dossier blaming China could be used to deflect domestic anger, and to build an international coalition of the like-minded countries; like Australia, France, UK, Japan, India and few others, who might jump on the opportunity to get their loans waived and would be willing to help neutralize China’s overwhelming global economic clout.

South Asia as the New Epicentre.    The US Indo-Pacific strategy that allowed India to stake its claim as a partner, also afforded it an opportunity to build its image of a credible rival to China, and a potential global power. The US and other western countries are helping India to build its conventional and nuclear capabilities for their own interests, but these capabilities also affect Pakistan’s security calculus, due to a long history of disputes that have led to several wars and crises between the two regional nuclear powers.

In contrast to India-US efforts of containing China, Pakistan is spearheading China’s Belt and Road Initiative (BRI) and implementing its flagship project – China-Pakistan Economic Corridor (CPEC), which provides a strategic opening to China to the rest of the world. These two divergent objectives spearheaded by India and Pakistan to support of their own interests and of their strategic partners have added further friction between the two countries neighbours. If confronted with a choice of ‘with us or against us’, Pakistan and India may find themselves as the two ‘frontline states’, fighting their own battles and also on behalf of their allies, thus further complicating the regional security matrix.

Conclusion.     The COVID-19 crisis has severely dented the US image of a reliable global partner, incapable of dealing on its own besides failing to assist the allies in despair. China, on the other hand, has emerged a more confident country that can not only deal with the future crisis on its own but also assist other countries under duress. The lessons from the current crisis are likely to influence the post COVID world order and could re-shape the future alliances.

Both China and the US, however, cannot afford to engage in a direct military confrontation or exercise the ‘nuclear options’ with the US opting to unilaterally cancel the US $ 1.1 trillion of debt, or China dumping the US Treasuries. It would only lead to a ‘mutually assured destruction.’ Nevertheless, the threat of punitive measures by the US could offer a useful distraction to divert domestic anger away from Trump’s own failures, and also to extract a favourable trade deal from China and present it as a major achievement before the next US elections. President Trump’s recent tweet that “100 Trade Deals wouldn’t make up the difference – and all those innocent lives lost!” – is therefore a ruse to get a better bargain, but will China cede to this trickery?

Print PDFInternational and regional stability is ultimately the product of broader political, economic, and military dynamics among many players, in which political, technological, strategic alliances and decisions perform multiple roles as agents of change for […]

Dawn of the Drones: How South Asia is Learning to Evolve its Warfighting

Print PDF‘Drones ply the liminal space between the physical and the digital – pilots fly them, but aren’t in them. They are versatile and fascinating objects – the things they can do range from the […]

Print PDFAfghanistan peace and reconciliation process as a strategic factor was at the forefront during Prime Minister Imran Khan’s U.S. visit and meeting with President Donald Trump. PM Khan maintained Pakistan’s stance that ‘use of […]