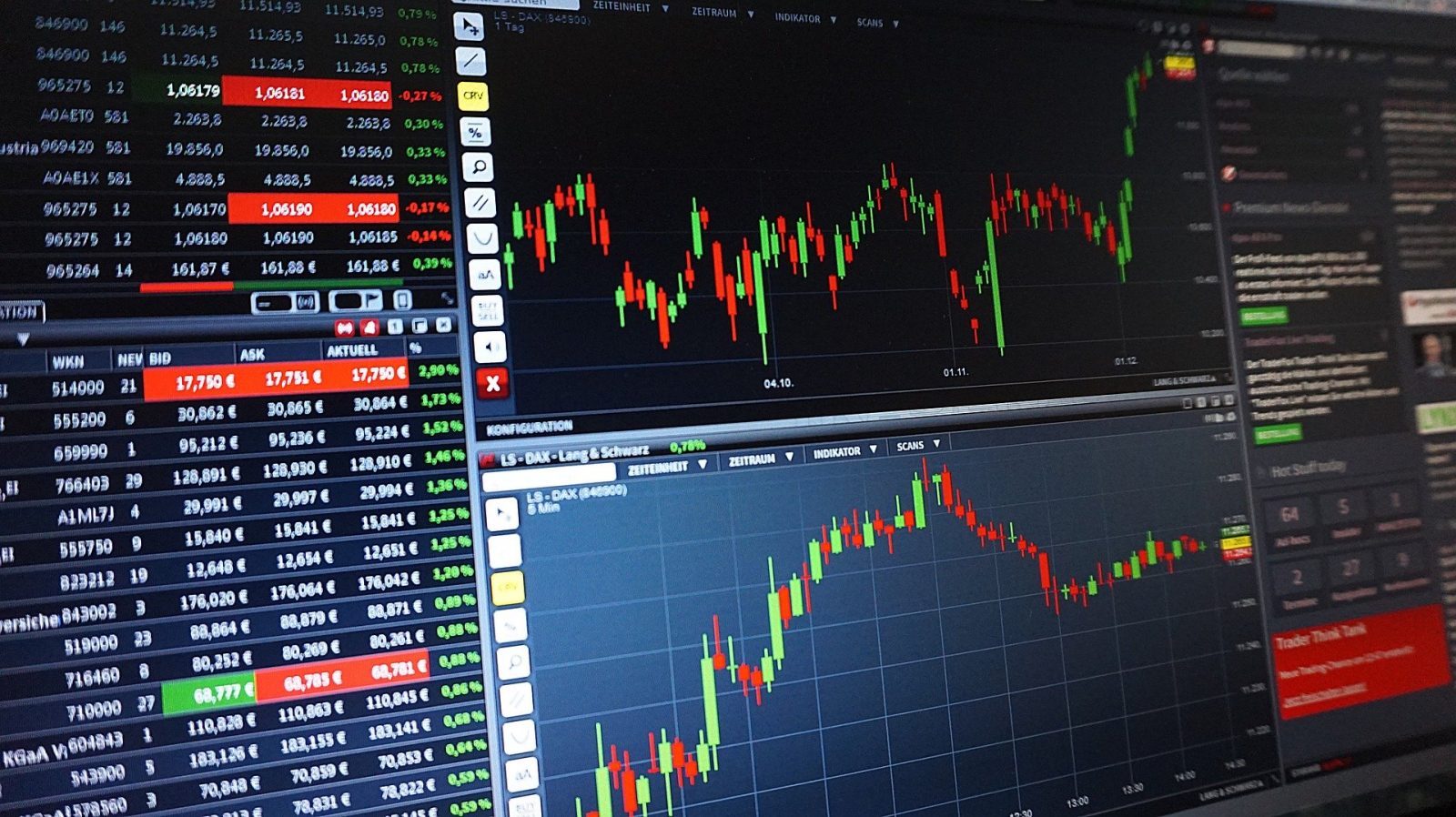 The novel virus, COVID-19, has stretched itself to the length and breadth of the world leaving not even a single facet of life unaffected. The Chinese province, Wuhan, was the initial stage decorated for the devastative performance of the savage virus which had set itself forth with a firm determination to shake everything coming in its way to the core. The havoc giant made its way to other parts of the world after wandering in the empty streets of Wuhan for approximately two months. Henceforth, the epicentre for the deadly virus has now shifted to the West. Nonetheless, the landscape does not seem to have the same picture as it had ever before being ground down by the famine of the novel virus. The tally of the total confirmed cases surges to almost 4.17 million throughout the world. Apart from the said figure, the pandemic has caused nearly 285,000 deaths. Adding to this, it has not spared the global economy which is almost on the verge of collapse. The recent pandemic has disrupted the global supply chains, global financial market, commerce, tourism, etc. Therefore, COVID-19, which is turning out to be more than a passing horror, has left the world’s economy at the brink of collapse.

The novel virus started off its power play in the field of economy by jolting the global financial market. The managing director of the International Monetary Fund has termed the recent recession more fatal than previous ones. The S&P 500 index is reported to have fallen by 40% in the first two months of the ongoing year against its decline by 49% and 60% in 2000 and 2007-9 respectively. Likewise, the Organisation for Economic Cooperation and Development perceives the possible downturn in global GDP by 2.4% from 2.9%. Moreover, the slowdown in global trade by 13% to 33% has also secured its place in the official document of world economy. Similarly, the Foreign Direct Investment has not been spared either (UN).

The coronavirus left China with an irreparable damage a few days ago. China is said to have been badly affected by the deadly virus. The predicted growth of China is reported to be likely falling by 3.5% in the first quarter of the ongoing year. Moreover, the pandemic has disrupted global supply chains amid the lockdown. Most factories have been closed and transportation has ceased its operation. Moreover, the lockdown has banished people to their abodes. As a result, automobile sales are reported to have sunk to a record 80%. Its exports are reported to have shrunk by 17.2% in January and February. Most carmakers, like Nissan and Hyundai, have stopped their business on account of the shortage in supply of parts. The country’s GDP growth is likely to fall by 20% in the first two months.

Likewise, the deadly pandemic has wrestled with the economy of USA. The S&P 500 Index is reported to have dropped by more than 13% on April 9. The same index was reported to have shrunk by nearly 40% during the first two months of the ongoing year against its downturn by 60% in 2007-9 and 49% during post- 9/11 tragic episode. Small US firms are reported to have been badly hit by the pandemic. The closure of small firms has left many with empty checks in their hands. The coronavirus has compelled approximately 16 million people to say goodbye to their jobs in a short spin of three months, as reported by US Department for Labour Data on April 9, 2020.

If the novel virus can bring the powerful giants upon their knees, then it is not something odd that the third world countries could easily be more vulnerable to any oddity. Pakistan is being taken as a case study to gauge the strength of the powerful arms of the deadly pandemic. Pakistan, already doing away with its ramshackle economic milieu, cannot put itself into a safe zone to avoid the severity of the tempest blown by the novel virus. Pakistan is reported to be disowning nearly Rs.1.3 trillion on account of the severest economic blow of the ongoing pandemic. Adding to the said amount, a huge shrink in its tax collection cannot be far away to come across which might be, as per the report of FBR, about Rs. 380 billion. The pandemic is being perceived to be wrestling with the exports of Pakistan, thus, its exports may lose nearly Rs. 4 billion, which would usher the augmentation in its trade deficit. The import sector cannot claim to be in a safe zone from the devastation of COVID-19. The import of Pakistan may shrink by virtue of the drawdown in POL prices. Pakistan has also been ground down in the form of lockdown which has shut down industries, the daily wagers which may be detrimental to the overall economy and social security of the country. Moreover, EU, Middle East, Japan and other major world economies are being hit by the disruption in the global supply chains. They are facing a bulk of problems: human loss, closure of factories, industries, and unemployment among others. In addition, COVID-19 is likely to bring about a major shift in the international trade order which will possibly hit China and India the hardest. Both China and India are major suppliers of components and services to the international market.

The ever worst pandemic episode has compelled tens of thousands of employees to lose their jobs. COVID-19 ushered in a worldwide lockdown, excepting a few countries, thereby compelling workplaces to bolt their doors. The disruption in the global supply chain is another reason behind the closed doors of the industries, firms and factories, etc. Thus, the workers have been left with no choice but to stay jobless. USA is reported to have documented more than 16 million people who have lost their jobs in just a few weeks, followed by Spain, with the toll of its unemployment which has already surged to almost 3.5 million.

The damage done to airlines is estimated to be somewhere between $63 billion and $113 billion (IATA)caused by the lockdown and restriction on travel. Another sector which seems to be hit badly is the tourism industry. Japan is likely to lose $1.29 billion in its tourism sector followed by Thailand with a total loss of about $1.15 billion. Similarly, the industries of construction and agriculture are also undergoing the burden of COVID-19. Moreover, the pharmaceutical industry is sailing in the same boat of shortage in products as India is undergoing a strict lockdown.

The world’s countries are required to join hands so as to eliminate the deadly virus. Collective efforts are what can take the steam out of the virus. There is a dire need of joint efforts on the part of G-2, G-7 and G-20. Similarly, easing monetary policies and putting expansionary policies into force are the needs of the hour. The expansionary policies would edge the productions and employment, thereby getting back on track to normality.

The most important sector laid bare by the pandemic is the health sector. The world is badly required to invest in equipping the health sector with modern medical and other technological apparatus so as to be able to do away with health-related issues in time effectively. Moreover, the deep-rooted and deep-seated global economic imbalance should be addressed. Countries should encourage sustainable growth. Henceforth, a vicious downward cycle in the global economy is not too far to be witnessed if we fail in kicking off joint efforts, because the recent economic recession is predicted to be a V-shape recession which ushers to an early recovery in lieu of the U-shape and L-shape economic recessions which take, comparatively, a longer period of time to get themselves back on a track to normality.

To squeeze the discussion in a bottle, COVID-19 has embarked itself on its journey of devastation in every facet of life coming in its way. It has and is causing damages of multifarious nature. COVID-19 could easily be said to have spared not even a single entity, especially that of the economy. The economic cost of the ongoing pandemic would reach to the pinnacle where it would pose itself to be irreparable, if the world fails in taking joint steps and applying timely response to the devastative COVID-19.

Shifts in India’s Security Policy towards Pakistan: From Sunderji to Cold Start Doctrine

Print PDF During 1980s and 1990s, India underwent significant transformation toward the orientation of paradigm of pragmatism in security and foreign policy of India. This resulted in further breakaway from the commitments of non-alignment which […]