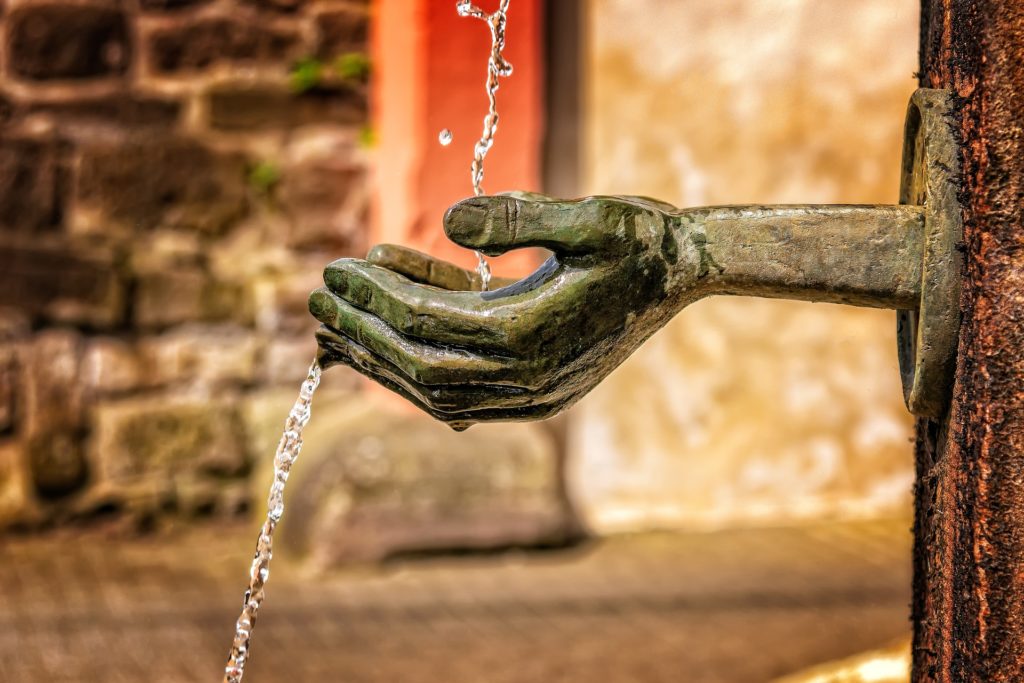 Pakistan’s scarcity issue is not only attributed to the shortage of water resources. On the contrary, it is the division and utilization of these very resources that must be rethought to prevent future disasters. Building dams may help us get by for a few years but truly understanding the complexity of our water resources may leave our children thanking us in the future.

Here are five things to know about Pakistan’s water situation:

Most research papers written in the past decade state that about 95% of Pakistan’s water resources are utilized in agricultural activities. The 5% left accounts for both industries and households. It is therefore important to acknowledge the fact that we’ve all been ignoring for the past couple of years: our agriculture industry needs immediate updates.

At one point in time, the Indus Basin irrigation system used to be one of the most advanced systems in the world. However, the 21st century is unforgiving to those who cannot grow. Floppy discs were a brilliant invention up until we discovered the next best thing, and today the idea of storing your data in 1.44 megabytes of space is simply absurd.

Pakistan’s primary irrigation method is basin irrigation, which involves flooding a basin with water, out of which nearly 60% is lost through evaporation and seepage. In a perfect world, if the same water were allocated more wisely, we wouldn’t need public service messages alerting citizens of an impending doom if they leave the tap open while brushing their teeth.

Conservation is a habit we all need to practice in any case, because the current water scarce situation isn’t going to fix itself any time soon and also because we might soon be facing global droughts due to climate change.

It costs billions of dollars to build a dam, more so if it is a hydroelectric dam, and even more so if the dam being built is managed by people unconcerned with the task at hand and immensely interested in profiting off the budget of the project.

Finances aside, a dam can take years to build. Mangla dam took nearly four years to build while Tarbela took eight. If water availability is an immediate problem, it needs immediate solutions. Cutting water losses is a good start; it provides visible impacts while we wait for the completion of a reservoir that will keep us afloat for another few years.

The long-term solutions need to be far more innovative. Water use simply cannot go on as it has for centuries. The world’s population was at 7 billion just 7 years ago. Today it stands at 7.7 billion and rising. The population of Pakistan nearly doubled in the past 20 years, but the resources remain almost the same. Climate change has promised a flurry of disasters including drought, floods, famine and other assorted atrocities. If we are to survive the next century, we need to start investing in our future before we lose the possibility of having one.

Climate change forecasts for South Asia are, to put it nicely, grim. This decade has been an Olympic race of heat records being broken one after the other. However, with rising heat, we see changing trends in our water resources. Greater evaporation from surface reservoirs, faster melting glaciers, devastating floods and ruined crops.

Pakistan has a lot to lose in this scenario. The under-availability or over-availability of water directly affects our agriculture on which more than half of the country’s population is financially dependent. Since Pakistan is not one of the major carbon polluters of the world, cutting our fossil fuel usage doesn’t make much economic sense for us but conversely puts us in a lose-lose situation.

There are several ways to mitigate the situation granted that immediate action is taken and a lot of these are to do with changing the way we grow crops. This can mean anything, from drip irrigation to greenhouses to full-fledged hydroponic systems. The point is that the biggest sector of the economy needs to be taken care of before it faces further damages.

The largest dead zone (low oxygen area) in the world is in the Arabia Sea right below Karachi, and it is nearly fifty times the size of Karachi itself. A dead zone means that no fish can survive in the area because of a severe lack of oxygen. This effectively puts a damper on our fisheries, not to mention the entire aquatic ecosystem that used to exist there.

The main cause of this dead zone is the overabundance of agricultural runoff pouring out from the Indus river. Because of the absence of strict regulation policies and a non-functional solid waste management system, a lot of the municipal solid waste, sewage, industrial waste and agricultural runoff often ends up the in the Indus which eventually leads it into the Arabian Sea.

It is difficult to treat water in such a polluted state, which is why strict regulations ensure that wastewater is treated before being released into open water bodies. This regulates the amount of harmful substances released into the open and reduces water pollution altogether.

Pakistan’s population graph has been steadily rising over the years. During the last census in 1997, the country had a population of 129 million. Today, 22 years later, it stands at 212 million. The importance of this fact is that while the population doubled in 2 decades, the available resources did not. With rising population comes a rise in demand, and it is necessary to bear this in mind as we draw plans to utilize resources efficiently. According to the UNDP, every 4 out of 10 Pakistanis live in poverty, and amongst these, 21 million people do not have access to clean water.

A country’s population can either be its strength or its downfall. The world is moving towards the fight against the climate crisis, and this very dilemma can be used to create new opportunities to lift people out of poverty while simultaneously building a cleaner future for ourselves.

It is crucial to identify and organize Pakistan’s short-term and long-term goals in terms of natural resources. We hold expertise in band-aid solutions, but we fail to acknowledge the existence of the problem once it is covered and out of sight. Innovation must be encouraged and stressed upon. There are a lot of people in the country working, researching and studying issues related to water and sanitation, and there are a lot of creative solutions for problems both great and small. The only thing missing is the connection to the industry itself, the allowance for such people to step up and do what they’re good at.

This new wave of environmentalism is essential to our survival. Resisting the changes that are to come will only push us back further than we are. The best way forward is to evolve as nature requires us to; invest in a greener future. This will not only create a better social atmosphere but will also help economics move forward by creating new means of livelihoods in all areas of society.

Ameera Adil is a graduate from National University of Sciences and Technology (NUST), Islamabad, Pakistan, and a passionate environmental engineer.

Is CTBT the Next Target for President Trump’s Administration?

Print PDFThe CTBT is a binding, yet not an in effect treaty, formulated in 1996. It imposes a moratorium on all nuclear testing for either military or civilian motives. The treaty has not entered into […]

Print PDF   Pakistan and India gained independence in August 1947. Ever since, one of the major issues that has become a thorn in the relationship of both countries is, “The issue of Kashmir”. Today we […]

Print PDFLast week thousands of people protested in Berlin against coronavirus restrictions–mandatory masks, social distancing and limited gatherings. Many in the affluent western European state regard the curbs imposed to contain the spread of the […]