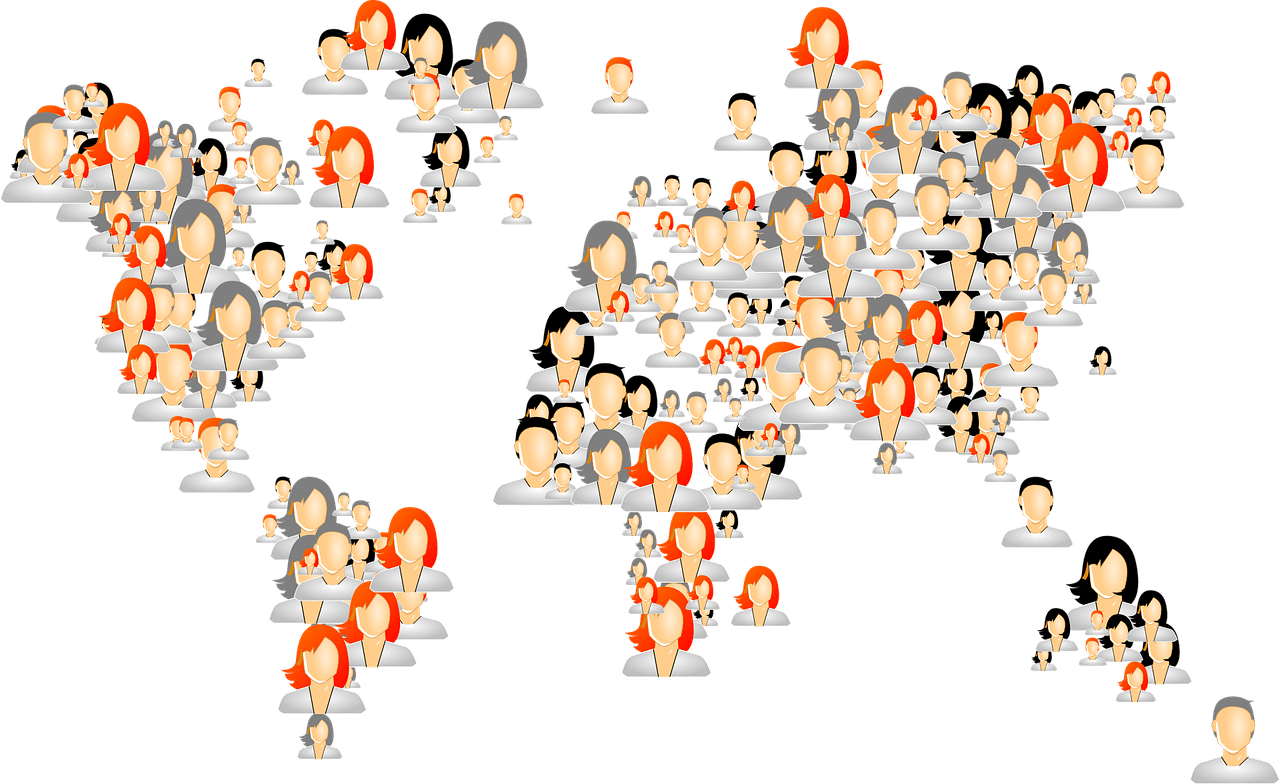 When a global calamity befalls the world, it leaves a convoluted impact on its destiny. The exponentially increasing number of cases and deaths due to the unprecedented pandemic named coronavirus, which has affected hundreds of thousands of people around the world, foretells that the full influence of the catastrophe is yet to be felt. The current status of the vaccine is undecided; and even if the cure is found, there are numerous barriers before the immunization can take place globally.

Similar to the preceding calamities and adversities the world has faced, such as the second world war or the financial crisis of 2008 – which have left a sizeable number of impacts on the political status of the world – the contemporary contagion also poses a few significant questions: will there be a global reposition in political and economic powers and sovereignties? There is no uncertainty regarding the unimaginable change in economic and social stratums of nations, but how will the unprecedented pandemic change the nature of world politics? To put it concisely, is this the beginning of a new world order or the end of this one?

The impact of the pandemic, undoubtedly, intersects with a changed social, economic and political hierarchy. However, COVID-19 is not just a biological disease but the precedent of different world order.

If we recall the second world war, it acted as an accelerator for the already rising nationalist movements in the European empires, which had once controlled plenty of the world, and weakened the empire before globalization. At present, the fear of recurring pandemics has driven European nations and the United States to take a step back and debate in favour of national protectionism and closed-door policies, whereas these are the same countries who are normally enthusiastically supportive of neoliberal capitalism, globalization, and free movement at borders

The deadly pathogen is now considered as a foreign threat in Europe, and the imposition is to “build walls and halt flights”. Marine Le Pen, right-wing populist and a nationalist leader from France, has called for closed borders with Italy. Her colleague, furthermore, has said that “the free circulation of supplies and goods accelerates the exponential spread of the disease.” Viktor Orban, Hungary’s prime minister, had also expressed concern and complained that Europe cannot afford to have open borders. Therefore, given the current popular narratives, globalization precipitates a nation’s prowess to save its borders from such pandemics.

The coronavirus not only threatens the people of European nations but the very idea of the EU itself. It is strengthening the anti-globalization rhetoric of nationalist movements across the region, thus, terrifying the already unequal economy of Europe. The fall of foreign trade in a region does not only influence the relevant region, but also affects the global system as a whole. Over the years, many companies relied on long-distance supply chains because of the public and political pressure to meet the target of lower carbon emission rates. For example, China’s and other Asian countries’ trade with the EU had increased sharply, which contributed to the rise of mutually beneficial globalization.

The aftermath of the pandemic seems murky for the free-market globalization of neoliberal capitalism. The financial crisis of 2008 already affected the dominant version of globalization – cross-border financial flows fell by more than sixty percent since 2007 – that grew swiftly during the last three decades before the crisis. What saved capitalism from entirely collapsing, in 2008’s financial crisis, is the liquidity of Federal Reserve System of the United States into the economy by central banks and China’s drastic investments in the global world.

Accordingly, the extravagant dependence on the nation-state can revive immoderate nationalism; however, global cooperation would be affected. Some experts argue that globalization and capitalism might not recover from the economic and political shock this time. The Organization for Economic Cooperation and Development, an influential think-tank, has warned that the economy could fall sharply for the first time since 2009 because of the outbreak.

The pandemic has outmanoeuvred neoliberal capitalism with a complete global shutdown. The system has taken advantage of the core institution of capitalism, the labour market, for three decades; and if the pandemic persists, small enterprises will be forced to declare bankruptcy. The labour market cannot work in the crisis as advised by federal governments, ergo disrupting the corporations and globally interconnected businesses. On the contrary, anti-globalizers or nationalists do not have the required solutions either to revive stability; it is a global crisis that ultimately requires global assistance from international groups or organizations.

Another impact COVID-19 might create is the rise of right-wing populist and nationalist groups, which would push the state in an authoritarian and centralized rule as the International Crisis Group, an independent monitoring organization, has warned that the fraudulent leaders “may exploit the pandemic” for their agendas and objectives. For instance, they could exploit people’s privacy and escalate the war with their adversaries, believing that international institutions have no authority over their nationalized state. The tactics that authoritarian regimes are using today to enforce law and quarantine over people could be used after the pandemic to shut down protests and strikes, resulting in the suppression of rights. As a professor of International Relations at Harvard University, Stephen Walt has penned that the contemporary crisis will create a “less prosperous, less open and less free” world.

Furthermore, we are already witnessing the shift in power, with China coming out as more resilient and dedicated to assist other countries and tackle the unprecedented cataclysm as compared to the US, which is struggling to restrain the pandemic. As the US stumbles, China is taking advantage by assisting other governments and now European and underdeveloped countries are looking towards China to send medical supplies and teams – nurses, ventilators, masks, and medicines. China looked at the pandemic as a blessing in disguise and produced a vast quantity of pharmaceutical items while on the contrary, the US could not meet its own demands, let alone assist others. During the Ebola virus, the US leadership led the coalition of countries to tackle the disease, but this time, the picture is grim for the superpower. China has taken the role of a global leader and with its robust diplomatic policies, it has accommodated dozens of countries in countering the pandemic.

The aftermath of the pandemic appears dreadful and ghastly for the underdeveloped and resource-less countries. Unstable and poor countries like Zambia and Mali – which has one doctor and three ventilators for every one thousand people – do not have the facilities or capacity to counter the virus on their own. If they manage to survive, the after-effects would be in a shape of utmost disaster and they would be unable to recover from the repercussions. It would amplify inequality in the world, with rich countries swiftly eradicating the virus and recovering from the pandemic and poor countries with weak healthcare systems suffering the consequences.

War-inflicted countries like Syria, Libya, Yemen, Palestine, and Afghanistan would suffer badly: the countries survive on foreign financial aid, hence, if globalization gets affected by the pandemic, rich countries would not have any incentive to send aid, leaving the countries in impotence. United Nations’ Secretary General, Antonio Guterres, has said that “the worst is yet come” for the war-inflicted countries and the world needs a “robust diplomatic” approach to “silence the guns” and proselytize peace.

The Pandemic So Far

Dark times bring out new aspects and changes to a nation’s view of conceiving and comprehending affairs. So far, the contemporary pandemic, according to the experts, has unveiled four key aspects:

If we manage to surpass the pandemic, the aftermath would be a disordered and chaotic world. A swift and cooperative response is required from the international community. Political leaders will require immense self-discipline and cooperation to turn the tables; they will have to set aside the geopolitical competition to overcome this crisis. Moreover, the social and economic disparities in the world are posing a significant threat to globalization. The unequal share of economic gains – financial capital, human capital, and skills – is causing inequality in the global market. If the world fails to eliminate the disparity and the capitalistic standards, we might see narrow-minded nationalism infiltrating the world.

Print PDF After delaying for months due to irregularities in the election process and shortcomings within electoral institutions, the results of the September 28, 2019 ballot to elect Afghanistan’s next president were announced on February […]

Liberal Hegemony on the Verge of Provoking Iran

Print PDFThe new year has kicked off with an inexplicable development in international politics. On 4th January, it was announced that Iran’s Islamic Revolutionary Guard Corps’ (IRGC) Quds Force Commander Qassem Suleimani was killed as […]