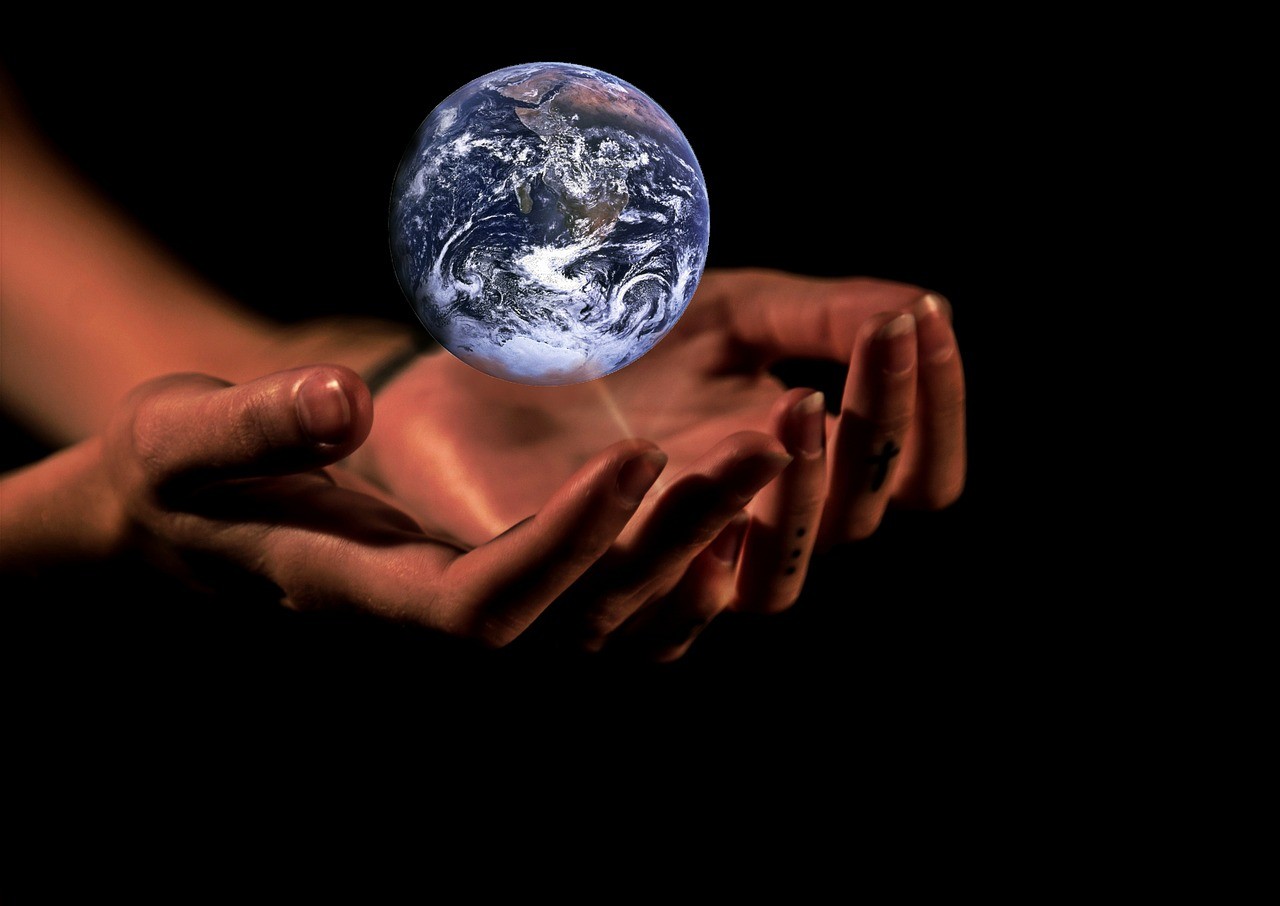 According to the Climate Risk Index for 2018 published by the German Watch Think Tank, Pakistan ranks as the world’s 7th country most vulnerable to climate change. This risk index analyzed the total damage caused to human communities by extreme and unprecedented environmental events, in the period from 1997 to 2016. In its stirring conclusion, it has not only posed an alarming question on our ability to cope with the changing world but has also forced a spotlight on the dire need for immediate adaptation and resilience programs to be implemented on a national scale. As Pakistan foresees a rise of 300% in its greenhouse gas emissions due to its target economic growth and keeping in mind both Vision 2025 and the CPEC project, Pakistan has to build on its capacity to face the gruelling challenges posed by accelerated environmental degradation.

The 128 countries that signed the Paris Treaty reached a mutual agreement on adopting mitigation and adaptation programs. While mitigation means to reduce one’s contribution to greenhouse gas emissions by switching to renewable and clean energy, adaptation translates to all efforts to minimize the cumulative damage incurred by human populations due to the changing environment. What adds to the complexity of the environmental problem is that currently, the most developed countries contribute the most greenhouse gas emissions while the developing and low-income nations have the most nominal shares in global emissions data. However, as the latter group of countries run low on resilience against the effects of climate change, due to lack of resources and systems in place to protect their populations, they incur the most damage. Pakistan’s plight is no different, being one of the lowest global per capita contributors to greenhouse gases. However, as it is geographically centred between China, the world’s top CO2 emitter at 27% share and India, the 4th largest CO2 emitter with a 7% share of global greenhouse annual emissions, this poses a dilemma. Even if Pakistan implements successful mitigation policies, it will hardly change the overall regional greenhouse emissions pattern alone, and so the country will still have to grapple with the consequences of dangerous levels of climate change.

In view of the above stated mounting evidence that Pakistan requires serious adaptation efforts, the big questions are about when we roll out these plans and where do we need them the most. It cannot be stressed enough that implementation has to start now, as we are globally in a race against the quickly manifesting implications of climate change. A quick glance at the country’s socio-economic and geographical landscape identifies agriculture as the most critical sector in need of resilience systems.

Pakistan’s agricultural sector, supporting 43% of total labour and the source of almost 20% of the national GDP, is no doubt the lifeline of our society and economy. Yet, it still awaits proper adaptation policies, something which puts at risk the profits, jobs and nutritional resources linked with agriculture. Climate change will cause shifts in monsoon periods, decrease the amount of rainfall, raise the average annual overall temperatures and cause more floods of the Indus River in summers due to rapid melting of its source glaciers. This means that crops will have to endure hotter conditions, low water availability and sudden unpredictable bursts of rainstorms. All of these will change patterns of crops growth and harvest periods and their lack of proper nutrition could make them more susceptible to plant diseases. This year, South Punjab faced unseasonal gusts of gale and hailstorms in April 2019, which completely destroyed standing crops like wheat and maize in many parts of the province. Similarly, the late onset of extreme monsoons could spell flood risks along the Indus River, causing loss of human lives and their livelihoods.

However, only 2% of the national budget was allocated for research on agriculture this year, and any grassroots level policy for adaptation efforts remain yet to be seen as fully functional. In a country where more than 80% of farmers are small landlords holding a share no greater than 5 hectares, the first step to adaptation is setting up prompt and effective communication networks across the country. Tailored weather reports must be transmitted well before the time of expected events on radio and television networks, while regional information centres must also be set up so that farmers can be informed ahead of time and prepare accordingly. Mobile weather sensors can also be distributed and subsidized, though they still remain a costly approach. Much more government help would be required financially, whether in supplying genetically modified seeds, providing crop insurances, or for building up small-sized reservoirs to collect rainwater and minimize the extent of floods. The current government’s ambitious Billion Tree Project too could be useful, if the trees are planted in low lying areas prone to floods on the Indus Delta. Only if we take these and many more such necessary measures, could we hope to sustain the country’s nutritional and financial needs, while combating the adverse effects of climate change?

While it is conventional to look within a country’s economic and social data to decipher where the communities could be at the most risk from climate change, there have recently occurred some freak environmental phenomena that have almost immediately inflicted a massive level of human or financial tolls. Hence, though they have taken the masses by surprise, they require urgent levels of resilience building and planning of adaptation. One such case is the occurrences of intense summer heat waves, claiming human lives across continents in whopping numbers. In 2015, a heat wave across India and Pakistan claimed 3,500  lives and left many more in serious affliction. Heat waves are categorized as periods of two or more days of sharp, unforeseeable spikes in temperatures, and they happen most noticeably in densely populated urban centres. Extreme heat causes severe sunburns, dehydration, fatigue, unconsciousness and even death in case of prolonged exposure to the harsh weather. It mostly affects the population that is least equipped to deal with climate change, such as the homeless or the manual labour force. As these people fall sick, it creates an emergency task for rescue workers and an added weight on the health sector. As heat waves are alien to many, much of the country’s systems are not equipped with the bare essentials to cope with them in future. Doctors, nurses and rescue workers have to be provided with more research and information on how to handle such emergency cases; shelters would be likely needed in cities to provide relief from direct heat to the marginalized poor population, and our communication networks need better integration of weather updates and their dissemination. One could even argue that since the summers are consistently becoming hotter each year, there should be discussions and proposals on changing working hours for the public in bigger cities, as the heat conditions may become fatally dangerous during the intense hours of noon. None of these is fallacious predictions or assumptions; the world has already begun to address this exacerbating issue seriously. The United Kingdom, after facing record high temperatures in summer 2018, and now expecting to go through its hottest summers yet in 2019, has rolled out its adaptation programs to build systems to protect its citizens and their assets from impending threats.

To conclude, while Pakistan needs to continue with its mitigation efforts for greenhouse gas emissions keeping in line with the Paris Accord 2016, it also has to actively incorporate adaptation systems whereby the public is educated, helped and provided with enough safety nets that they are not at the complete mercy of a rapidly shifting climate. In fact, the only way to keep on track with our set economic growth targets and global sustainable development goals is for Pakistan to safeguard and empower its people against environmental shifts. Only then can one hope for the efficiency and for our financial systems to contribute to the overall betterment and quality of human life.

Flood in India: A Case of missing Nuclear Device

Print PDFOver the past few weeks, the world has been under a semi-lockdown, courtesy of COVID-19. Only necessary markets remain open, traffic is dwindling like passive hair loss and people are visibly off the streets […]

Print PDFIn times when making it out alive is based on luck, getting tested for coronavirus has become an essential tool to save lives. The unavailability of enough kits and inefficacy of swab tests has […]