BHUBANESWAR: 2018 was a landmark year for the country’s elite Defence Research and

deterrence with most of the indigenously developed missiles and weapon systems

tasting success during both experimental and user trials.

The DRDO and armed forces conducted tests of 20 missiles, including two newly

developed systems and advanced version of Pinaka rocket. The missiles, which were put

India’s defence preparedness got a boost with the induction of B-05. Kept under wraps

for years, the missile was secretly test-fired back-to-back from indigenously built

after being inducted in the armed forces. This makes India the sixth nation in the world

to have a credible triad of nuclear-enabled missiles that can be fired from land, air and

only demonstrated repeatability and robustness of the weapons, but also proved the

ability of the armed forces to fire the missiles any time and under any circumstances.

barring the trial of QRSAM from the Integrated Test Range (ITR) off Odisha coast. The

missile test fired on April 9 failed to deliver desired results. In a major breakthrough in

missile technology, the DRDO on May 30 successfully carried out the first test of a new

The missile, powered by SFDR, is the fastest in its class and capable of destroying fast

seeker from Pokhran range on May 21 and March 22 respectively. Both the tests

paving its way for induction.

Maharashtra on September 15. The missile, best in its class in the world, is expected to

wire-guided missile Konkur, which are in service with the army. Indigenously

The SAAW integrated with a live warhead destroyed the targets with high precision.

boosted the morale of Indian Air Force (IAF). The missile, an upgrade of Helina, has a

Before Launch mode. It is one of the most advanced anti-tank weapons in the world.

nuclear-powered submarine, to have completed its first deterrence patrol. The 6,000-

In a first-of-its-kind exercise code-named CROSS BOW-18, the IAF conducted tests of

during day and night in an integrated networked environment.

forces this year. The missiles included exo-atmospheric (outside the atmosphere)

interceptor PDV, which destroyed the target fired from a ship mimicking an enemy

weapon, at an altitude of above 100 km. Three other tests including two of Prithvi-II and

one of Agni-I were carried out in just over one month. Clearance from the Ministry of

in Krishna district of Andhra Pradesh also brought cheers for the DRDO. The test facility

R&D in August. From a young navigation scientist and system manager he rose steadily

selected for the coveted post. He is known for his significant contributions towards

indigenous design, development and deployment of diversified missiles and strategic

systems and invigorated the BMD programme and developed the mission critical

India took policy decision to set up two Defence Production Corridors, one each in Uttar

‘Make in India’ initiatives. All-women crew It was also a year of another milestone for

Payal Gupta completed their 254-day circumnavigation of the globe on May 21. Mid-air

delivery vehicles in and around harbours. It will be deployable and retrievable as and

when required. While PDDS deployment system has been developed, field evaluation of

the deployment system will be by early 2019.

from ship, helicopter or fixed wing aircraft. It has dual speed capability and endurance

were conducted wherein torpedo made the full run as permission sequence. Unmanned

intelligence, surveillance and reconnaissance roles for the three Armed Forces.

It has been designed to operate at 30,000 ft above mean sea level altitude and is capable

and development of NGARM having a range of 100 km. AKU-58 launcher after suitable

modification will be used for missile integration on Su-30 MKI aircraft. Successful static

in June and July respectively.

integrated on LCH has been conducted successfully by Hindustan Aeronautics Limited

(HAL) on January 31. The flight was of 20 min duration and engagement of this system

was flawless throughout the flight. Third submarine of the Scorpene/Project-75 (Karanj)

was launched by Mazagon Dock Shipbuilders Limited on the same day. 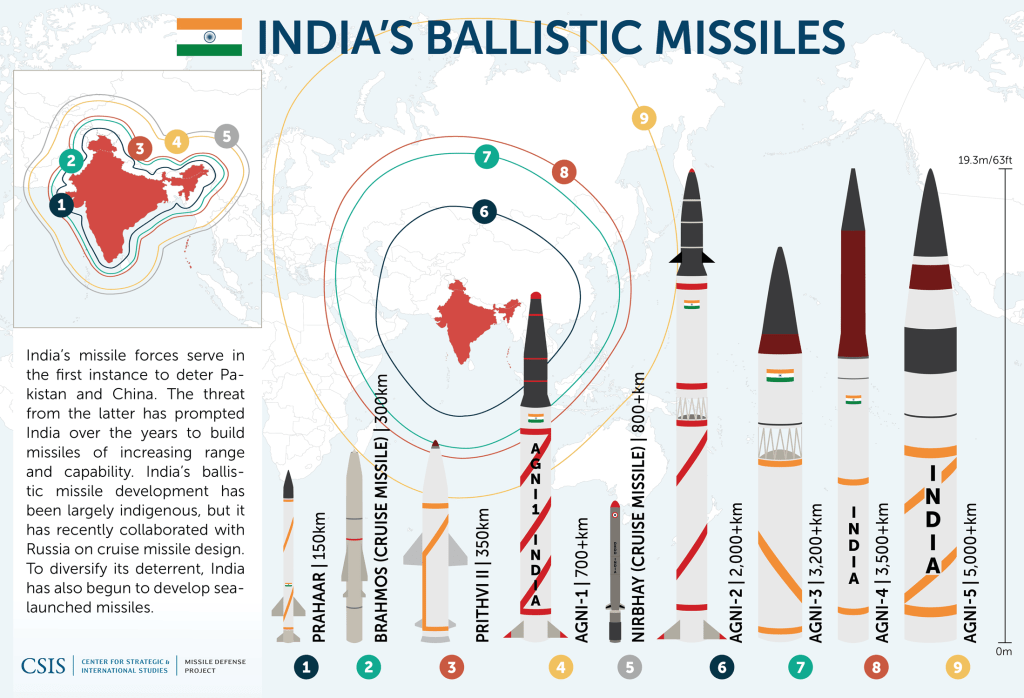 Print PDFRecent developments in the subcontinent have been daunting. India has revoked Article 370 of the Indian Constitution which granted a special status to the valley of Jammu and Kashmir. After the Maharaja of Kashmir […]

Print PDFThe post-Pulwama military crisis and India’s recent move to revoke articles 370 and 35(A), which gave Indian-held Kashmir a distinct constitutional status and administrative structure, have not only raised the ominous prospect of war […]