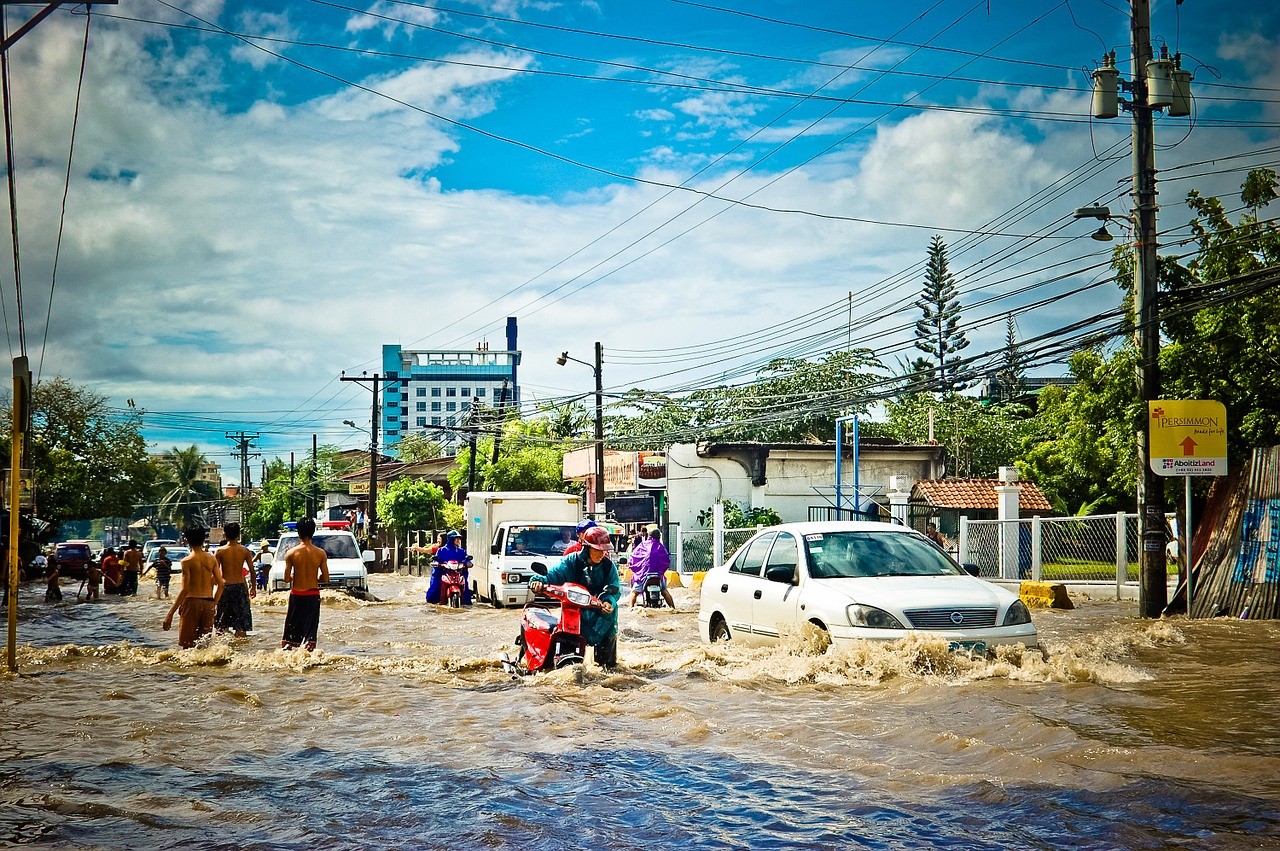 Climate change is a severe threat to the prosperity and security of the world. The destabilizing effects of climate change have drawn the concentration of the world with storms, droughts, and floods. At the international level, political, humanitarian, geographical, military and economic catastrophes happen which cause political instability and may weaken the domestic governments. As per the United States Defense Department (USDD), sea levels are rising, and debacles are affecting the underdeveloped nations. Due to climate change, global warming is endangering the weather with intense heat waves. In 2014, United Nations Secretary General (UNSG) Ban Ki-moon stated that “Climate change is an evident security dilemma like an armed force bent for plundering.”

If Climate Change is not sufficiently addressed, there would be ample chances of dire insecurity implications for Pakistan in social, economic, geographic and political sectors. According to the Climate Risk Index (CRI) report of 2016, Pakistan is the 7th most vulnerable country to climate change and global warming. Pakistan has experienced 141 disastrous weather events, including floods, storms, cyclones, heat waves and many others. Two major catastrophic events were the 2005 earthquake and the 2010 super floods which displaced hundreds of families and damaged properties worth billions. Climate change has not been seen a sectoral issue but a multi-dimensional problem. Pakistan is suffering from numerous social, economic, political and geographical problems; those are directly impacting national security of Pakistan. Climate change is like terrorism which cannot be eradicated from its roots but can be downgraded with the passage of time.

Lt. Gen. Tariq Wasim Ghazi, a member of the Global Military Advisory Council on Climate Change (GMACCC) said that we cannot discuss climate change without the military discussion—climate change is a flourishing threat to worldwide peace and security, particularly for Pakistan. Pakistan was at the 10th position in 2014 CRI of vulnerable states list and today lies at the 7th. Ghazi added that 70% of the world’s states, including Pakistan are facing climate change as a national security challenge, today.

Most security studies scholars have addressed the securitization of climate change which may help to amplify public apprehension but the competition between individuals, groups and states poses risks due to their collaboration and clear production avenues. In addition, climate change and global warming are mainstream issues which must be addressed in a deliberated way that comprehends security disruptions.

In the economic sector, climate change presents critical ramifications for Pakistan because of water shortages and less generation of agriculture. Pakistan’s greater part of the populace relies on agriculture; any volumetric harm to this area would be an expostulation for Pakistan’s economy and trade parity would be retrograded. Categorically, the economy is one of the significant pillars for any country’s advancement and stability, yet climate change is in a negative relationship with the economy. In the 2010 super floods, more than 20 million individuals were displaced, and economic losses were worth $10 billion.

Mass migration has been one of the incremental consequences of climate change. It has raised issues like water scarcity, flood, drought or cyclones; migration within the country engenders political brawls and resentment among people. Baluchistan could be seen as an example, where Baloch nationalists feel threatened by the presence of non-local people such as Afghanis and Punjabis.

The Eighteenth Amendment has lessened the element of disagreement among provincial governments, but climatic changes have exaggerated issues among provinces. In particular, water distribution has been a major challenge.

In 2012, the first ever National Climate Change Policy (NCCP) was introduced by the Environmental Ministry of Pakistan and commenced in February 2013 with contributions from the United Nations Development Programme (UNDP). It gave one hundred and twenty recommendations, including improvement in three major sectors: energy, agriculture and transport. Particularly, national policy of environment is aimed at the protection and preservation of the environment and enhancing citizens’ life quality.

As mentioned, climate change is an abrasive threat for Pakistan’s national security. It is worth noting that Islamabad is the 5th country in the world to have adopted legislation for climatic issues, in addition to devising forest and wildlife policies. The Ministry has been arranging seminars and conferences on ‘climate change issue and future threatening prospects’ in the metropolitan cities of Pakistan, as well as attending similar ones at the international level.

Imran Khan’s government has taken the positive step of planting one hundred million trees to make Green Pakistan in his tenure. In 2016, the climate change ministry of Pakistan had taken the support of $37 million from the Global Climate Funding to prevent glacier lakes from bursting in Gilgit Baltistan (GB). Numerous schemes are approved, worth 3144 million rupees, and include the Establishment of Geometric Centre for Climate Change, various Green Pakistan Programmes, Sustainable Land Management Programmes to Combat Desertification, Establishment of WASH Strategic Planning and Coordination Cell and Climate Resilient Urban Human Settlements Unit.

In order to cope with the aforementioned issues, Pakistani policymakers should consider these ways forward:

Pakistan is confronting huge challenges because of climate change. These are affecting Pakistan’s national security at the momentous levels. Wherein, climate change and global warming are the mainstream issues, the must be addressed in the deliberated way which comprehends the security disruptions.

About Mehtab Ali Bhatti 5 Articles
The author is undergraduate student at the National Defense University, Islamabad

Print PDFLast week thousands of people protested in Berlin against coronavirus restrictions–mandatory masks, social distancing and limited gatherings. Many in the affluent western European state regard the curbs imposed to contain the spread of the […]