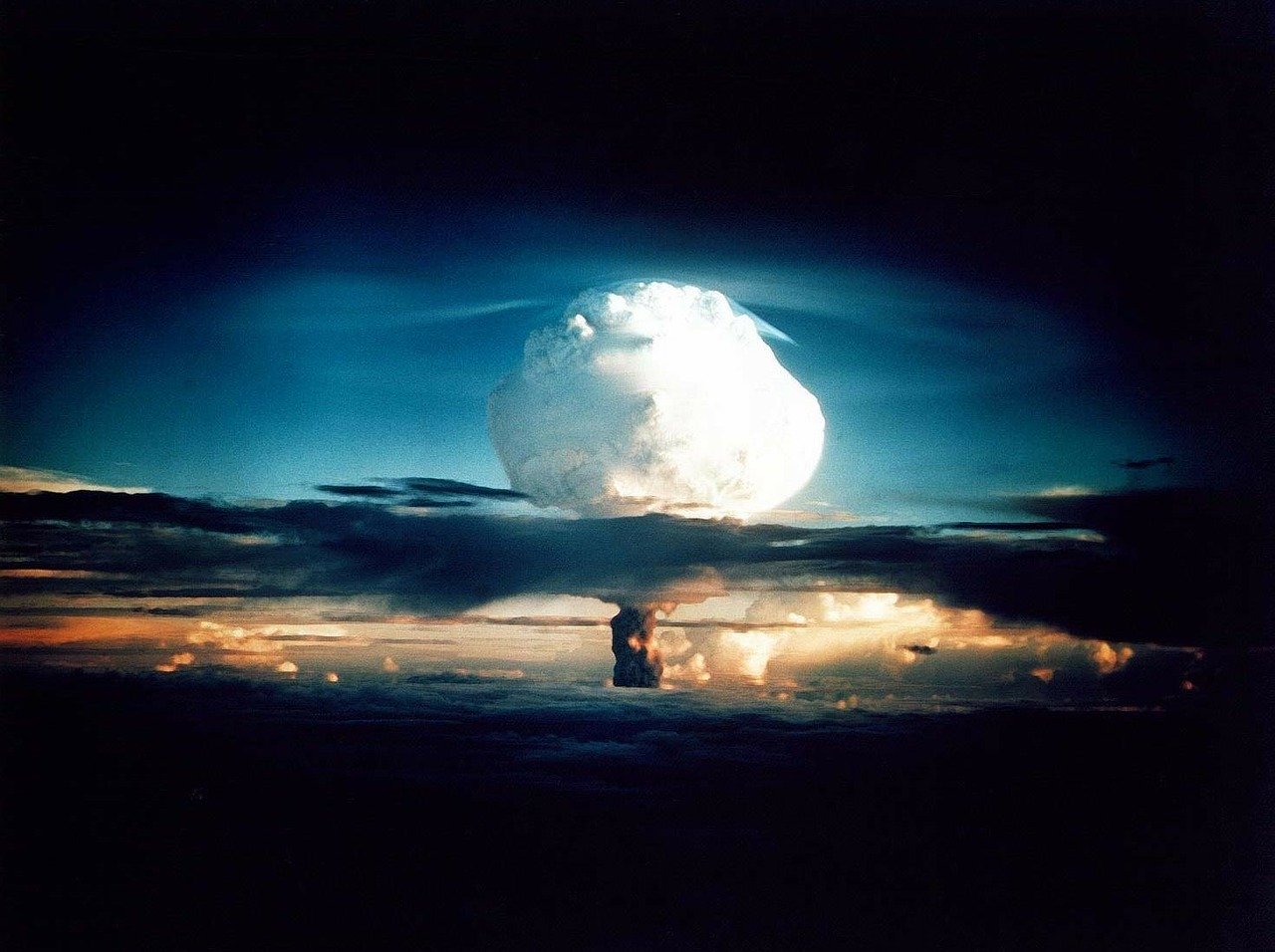 The February 2019 military crisis has once again exposed the fragility of the India-Pakistan deterrence relationship that continues to remain under stress for various internal and external factors. The long history of wars and the propensity of both countries to indulge in military crisis in a nuclearized environment with increasing frequency poses a major challenge to strategic stability in South Asia.

Contextualizing Deterrence Stability.           Deterrence is a coercive strategy used to persuade the adversary that it must not act in a way that could be considered detrimental to own security interests. Deterrence, as a concept predates the advent of nuclear weapons, but in the nuclear age, it is mostly associated with the use, or the threat of use of nuclear weapons, to achieve the desired political objectives.

Nuclear weapons are considered to be ‘political’ weapons and must never be used, unless the very existence of the state is at risk. Nuclear deterrence nevertheless faces inherent dilemma – nuclear weapons deter by the very fact that they remain useable, and if a nuclear possessor state continues to insist that it will never use these weapons, it will no longer be able to perform their primary function of deterring the adversary.

Nuclear deterrence can be divided into two main categories: deterrence by punishment and deterrence by denial. Former promises punitive retaliation to discourage and prevent the adversary from pursuing an undesired path, while the latter aims to complicate the cost-benefit calculus of the adversary and reducing the incentive for pursuing an undesired path that is viewed detrimental to own security interests. There is yet another form of deterrence known as the ‘compellence’ strategy, which aims to coerce the adversary to adopt a certain course of action under the fear of nuclear retribution.

Due to the complexities involved in deterrence by the punishment model, most nuclear states prefer to opt for deterrence by the denial model by building their conventional capabilities and raising the nuclear threshold. Conventional deterrence, nevertheless, has its own inherent limitations and could be challenged by the adversary. This does not necessarily mean that the contestable nature of conventional deterrence makes it less credible, or the incontestable nature of nuclear threat would always be more credible.

Nuclear Deterrence and India-Pakistan Nuclear Crises.      Pakistan and India have fought three wars since their independence (1948, 1965 and 1971). After the nuclearization of the region, there has been no major war between the two countries, however, both countries have engaged in a series of military crises, which included 1986-87 (Exercise Brasstacks); 1999 (Kargil Conflict); 2001-02 military stand-off (Twin Peak crisis); 2008 (Mumbai Crisis); and the most recent one of February 2019 (Balakot Strikes).

The increasing frequency of crises has been attributed to a phenomenon known as ‘stability-instability paradox’ – if there is stability at the strategic level, adversaries would have greater incentive to engage at a lower spectrum of conflict with each other. There is however no conclusive evidence to corroborate whether the past crises were a result of stability-instability paradox or an outcome of different perceptions of each other’s capabilities and intent.

Despite experiencing several military crises both countries were deterred from engaging in a major military conflict mainly due to the presence of nuclear weapons. During the two major crises of 1986-87 and 2001-02 where India had threatened to launch a major military offensive, Pakistan resorted to ‘deterrence by punishment’ model; whereas in the rest of crises (1999, 2008, 2019), ‘deterrence by the denial’ model seems to have prevented both sides from climbing up the escalation ladder.

During the recent military crisis, the Indian leadership did threaten the use of nuclear weapons, but these statements were seen mainly intended to appease the domestic audience and to build BJP’s nationalist credentials. Such rhetoric could however influence Pakistan’s strategic thinking and could be destabilizing for the region.

Challenged Assumptions.      The Balakot crisis has also challenged some of the prevailing assumptions about the nuclear South Asia. It was generally assumed that after the introduction of the Full Spectrum Deterrence (FSD) posture by Pakistan, there is no space for ‘any’ military conflict between the two nuclear-armed neighbours. On the contrary, India not only claimed to have launched a land-based surgical strike in 2016, but also carried out an aerial surgical strike in February 2019. Pakistan did not respond to the 2016 surgical strike and negated India’s claim, but opted to provide a matching response after the 2019 aerial surgical strike, which led to the shooting down of two of the Indian Air Force aircraft. This aerial battle may help strengthen the prevalent Indian perception that space for a limited conventional military conflict does exist between the two nuclear armed adversaries.

Another commonly held assumption was that in response to India’s military aggression, including a limited conventional strike, Pakistan would be forced to use its nuclear weapons. Instead, Pakistan not only opted to respond proportionally with a counter surgical strike, but also demonstrated visible restraint in its nuclear signalling. This not only helped re-establish the credibility of conventional deterrence between the two countries with asymmetric conventional potential but may have helped reinforce Pakistan’s FSD posture.

There was also a belief that in case of a military conflict between the two countries, India would be willing to escalate conventionally and launch its much-trumpeted Cold Start Doctrine (CSD), while avoiding Pakistan’s perceived nuclear redlines. But after suffering military humiliation during the 2019 Balakot crisis, India seemed to have deterred from further escalation and did not attempt to widen the conflict across the international border.

Lessons for the Future.    Some of the lessons from the Balakot crisis that may be useful to predict the trajectory of future crisis: One, existence of nuclear weapons would continue to remain a major determinant in deterring a major war between the two nuclear possessor states, but the perceived instability at the lower spectrum of conflict could lead to uncontrolled escalation and miscalculation in an emotionally charged political environment. Two, non-state actors have the potential to precipitate a military crisis, especially if the political environment in the Indian Occupied Kashmir continue to remain unstable for longer periods. Three, the growing influence of extremist Hindu ideology in India’s decision-making process could lead to miscalculation and unintended escalation that may be difficult to manage.

Conclusion.     India and Pakistan have managed to avoid a major war since the nuclearization of the region, mainly due to the presence of nuclear weapons and the role played by the international community during the past crises. Growing distrust between the two countries; India’s drift towards extremism; and the reluctance by the major powers to intervene in a future India-Pakistan crisis have heightened the risks of uncontrolled escalation between the two regional adversaries. It is therefore important for the leadership on both the sides to help reverse the current negative trajectory that could unnecessarily end up into a serious military crisis with consequences for regional as well as global security.

About Dr Adil Sultan 32 Articles
Dr Adil Sultan is a Director at the Centre for Aerospace and Security Studies (CASS) and co-founder of Strategic Foresight for Asia (www.strafasia.com). He can be reached at [email protected] Twitter @adilsultan.

Print PDFThe concept of appointing a Chief of Defence Staff (CDS) is not new in India and had been debated for over two decades since Kargil War, to synergize the operations of all the three […]

Print PDFThe Kuala Lumpur Summit in Malaysia, which is being dubbed as the beginning of a new Islamic bloc, ostensibly to replace the Saudi-led Organization of Islamic Cooperation (OIC), took place from 18-21 December 2019. […]

The Operability of Non-Stealth Fi …by Ahmad Ibrahim9 hours ago