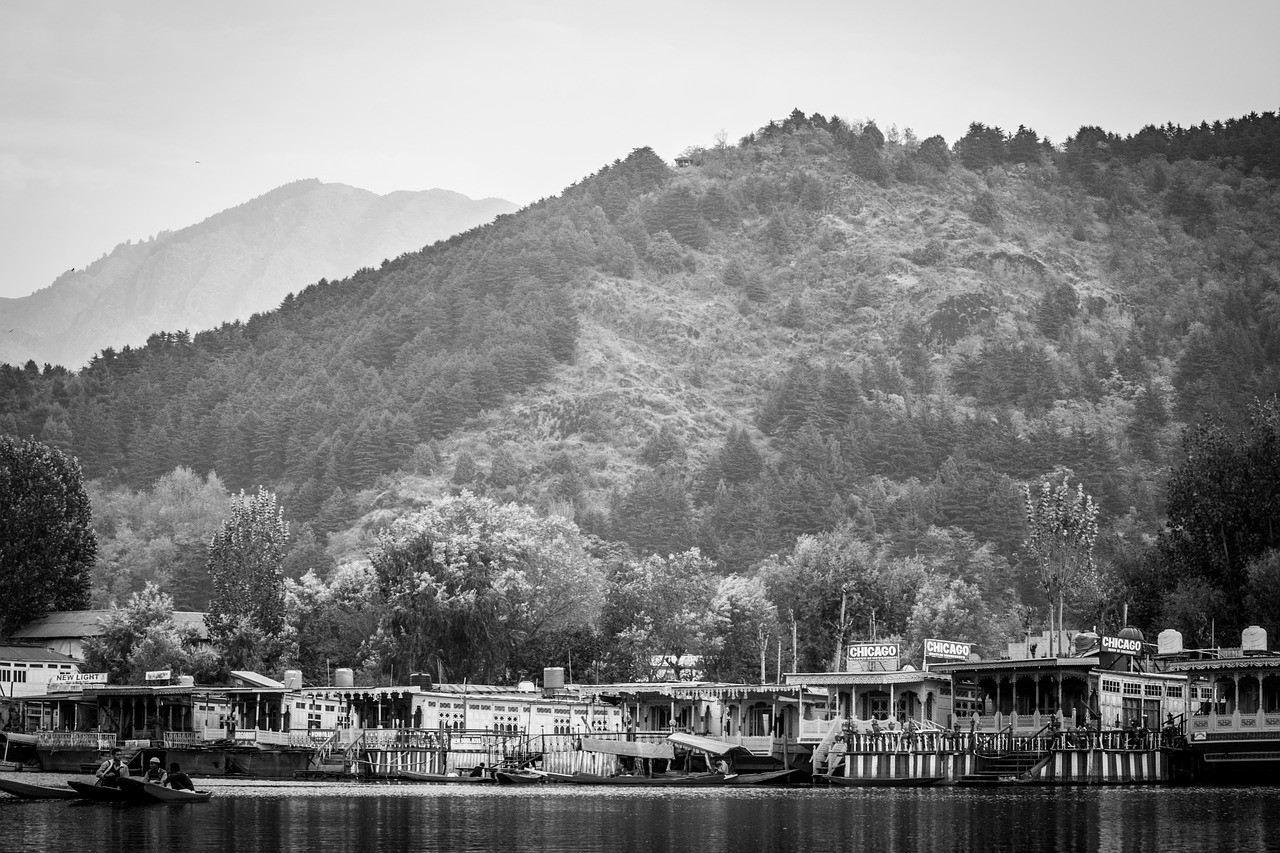 He may be struggling to cope with daunting challenges at home, but when it comes to international forums where being personable and eloquent carry weight, Imran Khan’s charismatic personality, western education, familiarity with Western culture, passionately delivered words, sincerity of purpose, and audacity to take on the West make a perfect combination for, at least, his domestic support base. Though he had already proven his credentials while representing his country abroad, the Prime Minister’s speech at the United Nations General Assembly (UNGA) on 28th September was another acme in his nascent ‘diplomatic career’.

Exceeding the prescribed limit by more than half an hour, Imran Khan’s passionate address, if assessed according to strict oratory standards, might not be graded as outstanding or incomparable. But in terms of its content, dedication and earnestness of words, it was one of the best speeches to have ever been delivered by any Pakistani leader at the UNGA.

Addressing a range of issues haunting the Muslim community, South Asia and the world as a whole, Khan allocated some 25 minutes of his emotionally charged speech to the erupting nuclear volcano that is Jammu & Kashmir (J&K). He highlighted the barbaric clampdown and outrageous human rights violations committed by the fascist Modi regime, besides accentuating that soaring tensions between India and Pakistan could push the two antagonistic neighbours towards a nuclear exchange.

Khan himself did not appear too optimistic about the world community rallying around his cause even after his speech; however, by means of meetings with various global leaders, talks in key think tanks and the appeal at the UNGA, he was at least able to sensitize the world about an imminent bloodbath and the potential consequences of the Modi government’s reckless brinkmanship in the occupied valley.

In the wake of India’s revocation of Jammu and Kashmir’s special status, Pakistan launched a diplomatic offensive to garner international support against the malevolent move. Nevertheless, despite tall claims, it remains a fact that except for China, Turkey, and Malaysia, none of the countries sided with Pakistan over Kashmir.

An obvious shock came from the Middle Eastern countries, most notably Saudi Arabia and the United Arab Emirates (UAE) which had just lent billions of dollars to Pakistan in an ostensible normalization of relations. These “brotherly countries” did not even express “concern” about the deteriorating situation in Jammu and Kashmir; the Emiratis went so far as to confer their highest civil award to Modi, besides labelling the issue at hand as India’s internal matter.

The flagbearer of liberalism and the so-called champion of human rights, the United States of America, was once again conspicuous with its symbolic paradoxical approach. Despite the fact that President Trump reiterated his offer to mediate between India and Pakistan, the acting Assistant Secretary of State Alice Wells, during a UNGA press briefing, expressed concern over “widespread detentions” in the occupied valley and asked India to resume political engagement, while laying emphasis on Pakistan needing to ensure that no “cross border terrorism” takes place. This comment and the attached perception of Pakistan can be attributed to India’s years of lobbying and narrative shaping.

Although the OIC contact group on Jammu & Kashmir and the UN Human Rights Council expressed “serious concern”, with the latter asking India to end the clampdown in Kashmir, Pakistan’s diplomacy failed to persuade the council to pass a resolution condemning India’s tyranny in the occupied valley.

However, a sanguine development was the continuous coverage of a besieged Kashmir by the international media, thanks to Modi’s tyrannical actions, the “voice of silenced” Kashmiri people and Khan’s passionate imploring. It is unprecedented that the Kashmir issue remains in the focus of the international media even after more than two months after India acted as it did. The most recent example was an opinion piece by the New York Times Editorial Board, which stressed that the UNSC must oppose Modi’s actions.

The global community’s numb and apologetic response towards the ongoing blockade of Kashmir is just another manifestation of the bitter realities governing international relations. While standing at the UN, the symbol of liberal institutionalism, Khan asked the world to choose between “materialism and human rights”. But he was aware that the world, for the time being, is preferring the market of 1.3 billion people over the plight of 7 million Kashmiris.

In fact, it is time to recognize another virtual reality; that “liberal institutions” are essentially the tools in the hands of great powers, which they manipulate to further their own designs. Diplomatic charm, unless backed by robust national power, does not create the required impact.

The US may have declined in its global sway but it has yet to abdicate the global leadership role, and it enjoys a close geostrategic relationship with India. Had it pressurized India to lift the curfew, it could have landed the ever-defiant Modi government in hot water. But Trump’s America, which has gone increasingly isolationist and is least concerned about liberal values, seemed content with the “all is well” mantra invoked by Modi during his recent visit to the US. Certifiably, America’s grand design to use India as an offshore balancer against emergent China, despite its despicable human rights record, complemented by the $142 billion bilateral trade volume, countermands the liberal values of the United States’ founding fathers.

While Khan has achieved success in “sensitizing the desensitized” global community, thanks to the “voice of silenced” in Kashmir, there is minimum pressure on India to end the clampdown and the Modi government is ready to bear any kind of pressure, even if it is at the cost of staining its “benevolent democratic face”. In fact, speedily driving its country into the abyss of fascism, the Modi regime does not seem too worried about international concerns. And to deal with any dressing-down they have already devised a plan of action based on Denial, Diversion and Denouncement (3Ds). Since, at the international level, no law or resolution can be enforced until the P-5 countries are prepared, an all-out amnesty for India is evident and seemingly imminent.

With the rise of populism, liberalism is in retreat and the world has a history of appeasing fascists until they reach its doorsteps. However, in the case of South Asia, the fascist Modi regime may never reach the doorsteps of the P-5 because of its seemingly narrow agenda. However, the aftermath of its actions in the form of the consequences of a nuclear winter in South Asia can certainly reach P-5 countries to pollute their “clean environments”.

This is exactly the scenario warned against by Khan during his UNGA address but was labelled as nuclear blackmail by some of the commentators. Nevertheless, given the brinkmanship the Modi government appears ready to venture upon to divert attention from India’s economic slowdown and domestic challenges, the possibility of a future conventional war escalating to a full-scale nuclear exchange cannot be overruled altogether.

In the case of Kashmir, in recent years, Pakistan has steadily conceded space to India. During the Cold War, it enjoyed an edge over India in international diplomacy due to its close relationship with the US; but towards the start of the 21st century, as changes started to unfold in the global geopolitical landscape, Pakistan’s geostrategic relevance for the America decreased. This was followed by a steep decline in its economic power, which is considered to be the most consequential factor in contemporary international relations. Less sway on global stage meant less consideration from world powers and this is exactly what happened for Khan during his ‘Mission Kashmir’.

However, to regain the conceded space and to convince the world about its high moral ground regarding Kashmir, Pakistan will have to strengthen its own position on the world stage by increasing its economic relevance and by remedying the previously existing discrepancies in its approach towards Kashmir. Recently, Khan was praised after he warned against anyone crossing the Line of Control (LoC) as it will allow India to exercise “diversion” from the real issue of human rights violations and shift all the blame to Pakistan.

This approach may appear irrational, given the gravity of the situation in occupied Kashmir, but it would benefit Pakistan and the Kashmiri people in the long run. The more the curfew in occupied Kashmir is prolonged, the greater the chances for India to be pushed to the back foot. And because it has already lost the hearts and minds game in Kashmir, it will not be possible for India to subjugate 7 million people by using unchecked force for too long. Consequently, the “voice of silenced” will turn into an uproar that may not be suppressed by whatever form of pogrom fascist Modi is ready to employ.

Print PDFOver the past few days, for all the good reasons, Pakistan is being hailed for having achieved the UN goal of combating climate 10 years prior to the deadline particularly attributable to the implementation […]

Print PDFOne of the most well renowned Prussian General and Military Theorist van Clausewitz in his book On War posited, “ War is the realm of uncertainty: three-fourths of those things upon which action in […]