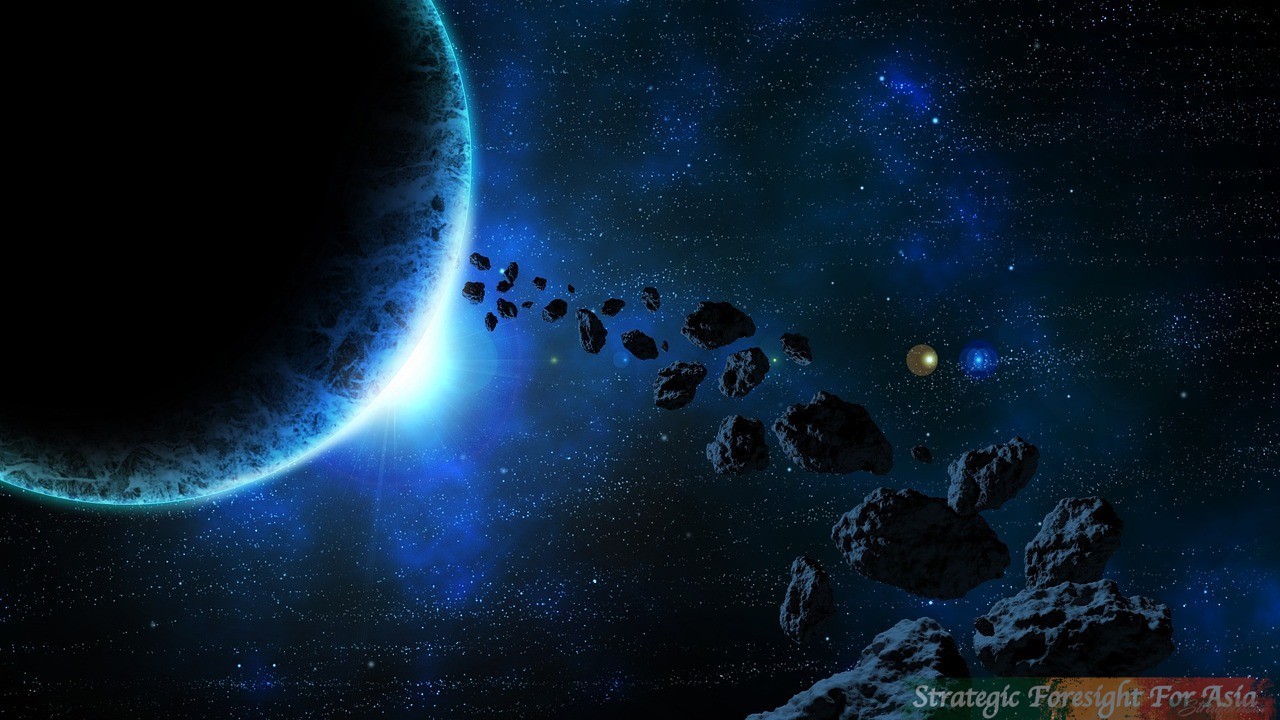 India tested its anti-satellite (ASAT) missile on March 27, 2019, by destroying one of its own satellites and claimed that it has joined an ‘elite’ group of countries with the ASAT capabilities, which includes the United States, Russia, and China. The timing of the test was meant to boost Modi’s political fortunes as he is contesting the most difficult election of his political career. It nevertheless, remains to be seen whether the acquisition of a new capability will influence the public opinion in his favour, or the prevailing ground realities would unravel India’s image of a potential great power.

Given the fact that despite its economic progress, India still continues to face crushing poverty, with 75 percent of the population living below the poverty line, where thousands of impoverished farmers have committed suicide and where over 200 million people lack even rudimentary toilet facilities. While this is a choice for the Indian people, the fact remains that Modi’s desire to become Darth Vader by pursuing an Indian star-wars programme will trigger the militarization of space and further undermine strategic stability in South Asia.

Describing the test as an example of India’s ‘technological progress’, and maintaining that “India has no intention of threatening anyone”, Modi claimed: “India has always been opposed to the weaponization of space and an arms race in outer space, and this test does not in any way change this position.” This is the same type of Orwellian doublespeak that was used to describe India’s 1974 nuclear test as a ‘peaceful nuclear explosion.’ The Indian External Affairs Ministry was, however, more sanguine, stating that the test “provides credible deterrence against threats to our growing space-based assets.”

Pakistan needs to take this development very seriously as it clearly affects Pakistan’s security. The ASAT test is part of India’s strategic military build-up. Behind the facade of its ‘peaceful uses’ of space, for which it has cooperated with Russia, the US, and Israel, India has acquired dual-use technologies that have boosted its strategic capabilities. Clearly, the ASAT test demonstrates Indian capability to destroy it’s opponent’s satellites in space. In a crisis, the target country’s satellites for communications, intelligence gathering and even targeting of its missiles can be destroyed, thereby providing India with a major military advantage. Indian space capabilities can also be used to strengthen its Ballistic Missile Defence systems by targeting the opponent’s incoming missiles in their boost phase. At the same time, these space capabilities can enhance India’s own targeting of the enemy’s assets. Moreover, the availability of space technology can and has enhanced India’s development of land- and sea-based Inter-Continental Ballistic Missiles (ICBMs) by providing targeting and re-entry capabilities in space.

Therefore, India’s star-wars programme, integrated with its overall strategic capabilities, could not only be used to destroy Pakistan’s satellites in space but could also enhance its option of carrying out a ‘Pre-emptive First Strike’ to destroy Pakistan’s nuclear assets. Thinking about such an option has been increasingly articulated by the Indian strategic community — former officials and defense analysts, including National Security Adviser Shivshankar Menon, Defence Minister Manohar Parrikar and Commander of Strategic Forces B.S. Nagal.

They have advocated that India should qualify its ‘No First Use’ of nuclear weapons policy relating to Pakistan and develop the capability to launch a ‘disarming’ first strike to destroy all of Pakistan’s nuclear weapons while ensuring that India’s missile defense capability would neutralize a Pakistani response by its ‘surviving’ nuclear weapons, if any. To implement such a strategy, Indian space assets would play a key role by enhancing its offensive capability while degrading Pakistan’s response. As such, the Indian space programme can potentially undermine credible deterrence between the two countries, leading to greater strategic instability in South Asia.

So far, such Indian posturing is mostly hype and bluster since there remain serious doubts about their capability to implement such a first-strike option. But it does indicate the direction and content of Indian thinking.

Moreover, Pakistan has already taken measures to blunt such an Indian misadventure. First, Pakistan’s nuclear weapons and delivery systems are not vulnerable to a pre-emptive Indian first strike. Second, India’s missile defenses are not entirely reliable and can be penetrated by Pakistan’s cruise and multiple independently targetable re-entry vehicles (MIRVs) missiles. Third, there is a massive technology gap between Indian aspirations and capabilities.

Even so, Pakistan needs to carefully assess the emerging Indian space capabilities which are part of its future strategic military build-up and take measures to ensure its future security. Clearly, any Indian attack on Pakistani satellites would erode its communications, intelligence gathering and early-warning capabilities, leading to a key disadvantage in any crisis with India. Accordingly, once again, as in the past instances of Indian proliferation of nuclear weapons and missiles, Pakistan will need to take retaliatory measures for its security by developing its own ASAT capability to deter India. This would require enhancing the range of our missiles beyond the present limits covering all of the Indian territory for credible ASAT capability. We would also need to launch more satellites in space to include dedicated satellites for military purposes as done by India.

Given the muted international reaction to the Indian ASAT test, it is evident that the existing global regime, which already suffers from serious gaps, would not be sufficient to protect Pakistan’s security interests. The Indian commitment to the peaceful uses of space and the prevention of an arms race in outer space is merely a sham and totally lack credibility. Besides, there is no international mechanism to ensure or enforce the peaceful uses of space. Moreover, as a strategic partner of the US against China, India will continue to not only gain from American and Israeli space cooperation but also enjoy Washington’s diplomatic cover for its space programme.

In this situation, the only course for ensuring deterrence against India and thereby guaranteeing Pakistan’s security is to develop our own ASAT capabilities. The Indian star-wars programme, therefore, requires a matching response by Pakistan.

KASHMIR – TIME TO END THE PAIN

Print PDFKashmir is a burning issue for over 70 years.  It is still burning because of the mistakes made by the Indian leadership in the forties and since then no Indian leader has had the […]

Of Status-Quo, Resolution, Reforms, and Revisionism

Print PDFThe terms ‘status-quo’, ‘resolution,’ ‘reforms’ and ‘revisionism,’ can be applied to describe the outlook and behavioural characteristics of states in the international system; while connotations overlap, each term is distinct in meaning. At a […]