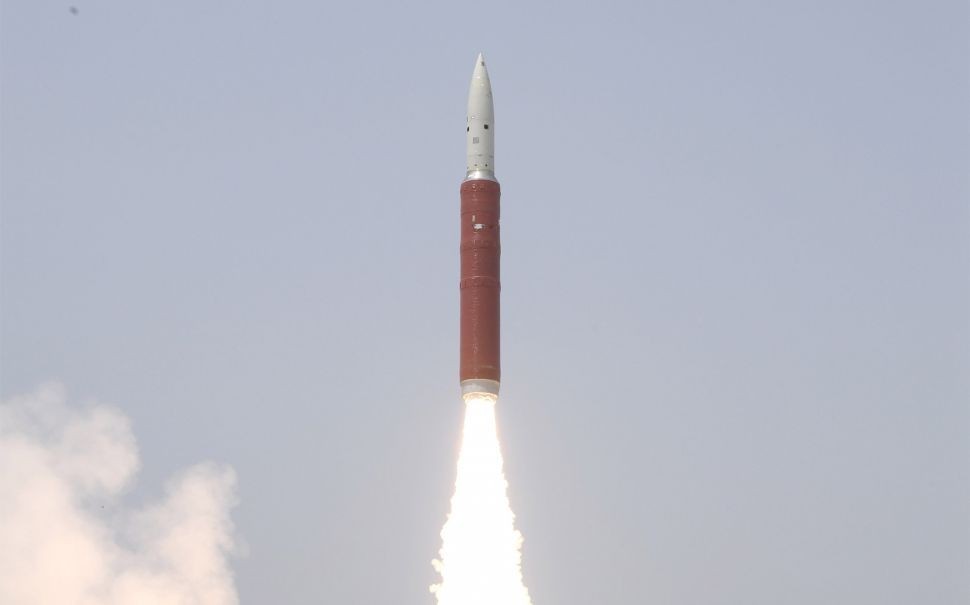 India on March 27, 2019, conducted an anti-satellite (ASAT) missile test and labelled it as ‘Mission Shakti.’ The test comes exactly one month after Pakistan shot two Indian Air Force (IAF) aircraft on Feb 27, 2019, raising serious doubts about India’s military, political and diplomatic capacity to deal with its relatively smaller neighbour and to emerge as a credible rival against China.

Announcing the test in his address to the nation Mr. Modi declared that India is now a space-faring superpower and proudly stated that “my aim is to make every Indian feel secured.” The timing of the test coming after the Pulwama debacle and a few days before the elections was only intended to serve one purpose – to repair Modi’s image of a ‘strong man.’ India’s opposition Congress party termed the missile test as a ‘theatre,’ while the rest of the international community has offered a muted response to this new and disturbing development. The U.S. considered it appropriate only to caution the world that the test could make ‘mess’ in space due to the debris it will leave behind in the low-Earth orbit.

A day after the test, PM Modi boasted at a public rally that be it a “land, sky or space, my government has shown courage to conduct a surgical strike in all spheres.” This was an obvious jibe towards Pakistan, which in its response described India’s effort as “reminiscent of Don Quixote’s tilting against windmills,” since Pakistan poses no such threat that could have provided justification for India to develop its ASAT capability.

India’s recent test is also contrary to the international consensus where outer space is seen as a shared heritage for all humankind and the need to prevent the militarization of the space. The U.S. stopped testing ASAT weapons in 1985, and it took 17 years for the three hundred pieces of ‘debris cloud’ to burn up in the atmosphere. The last Chinese ASAT test conducted in 2007 left more debris than the U.S. and will take several years to clear. It is too early to get a clear picture of the ‘debris cloud’ created by the Indian ASAT test and the time it will take to clear.

According to the United Nations Office for Outer Space Affairs (UNOOSA), at present, there are 4857 satellites orbiting the planet, out of which 1980 satellites are active, which is 40% of the total number in outer space. And the majority of these satellites (62.9%) are in Low Earth Orbits (LEO) between the height of 250 km to 1500 km above the Earth. The satellite that was targeted by India was orbiting in a similar bandwidth at 300 Km, and the resultant debris could pose a significant danger to the majority of LEO satellites.

India announced its ambition to set up aerospace command within weeks of China’s ASAT test in 2007. India’s former Air Chief justified the decision by stating that: “we are an aerospace power having trans-oceanic reach.” India’s ASAT pursuit is reminiscent of its strategic culture built on its fixation towards China. Devoid of the ground realities and without recognizing its inherent weaknesses, India’s scientific community continues to develop solutions for abstract threats, which does not necessarily serve India’s immediate security interests.

India might have become a space-faring nation, but its military faces a serious credibility challenge, as was evident during the most recent encounter, where India could not launch a successful aerial surgical strike against Pakistan. It also failed to prevent a counter surgical strike and lost two Mig-21s, besides shooting down one of its own MI-17 V5 helicopter through friendly fire.

India’s Ministry of External Affairs (MEAs), in the FAQs released after the recent ASAT test stated that “India has no intention of entering into an arms race in outer space. We have always maintained that space must be used only for peaceful purposes. We are against the weaponization of Outer Space and support international efforts to reinforce the safety and security of space-based assets.” Notwithstanding the statement from the MEA, India’s ASAT test contradicts the ongoing discussions on the issue of ‘Prevention of Arms race in Outer Space’ (PAROS) at the Conference on Disarmament (CD) Geneva.

This Indian approach towards international arms control arrangements is not new. In the past, India maintained a similar position towards the Nuclear Nonproliferation Treaty (NPT) and the Comprehensive Test ban Treaty (CTBT). When these instruments were being negotiated, India demonstrated a keen interest and remained an active participant, but eventually refused to join the NPT or the CTBT. `Keeping this in view, it is unlikely that India would agree to join PAROS, if and when it is finally negotiated at the CD.

India claims that the Outer Space Treaty of 1967 to which India is a signatory, prohibits only weapons of mass destruction in outer space, not ordinary weapons.” By building conventional weapons to target the satellites, India may be moving towards what James Acton from Carnegie Endowment had termed as ‘nuclear entanglement,’ which “describes how militaries’ nuclear and non-nuclear capabilities are becoming dangerously intertwined.” India in the future could use its ASAT capability to target assets linked to Pakistan’s command and control. This would be highly destabilizing, as it could add pressure on the defender to consider the early use of its nuclear weapons before these could be neutralized on the ground.

India’s MEA’s explanation that ASAT test “provides credible deterrence against threats to our growing space-based assets from long-range missiles, and proliferation in types and numbers of missiles,” does not hold good against China that has significant advantage in terms of ASAT capability and can outlast India, if both were ever to engage in ‘star wars.’ According to Vipin Narang from the MIT, “China has a capability asymmetry, and against Pakistan, India has a dependence asymmetry which makes ASAT as a deterrence by punishment strategy a losing proposition against each other.” He is also of the view that the test “was about a short-term political gain, for probably long-term strategic loss.”

India’s ASAT capability may be seen as a new challenge by its principal regional adversary. It is, however, not certain whether Pakistan would follow the Indian path, or neutralize India’s apparent advantage through other less costly means. In case Pakistan decides to build its own ASAT deterrent, it could also consider laser-based capability that is being developed by China, which is more effective and does not pollute the outer space.

The recent ASAT test has also been termed as a “baby BMD test” by Narang. This capability that India has been developing for a long time may not adequate to intercept Pakistan’s Multiple independently targetable re-entry vehicle (MIRV), or its cruise missiles that can effectively penetrate India’s BMD (Ballistic Missile Defense) shield. Despite these limitations, India is building these systems with the help of the United States and is also in the process of acquiring S-400 system from Russia.

Once India has fully operationalized BMD system, it could embolden India’s decision makers in a future conflict with Pakistan, to contemplate a pre-emptive counterforce strike. In view of the dangers associated with these destabilizing technologies, it is essential that India must learn from the recent Pulwama crisis and avoid introducing new and destabilizing technologies that may lead to ‘nuclear entanglement’ with serious consequences for the regional stability.

Dr. Adil Sultan is a visiting research fellow at King’s College London. He can be reached at [email protected] 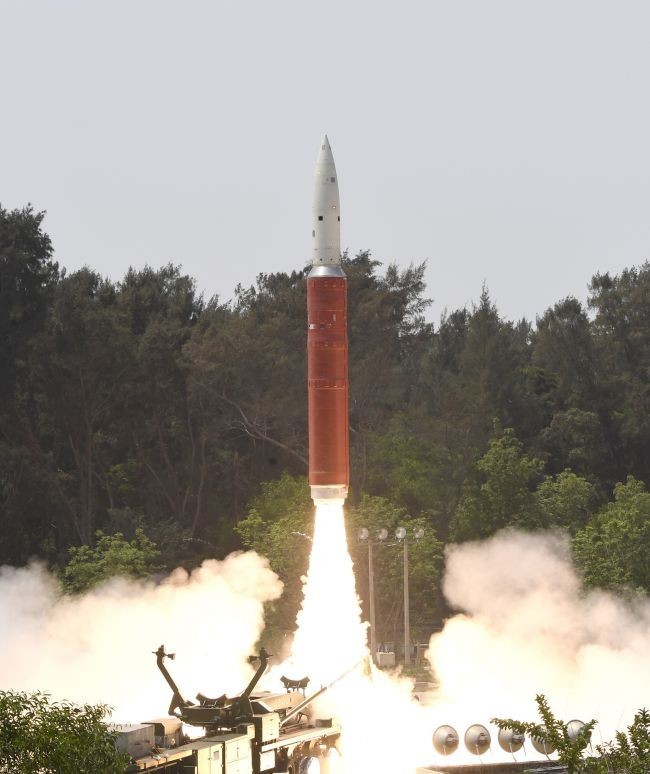 ‘Samjhauta’ on Hindu Nationalism? Deconstructing the legality of the NIA verdict

Print PDFOn March 20th, a special National Investigation Agency (NIA) court in the Indian state of Haryana acquitted all four out of eight accused individuals in the Samjhauta Express bombing case of 2007. This acquittal […]

The Indo-US Strategic Partnership: Is America Betting on the Wrong Horse?

Print PDFDespite the continuing aggrandizement of the “Indo-US Strategic Partnership” by Indian intelligentsia and strategic circles coupled with the megalomaniac celebrations that accompany every new agreement between the US and India, the relationship remains an […]