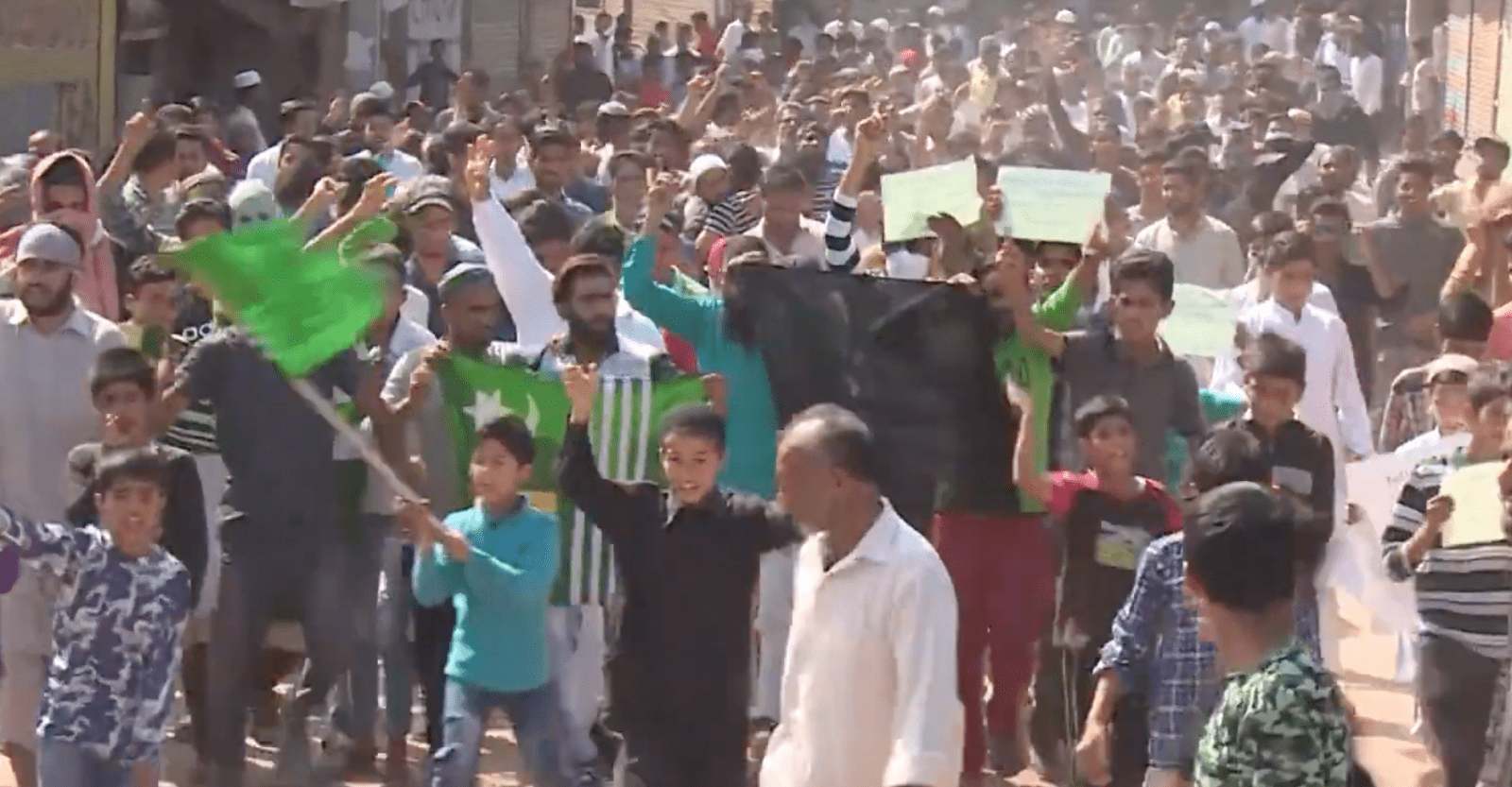 Writing precisely 2 years before Modi’s blunder of annexation of Occupied Kashmir on August 5, 2019, the grand niece of Jawahar Lal Nehru, Nayantara Sahgal, presciently wrote in The Guardian on August 5, 2017 that “another partition (of India) stares us in the face”.  She accused Modi’s RSS of “dividing India once again into Hindus and others as the RSS wants to make the country a Hindu Rashtra”.  And she concluded that “we are rapidly marching towards a horrifying future”.  It is now clear that the annexation of Occupied Kashmir by Modi’s India is a blunder of Himalayan proportions, unleashing consequences which cannot be controlled.  Perhaps, it can be compared on the same scale as Hitler’s monumental miscalculation of June 22, 1941, Operation Barbarossa, invasion of the Soviet Union after he had easily conquered Europe, with only Great Britain resisting.  A combination of arrogance and ignorance about ground realities backed by a fascist ideology that sought to impose its military diktat became the first step in the unravelling of the Third Reich.

Six weeks after the annexation of Occupied Kashmir, it is clear that Modi has bitten off more than he can chew.

Given this context, Pakistan needs to pursue a three-pronged strategy with a kind of clarity and commitment that Pakistani policy makers demonstrated while building the nuclear Bomb.  Once the decision was taken in 1974, the Bomb project was pursued to its logical conclusion in a relentless, single minded manner, irrespective of any outside pressures and it achieved success when Pakistan detonated its own nuclear device on May 28, 1998 which was undoubtedly Pakistan’s finest hour.  Such a strategy should target Modi and Co. and separate them from the broader Indian society and political leadership that opposes Modi, along with forging a united front of all Kashmiris and the linkup of the Kashmiri resistance with other insurgencies inside India. Close coordination with China and the rest of the international community through a strategy sustained by national stamina are the need of the hour.  70% of the battle will be won through the ‘battle of ideas’, via media, think tanks, NGOs, civil society, Human Rights groups, parliamentary and public diplomacy, citizen activism and the Pakistani-Kashmiri Diaspora.

For example, the Kashmir Khalistan Referendum Front’s recent lawsuit accuses Modi of crimes against humanity as his regime has inflicted “deliberate, wilful, wanton, malicious, intentional and oppressive” killings of Muslims in Occupied Kashmir. The civil complaint against Modi for his human rights violations has been filed under The Torture Victim Protection Act of 1991, a federal statute that allows civil suits on American soil against foreign officials accused of committing torture or extrajudicial killings. So an American Court is going to try Modi for his crimes against Kashmiris!

Modi must face similar legal censure in Europe where courts have universal jurisdiction on human rights violations, as was done in the case of Chilean dictator General Pinochet.

Pakistan’s focus should be on a national narrative whose contours can revolve around Arundhati Roy’s classic article in The New York Times of August 15, 2019, “Silence is the Loudest Sound”, which says it all:

Luckily, again geopolitics has come to Pakistan’s rescue, providing strategic space for Pakistan to promote the Kashmir cause for the next couple of years for three reasons:

If the August 5 wrong is not reversed and the Kashmiri people denied even their basic right to life, there is little doubt that Modi and the RSS Gang may end up presiding over a deeply-divided India that will start sinking in the Kashmir quagmire, and the slowdown of the Indian economy  is a precursor of that new reality.

The Kashmir crisis presents challenges and opportunities for Pakistan to seize and pursue a clear sustainable strategy that best preserves, protects and promotes the interests of Pakistan and the Kashmir cause that we are committed to espouse. Let us learn from history. The American betrayal during the 1962 Sino-Indian War presented Pakistan the choice to pursue friendship with China. India’s surprise nuclear tests of May 1998 enabled Pakistan to become a nuclear power. And Modi’s Kashmir blunder is an historic opportunity to present the true face of a fascist and racist India whose divisions are deepening, an India at war with itself, having buried the Nehruvian ideals of secular pluralism that were once India’s main claim to fame. For Pakistan, the choice is clear: Consensus at home and courage to pursue the Kashmir cause with clarity and commitment are the need of the hour, and our leadership must rise to the occasion. As Quaid-e-Azam aptly stated, “let it not be said that we did not prove ourselves equal to the task”!

Print PDFIn another significant blow to India, the U.S. has validated Pakistan’s position that none of its F-16s was lost in an aerial encounter that took place on Feb 27, 2019. India has rejected the […]