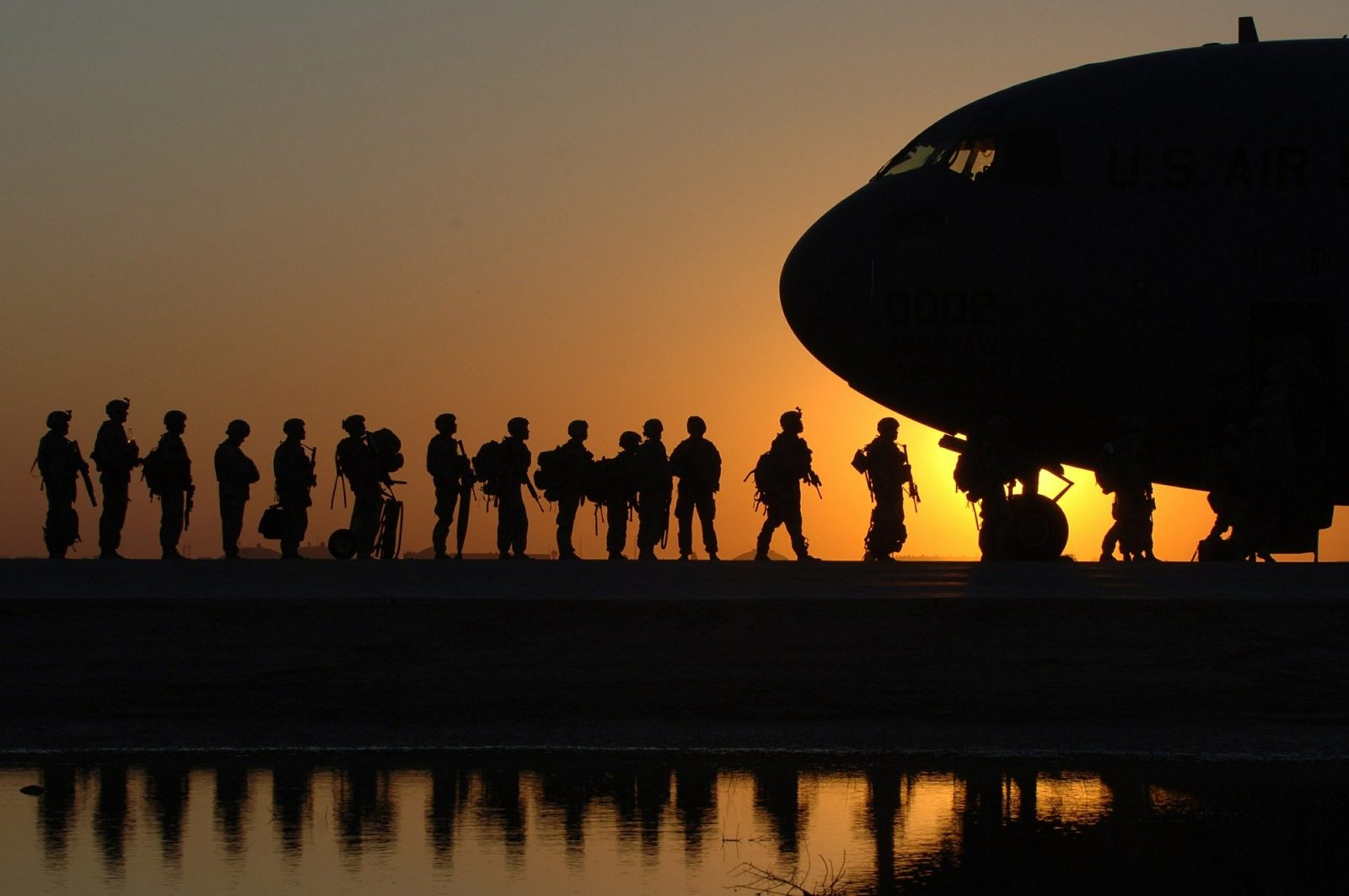 Complete collapse or a ray of hope- the future of Afghanistan lies in the hands of the United States: Its economic aid, military assistance and its mode of withdrawal. The Doha Accord signed between US envoy Zalmay Khalilzad and Taliban leader Mullah Abdul Ghani Baradar in the presence of Mike Pompeo, US Secretary of State, continues to stir much commotion in Afghanistan’s socio-political setup. National and international actors are still struggling to keep Afghanistan a secure country militarily as well as economically. However, the question is, will the US again take decisions in haste during Endgame?

The total US cost to raise Afghan Army is $ 90 Billion. It provides around $ 4 Billion to maintain security forces and almost $ 500 million in civilian aid to Afghanistan. Moreover, international donations finance 75% of Afghanistan’s public expenditures per year. Keeping this in view, the Doha Peace Deal was to settle an almost two-year long effort for a war that has lasted for nearly two decades. The presence of the US in all forms, be it military, political or social, has been essential in molding the country and this is the very reason Pompeo’s recent announcement of cutting $1 Billion of the US Aid to Afghanistan on the 23rd of March has left many scratching their heads and rather anxious for the entire region. This action was taken to relay a warning to the Afghan government in order to settle the dispute between both the Presidential candidates, Dr Abdullah and Dr Ashraf Ghani, squabbling for Presidency only to hinder the Reconciliation Process. President Ghani himself is quoted to have emphasized in the past ‘the Afghan security forces (Army as well as police) would not survive for more than six months after the cutting of US aid’, a manifestation of its role in the country.

Forming the backbone of the country through financing various forms of reconstruction, aid to Afghanistan over the past eighteen years by the United States is a total of approximately $137 billion; for economic causes and establishing and sustaining the Afghan National Defense and Security Forces (ANDSF). Initially not clearly stating which area this cut would be directed towards, they recently announced that the cut would directly be applied on Afghan Security Forces. It would be from the $ 4.2 billion Pentagon fund that is allotted to the annual budget for three quarters of the forces. On the other hand, fighting is already taking place in 16 provinces every day. ISIS is not only knocking at the door but has established itself initially. Afghanistan security forces are already overstretched and weary fighting at one end with insurgents and at the other with foreign terrorists. They are in civil war and war simultaneously. Any reduction in their training, equipment, or facilitation will ruin the whole process of  counter terrorism militarily and the Doha Peace Deal politically.

Being the ‘graveyard of empires’, the strategy for Afghanistan has been continuously revised on many occasions due to its increasing intricacies. President Trump in one of his speeches in 2017 specifically highlighted this issue using phrases like the ‘political settlement through effective efforts of the military’, making it evident that the US policy has mostly been military and security-centric. The accelerated efforts on their behalf are a clear indication of the hasty withdrawal the US is trying to execute. An example of this is how the Peace Process was revived in Qatar in 2018: the Trump Administration backed off from its long-standing ‘Afghan-led’ process, resorting to engaging with the Taliban directly.

Under the prevailing political circumstances, the possibility of myopic decision-making can’t be neglected. Examining it under the state-level analysis of foreign policy, it is an apparent win for Trump, especially considering the upcoming elections in November. The withdrawal entails two alternative possibilities – an apt contingency plan for the stability of the region or just another reminiscent of its past endeavors. Last time, when the US won its war against Soviet Union in Afghanistan during 1991, it left this land in haste. Hence, with US short-sightedness, a wonderful victory of winning Cold War was converted into a stupid defeat by the rise of Al-Qaeda and the Taliban. This time, reducing the US military assistance to Afghanistan will be counted in the same para: premature, insane, untimely, and short-sightedness.

Considering how the ethnic clashes perpetuate the tattered social fabric, it is no doubt that they have crept into the Afghan military and an inept dealing can obviously prove detrimental. Lawmaker Abdul Qader Qalatwal emphasized that if the forces don’t receive the needed support it could lead to factions within the army resulting in a more divided Afghanistan. According to a spokesperson for the Defense Ministry, Gen. Mohammad Zahir Azimi, forces have been given a more nationalistic color by having quotas based on ethnicity, with 40-45 percent for Pashtun, 30-35 percent Tajik, 10-12 percent Hazara and 8-10 percent Uzbek and other groups. Despite these measures to curb the tension, the Afghan army is still dominated by minorities from the North (non-Pashtun i.e. percent) who see Taliban as oppressors, majority of whom are Pashtuns.

Given the above statistics, it is highly likely that the forces in minority would be inclined towards backing the currently announced President by the official Independent Election Commission of Afghanistan, Dr Ashraf Ghani. While Dr Abdullah, ethnically a non-Pashtun, has a chance of garnering the support of the non-Pashtun majority in the country’s military. This may result in disintegration of the Afghan Security Forces resulting in further chaos and turbulence between already ethnically fractured and fragile Afghan society.

Needless to say that the lack of Afghan Government’s representation at the signing of the Accord, i.e., the US directly having engaged with the Pashtun Taliban, only fueled to the fire. Non-Pashtuns feel alienated during the whole process. This grudge may clearly be seen in the intransigent attitude of the non-Pashtun representative – Dr Abdullah for not accepting peace-broker’s role of both Zalmay Khalilzad as well as Mike Pompeo for a National Unity Government. The US has and continues to play a key role in the war-torn region and only long-term strategic depth and a well-put withdrawal plan can ensure the peace and prosperity of the region. If it failed to do so, the country, is susceptible to another chapter of turbulence, how the eleven years of civil war followed a poorly-planned withdrawal by the Soviet forces in 1989.

A multi-billion dollars army needs support rather than punishment. The Afghan army is already drained and tired of an unending series of wars taking place at home. Reduction in their budget will result in factions in their rank and files. This may lead to balkanization of Afghanistan at ethnic and sub-ethnic levels, which will hamper the US interests in the region. With the US haste policies, no more to Frankenstein’s effects in this region. American regional strategy and interests still depend on Afghanistan’s government and its security forces.

About Prof Dr Syed Hussain Shaheed Soherwordi 1 Article
The author is the Director of the Institute of Peace and Conflict Studies at the University of Peshawar. Twitter: @SHussainShaheed