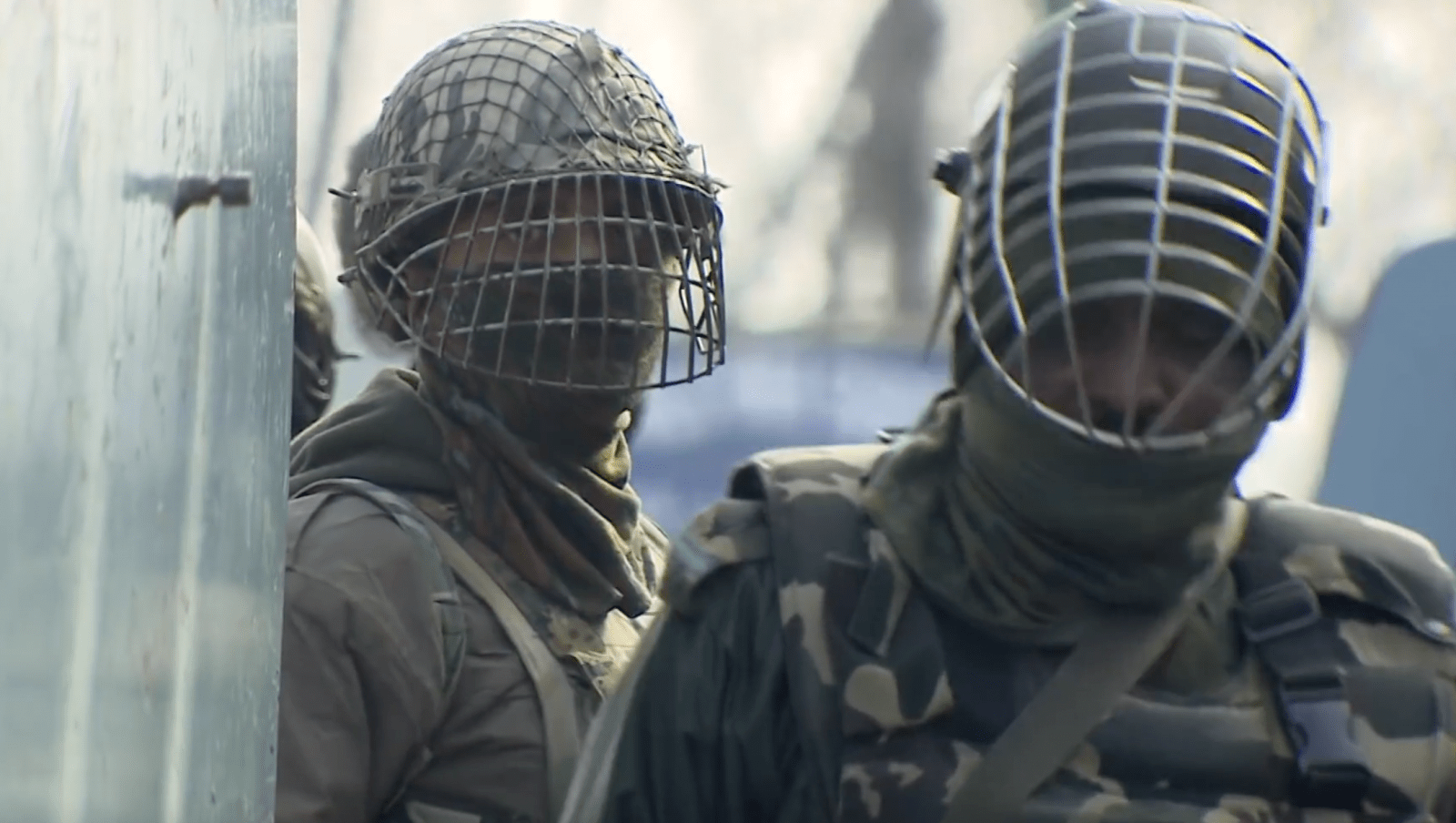 When one thinks of India, what comes to mind is a nation that houses one of the largest numbers of faith communities and languages across the globe. A nation that is entrenched with a rich heritage and history emanating from the Islamic, Hindu, Buddhist, Christian and Sikh traditions to name a few. A nation that is the home of the patron sage Moinuddin Chishti (1142-1236) famously known as “Khwaja Ghareeb Nawaz” who conveyed a message of peace, love and humanity of which millions in India and across the globe continue to reap benefit from his teaching to this day. It is a nation from which Amir Khusro (1253-1325) from Delhi, a sage, musician, poet and scholar who has sometimes been referred as the “Voice of India” and father of Urdu Literature emanates from.  A nation that houses the Ganges River, a holy river in the Hindu faith along with iconic buildings such as the Taj Mahal in Agra which was commissioned by the Mughal Emperor Shah Jahan (1628-1658).

India is ranked fifth amongst the world’s largest economies with a nominal GDP of $2.94 trillion and GDP $10.51 trillion (PPP) in 2019 and has been projected to be amongst the fastest growing economies of the world.

This global image has taken a downward spiral ever since Narendra Modi and his Bharatiya Janata Party (BJP) got re-elected back to power in 2019 vis a vis the support of the Rashtriya Swayamsevak Sangh (RSS) a right wing pseudo Hindu Nationalist, xenophobic supremacist paramilitary volunteer organisation of which PM Modi is a member and have the intention of promoting and putting into practice the concept of a “United India” rooted in Hindutva ideology.

Since the BJP got elected back into power in May 2019 with a resounding majority, the Modi administration has embarked on a missionary campaign against the Muslims of India and in Indian Occupied Kashmir (IOK) that has left many civilised global actors gasping with bated breath as to the direction the nation is heading towards. In August 2019, the Indian Government revoked the special status granted under Article 370 of the Indian Constitution to Jammu and Kashmir, a Muslim majority state where 68.31% of the J&K population are Muslims and 28.44% Hindus along with Article 35A that empowered Jammu and Kashmir’s state legislature to define “permanent residents” of the state and provided special rights and privileges such as the ability to purchase land, property, vote,  contest elections, seek government employment, access to higher education and health care. To supplement this move, India has sent additional troops to the disputed region, imposed a curfew, media blackout by shutting down internet-telecommunications and arrested political leaders along with detaining thousands of people which has resulted in many deaths. The lockdown imposed by the Indian government is nearly approaching its 7th month with little sign of abating.

To make matters worse for Muslims in the region, The Modi administration introduced a Citizen Amendment Bill which was passed by Parliament under the title Citizen Amendment Act (CAA) 2019 on 11 December 2019. The 2019 CAA amended the CAA of 1955 by providing a path to Indian citizenship for illegal migrants of Hindu, Sikh, Buddhist, Jain, Parsi and Christian religious minorities who had fled persecution from Pakistan, Bangladesh and Afghanistan before December 2014 but excluding Muslims from the eligibility criteria.  This is the first time that religion has been overtly used as a barometer to determine citizenship under Indian law. This has been supplemented further with the National Register of Citizens (NRC) which has been mandated by the 2003 amendment to the Citizenship Act, 1955. Its purpose is to document all the legal citizens of India so that illegal migrants can be identified and deported. It has been implemented in the state of Assam from 2013-14 onwards with plans to implement in the rest of the country in 2020.  According to the 2011 census, Muslims constitute 10,679,345 in Assam which equates to 34.22% out of a total population of 31,169,272 and Hindus around 3 million which equates to 9.12%. Concerns have already been raised that the combination of the CAA and NRC will leave millions of Muslim stateless which would be in breach of the 1954 and 1961 UN conventions relating to stateless persons as they may be unable to meet stringent birth requirements or have the wherewithal to provide the requisite identify proof requirements. According to 2011 census data, India had 14.2% of it’s population identifying themselves as Muslims (172 million people) with a 2018 Pew Research Centre report citing the figure to now stand at 14.9% (195 million people). 79.8% of the population identify themselves as Hindus (966 million people) based on 2011 census data and around 6% following other religions such as Christianity and Sikhism. This makes India’s Muslim population about the world’s second largest and the world’s largest Muslim minority population.

The suppression of the minority Muslim population in India has not subsided. As the Modi administration was giving the full red carpet treatment and pageantry to celebrate Donald Trump’s first official state visit to India, the capital city of Delhi witnessed the worst pogrom at the hands of extremist pseudo Hindu nationalists with the Delhi Police allegedly acting as their accomplices targeting mainly Muslims since the massacre against the Sikhs took place in 1984 where more than 3,000 Sikhs lost their lives. Reports are that 46 people lost their lives in the Delhi riots, the majority of which are Muslims with many others injured.

The reprisals from the powerful nations of the global community for the heavy-handed brutality and massacres that are unfolding in India against the Muslims and many other faiths that do not align with the Hindutva ideology has been meek or virtually non-existent. The Pakistani PM Imran Khan had forewarned the nations of the world regarding the extremist Hindutva nationalist ideology, Islamophobic anti-Muslim bigotry and its deadly repercussions during his United Nations General Assembly speech in September 2019. Imran Khan highlighted the human rights abuses and atrocities that are unfolding in IOK, the dangers of two nuclear power neighbours going to war not only for the region but globally and for the international community to take heed from the lessons of the Holocaust that unfolded in Nazi Germany by Hitler against the Jews and that a similar play-book is being orchestrated at the hands of the RSS backed pseudo Hindu nationalist BJP government against non-Hindu minorities and majorities in certain states with a specific targeting and discriminatory focus on Muslims.

Whilst the Indian government has categorically ignored the international condemnation of its multiple heavy handed and suppressive policies by dismissing them on the grounds that issues such as the CAA are an “Internal matter of India and concerns the sovereign right of the Indian Parliament to makes laws” (Raveesh Kumar, Indian Foreign Ministry’s spokesperson), India is a signatory of multiple international human rights conventions and treaties such as the UN Charter, Geneva Convention and the Universal Declaration of Human Rights, International Convention on the Elimination of All Forms of Racial Discrimination (ICERD) which are core features of customary international legal norms and entails that it acts as a responsible member of the international comity of nations. In the last few days, we have seen the UN High Commissioner for Human Rights Michelle Bachelet launch an unprecedented legal action against Indian government by applying for a petition in India’s Supreme Court questioning the constitution validity of the new law along with many domestic peaceful demonstrations in India by multiple communities who are opposed to the CAA as being in opposition to the country’s long tradition of secularism and discriminatory in its intent. The US Commission on International Religious Freedom (USCIRF) has called for sanctions against Amit Shah and other principal leadership over the passage of the Bill and human rights organisations such as Amnesty International have openly condemned the Indian administration brutalities in IOK, anti-Muslim Delhi pogrom and the heavy handed reprisals the Indian authorities have shown against peaceful protestors voicing their concerns for the CAA and NRC.

The global comity of nations if they are sincerely intent on maintaining peace and order in the world need to begin to take very seriously the torture and atrocity crimes that are being committed at the hands of BJP administration vis a vis the support of the RSS.

The P5 members of the UN were able to assemble a global coalition to diminish a non-state terrorist group “Dae’sh” that had embarked on universally condemned executions, desecration of sacred sites and human rights abuses in Iraq and the Levant with spill overs across many western lands through terrorists incidents based on its warped ideology. The reaction to the atrocities that are being committed at the hands of the Modi’s BJP government where Modi himself has a previous history based on the 2002 Gujrat program vis a vis the support the RSS; a non-state actor fuelled by the Hindutva ideology that has also engaged in targeted executions, rape, desecration of sacred sites and places of worship along with human rights abuses has been timid and disproportionate to say the least.

If Dae’sh had been declared a foreign terrorist organisation (FTO) by the US Department of State so should the RSS.

Sanctions need to be imposed on the RSS along with curtailment of their sponsorship and funding channels as an immediate priority if the sincere political will is there to stop their inhumane, extreme xenophobic agenda.

India is a critical crossroad in its progress and development. The strides it has made to become one of the major economies of the world and being a symbol of religious pluralism and multi-culturalism is being hijacked by the unsavoury Hindutva extremist ideology that has the support of the Modi BJP government and RSS. It is imperative for Indians who do not ascribe to the Hindutva extremist ideology nationally and the diaspora communities around the world to voice their condemnation against the BJP- RSS agenda. It is imperative that the global civilised nations of the world along with international humanitarian bodies, NGOs and faith-based organisations that believe in the principles of peaceful coexistence, international customary humanitarian norms and human rights to unite in their solidarity and condemnation against the extremist direction the BJP-RSS are taking India on via its Hindutva extremist ideology which is at odds with its own core original constitutional principles, values and international economic, civic and human rights norms.

About Kaleem Hussain 2 Articles
Kaleem Hussain is an independent analyst with a multi-disciplinary public-private sector background with an interest in global peace, diplomacy and reconciliation initiatives. Twitter Handle @KaleemHussain20.

Print PDFDiscourse on Kashmir in the last two months has been vibrant, constructive, and full of surprises—mostly pleasant, if I may quickly add. Despite aggravation of our already complex “core issue” after Delhi abrogated its […]