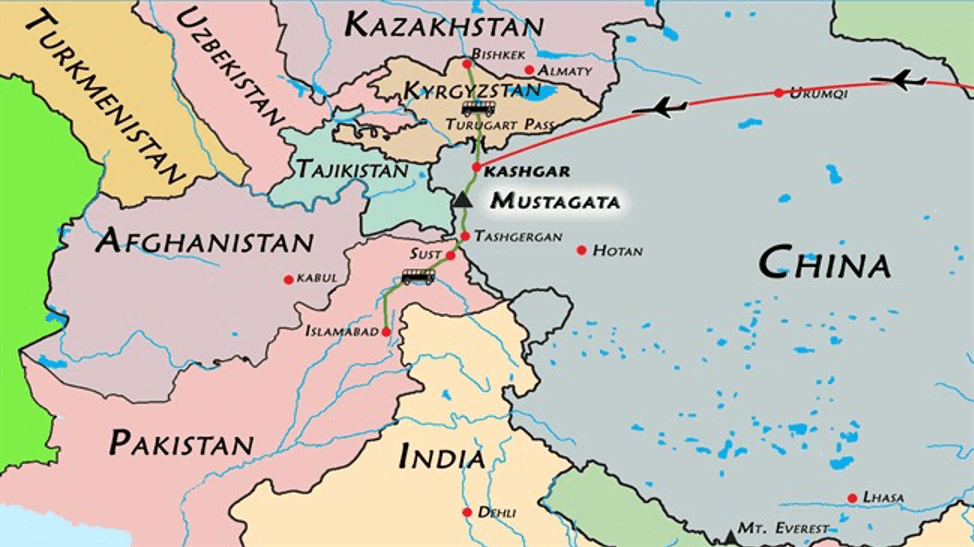 The long awaited and much deliberated Afghan Peace Agreement has finally been concluded. However, amid the celebrations and new found hope, naysayers rightly point to the fragility of the painstakingly negotiated agreement between the US and the Taliban. Skeptics rightly reference the unhappiness of the Afghan government, which was not given any weightage during the “two-sided” agreement. Intra-Afghan talks have been scheduled between the Taliban and the Government as the next phase of the peace process; however, a question arises as to which government the Taliban should talk to? The comical situation of two individuals taking the oath as president of the country certainly does not do Afghanistan any favours.

The basic aim of the enduring Afghan Peace Agreement between the two conflicting parties that were first held in Doha was to bring to a standstill the longest and most superfluous war in the history of mankind. Global actors, however, possess special geopolitical interests in Afghanistan which directly or indirectly affects the Afghan peace process. There exists a reality related to the peace accord that remained unobserved, not only at the regional level but globally as well. President Ashraf Ghani defined the success of the agreement as “disruption the status quo”, but what status quo was Ghani referring to? The eighteen year long war between the Afghan Taliban’s/forces and the United States of America, and the rules of Karzai and Ashraf Ghani under western influence, has in fact been the status quo.

President Trump had made known his reservations on the US led Afghan war from time to time and has been keen to deescalate. Even before his election as President, he was critical of the unending conflict and committed to withdrawing US forces from Afghanistan once in power. The reality is that the Afghan war has been hurting the American economy and US forces quite heavily. In other words, the occupation of an unruly and tribal Afghanistan has once again proved to be a misadventure by a superpower. Clearly, the US had decided long ago to withdraw its forces from Afghanistan but was in search of a face-saving exit which came in the form of this agreement. The US, however, will not lose its interest in the region and the clout it enjoys over the Afghan Government. Keeping in perspective the unpredictable personality of President Trump; one cannot rule out the reversal of the peace agreement, as it may be a means of winning Trump a second term in office.

Russia and China have actively supported the Afghan peace process and have facilitated the resumptions of talks. With the peace agreement and eventual withdrawal of US forces, Russia will definitely term it a sweet revenge for the humiliating defeat dealt to it by the US after the former’s invasion of Afghanistan.  China will surely breathe a sigh of relief with the superpower not breathing down its neck and posing a constant threat to its trade initiatives through proxies. Both countries will then try to exert their influence on the country through various proxies as part of their expansionist strategies.

There is no doubt that an enduring peace on the western border of Pakistan would directly benefit it in every conceivable way. Instability in Afghanistan damages Pakistan in a full spectrum – thus, tranquility will help Pakistan not only with the tribal apprehensions on the western border but also in expanding economic ties, primarily in the shape of CPEC into Afghanistan which indeed is a territory with huge geographical and economical potential. The expansion of CPEC from north-south to east-west will bring its own perks to the entire CPEC project, and benefit not only Pakistan and China but the people of Afghanistan as well.  Pakistan also looks forward to a friendly and cooperative regime in Afghanistan as a result of the peace talks, one which has a reduced Indian influence over its foreign policy.

The Indian role in Afghanistan which had been active and dominating for quite some time, has been clearly marginalized during the Afghan Peace Agreement. Despite the investment of huge capital with the objective of finding a strong strategic partner in South Asia – primarily to counter Pakistan – India has been doomed to a partial failure as Pakistan played a vital and active role in the Afghan peace accord. While India will not give up easily on its geopolitical designs in Afghanistan, they might act as spoilers by using opportunities to sustain and instigate conflict in the region.

The real stakeholders in the peace process are the Afghan people. It is unfortunate that despite their fates being played with in the hands of other powers, the country still does not show a united front and is rife with conflict. Tribalism and a parochial approach by different Afghan factions has only brought them short term benefits and a sense of false security. Everyone is happy with whatever little clout they enjoy, and no one thinks of the benefit of the Afghan nation as a whole. Perhaps, this is the “status quo” that the President of Afghanistan was referring to while showing his discontent with the peace pact. How these various factions approach the intra-Afghan peace talks remains to be seen.

In view of the domestic conflicts between various factions, peace in Afghanistan would remain a dream even after the withdrawal of US and NATO forces, until and unless good sense prevails in the region. It certainly requires the will of the facilitating nations like the US, Russia, China and Pakistan to ensure that the process reaches an amicable end. The only spoilers to the peace process are the Indians and the Afghans themselves.

About Anum Gul 1 Article
The author is a student currently pursuing a bachelor's degree in Defence and Diplomatic Studies. She is a part-time writer and is highly inquisitive.

Nuclear Terrorism in South Asia: A Myth or Reality

Indian Policies: A Stumbling Block in the Rise of South Asia

Print PDF“Every neighbouring state is an enemy and the neighbouring state’s neighbour is a friend.” ― Kautilya, The Arthashastra South Asia is one of the most important regions of the world. It is home to one-fourth […]