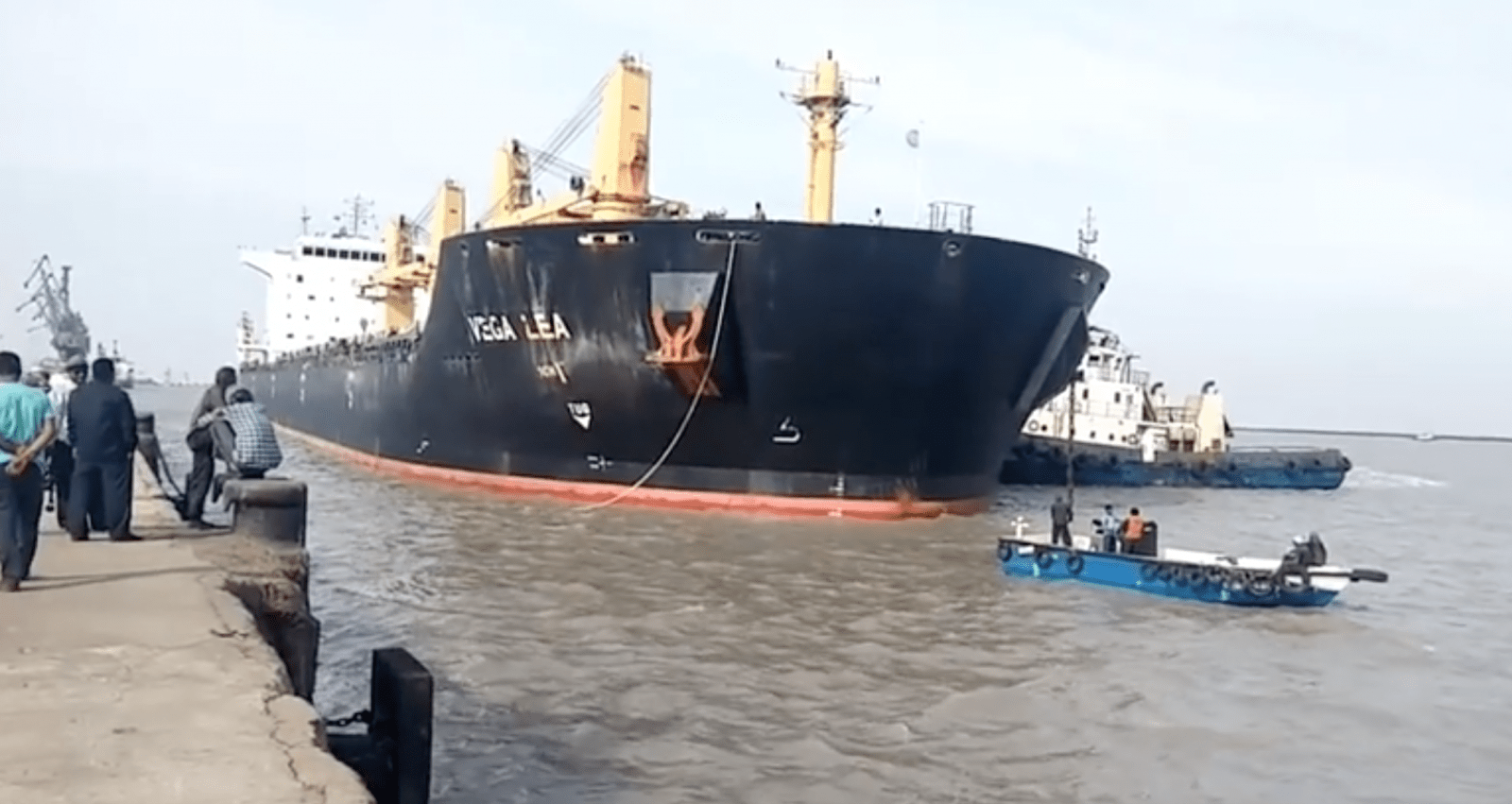 Since the last decade and a half, radicalized Hindu nationalists in India are trying hard to malign and isolate Pakistan in international politics. However, they have failed miserably and instead, the world has started to realize the misleading and fabricated Indian false flag operations. For instance, in the first week of February, Indian media claimed that Hong Kong-registered cargo ship Da Cui Yun with China COSCO Shipping Corporation Limited, bound for Port Qasim in Karachi, Pakistan, was detained by Indian security and customs authorities at Deendayal Port, Kandla. India said it obtained intelligence that the ship was carrying suspicious equipment, which could be used for nuclear missiles.

Following the docking, Indian port authorities carried out a search and discovered a so-called industrial dryer that Indian authorities claimed might be used for the manufacturing of long-distance missiles. Nevertheless, no more missile-making technology has been identified. After being compelled to turn over the “industrial dryer,” the Chinese vessel was allowed to leave, but this problem did not stop here. India is concerned that Pakistan has emerged as a more responsible nuclear country and India’s NSG membership bid is in limbo because of China’s realistic stance of ratifying the NPT condition. Frustrated, Indian authorities have fabricated this incident just to malign Pakistan and China, and they have made a miscalculated decision. They should realize that such maligning tactics won’t help India divert the international community’s attention from its illicit nuclear trade and proliferation record.

Pakistan’s Ministry of Foreign Affairs (MOFA) has denied the Indian claims that the cargo was a heat treatment furnace casing system which has several industrial applications. MOFA further claimed that the object has been reported correctly and is not mentioned on any external export control list in the respective documents. In fact, China has unambiguously refuted the usage of the autoclave on the container, which India alleged was ballistic missile stuff. India has completely revealed its plans to purposefully turn the incident into another political confrontation and to threaten China and Pakistan. After such provocation, India’s ambitions are loud and clear: it will remain a problem for both of its neighbours. India does not want peace, rather it is threatening regional security and stability.

In the opinion of the Shandong-based private equipment supplier, the device is not an “industrial dryer” but a heat treatment furnace facility used mainly in the manufacturing of rubber goods such as pneumatic items for large machines, liquid rubber storage tanks and rubber pipes. Indian media has so far propagated Pakistan to the extent that SUPARCO, the Government of Pakistan’s national space agency, was called out for manufacturing ballistic missile system. On the contrary, the organization has no military input, it only works on peaceful civilian application research.

The private companies of Pakistan and China which were involved have commercial manufacturing businesses and have no attachment with defence sectors. Liu Zongyi wrote for Global Times and said that anyone with common sense would know that China will not ship equipment through Indian ports if it decided to help Pakistan’s production of weaponry. India’s move is a direct insult. It may even perceive China’s selling of a stainless-steel plate to Pakistan as a piece of material used in Pakistani missile production. Such weighted analysis deserves consideration, both Chinese and Pakistani decision makers should now realize that Indian ambitions are not friendly. India is also covertly operating its sources to sabotage CPEC projects and is now threatening regional trade through sea routes.

For years, NSG membership was a fantasy for India, but India needs to join the group without the being registered. In the NPT. The NSG was first founded by the United States as a foreign body to control Indian nuclear proliferation. In 2005, the US concluded a civil nuclear deal with India and supported it to isolate China, which is a violation of the underlying values of the NPT. US double standards in the Indian nuclear problem have influenced regional peace and the South Asian nuclear non-proliferation policy, placing tremendous strain on those countries who are loyal to the NPT. The entire scenario seems to be an accusation on Pakistan, undermining India’s own nuclear proliferation record.

Unless we study history carefully, we have no perfect image of India’s nuclear proliferation past. India used Canadian resources and funding for the production of nuclear arms. This case has proven that the Indian Government and its leading Hindu nationalists are greedy. India has used all its resources not only to ridicule, separate, and fight Pakistan, but to maintain its dominance in South Asia and the Indian Ocean as an emerging gangster or a pirate of the seas. Therefore, Pakistan and China should team up to teach a lesson to the radicalized and extremist mindset of India.

Emerging dynamics in South Asia and implications for Strategic Stability

Print PDF The Pulwama crisis is the most significant conflict to happen between Pakistan and India since the Kargil war that has challenged the status quo between the two nuclear-armed rivals. Subsequent events, including the […]