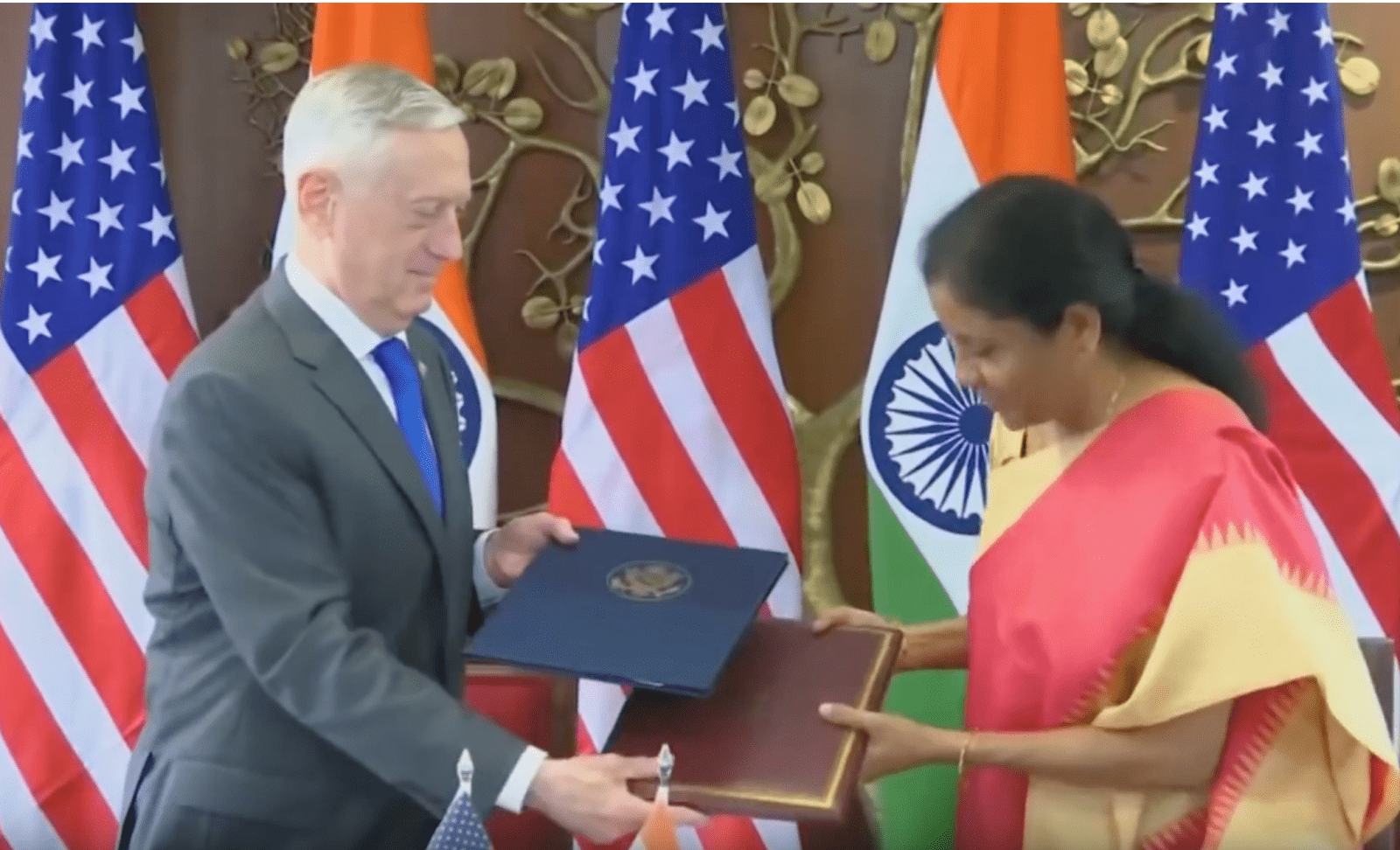 In the global order, political and economic trends are highlighting strategic realignments, shifts in alliances and cooperation among states at multiple levels. States adopt measures to preserve their strategic and national security interests. The major move towards multipolarity, specifically with the rise of China and India as major powers, is prominent. The prevailing discourse is that the U.S. included India in its grand strategy to advance it as a guarantor of strategic interests in the South Asia and Asia-pacific regions. It, however, took decades to materialize. Subsequently, it poses questions such as how these defense equipment related partnerships impact the regional and international strategic stability equilibrium? How does the development of emerging technologies add to uncertainties and create new operational challenges on top of existing political ones?

Recent developments in the U.S.-India strategic partnership endorse the deep and high pace trends of bilateral cooperation. The sanctioning of STA-1 (Strategic Trade Authorization) Status to India has a number of aspects that require assessment in the geo-political and regional contexts. Foremost, the STA-1 grants India a license for acquiring U.S. arms and also co-developing advanced military technologies, thus, boosting India military prowess. Meanwhile, the two countries have also signed a military-information sharing pact,  the Communications Compatibility and Security Agreement (COMCASA), at the 2+2 bilateral summit. It gives India access to U.S. communication and surveillance technologies to keep an eye on China and the neighborhood.  A new pact was signed for cooperation between the defense innovation organizations of the two states. Additionally, it was decided to conduct a new tri-Services joint exercise on the eastern coast in the coming year.

The deepening cooperation between New Delhi and Washington, with the inclusion of the naval component, directly impacts regional security and stability, particularly in the maritime domain. Advances in military technology pose serious implications for neighbors’ threat perception, while at the same time increasing their vulnerability.

The Strategic Trade Authorization (STA-1) was announced by U.S. Secretary of Commerce Wilbur Ross at the Indo-Pacific business forum. He stated, “India would be moved into Tier 1 of the Department of Commerce’s Strategic Trade Authorization license exception”. He stated that this regulatory change will enhance the bilateral defense trade relationship and result in a greater volume of U.S. exports to India. The significant features of the trade authorization agreement are as under.

The validation of end-user authorization has proved to be a cumbersome process. This agreement allows one certificate for the entire project, after which no items related to that specific venture  need fresh validation. For instance, India and the U.S. agreed to start a project of fighter jets by naming it “Make in India”; this generic authorization would be eligible for the entire project including the transfer of the sensitive and dual use items. The undertaking would need in principle approval from government to government projects. This category helps private and government entities alike.

Analyzing the STA-1 entails two aspects, whether it is a ‘product’ or ‘process’, at both the global and regional levels. When taking STA-1 as a ‘product’, the question arises as to whether India will acquire tier 1 weapons systems. In other words, India will be able to acquire the latest technology in defense from the U.S. such as AH-64E (Apache Guardian attack helicopter) and armed drones’, and fighter jets like F-22.

If we analyze it as a ‘process’, then the spectrum of analysis draws a number of assumptions. At the global level it has given India a status similar to NATO, Japan and South Korea. Hence, in U.S. strategic consideration it may serves the purpose in Indo-pacific strategic competition. The most popular observation is to make India muscular in order to cope with the strategic and military rise of China. In this regard, the clear observation is that China, Pakistan, and Russia are not part of the 37 countries who have STA-1 status. Traditionally, the countries in the STA-1 list are members of the four export control regimes, but the U.S. declared India in its federal legal notification. On the basis of India’s membership in three out of the four multilateral export regimes. The aggressive efforts of the U.S. can be seen in the process of India’s membership in three of the regimes such as the MTCR of 27th June 2016, the Wassenaar Arrangement of 7th December 2017, and the Australia Group of 19th January  2018. For the fourth one, the Trump administration is supporting efforts to create a niche with an exception for India to become a member of the Nuclear Suppliers Group (NSG).

At the ‘Two plus Two’ dialogue in September 2018, Secretary Pompeo and Secretary Mattis with their Indian counterparts inked the Communications Compatibility and Security Agreement (COMCASA). It is designed to provide a legal framework for the transfer of communication security equipment from the U.S. to India that would facilitate interoperability between their forces, and potentially with other militaries that use U.S.-origin systems for secured data links. The Indian Armed Forces are currently dependent on less secure communication systems on platforms like the C 130J and P-8I maritime surveillance aircraft. The scenario which is perceived is that if a U.S. ship detects any Chinese submarine movement near the Malacca Strait, it would be able to transfer information about its speed, location and direction to the Indian Navy in real time. Such surveillance may raise concerns for the state observed in terms of uninformed intrusion. Beyond that, in case India acquires armed drones from the U.S., the agreement will give the two nations the ability to share targeted information via live satellite feed that is monitoring the trade route of a specific convoy. Hence, such collaboration will certainly disrupt the equilibrium of South Asian regional stability and encourages competition in the Indian Ocean.

Such highly ambitious defence trade agreements indicate potential tensions, not only with  reference to fifth generation warfare but also naval dynamics. These developments may instigate neighbouring states (China, Pakistan) to focus keenly on enhancing the operational posture of the naval fleet, which binds states to counter any perceived threats.

Strategic stability, however, is ultimately the product of broader political, economic, and military dynamics among many players in which technology performs multiple roles including that of being an agent of change. The technological based strategic trade agreement with embedded dual-use technologies, however, might have a more direct impact on strategic stability due to highly leveraging effects, as described below.

In the Butterfly effects, small changes in initial conditions results in radically different outcomes like compelling an arms race environment. It is a great concern for regional strategic stability for China, Russia and Pakistan that the U.S. is easing export controls for high-tech product sales to India. This will lead to the risk of escalation into any future crisis. Additionally, the other factor is the safety and security of new imported technology.

With the Horseshoe nail effect, a small loss under the wrong conditions yields a large undesirable outcome; this refers to the inadvertent escalation of any military crisis and conflict between the border sharing countries. The open-ended development of military equipment in the neighborhood (India) alarms the whole region with its trajectory of economic, political and military intentions. Therefore, in the context of South Asia, the implications of growing defense and military cooperation indicate cautionary instability, the deepening of an existing trust deficit, and increased tensions in unresolved territorial disputes. Simultaneously, the consistent increase in military muscle along with the dedication of pursuing provocative conventional war fighting doctrines will combine to increase destabilization in the region. Some trends and trajectories lead by India in view of its existing defense cooperation are as follows. During the 2016 Doklam Crisis, India planned the deployment of Arihant SSBN (Ship, Submersible, Ballistic, Nuclear).  Similarly, in the Pulwama Crisis of February 2019, they again put up the option of deploying Indian SSBN and other offensive strike capabilities.  India’s development and testing of Ballistic Missile Defense, ASAT (Anti-satellite weapons) also benefit from these two agreements.

The Transmutation effects involve the accumulation of small improvements in quality which may morph into a major new level of performance. It may instigate a competition of raising the level of strategic-military cooperation to advanced generation of weapons.

All these effects have significant potential to impact the nuclear thresholds and enhance the risks of unintended nuclear escalation due to misperception. On the basis of cooperation like COMCASA Due to the growing aspirations of India, apart from strategic and conventional arms development, it is thriving for space. India plans to launch 58 missions including 25 launch vehicles and 33 satellites, during the next five years.

Outlook for the Future

An updated definition of strategic stability needs to account for ways to bar global competition and successfully manage likely confrontation between the major powers and regional rivals.  Along with the use of communications, confidence-building measures, and other conflict-prevention mechanisms to bolster stability in the likely future absence of an arms control regime. The elements of trends, trajectories in developments, deployments and doctrines are exacerbating the regional arms race and leading to crisis instability. Therefore, technological asymmetry may lead to deterrence failure.

From the foreign policy aspect this Indo-U.S. partnership is for boosting the economy market and a continuation of the U.S. policy of aggressive support to India as a strategic investment. Yet, the growing influence of the scientific community, research and development and the undiminished support for the expanding military technology including missile capabilities and a high aspirations space program, directly generate pressure and strategic competition in the region and the world.

‘Islamic State (IS)-India’: A New Threat to the Regional and International Security

Print PDF A 20-month long investigation by the Conflict Armament Research (CAR) in its key findings had concluded that 50 commercial entities from 20 countries, including 07 companies from India were “involved in the supply […]

Print PDFWhat is cold war? The term ‘cold war’ was used for the first time by a famous British writer George Orwell in his essays on the tensions between the USA and USSR, now Russia. The indirect […]