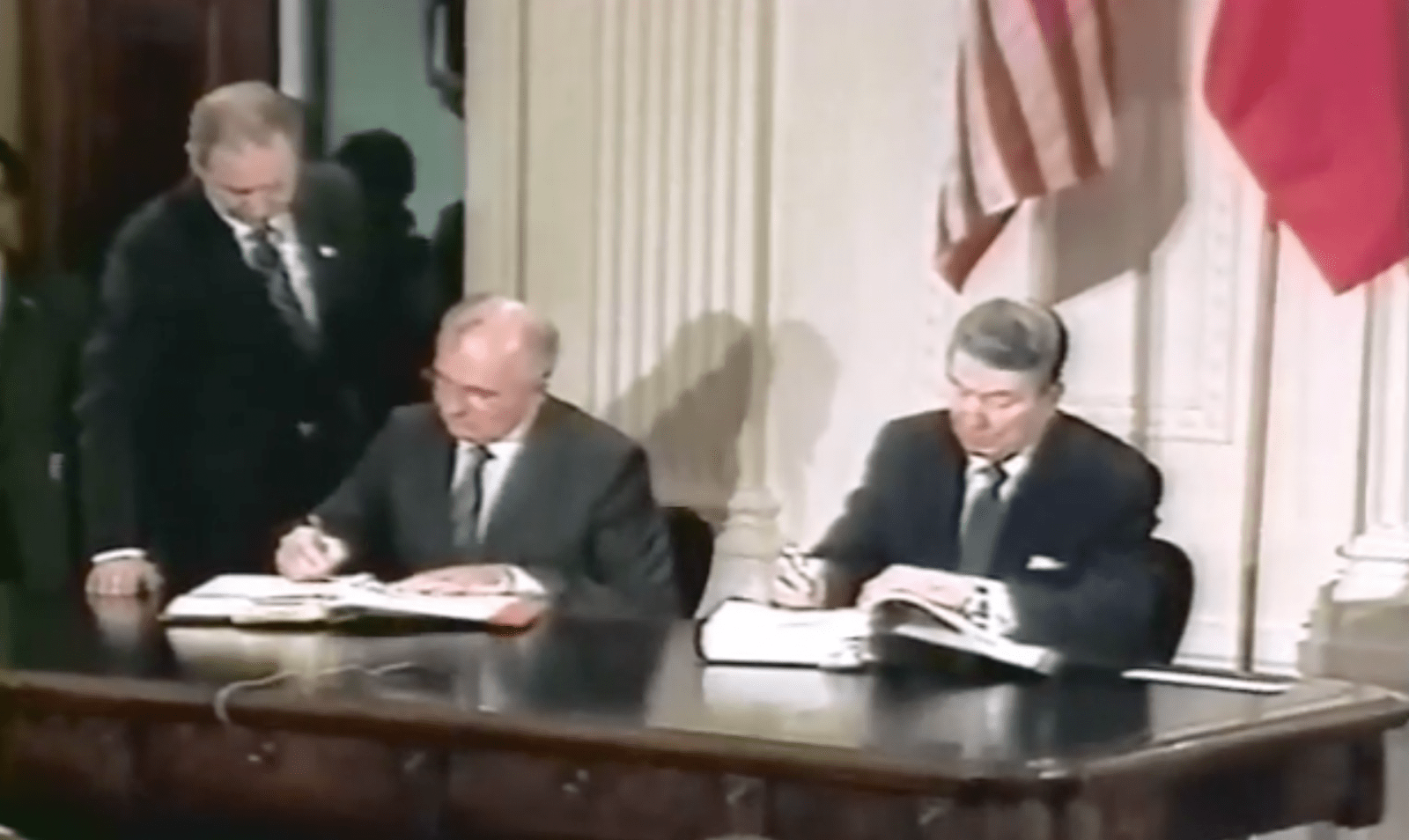 Thirty-one years ago, US President Ronald Reagan and Soviet General Secretary Mikhail Gorbachev signed the Intermediate-Range Nuclear Forces (INF) Treaty, placing a curb on nuclear weapons after decades of Cold War competition. Although the treaty persisted through to the end of the Soviet Union, it started showing signs of aging as early as mid-2000s. Not only did the treaty govern land-based nuclear delivery systems, it also barred the US from pursuing certain conventional precision strike systems for ground-based and maritime strikes. With President Trump’s withdrawal from the treaty on August 2, 2019 and Russia following suit, the INF is effectively a dead letter now.

Since the security environment has drastically changed in the last two decades, the time is ripe for looking closely at what to expect from US strategy and tactics, now that America remains free from the treaty’s restrictions.

From America’s point of view, the terms defined under the INF treaty have been out of step with the contemporary security environment. It has put the US and its allies at a relative disadvantage compared to China, as Beijing, not being a signatory to the INF treaty, has freely developed land-based missiles. Whereas Washington, under this treaty, was barred from doing so, since it prohibited the United States and Russia from possessing, producing, or testing land-based ballistic and cruise missiles capable of ranges between 500–5,500 kilometers, including both conventional and nuclear-armed missiles.

However, Chinese experts have largely viewed the US withdrawal as emblematic of a more aggressive US nuclear and missile posture as well as a means for Washington to pressure Moscow.  The US withdrawal from the INF treaty by citing China as one of the reasons, gives a loud and clear message to Beijing that Washington is now in a strategic competition with it. As the obstacles for the US to develop and deploy cutting-edge ground-based medium and intermediate-range weapon have been removed, perhaps China would try to counter the new and upcoming US capabilities by further enhancing its investments on missile technologies and other countermeasures.

Even though leaving the INF treaty is not a magic bullet that completely addresses American concerns, it does pave the way for much-needed possibilities for the US to reset its military balance vis-à-vis China. Washington has a solid opportunity to turn the tables now. As a short-term response to balance China militarily, the US could deploy intermediate-range land-based missiles on its own as well as its allies’ territories along the Western Pacific region. Weapons capable enough of denying China the use of surrounding coastal waters would act as a powerful deterrent against any potential Chinese aggression.

But the US would find this onerous since China, by never being a part of the INF Treaty, has produced and tested a wide range of land-based ballistic and cruise missiles. The entire United States already lies within China’s range. As a result, the demise of the INF treaty could now lead to a potential nuclear arms race between the US, China and Russia. But for the US to increase its short- and medium-range capacity in the region, it would first need allies willing to host such facilities. As of now, it is quite hard to imagine either Japan or South Korea agreeing to host such weapons on their territory.

The INF Treaty being one of the most important diplomatic watersheds has also served as a foundation for the security of Europe. But now that the treaty is dissolved, there have emerged a number of implications for the US and its allies’ security interests in the region.

In this regard, the US can be expected to adopt the following approaches. First, it could begin by enhancing its, sea-launched nuclear deterrent. This would allow Washington to pose a viable deterrent for Moscow’s intermediate-range missiles in the region without deploying American missile defense systems on European soil. Next, America could also expand the production and development of its ballistic and cruise missile arsenal to counter any contingency operations for the future. The US must ensure that it stays technologically superior against its potential adversaries in this arena.

The long-term strategy, however, is more likely to be focused on how Russia perceives the West now and has accordingly shifted its strategy towards a more offensive posture. If Russia considers itself on the offensive side now because of the decline of the West, the US could be forced to further shore up its trans-Atlantic alliances. This can be achieved over the long-term by leading NATO into the Russian sphere of influence by acceding Georgia into NATO and then further expanding it to Bosnia, Belarus and Moldova as well. However, the ramifications such a move would pose in terms of a Russian response cannot be underestimated either.

In 1987, the INF treaty played a major role in relaxing Cold War tensions. But today, amidst the revival of great power competition, the US is self-purportedly fighting with one arm tied behind its back. With the US and China on the brink of a new major power competition, it is important for policymakers on all sides to prevent rising tensions from causing a major crisis. As a result, it has now become important for the US to formulate and implement policies that characterize its changed mindset on how it deals with both Russia and China as strategic rivals. The US could expand NATO, facilitate in aligning its Allies’ strategic outlook and further ensure that it expands its defense capabilities so that the safety of its European and Asian allies stays intact, while also ensuring that other US interests abroad also remain protected. If, however, US policy remains hesitant and reactionary, there is a real danger that the United States will not be prepared for the challenges a post-INF world has in store for it.

About Komal Ali Shah 1 Article
The author is a Research Intern at the Strategic Vision Institute.

Escalation of the Crisis in the Persian Gulf

Print PDFAs an oil producing nation, the dominant western nations have done their best to keep Iran under their influence since the last century. The Anglo Persian oil company (founded in 1908) was created much […]

Print PDF A perspective on US strategic objectives in the Middle East contends that it is in American interest to undermine Iranian influence, as the latter constitutes a direct threat to the former’s allies in […]