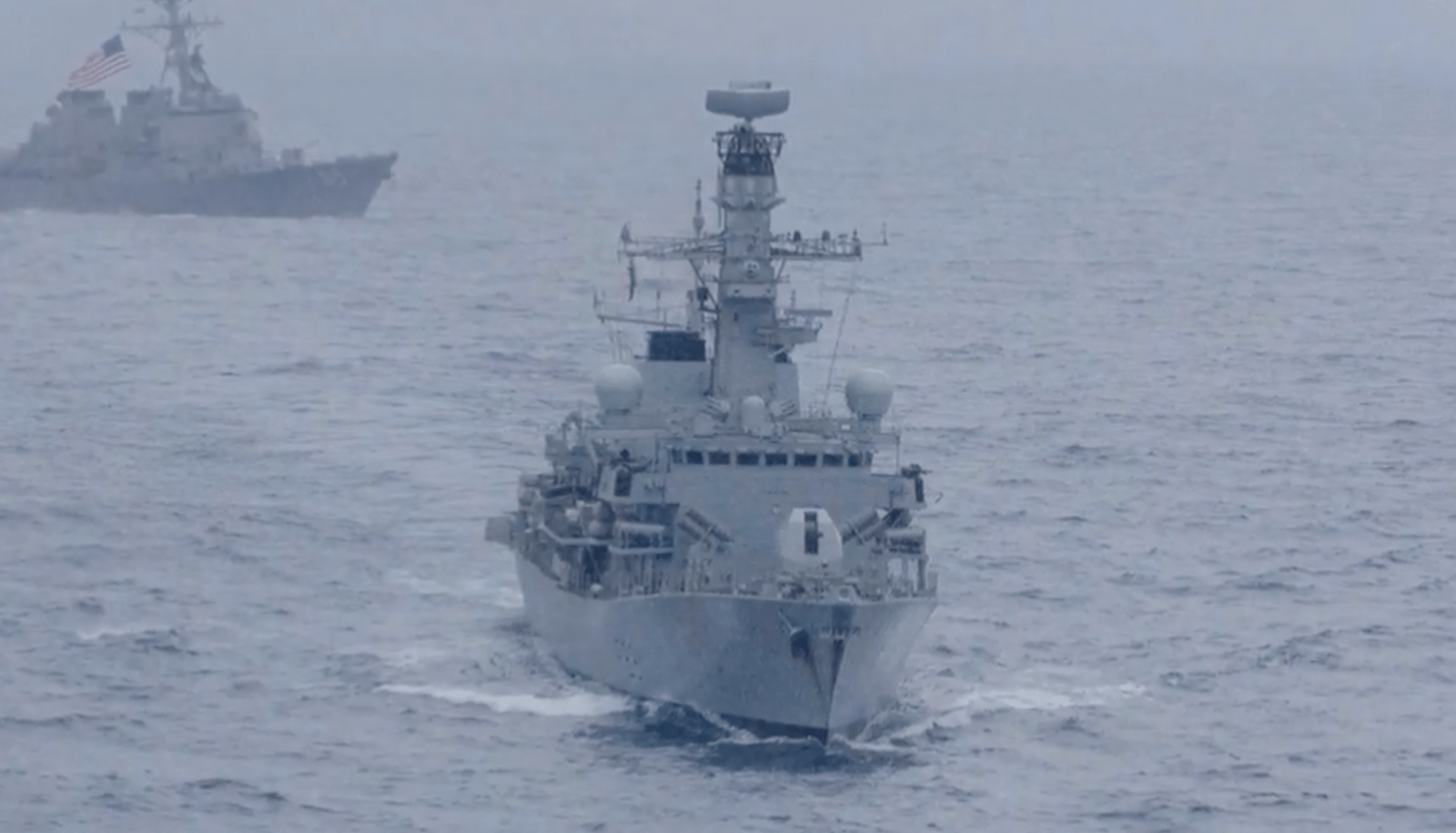 The provisions and regulations of sea and land are different under international law. For any state to conquer or occupy seas is very difficult; this is why, until a few decades ago, any state could use the sea as per its needs. But with the passage of time, technological developments and availability of resource literature placed limitations on legal use of the sea, particularly after the World War II.

In the contemporary era, there are five major maritime zones according to the United Nations Convention on the Law of the Sea (UNCLOS): Internal Waters, Territorial Sea, Contiguous Zone, Continental Shelf and the Exclusive Economic Zone (EEZ). The UNCLOS came into force after the South China Sea dispute arose in the East Asian region, which states in Article 3 that any sovereign state bordering the sea holds claim to 12 nautical miles of territorial sea in which immigration, taxation and regulations over pollution can be enforced. Article 57 stipulates that the state has the right to no more than 200 nautical miles of continental shelf and economic exclusive zone, within which it has authority to manage, preserve, utilize or inspect natural resources; generate energy from wind and water; construct wooden or artificial islands; and conduct drills, research regarding protection and conserve marine life.

In the South China Sea, other than the People’s Republic of China (PRC), the Philippines, Brunei, Malaysia, Vietnam and Republic of China (RoC) or Taiwan are all claimants of islands, rocks, coral reefs, etc.; in places, their claims overlap. There are two major islands in the South China Sea called the Spratly Islands and the Paracel Islands; the Chinese lay historical claim to more than 80% of the sea, which includes these two islands. The Philippines government also claims possession of the Spratly islands and Scarborough shoals, while Malaysia and Brunei lay claim to the affluent Southern part of the water and the Spratly archipelago. China’s claim covers 4/5ths of the sea area which it has demarcated through a boundary called the nine-dashed; it covers approximately 2000 kms, and borders Indonesia and Malaysia. However, China has not stated whether the territory under this claim includes only land or the waters as well.

These countries have had disagreements regarding territorial integrity for many decades, but matters began to exacerbate since 2009. The points of contention lie in the South China Sea and consist of the Spratly archipelago claimed by China, Taiwan, the Philippines, Vietnam, Brunei and Malaysia; the Paracel archipelago claimed by China, Vietnam and Taiwan; and the Scarborough Shoal claimed by the Philippines, Taiwan and China.

The May 2009 was the deadline for entries on the limits of the Continental Shelf, the impetus for the Chinese Note Verbale, in which it declared ‘indisputable sovereignty’ over a mapped region seeming to cover the whole South China Sea (SCS). Therefore, Chinese claims agitated the other claimants and accelerated skirmishes in the region. Subsequently, China began militarization in the SCS near the other claimants’ coastlines and reasserted claim to the Scarborough Shoal and other lands, which eventually triggered the Permanent Court of Arbitration (PCA) case .

Furthermore, countries such as Malaysia, the Philippines and Vietnam claim their exclusive economic zone and continental shelf with their mainland territory as the starting point, whereas Chinese assertion of the same begins from its archipelagos, in view of customary law and historical claims.

The UNCLOS’s charter of 1994, accounts for current international law regarding the South China Sea dissension, which the rejects the nine dashed line as giving China the right to assert historical claim to the islands and reefs inside the South China Sea. Prior to the maritime law, the South China Sea constituted the largest vital trade route among states like India, China, Europe and the Gulf Countries. All states who claim sovereignty over the islands and other resources in the SCS are parties to the UNCLOS. While the treaty set out evident laws for states around the Sea, it faces challenges due to prior prominent inhabitancy of the islands.

Legal maritime rights as far as UNCLOS are gleaned from the status of land features, which are the point of convergence of cases made to islands in the South China Sea by the ASEAN nations. China’s nine dashed line is a maritime boundary and does not fall under the UNCLOS. Comparing Chinese maps of 1947 and 2009 reveals that in the latter, the line is significantly closer to the ASEAN states’ coastal lines than in the former. However, China’s artificial islands are in the Exclusive Economic Zones of the Philippines and Malaysia, as defined by the UNCLOS description of 200 nautical miles, which clearly shows offensive moves of China in the SCS region.

The South China Sea tensions remain heightened and claimants have not reached a resolution; however, several international organizations are engaged in resolving the issue, such as the International Court of Justice, the UNCLOS and the International Tribunal for Law of the Sea. Therefore, ASEAN claimants’ consent did meet to the legal solution in recognition of international law but the People’s Republic of China (PRC) dissented from legalizing the dissension.

As China expands its power at the regional and international levels, she can easily enshroud its hegemonic interests by nuzzling international legal system. However, international law can safeguard the rights of smaller countries like ASEAN states but indirectly support the big powers like China.

In 2013, the Philippines filed adjudication against China and the latter refused to appear in the Permanent Court of Arbitration (PCA). In 2015, the International Court of Justice (ICJ) held hearings and gave First Award on the Jurisdiction; China did not attend the hearings. In 2016, the ICJ proffered last Award on the Jurisdiction. China, being a party to UNCLOS, expressed reluctance towards accepting the ruling of the ICJ, even though Itu Aba is a legitimate part of Spratly Islands.

Under the UNCLOS, Itu Aba is either an island or rock; if it is a rock, the Philippines can exert its right to use it as the starting point for authority over 200 nautical miles of sea. In the Final Award the Court of Arbitration ruled in favor of the Philippines as per this description and stated that China’s historical claims were forfeited when the latter signed the UNCLOS; China completely denied the Philippines claim and the case. Meanwhile, the major issue with the ICJ is that it cannot resolve territorial challenges, only maritime disputes.

The U.S. says that it neither supports nor denies the claims of the various parties involved, but countries with a presence in these waters must uphold the Freedom of Navigation. The United States claims that their patrolling of international waters is in accordance with the law to help ensure that ships flying the flag of any sovereign state do not suffer interference from other countries. However, India and the United Kingdom support the Freedom of Navigation as well. China on the other hand, claims that America is destabilizing the region and must leave in order to allow regional powers to resolve their own disputes. Each side is standing firm on what they believe in without compromise or meaningful dialogue, and the region could be a flashpoint of serious global conflict.

The author is undergraduate student at the National Defense University, Islamabad

About Mehtab Ali Bhatti 5 Articles
The author is undergraduate student at the National Defense University, Islamabad

A Sceptical Look at Climate Action in the Wake of Coronavirus

Print PDFThe end of March saw an influx of images of wild animals roaming cities freely as an amusing by-product of the otherwise devastating consequences of the spread of Covid-19. There was a goat snacking […]

Print PDFThe NPT PrepCom 2019 concluded on May 10 after two weeks of deliberations on nonproliferation challenges, aiming to pave the way for the NPT Review Conference (RevCon) in 2020. The PrepCom ended without adopting […]