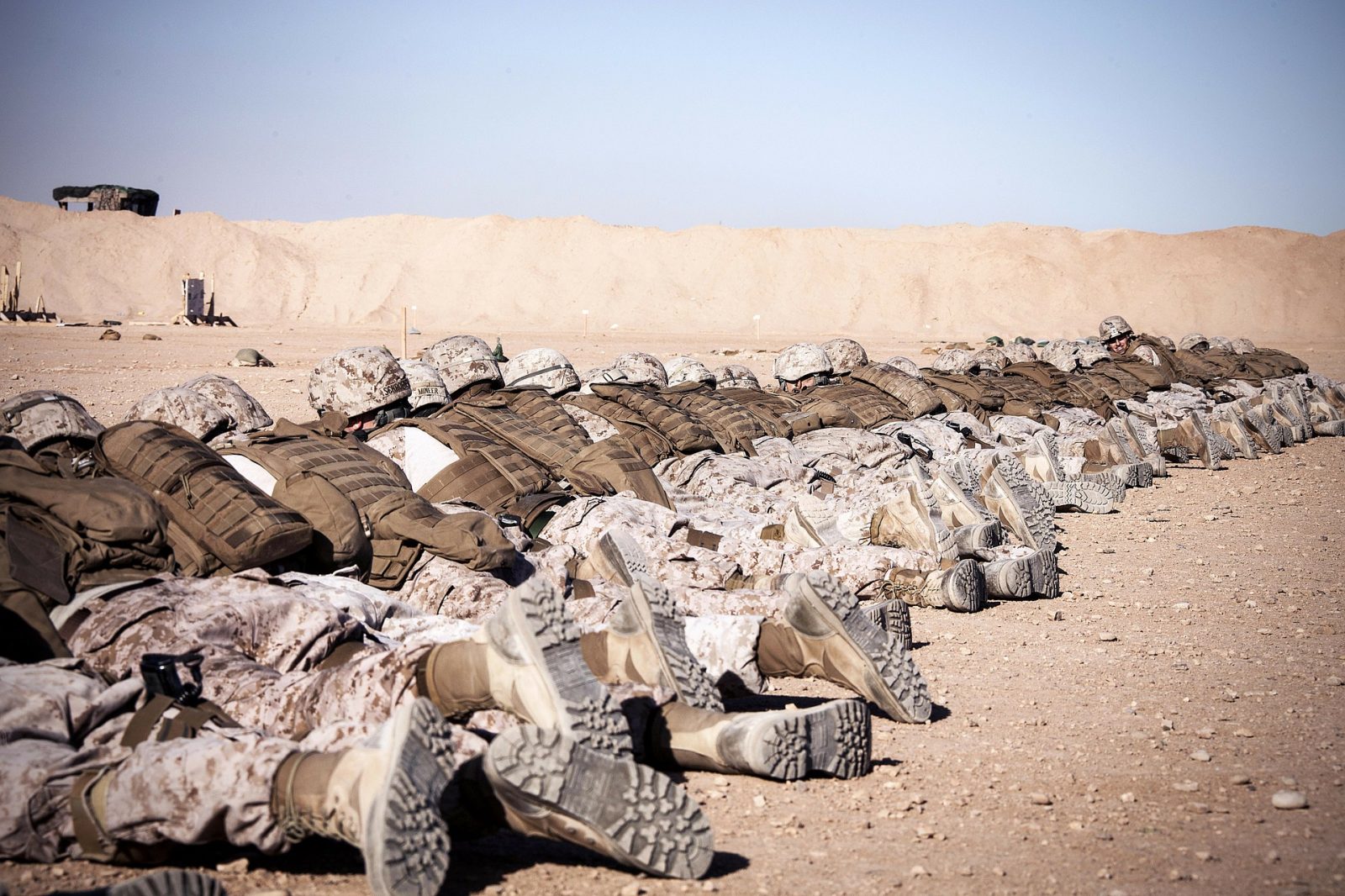 Despite the fact that since a long time, different regional and extra-regional luminaries (pacifists) have burnt the midnight oil to bring the Taliban and the US on the negotiating table to end their long-standing enmity and strife, where finally the Taliban parleyed with the US on 29th February 2020 by inking the historic US-Taliban peace deal, but unfortunately, the peace deal seems less productive and less applicable, as post-signing. It has been witnessed that both the Taliban and the Afghan government have opted for offensive hits against each other. Subsequently, this sort of warmongering would be the final nail in the coffin for peace efforts made by global and regional leadership in Afghanistan.

Reportedly, the unknown gunmen opened fire in a maternity hospital located in Kabul, Afghanistan, where initially at least 16 people including new-borns were killed. The fatalities also include mothers and nurses in the attacked hospital. According to the statement of the Interior Ministry, some 15 people were wounded while more than 100 were rescued safe and sound by Afghan security forces. It is also important to mention that the targeted hospital is located in the west of the city, home to the minority Hazara community, where every second day, insurgents from the Islamic State (IS) target the Hazara community to expedite their terror in the region. As per the reports of the New York Times, “A security official coming out of the hospital showed reporters’ pictures of the devastation inside the ward: mothers shot as they had tried to hide under a bed, a female nurse prostrates in blood, one woman still clinging to her new-born. ‘She was dead, but the baby was alive.’”

Also, the Interior Ministry of Afghanistan stated that 24 were killed and 68 others wounded in a suicide blast at a funeral held in the country’s eastern province of Nangarhar. The Ministry added that the terrorists have targeted the funeral of Commander Shaikh Akram, an anti-militant figure in the region. Reportedly, he died of a heart attack where thousands of people were gathered to attend his funeral ceremony. Later on, the IS took the responsibility for that menacing explosion and added that it was the work of the Middle Eastern terror outfit’s regional affiliate, Islamic State of Khorasan Province (ISKP). It is believed that the ISKP targeted the funeral mainly because of the arrest of IS leaders by the Afghan intelligence agency. It is necessary to highlight that a day before that incident, the National Directorate of Security (NDS) announced that it had captured three key Islamic commanders, who were involved in fuelling frightening havocs in South and Far East Asia.

By the same token, a truck packed with explosives blew up near a military court located in the country’s eastern city of Gardez, where at least five were killed and many more were wounded. As usual, the Afghan Taliban took responsibility for that menacing act. Tariq Arian, an interior ministry spokesman, stated that “a truck bomb explosion took place near a military court in Gardez city, which is a populated area. Dozens of civilians are feared to be dead and wounded.” Moreover, he blamed the Haqqani Network for these barbarian acts, which according to him, has good ties with the Taliban. These consecutive menacing and untoward occurrences have attracted the attention of the global and local leadership in the region.

In light of these barbaric acts of terrors in Afghanistan, the Afghan President Ashraf Ghani has ordered the military to move for offensive operations instead of the defensive or stationary mode. Also, he stated that “I am ordering Afghan security forces to switch from an active defence mode to an offensive one and to start their operations against the Taliban and other armed groups after dozens of people, including new-born babies, were killed in two separate attacks in the war-ravaged nation.” Additionally, he put light on the matter that offensive operations are needed to defend the country, safeguard our territorial integrity and sovereignty, and to counter all threats and attacks by the Taliban and other armed groups. Above all, these sorts of incidents have expedited the level of friction between the Afghan government and the Taliban, where the Taliban have issued their counter-arguments after the offensive decree issued by the Afghan President.

Interestingly, after a considerable pause, the Taliban has denied the involvement in the Kabul and Nangarhar attacks, while on the other hand, the Kabul government blamed the group for having hand in it. The Taliban said that Ghani wants to maintain his authority by prolonging the war. Furthermore, the armed group added that if the Afghan security forces increase the attacks against them, then for sure they would retaliate in the same magnitude. The group says they would continue the offensive attacks against any move by the Afghan government, consequently, the responsibility of dire repercussions would be on the Afghan government. Oppositely, the National Directorate of Security (NDS) has issued a statement regarding the Taliban’s violation of the peace efforts, made in the earlier months of this year and stated that “Taliban has conducted 3,712 attacks between Feb. 29 to May 11, killing 469 civilians and wounding 948 others. Afghan forces conducted 1,593 defensive operations against the Taliban during this period in which 2,134 Taliban fighters were killed, 1,691 wounded and 173 others were arrested.”

In the wake of these inhumane and barbaric occurrences which led to several deaths and casualties, the US has asked both the government of Kabul and the Taliban to cooperate and bring the perpetrators to justice. In this regard, the US Secretary of State Mike Pompeo argued that “as long as there is no sustained reduction in violence and insufficient progress toward a negotiated political settlement, Afghanistan will remain vulnerable to terrorism.” In the wake of emerging violence in Afghanistan, Pakistan strongly condemned the inhuman and cowardly terrorist attacks on the maternity ward in Kabul and a suicide blast on a funeral ceremony in Nangarhar, Afghanistan. Pakistan’s Foreign Office Spokesperson said in a statement that, “These terrorist acts were particularly despicable as they take place in the holy month of Ramadan and at a time when Afghanistan is grappling with COVID-19 pandemic. Pakistan condemns terrorism in all its forms and manifestations and will continue to support a peaceful and stable Afghanistan.

It took almost 19 years to bring all the opposing parties on the negotiating table, particularly the US and the Taliban. Under a quid pro quo, both the US and the Taliban have inked the peace deal to put a full stop to their long-lasting antagonism which has devastated the very conducive environment of Afghanistan. Although, the peace deal sparked the hope for peace and stability in the region, on the other hand, one may say for sure that it seems less efficient and less supportive to reduce at least the intensity of brutality in Afghanistan. As mentioned earlier, the Taliban and other armed groups’ offensive blows against the Afghan forces, have dimmed the peace efforts, hence escalated the tension and friction between the Taliban and the Afghan government. It is believed that some internal and external spoilers are eager enough to sabotage the peace attempts and gain their vested economic and strategic goals from the soil of Afghanistan. In this regard, India’s physical engagement (militarily and strategically) on the soil of Afghanistan, is not a welcoming gesture for the conducive environment of Afghanistan. Until and unless India doesn’t get their vested economic and strategic goals from that particular region, she would be looking supportive to meddle in the internal affairs of Afghanistan, hence there would be more likely for escalation of political and security turmoil. All concerned parties should keep an open eye on all regional and extra-regional spoilers to guarantee a conducive political environment for war-ravaged Afghans.

About Muhammad Shahid 3 Articles
The author is an external researcher at SASSI University Islamabad, Pakistan. His research interest is the Pak-Afghan Relations; and its Socio-Economic Impacts on Tribal Belt (the erstwhile FATA). He is also interested in security issues as well as politics of Afghanistan, Iran, People Republic of China, India and Middle East. He has a bachelors in Regional Studies, and an MA in International Relations from University of Peshawar, KP Pakistan. The author can be reached at: [email protected]

The Tale of Wounded Hopes and Horrific Lessons

Print PDFDays are turning into weeks and weeks into months, but the Kashmir siege remains in place with unprecedented military barbarianism. Life has been paralyzed and the land appears to be a ghost valley guarded […]

Print PDFThe Indian Ocean Region (IOR) has become a strategic hot spot in recent years. The naval presence of many states has seen aggravated rifts among Asian countries for influence in the Indian Ocean. The […]