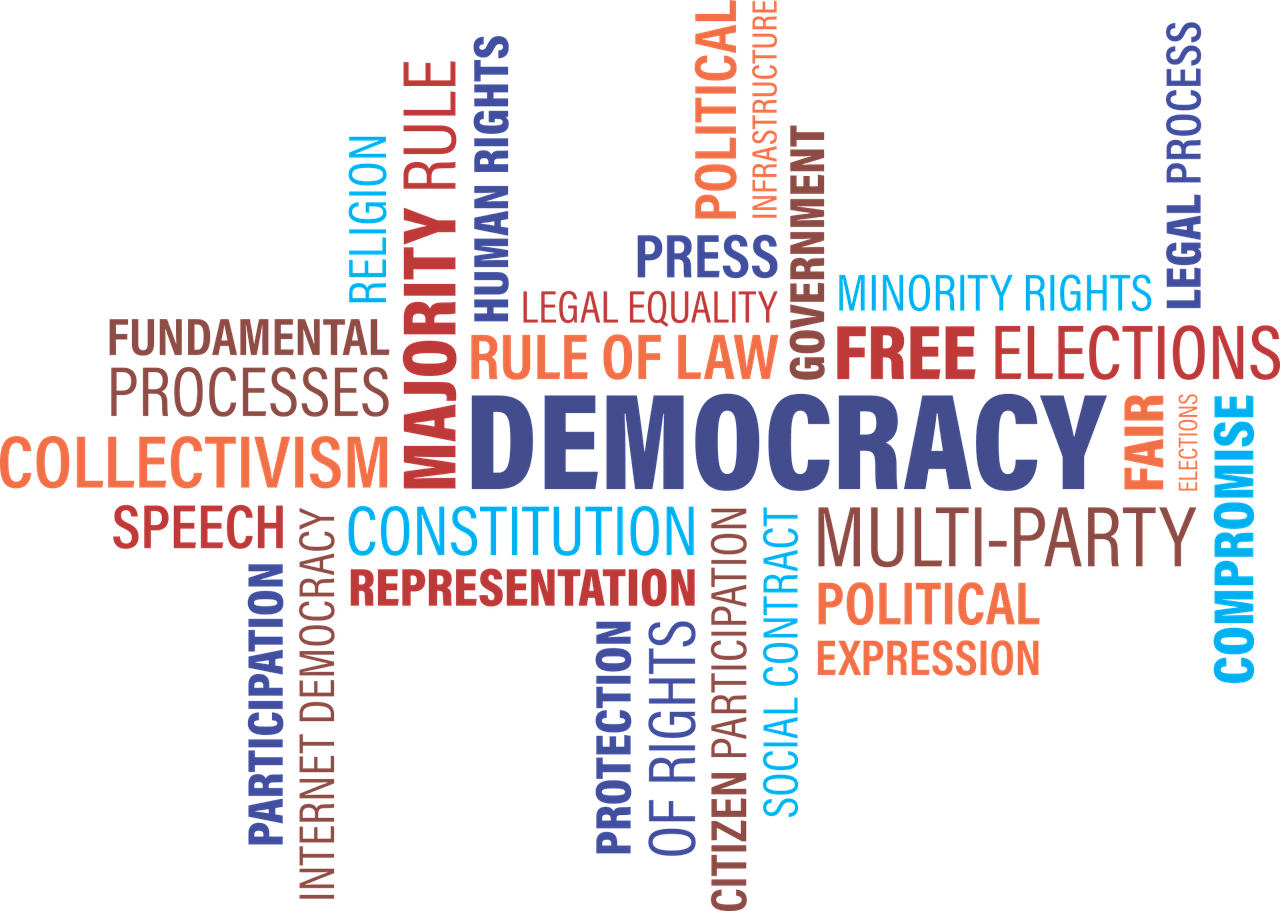 Democracy is widely considered to be the most legitimate form of the government, unfortunately, the trust in this word is beginning to fray for most people around the globe especially in Southeast Asia. The concept of popular vote may seem to be an interesting exercise; however, the question remains, how effective it really is in addressing the core issues of the citizens of a nation. Is it a system which truly is the most credible form of government or is it a system which favours the strong and strengthens the oligarchs to continue marching on the drumbeat of imperialism? Is there a solution? Can we come up with a system with which we can quantify the performance of a government for the masses so that a better and well-informed decision can be made in the next election?

Talking about countries in Southeast Asia and specifically Pakistan, it is unambiguous that the oligarchs have always taken advantage of democracy by means of two major facets. One: they inadvertently are passionate capitalists, so by being in power they are able to accumulate wealth. Two: they are able to circumvent the law to their advantage against their own nepotism and corruption.  A popular slogan of the political parties has always been that the masses are well informed and are able to take decisions on their own and no one can fool them. On the contrary, the masses are incessantly fooled, and the irony is that the masses keep on sinking the same ship, time and again without even understanding that their quality of life, their purchasing power, their access to good education and health services, etc., is being marginalized with each passing year. The slogan of the promise of tomorrow only results in bringing back the oligarchs to power. They are able to spend lavishly on the elections only to come in power once again to extend their reign. Not only do they recover the amount that they have spent on the elections through contracts and underhand deals, but they also accumulate additional wealth to contest in the next elections. The concept of Bourgeois and Proletariat can be truly seen in essence and spirit.

The West, understandably, are proponents of democracy for third world countries as it sits to their advantage. The oligarchs in third world countries need support from the Western world to remain in power and so the rulers of these democracies are nothing more than pawns in the hands of the West. The West, as per their whims, easily arm twist any of the third world politicians for their own agendas, which in no way is to the advantage of a common man living in impoverished conditions in any of the third world countries. The question remains, what is the way forward which can at least give a ray of hope to improve the quality of life of a citizen of these countries?

In case we agree that this definition of democracy has not been a successful model for the third world countries, we need to revisit whether a new approach is essential to address and to implement the concept of democracy, that too, if there is no room for debate on it being the best form of government. As Richard Nixon said in his book ‘Seize the Moment’, democracy is not a seed that can be sown into any soil, it requires conducive environment to flourish and prosper so as to develop shoots and bear fruit for the overall wellbeing of the society. Thus, we need to create a sub-system within the democratic system that can, if not entirely, but at least partially try to improve it, create an environment of harmony and ensure improvement in the quality of the lives of the masses.

The claimed literacy rate in the sixth most populous country, Pakistan, is a little more than 50%, however, the actual literacy rate is far less. The percentage of university graduates is less than 15%. With such high illiteracy, popular slogans like `Food, Cloth and Shelter’ have remained the cornerstones of most political parties for the last 50 years. It is ironic that masses have aligned themselves with a political party to such an extent that despite abysmal performance, they will continue to vote for the same party. Regional influences, feudal systems and personal affiliations are the only barometers by which votes are casted.

A new approach has been conceived, and studies conducted by University of Gothenburg, Sweden, called it Varieties of Democracies (V-Dem), which provides multidimensional and disaggregated data to understand the complexity of the concept of democracy beyond the simple outcome of elections. The project is distinguished between five principles of democracy: electoral outcome, liberalism, participation, deliberation and opportunities to equal rights. As per the research, the very concept of real democracy even does not exist in countries like USA, Brazil and India. USA is tilting towards autocracy and India is sliding down the rail of even being considered as a democracy due to intolerance towards religion, checks on freedom of speech, control on media and violation of civil rights.

For any country’s progress, understanding the hardcore challenges is definitely pivotal, however, a mechanism is also essential by which a common man on the street can find a way to comprehend realities in terms that he can understand, quantify and take decisions on. It may sound absurd, but a system may be developed with some intricate algorithms with which the performance of a government can be measured quantitatively. This will enable the citizens of the third world to identify what has been achieved by the past or present governments and they can then trust any party’s manifesto based upon performance. The Election Commissions of the third world countries should be responsible for giving a quantitative analysis. Moreover, it will also serve as a yardstick by which analysis can be tabulated quantitatively and variance in initial claims/slogans and final performance can be quantified. In the last 30 years, two parties have remained in power for most of the time in Pakistan, so past performances can easily be tabulated. This number will be far easier for a common man to understand and then decide on his vote based on this Index.

There are already various economic indicators like Inflation, Interest rates, Investment in Health and Education, Development and Non-Development Expenditure, Unemployment Rate, Increase in Foreign Debt, Foreign Direct Investment, etc. However, these have never been published in a manner that can be understood by the masses. Additionally, seven more intangible social indicators must also be algorithmically tabulated like Rule of Law, Law and Order, Access to Justice, Freedom of Speech, Civil Rights, International Relations and Welfare. Moreover, performance under unforeseen events like natural disasters, epidemics, wars and other calamities which may offset the overall performance of the government in one or more areas must also be taken into account. Such data must be gathered by the Statistical Bureau of the country over the course of the entire tenure of the government, to be passed on to impartial Election Commission where algorithmic analysis is performed. This way each indicator whether economic or social can be numerically accounted and then an overall index on the performance of a government can be projected for the masses to understand. It is synonymous to the marks obtained by student after attempting various questions in an exam and an overall result in the form of a number is provided.

The question is not as to how to implement democracy in the third world, the question is how the masses can take the right decision while electing their leaders so that their quality of life improves. With high level of Nepotism, False Hopes, Coercion and Influence, the true spirit is lost in the fog of ‘Just Hope’. How can a political party enforce true spirit of democracy when their own parties are not democratic from within? It is a family hegemony with leadership being passed on from one generation to the next. Lack of education in the masses also adds fuel to the already disoriented political system.

Implementation and understanding of a quantitative approach may be a possible solution for the masses to reap the true benefits of democracy.

About Sarmad Alvi 1 Article
The author is Group CEO of Asterisk Solutions and SyntecX. He has diverse experience of working with organizations in South Asia, South East Asia, Europe, China and USA. He has considerable knowledge on the political dynamics, business practices and strategies adopted in these countries. His business revolves around intelligence solutions and practices and he has liaison with some Intelligence Agencies around the world.

Print PDFPakistan’s internal security outlook has improved in recent years as compared to the post-9/11 era when the country was facing an existential challenge due to terrorism. 2020 appears to be a promising as well […]