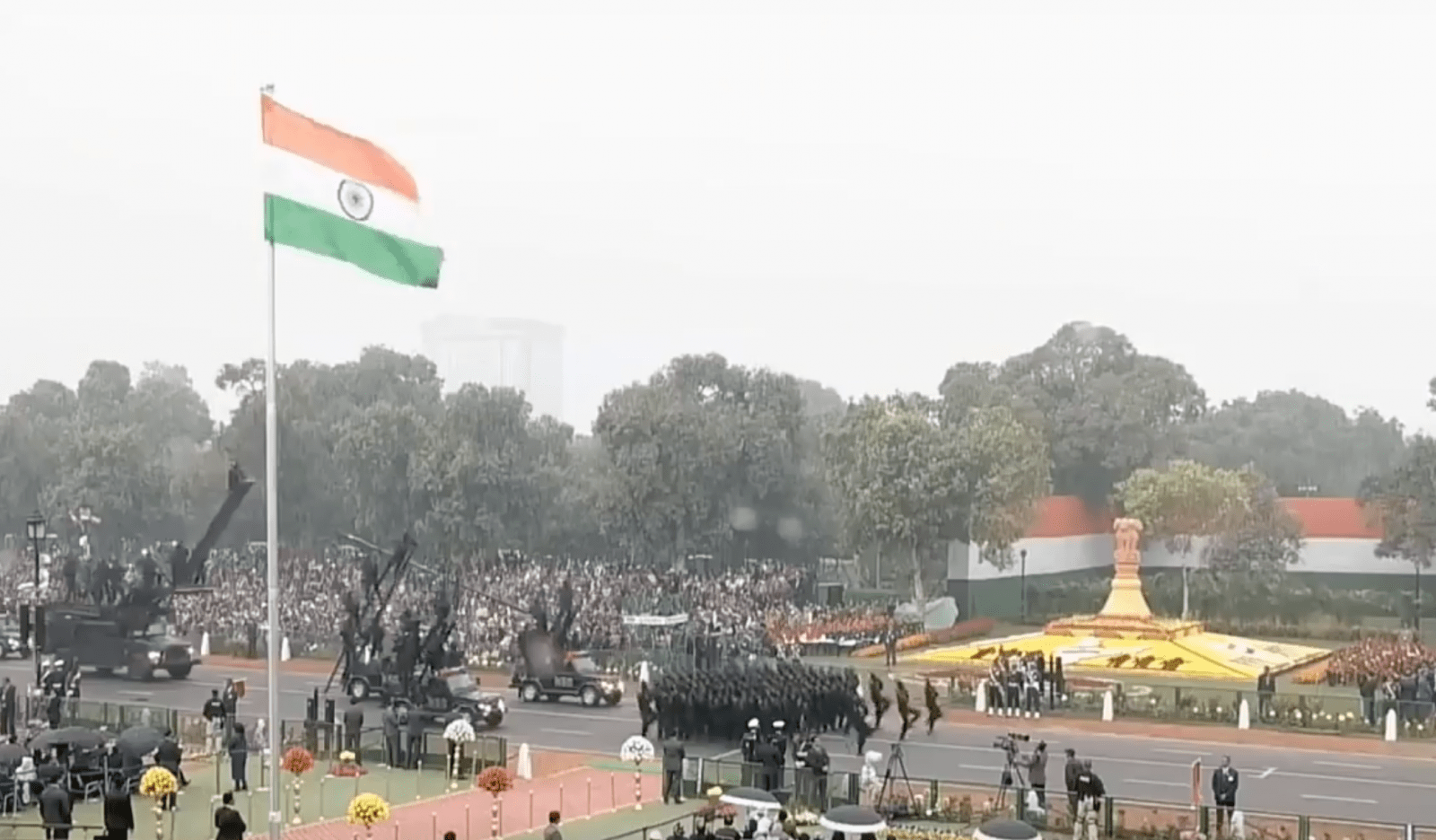 The concept of appointing a Chief of Defence Staff (CDS) is not new in India and had been debated for over two decades since Kargil War, to synergize the operations of all the three forces that are distributed in 19 commands, out of which only two are tri-service commands. The CDS is to act as an Advisor to the civilian government and on the other side of spectrum is responsible to synergize long-term planning, operations, training, procurement and logistics of the three services.

Creation of this appointment faced severe institutional and bureaucratic hurdles since K. Subrahmanyam’s committee proposed it in 1999. Even though all the major military powers have the appointment of CDS in place, the real question is whether this decision will address the existing operational instabilities of Indian armed forces or will add to the variabilities at the strategic level? This article seeks to examine the outcome of this appointment in strategic and operational domains.

At the strategic and policy level, hierarchical positioning of CDS in the newly created Department of Military Affairs (DMA) is likely to induce power struggle within the bureaucratic circles of the Ministry of Defence, while it may question the future role of National Security Advisor (NSA). Any such conflict will affect the desired integration of political and military hierarchy and resultantly the very concept of tri-services synergy. Appointment of CDS can also cause friction in India’s ‘strategic enclave’ which comprises of scientists, politico-military leadership and the Defence Research and Development Organization (DRDO).

At the operational level, the creation of new appointment is aimed to offset criticism on Indian forces for not delivering in times of need, which is otherwise due to serious deficiencies in India’s military decision making process. The CDS would essentially be a principal military adviser to the Cabinet, and practically has less to do with commanding the troops. The concept, in its substance, is likely to induce friction at operational levels. Since the responsibility to command troops and lead them in a war remains the domain of the Service Chiefs, the role of CDS is likely to create friction between the offices of CDS and respective Services Chiefs. The discomfort at the operational level owing to divergent goals being pursued by all the services, is likely to emerge anytime soon. Fault lines related to unequal budget distribution amongst the forces, divergent strategies of land and air force having ‘low impact’ and ‘high casualty’ preference for the former and ‘high impact – low casualty’ for the later, and a disjointed maritime strategy needs comprehensive efforts and wholehearted efforts that could overcome India’s bureaucratic-politics.

Services parochialism and conflict in the shape of seniority and power clash also looms large, if intra and joint services reform decisions continue to come from CDS’s office without requisite spade work and input from the respective services. The protocol and hierarchy issues could also emerge as Indian Armed Forces work in an environment where these are instilled from the very cradle and grow throughout.  With established primacy of Army over the other two forces, there is much room of resistance within services when CDS is from Army and has more authoritative powers that may adversely impinge the interests of the other two Services.

The recently appointed CDS in a recent interview with CNN News-18 emphasized that the practical manifestation to achieve the desired ends of synergizing the tri-services warrants restructuring the Armed Forces into Theatre Commands, which would be all-inclusive, war-fighting formations led by the combatant commanders. Though General Rawat has proposed structuring of all the three forces into theatre commands requiring a complete transformation of the existing force and command structure; practical manifestation of the same has neither been discussed nor any defined pathway offered for it.

This proposal appears to have come from CDS without sufficient consensus building within the three services. Notwithstanding this optimism, inherent reluctance of the political hierarchy to give leverage to military in decision-making and inter-service rivalry might create problems for operationalization of the CDS appointment, while making military decision-making process more intricate with serious implications for the regional stability. The CDS has been given the mandate to implement the concept of theatre commands in a time bound matter; however still many questions remain unanswered. Conversion of single service commands into joint commands can be challenging as there are differences and hesitation to share resources within the Services, over the idea and subsequent role of Services Chiefs, while theatre commands will be independently commanded by a single commander. The proposed reform does not have any firm grounds and is highly prone to in-fighting within services thereby disturbing the very structure of military.

The CDS has also proposed ‘force modernization’ by suggesting staggered purchase approach, accepting compromises and deficiencies in equipment to cater for overhauling and timely repair of the equipment (avoiding them to be obsolete in one go). This suggestion has already come under criticism from the Services, especially the Air Force. This policy is being seen as checking the progress of the operational preparedness while accepting further deficiencies in the wake of reduced defence budget with each passing year.  It would be like accepting perpetual deficiencies in the equipment rather than finding a smart solution to address them.

The proposed arrangement will seriously affect the present procedures of procurement which are long-winded and any hiccups may further delay the procurement. This aspect does not seem to have been given due attention by the CDS.  Furthermore, the procedure will limit the options for absorption of latest technology, whenever any modern equipment becomes available. There is a feeling that CDS is proposing defence forces to accept the deficiencies thereby compromising on operational efficiency.  There is a clear void at the policy level and wedge is becoming obvious where CDS has been made responsible for laying down priorities for purchase of equipment while onus of maintaining desired level of operational preparedness rests on the Services Chiefs. This is likely to create trust deficit and increase resistance between the CDS and the Services Chief.

Gen Rawat, since being appointed as the CDS, has been talking about setting priorities of procurement concerning modernization and availability of budget. While idea is about concurrent modernization, deciding priorities for joint operations in a modern battlefield remains much beyond practical implementation. Varied requirements vis-à-vis shortcomings of each Service is further complicated due to diverse nature of terrain and conditions in which forces have to operate. The manifestation of the concept presents serious gaps and resistance within Services which may be beyond the scope of CDS to handle.

The suggested increase in the retirement age of soldiers as a means to sustain the present level of budget by CDS has also not been well received, and is being seen as a serious shortcoming in his thought process. Altering the age profile of the Army will be an endeavor to replace the young, bold and risk taking soldiers with the older ones who certainly lack such qualities due to obvious reasons. Enhancing useful utility can be achieved through many other means including finding and creating suitable appointments in the service by the government, where experience of these soldiers can be best utilized rather than keeping them in hardcore military service.

Keeping in view the commitment and modernization, thinking it as a measure to save on budget does not make any sense. A soldier remains at disadvantage being retired early and has difficulties in managing his responsibilities after retirement. Government has remained insensitive to find better alternative to military personnel who give their best, while it has no issues with payment of higher pensions to other government servants being retired at a higher age. CDS’s opinion about officers as being ‘self-centered’ and not caring about soldiers is also being criticized and seen as a demotivating factor for the officers of armed forces.

The CDS comments about generating resources for construction of married accommodation for soldiers by undertaking defence land monetization has also met serious criticism. Provision of married accommodation to employees of any institution whether civil or military is responsibility of the respective institution, as per the government’s policy. Though there is a serious deficiency of married accommodation in Indian military; using training grounds for accommodation construction is being resented by many. Depriving military of precious and much needed land may also result in procurement of land at a higher cost, thereby affecting the very sense of efficient spending. The CDS is focusing more on the administrative issues that are not a matter of direct concern, but he should have been mandated to improve the hard core professional issues where the real deficiency exists.

The newly appointed CDS expressed that he and the armed forces are subservient to political government, however the statements made by the Services Chiefs have been under criticism where they are being advised to restrict their public statements to the military domain and deflect the political and macro national security issues towards the central government. Even the public statements with political tinge by some senior retired officers have been blamed to be unethical and based on self-interests and Services Chiefs are being advised to take them on seriously. The lack of synergy in overall strategic signaling by the CDS and Services Chiefs, is also under severe criticism and is reflection of the ‘tenure syndrome.’

The new office of the CDS with Gen Rawat being the first one to occupy it, it is likely that the role of defence secretary would also be undermined, since he is responsible for armed forces as per the government rules and making any public statement concerning matters related to defence.

Despite all the criticism from within the Indian Armed Forces, Gen Bipin Rawat enjoys the support of no less than PM Modi, since he was the one of the supporters of promoting RSS ideology in Kashmir and employment of Indian Army in great numbers. He also orchestrated the farce surgical strikes and developments thereafter. The present upheaval inside India can also be attributed to the support lent by Gen Rawat to Modi being his principal advisor on security matters alongside Ajit Doval and the Defence Minister. The appointment of CDS which was aimed to be a Boon, is grappling for not to become a Bane for the Indian Armed Forces.

Print PDFPakistan’s defence posture is mainly aimed at securing itself against the threats emanating from its arch-rival India. Over the years, it has made efforts to counter these threats by acquiring or developing systems to […]