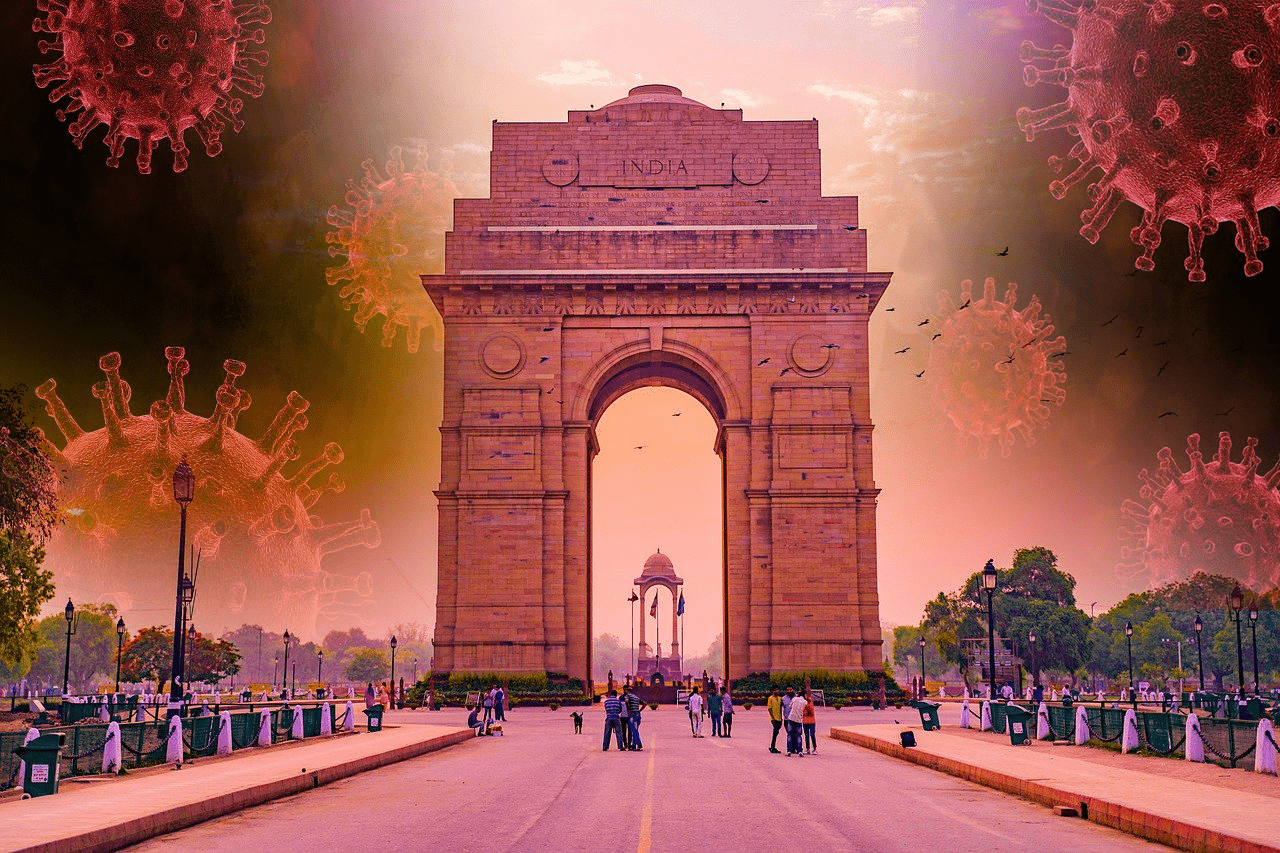 The coronavirus (Covid-19) pandemic has already exacted a devastating toll on the world economy in but a few months. Although developed countries have been shaken by the disruption, the developing world has borne the brunt of a disproportionate poverty-related aspect embedded within coronavirus’ spread.

In India, the scope of the damage has been particularly severe due to (1) the rampant inequalities embedded to into its macroeconomic structure, (2) a lack of coherent national strategy and draconian lockdown which pushed states to do improvise wherever they can, and most importantly (3) the unravelling of the dismal economy already underway since 2019.

India’s harrowing levels of economic inequality translate into wanton destruction at the lower tiers. Between March 19 and April 19, 2020, India’s unemployment rate shot up from a nominal 7% to at least 26%, with 140 million people losing their jobs.

More than 45% of households, notably concentrated towards lower economic strata, have reported a real decline income drop compared to the previous year. Independent assessments suggested that the Indian economy would lose US$4.5 billion (₹32,000 crore) every single day during the first 21-days of complete lockdown instated by the central government. The number could indeed get much worse.

But it must be remembered that, even prior to Covid-19, the Indian economy was being trumpeted based largely on fictitious numbers, with a small sliver of the upper-crust grasping most of the actual gains from economic globalization.

The Bollywood-esque fanfare that masked relentless manipulation of economic numbers was particularly rife under the BJP. However, when the local public and foreign investors alike began to pierce the veil of the government’s deceit in mid-2019, confidence in the economy waned and runs on the banks began (e.g. against Yes Bank).

The Modi regime thus began to face a crisis of credibility that was compounded by global opprobrium against a lawless brute-force annexation of Occupied Kashmir on August 5th, 2019 and the clumsy failure of its attempted aggression against Pakistan in early 2019 that was summarily neutralized by the Operation Swift Retort.

The legitimacy crisis and unravelling of illusions set the backdrop against which the Indian government has had to confront the coronavirus crisis in an ad-hoc manner. Most emblematic of India’s administrative chaos were the images of tens of millions of migrant workers trudging across the country in an attempt to return home, with countless falling sick and some even dying along the way.

Because of all of this economic hardship across the real economy, India’s growth figures for the next fiscal year (FY21) have been downgraded by the World Bank and by major credit rating agencies to the lowest levels since the economy was liberalized in 1991.

Various life-support attempts are being made by the central government, while the Reserve Bank has pledged $52 billion US (₹374 000 crores) in liquidity, and the World Bank has initiated emergency lending of $1 billion.

Yet the initiative has remained largely at the state-level, because of which the public health and administrative outcomes are different across the union. In a few states such as Kerala, which has traditionally invested more in developing human capital through health & educational investment, the coronavirus response has been comparatively adequate. In much of the union, however, the states are simply unable to grapple with the challenge at hand.

What India shares with the rest of the world, not least its South Asian neighbours, is the need to judiciously navigate both the public health crisis as well as the economic downturn simultaneously. Where it differs, however, is in the increasing realization that its underlying attitudes of prejudice and hatred, long boiled up deliberately by its fascist government, are tearing the country at the seams.

A large and visceral current of bigotry, Islamophobia, and venality has spread just as virally as Covid-19 itself. It is being seen in the discrimination against Muslims in hospitals and health facilities, on social media (#CoronaJihad), as well as in violent attacks in and near mosques.

Economic depressions offer societies an occasion to re-examine their structures with greater sobriety. The reality of a largely unequal society, led by an irresponsible government, itching for fights against neighbors and its own minorities, is laid bare for the public within India and beyond to see.

For all the gains of globalization that its governments have touted, India’s constituent parts: the states, the cities, the polities, the ethnicities; all find themselves pitted increasingly against one another. Coronavirus has shone a light on the country’s social and economic fault lines. No amount of fiscal stimulus can bandage those fractures forever.

About Dr. Usman W. Chohan 1 Article
The writer is the Director for Economics and National Affairs at the Centre for Aerospace and Security Studies (CASS). He can be reached at [email protected]

India-US Enhanced Strategic Partnership: Where does it stand today?

Print PDFDuring the cold war, India and the Soviet Union have remained strategic partners of each other since the major bulk of the Indian defence needs were fulfilled by the latter. Likewise, even today India […]

The picture that India claims is showing the downed Pakistani F16 Part.

Print PDFAmid Claims from India about an image showing downed Pakistani F16 Part, a video has emerged showing an expert commenting on the image. Have a look and comment.