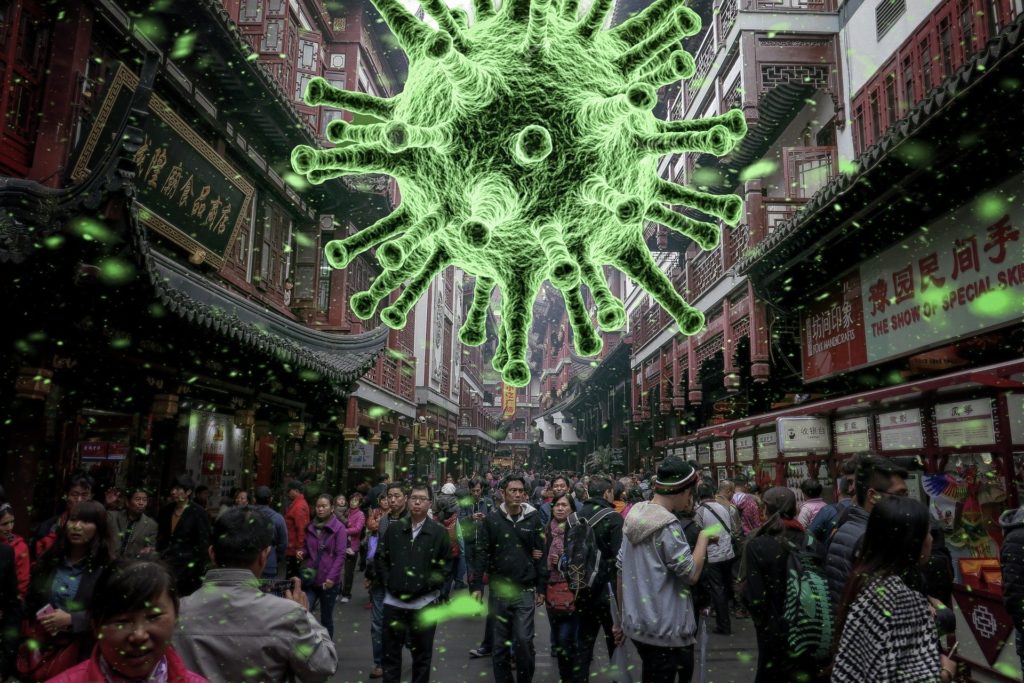 The COVID-19 pandemic has evoked a spectrum of responses from humankind, ranging from display of pure moral and humanistic impulses to instances of crass tribalistic instincts. Overworked and fatigued doctors, nurses and health workers, showing remarkable feats of resilience, altruism and professional integrity, have shown the best of humanity in these hard times. A few among them have even danced to the tune of cultural songs to keep the morale and spirit of the patients high in hospitals. Hardly has the world been so united in cherishing the services of a single profession! Some commercial entities have diverted their services in the production of protective gears for health workers to compensate for states’ inability to provide them in sufficient numbers. Philanthropists and volunteers have lent material resources and their time to help the most vulnerable in the society.

But the pandemic has also spawned a new wave of racism, xenophobia and re-working of stereotypes and prejudices. The COVID-19 has been called many names, all unsavory: a bio-threat from China; a Chinese virus; a Chinese virus pandemonium. One opinion piece in a leading American newspaper went so far as to trace the genesis of COVID-19 to the Chinese cultural values dating back to the sixth century B.C. This is not to exonerate China’s initial response of punishing the messenger for making a call to urgent action to contain the virus. Nor is it meant to overlook Chinese officials’ role in spreading what WHO calls ‘infodemic’, by suggesting the COVID-19 could have been brought to Wuhan, the epicenter of the pandemic, by American soldiers.

The colonial past and geo-politics also shape the narratives over COVID-19. How else does one explain the suggestion by a few scientists that the yet-to-be-developed vaccine for the virus should be tested on Africans, despite the fact that Africa along with South America are relatively less affected by this pandemic? This sordid suggestion prompted the director-general of WHO to condemn it in an official briefing.

To get a more revealing insight, one should carefully observe how the global media have covered the spread of virus in two of the worst affected countries, Italy and Iran. Both countries ignored the early signs, reacted slow and in consequence, have paid a huge price in the form of loss of thousands of precious human lives. But the global media have covered the battles of these countries to contain the spread of the virus in two completely different ways. While Italy’s staggering number of deaths due to COVID-19 was explained, besides its lack of early response, by its huge ratio of old people in its population and their frequent inter-mingling with their granddaughters/sons, the Iran’s case was explained by a ‘government response’ which was ‘marred by a combination of cynicism and religious ideology.’ While the international press was rightly applauding the intrepid health workers for their perseverance in Italy, mourning the victims in somber terms and remained focused on the human tragedy the pandemic was leaving in its wake, the growing number of cases in Iran made political pundits to turn their lens on a different direction and reflect on the legitimacy of the ruling elite in Tehran, question the authenticity of official death toll and prognosticate the political future of the country.

Even in post-colonial states, religious and ethnic minorities have been vilified and falsely accused of spreading the virus in the country. India has blamed its already beleaguered 200 million Muslim population and made it a scapegoat for its own failure to act urgently to contain the spread of virus. In Pakistan, the Hazara ethnic and religious minorities have been singled out as the potential carriers of COVID-19 in Quetta, the provincial capital of Balochistan, in official notifications. Hazara have faced the wrath of sectarian groups and have been confined to their areas. The derogatory and discriminatory language contained in official notifications go far beyond the urgent and immediate need of social distancing and rather perpetuate and entrench societal attitude toward an ethnic/religious minority that has faced hard times over the last decade and a half.

Examples of racist attacks and parochial responses in the wake of plagues abound in past. Bubonic plague in the early 20th century led to a forced segregation of Black population in South Africa, which prefigured the model of Apartheid there, and witnessed attacked against people of Asian descent, especially Chinese.

At a time, when the world needs solidarity, unity and cooperation to tackle the pandemic, such issues will divert the attention to petty politics that serve parochial interests. This pandemic is yet another reminder that most of the challenges the world faces are collective, may be not always in their origin, but definitely in their effects and without a concerted response, the consequences would be disastrous.

The Pandemic Highlights the Dismal Reality of Pakistan’s Healthcare System

Print PDFThe ongoing COVID-19 pandemic has highlighted the grave shortcomings within Pakistan’s Healthcare system that were apparent for a long time but were not attended to due to the generally frivolous attitude towards them. It […]

Syrian Conflict: A Decade of Figh …by Sumayya khalil17 hours ago

Hong Kong: A Year After the Extra …by Noor Ul Huda1 week ago