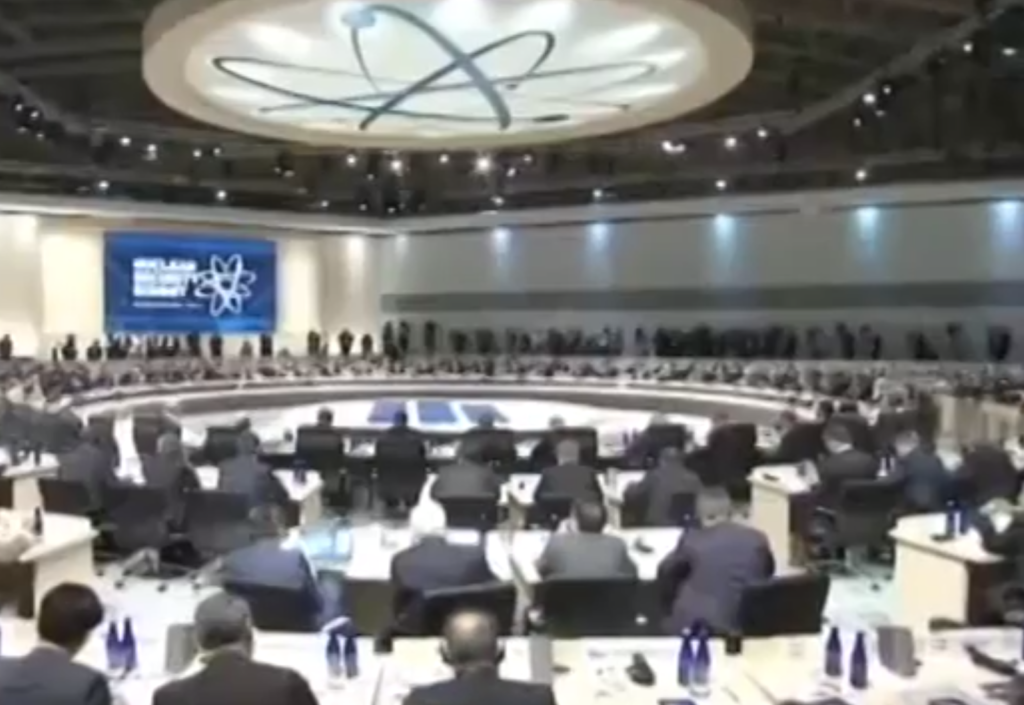 The 48-member Nuclear Suppliers Group (NSG) is deliberating the technical, political and legal aspects for admitting India and Pakistan into its folds. India, which has not signed the Nuclear Nonproliferation Treaty (NPT) – a prerequisite for the NSG membership, is pushing for the membership to help legitimize its status as a nuclear weapon state. Pakistan that has also formally submitted its application for the NSG membership is urging the NSG to develop a non-discriminatory criterion that could be applicable for all non-NPT states.

The NSG members so far have not been able to develop a consensus on admitting non-NPT states into the group despite significant pressures from the U.S., and few other leading proponents of ‘India’s only’ inclusion into the NSG. A significant number of NSG participants who were uncomfortable with the 2008 decision of granting an exemption to India from NSG’s full-scope safeguards requirement have now become more vocal in their opposition, as they regard non-NPT states’ membership issue differently and in conflict with the fundamental objectives of the NSG. According to these states, if the NSG has to admit the non-NPT states into its folds, it must be based on an objective criterion applicable for to all countries, to help strengthen goals of the global nonproliferation regime.

One of the suggestions that have been discussed informally by some of the group members, and more recently by the Executive Secretary of the Comprehensive Test Ban Treaty Organization (CTBTO), Mr Lassina Zerbo, is the possibility of making CTBT as one of the prerequisites for the membership of non-NPT states. While Pakistan has already indicated its willingness to join a legally binding ‘bilateral arrangement’ that could prevent further testing; India has rejected the Pakistani offer on the premise that nuclear disarmament cannot be negotiated at the regional level.

India’s abhorrence towards regional nuclear arms control is not due to its limited scope, but it had been objecting to all major arms control and disarmament initiatives in the past. In the 1960s, once the NPT was being negotiated, India played an active role and strongly argued in favour of a ‘grand bargain’ to bring all states – both nuclear weapon states (NWS) and non-nuclear weapon states (NNWS) under legally binding disarmament and nonproliferation obligations. As the leader of the non-aligned movement (NAM), India refused to join the NPT unless the five NWS made an explicit commitment towards nuclear disarmament. To break the stalemate, the NPT NWS eventually relented to the demands of the NAM and agreed to insert the language that they would work in ‘good faith’ towards nuclear disarmament (Article VI). However, when the draft treaty text was finalized and opened for signatures, India backed out and refused to become a party by terming it as discriminatory and a nuclear ‘apartheid.’

India’s approach towards CTBT was no different. It remained actively involved in the discussions but eventually refused to sign the treaty as it would have precluded the possibility of testing in the future. Interestingly, once India was engaged in the CTBT negotiations in 1995-96, at the same time it was also preparing to test nuclear weapons and join the nuclear club before a legally binding treaty could come into force. These preparations were picked up by the U.S. satellites and India was restrained from testing by the Clinton Administration to avoid unravelling the CTBT negotiations.

In contrast to India, Pakistan has mostly maintained a region-specific approach. It was actively involved in the NPT negotiations, primarily to prevent its eastern neighbour from pursuing the nuclear weapons path. Pakistan also considered NPT as discriminatory, but supported it, as it believed that having an unequal treaty was still better than none. Similarly, Pakistan supported the idea of banning nuclear tests even if it excluded the possibility of Pakistan testing its own devices in the future. Pakistan also suggested a legally binding bilateral test ban treaty in 1987, much before the CTBT was concluded in 1996. The proposal of a legally binding bilateral arrangement on non-testing was again offered in 2016 by Pakistan, but India remains dismissive of the proposal.

India does not want to be tied into a bilateral or multilateral arrangement that could preclude the possibility of testing its newer and bigger bombs that are required for India’s intercontinental ballistic missiles (ICBMs). PM Modi during the recent military crisis with Pakistan had also alluded to the existence of ‘thermonuclear weapons’ when he publicly stated that India possesses ‘mother of all bombs and these are not kept for ‘Diwali’ – a signal that India could possibly use these weapons against Pakistan. But to be used in a war against Pakistan or any other future adversary, India would want to test these weapons to ascertain their functionality.

India is also building new weapons systems that include cruise missiles and submarine-launched ballistic missiles (SLBMs) and is also developing short-range ballistic missiles or tactical nuclear weapons. The warheads for these new weapon systems would need to be tested to ensure the credibility of India’s nuclear deterrence. Unless India gathers sufficient confidence in its systems, it is unlikely to agree to any legally binding arrangement that could limit its future nuclear aspirations.

Opposing the CTBT or a bilateral arrangement with Pakistan also allows the Indian political leadership to maintain an assertive public posture and improve their nationalist credentials at home. India, nevertheless, has made implicit commitments to the U.S. and the NSG that it will never test. If India ever decided to violate its commitments, it could lead to the termination of India-U.S. nuclear deal that is regulated by the U.S. domestic law – also called the Henry J. Hyde Act. Similarly, the 2008 NSG exemption from the full scope safeguards requirement was also premised on a similar commitment that India will continue to maintain a moratorium on nuclear testing. And if India violated this commitment, the NSG countries would be compelled to retrieve the exemption making it difficult for the NSG members to continue with their nuclear cooperation agreements.

Despite these technical and legal challenges, India is of the view that the U.S. and the other NSG members would be reluctant to terminate nuclear cooperation due to the growing convergence of political, commercial and security interests. India is also hoping that the NSG would eventually relent under sustained U.S. pressure and grant it the membership in the group.

The NSG members who were coerced in 2008 by the U.S. to allow India-specific exemption, have now two possible options. They could either follow the same path and let India become the NSG member without any quid pro quo; or else, they could develop a non-discriminatory and an objective criterion that should be applicable to all non-NPT states. The second option would help recover some damage done to the global nonproliferation regime earlier, and may also provide a roadmap for integrating the non-NPT states into mainstream nonproliferation regime through an alternative path without having to fiddle with the NPT.

Dr Adil Sultan is a Visiting Research Fellow at the Department of War Studies, King’s College London and could be reached at [email protected]

About Dr Adil Sultan 26 Articles
Adil Sultan is a Director at Centre for Aerospace and Security Studies (CASS) and Visiting Research Fellow at King’s College London. He can be reached at [email protected], Tweets @adilsultan.

Print PDFAfter the Jammu and Kashmir Reorganization Act was passed in August 2019, Indian Occupied Kashmir was divided into two Union Territories: Ladakh and Jammu & Kashmir. The state in its previous form had a […]

Post COVID-19 World Order: How Di …by strafasia8 hours ago