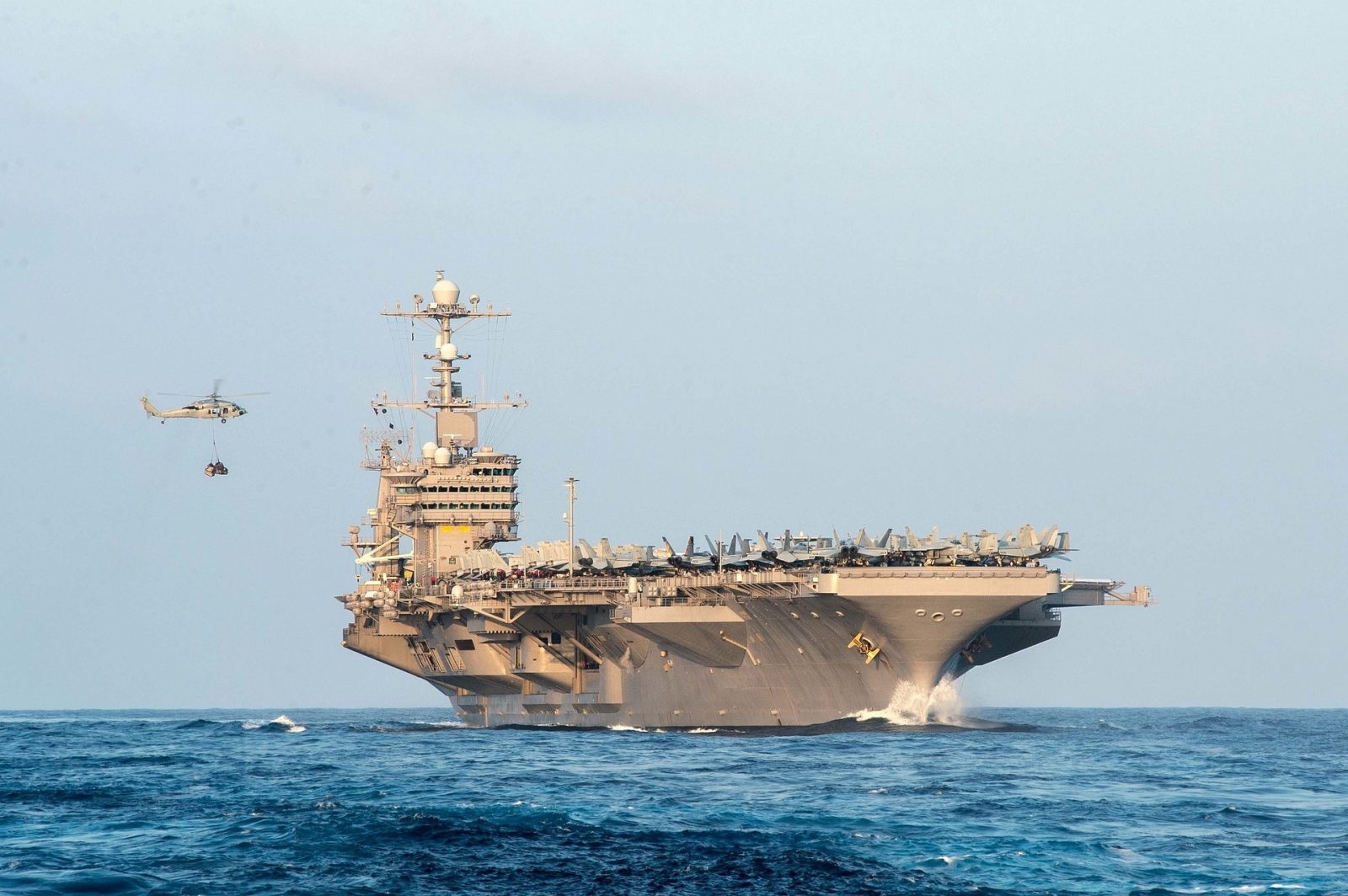 In the great games of geopolitics and the quest for global dominance, control over the world’s oceanic bodies holds preeminence. Although the US naval strategist Mahan formalized the concept of sea power towards the end of the 19th century, superpowers have been competing for influence and control over the seas since millennia.

With the dawn of the 21st century, the competing strategies of the major power players in the Indo-Pacific underscore the emergence of a strategic triangular playout in the region. In this geostrategic competition for the future control of the world, China, “the Stealth Superpower” as labelled by Oriana Skylar Mastro in her writing for Foreign Affairs, is pitched against the US-India strategic alliance. Projected to be the world’s top three economies in the upcoming decade, the power struggle between these three countries unfolding in this strategically important region of the world is destined to have global implications.

In June 2019, the US Department of Defense published its Indo-Pacific strategy report in which China is designated as a “Revisionist Power” while India is endorsed as a “Major Defense Partner” vital to safeguarding the liberal hegemon’s interests in the region. At present, these three players are elegantly playing the strategies of cooperation, competition and containment in the Indo-Pacific, with India acting as the offshore balancer for the US.

China and America have long maintained their economic relationship until the recent trade war broke out between them. While the US is trying to regionally contain the rise of China and eliminate the impending threat to its global superpower status, the two are competing for influence in various parts of the world, and the Indo-Pacific is the most important theatre for this geostrategic rivalry. In the past, cooperation and competition went side by side in their bilateral relationship. But after the outbreak of trade war, competition has overwhelmed cooperation. Now, American designs to economically dent China and resist the spread of its geopolitical influence, aimed at containing the dragon’s upsurge to the global level, have become more apparent than ever.

Regarding the China-India strategic playout, both the Asian giants have frictions over various diplomatic, continental and maritime issues; but they still maintain strong cooperation in the economic domain, with trade between the two countries touching $87 billion in 2018. These two countries have been exceedingly canny in balancing between geostrategic competition and economic cooperation while disallowing either of the domains to influence the other ominously. However, as the strategic competition between China and the US escalates, it may lead to the further intensification of rifts between China and India and there is a likelihood that economic cooperation between the two Asian nations may be overwhelmed by the geostrategic competition.

India and the US have a strong reason in the form of China to maintain and multiply teamwork. However, this is an odd type of strategic partnership, with India smartly playing the “balancing act” of maintaining strong military ties with Russia, besides maintaining a strong economic relationship with China. Until now, Washington has been magnanimous in granting India waivers from various sanctions vis-a-vis its military relations with Russia and trade with Iran. But recently, it withdrew the special trade status earlier granted to India, an indicator that the era of Washington’s strategic benignity towards India may essentially be over.

In this evolving scenario where Washington is adopting an economically protectionist stance and is not in a very solid position to offer any strong economic leverages to its allies and partners, whether the politico-military alliance offered by the US will be sufficient to resist the strong economic gravitational pull from China remains a big question mark. And this is the core of the saga in the Indo-Pacific; if geo-economics overwhelms geopolitics, the foundation of new world order may be laid right in this region. However, in the opposite case, China may have to exhibit its geopolitical cards (earned through geo-economics) somewhat early, and a long geopolitical competition may ensue.

The competition between the major powers in the Indo-Pacific is all set to further intensify in the coming years, but there is a remote possibility that it can turn into a violent conflict due to any of the existing maritime or continental issues. In reality, with the current forces posture in the Indo-Pacific, the potential devastation associated with any armed clash is so high that none of the actors can afford to engage in confrontation. Undoubtedly, differences over various maritime and continental issues may further exacerbate. Geostrategic competition in the region is also expected to intensify further, but it will manifest itself through indirect means, most notably by the use of proxies and in non-violent spheres, such as alliance formation, trade and economy. Opposing power blocs may pressurize each other by using various intimidating tactics, but the stakes for going into a hot conflict are too high; if sanity prevails, none of the sides will engage into an armed exchange. However, once maritime and continental forces of the opposing players are pitched that close, the chance of miscalculations and misunderstandings giving rise to a violent clash cannot be overruled.

Due to emergent great power competition in the 21st century, the Indo-Pacific region has assumed unrivalled strategic significance, and events unfolding over the past few years are hinting towards a shift in the regional balance of power. Due to the presence of the two rising giants, China and India, along with United States’ ever-present sway in the region, it is becoming ever more evident that the future of the global world order is likely to be decided here in this region. These three great powers have convergent and clashing objectives and are employing various competing strategies to negate each other’s designs. Currently, it is the US-India alliance vying to contain the rise of China. But even though they are cooperating with each other to contain the spread of Chinese power, it is just a marriage of convenience, and both countries differ with each other over various economic and political issues. Though China has been focusing more on the gravitational pull of its economic might to project its power and bring countries under its influence, the US is offering the regional countries of Indo-Pacific a politico-military alliance with the slightest economic incentives. This makes it essentially a contest between the gravitational pull from the Chinese economy and America’s geopolitical alliance offer, with countries of the Indo-Pacific left to choose between either of the two. At present, some of the regional countries have been balancing between the two sides, but as the geostrategic competition will further intensify, choices may have to be made. There still remains a remote possibility that this competition can turn into a violent exchange between the three power players because of the fact that desolations associated with such an exchange are exceedingly high.

Hamdan Khan is a student of Strategic Studies at the National Defense University Islamabad. He has previously worked at the Institute of Strategic Studies Islamabad & is currently associated with Pakistan Council on China. His major areas of interest include Geo-politics, Geo-strategy, Great Power Competition & Nuclear Affairs.