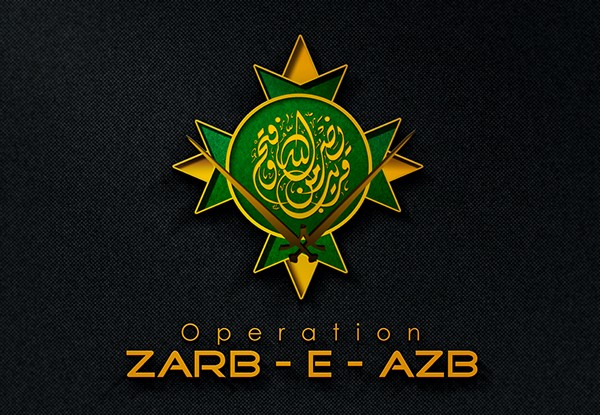 Military operations and the Humanitarianism are considered as oxymoron and generally do not appear in same reference. However, the desire to deal with the region which was once known as the “most dangerous place on earth” and “wild than the wildest West”, has been long overdue. As the Americans are (once more) in the process of making final deal with the Taliban, to chalk out a face saving exit strategy from Afghanistan, many questions are being raised about the future and stability of the region. Pakistan has been concerned about the law and order situation in its own territory, especially in the erstwhile FATA area. To normalize the new formed seven districts (Bajour, Mohmand, Khyber, Kurram, North Waziristan, South Waziristan and Orakzai), KPK’s provincial and the federal governments, alongside Pakistan Army have been making concerted efforts and have made significant progress.

Notwithstanding the age old and traditional stigmatizing and stereotypical approach towards understanding the locals, Sir Olaf Caroe, the Governor of the North Western Frontier Province from 1946-1947 referred to the Wazir and Mehsud Tribes (two of the major three tribes, including Dawar Tribe) in Waziristan as wild predators, calling Wazirs as Panthers and Mehsuds as Wolves. “Both are splendid creatures. The Panther is slyer, sleeker and has more grace: the Wolf pack is more purposeful, more united and more dangerous”. These tribes might have existed in state of perpetual conflict through the ages, however, mostly they remained united in the face of external invasion. Starting in 1850, British wanted to create a buffer zone (between the British India and Russian Empire) in the region and invaded these tribal territories. All six expeditions launched by the British to subdue the locals between 1850 and 1880 failed. Finally in 1893, a border treaty was signed, on behalf of the British Empire, by the British diplomat Henry Mortimer Durand and King Abdur Rahman of Afghanistan. This defined the border between British Raj and Afghanistan.

The control of this unruly region remained a dilemma for most of the British rule and in 1872, a set of rules known as the Frontier Crimes Regulation (FCR) was promulgated to segregate these “wild tribes living in the hills” from the colonial judiciary system and create a division between them and the more “civilized” subjects of the Empire. These regulations effectively encapsulated these tribes in their own age-old customs and traditions such as Jirga, Pashtunwali and Melmastia etc. Arguably and ironically, these tribes were punished if they violated (customs and traditions) as ordained by the colonially sanctioned FCR. They were punished one more time as they decided to strictly follow the same customs and traditions (for example their traditional hospitality towards their guests). Further discussion on this aspect remains the subject of another paper. FCR remained in effect even after the independence of Pakistan in 1947, only to be abolished, after almost 150 years of its promulgation, in 2018 by the government of Pakistan. In 2018, the KPK government also passed the FATA Merger Bill, and the regional agencies got the status of Districts on the existing national footings.

After Russian invasion of Afghanistan, the porous Afghan-Pakistan border offered an easy entry and exit between the two countries and this region became a sanctuary for the global rogues, including Uzbek, Tajik, Turkic nationals, besides scores of North Africans and Middle Easterner (not to mention Americans and many Westerners). During the last decade of previous century, the region remained lawless and a fostering ground for multiple crimes. Post 9/11 US invasion of Afghanistan and the presence of large number of ISAF forces in Afghanistan, resulted in large crime spillover from Afghanistan into these regions, and necessitated Pakistan Army’s presence in these agencies. Pakistan Army’s intermittent presence created some semblance of normality but the situation generally remained volatile and crimes returned whenever Army departed. Finally, with a resolve to bring peace in the region, and remove all undesired elements, Pakistan Army launched Operation Zarb-e-Azb after the 2014 attack on the Army Public School in Peshawar. Most of the region on Pakistani side was cleared through successful operations (baring North Waziristan). However, the absence of the Afghan and NATO forces on Afghan side of the border, the void in the effective border management mechanism, kept bringing the miscreants back to Pakistan, and North Waziristan remained a popular abode for them. Resultantly, this district has been the sanctuary for TTP (Tehirk-e-Taliban Pakistan) besides many others who wanted to create unrest and spread terrorism in Pakistan. The Army had a realization that the country cannot have peace till the time North Waziristan region is also cleared off all undesired activities and elements. The bounds of this operation were thus extended inside North Waziristan as well.

The tough decision taken to pacify this district included a multi-pronged strategy. This strategy included both kinetic and non-kinetic operations. Over half a million local population was asked to evacuate their villages and were settled as Temporarily Displaced People (TDPs) at Baka Khel near the town of Bannu. The aim was to clear all possible pockets of resistance from all villages and towns in North Waziristan. The second, and simultaneous prong of this strategy, was the enactment of an effective border control mechanism including fencing the entire over 2400 Kilometers border between Afghanistan and Pakistan. Fencing is likely to be completed by end of 2019 or owing to the severe weather in rugged mountainous regions, by early 2020. Fencing is aimed at ensuring a controlled entry and exit, and it does not mean complete shutdown of the cross border movement. Presence of major traffic crossing point at Ghulam Khan and fence gates every 2 to 3 kilometers, will ensure a more controlled and regulated movement on either side of the border.

Armies around the world are trained to fight and carryout kinetic operations in conflict zones. Humanitarian operations are performed by the armed forces mostly under the umbrella of UNO through Peace-Keeping operations. Such operations generally occur as a consequence of successful Peace-Making process and after cessation of hostilities. Incidentally, Pakistan has been one of the largest Peace Keeping Troops Contributing Countries for a very long time. All members proceeding on such UN duties undergo special training before their departure at the Center for International Peace and Stability (CIPS) at the National University of Sciences and Technology (NUST). This training, and its practical manifestation through involvement in humanitarian operations for extended durations at UN platform, has instilled a clear sense and methodology of “how to” of these operations. As a result one can witness successful employment of same strategy by the Pakistan Army in North Waziristan. In a third prong of North Waziristan normalization strategy, the post-conflict rehabilitation activities are underway, and Pakistan Army is bringing the local population back to the villages in phases. Compensation is given to the locals as assistance in resettlement through political process. Besides building of the markets, shops and an elaborate two way black-top road infrastructure, Pakistan Army has been intricately involved in humanitarian ventures such as establishment of schools, dispensaries and frequent medical camps. Distribution of books, uniforms and toys among the school children, creation and maintenance of orphan homes, financial assistance to the needy families, creation and encouraging the youth offering them jobs, and organizing sports galas, creation of girls schools and female health facilities are only few efforts to mention. Travelling through North Waziristan, one cannot miss to notice bustling local markets and heavy traffic movement involved in reconstruction and infrastructure building. Besides developing rapidly growing road infrastructure and one of the major achievements of Pakistan Army in North Waziristan has been normalization through local inclusion. Locals are being involved at every tier of development and decidedly this inclusivity fosters a sense of ownership in development projects. The overall peace in the district does not perfectly match the neighboring districts, however, the life is fast returning to normal.

The best way to know the reality is to travel through the region, because the accounts mentioned in most of the recent papers and books are poor regional guides. As a result the critiques of humanitarian role of Pakistan Army remain twice removed from reality, once by reading such biased secondary accounts and secondly by lack of personal observation. The role of Pakistan Army in conflict- and disaster-induced humanitarian crises in this geo-political setting, definitely deserves appreciation.

Post COVID-19 World Order: How Different Will It Be?

Print PDFThe COVID-19 pandemic, termed as a “nuclear war in slow motion”, has exposed the global leadership crisis and the vulnerability of the international community to deal with the new and unforeseen hazards. The global […]

Print PDFRecent developments in the subcontinent have been daunting. India has revoked Article 370 of the Indian Constitution which granted a special status to the valley of Jammu and Kashmir. After the Maharaja of Kashmir […]

Two Decades of Nuclear Learning: Have India-Pakistan Learnt Some Lessons?

Print PDFIn May 2019, India and Pakistan commemorated their 21st anniversary of nuclearization that also coincided with the culmination of another military crisis between the two regional adversaries. Since becoming declared nuclear weapon states in […]

The Operability of Non-Stealth Fi …by Ahmad Ibrahim10 hours ago