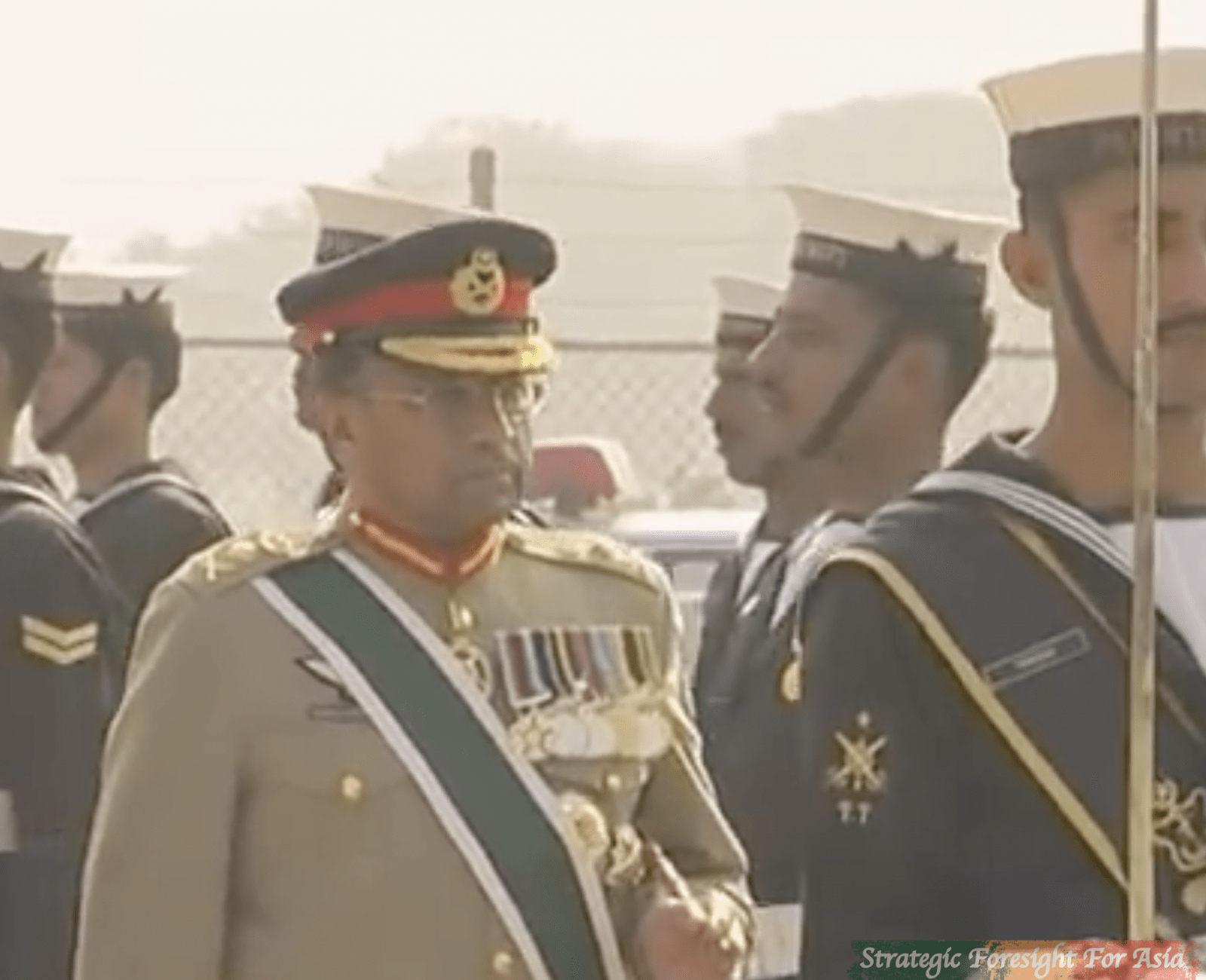 All political systems come with their fair amount of criticism whether they are democratic or authoritarian. In Pakistan, we have had a mix of democratic and authoritarian tenures, and by comparing one against the other, it is possible to make an assessment. There are many facets for which an assessment can be done. Among the many areas to assess, the ability to perform, deliver results, be efficient and be productive is an integral one.

Historical Context.     Democratic systems, as we know them today, have not been around for long and have evolved in this limited time. There have been different sorts of democratic systems, and various modifications of Aristotle’s original concept, ranging from direct democracy to social and liberal democracy.

Pakistan was initially an Islamic nationalist movement which succeeded in 1947 when it gained independence and inherited a British parliamentary system. Since then, it has seen a fair amount of turbulent times and political unrest. The death of Quid-e-Azam in 1948 and the assassination of Liaquat Ali Khan in 1951 were only among the highlights of the public discontent which eventually led to a military takeover in 1958.

Later on, there were many other authoritarian governments from 1958–69, 1969–71, 1977–88, and 1999–2008. Approximately, only a little more than half of the time has been under democratic systems, and it saw its first democratic transfer of power between two political parties in the 2013 elections.

Governmental Framework.     Pakistan is a semi-presidential system where the Prime Minister and his cabinet hold executive power and the President acts as the head of state. It is also a federal parliamentary republic which faced delay in passing a constitution. It was not until 1973 that the current constitution was adopted and endorsed.  A major reason for this delay was the political rifts between the various political parties. High amounts of political participation in the form of representatives in the government are the sign of a healthy democratic system, but it also means delays and high levels of bureaucracy.

In Pakistan 172 out of total 342 National Assembly seats are required to form a government. In 2013, when Pakistan experienced its first and smooth democratic transfer of power between two political parties, none got the 172 seats on its own, and that followed an intense time of negotiations between the major parties coming to an agreement regarding a coalition. The entire electoral process is taken, overseen by and conducted under the Election Commission of Pakistan (an independent and autonomous body) and it follows the Westminster first-past-the-post system.

In theory and on paper the democratic system looks clean and efficient, but the practical reality has shown itself to be different; arguably due to conflicts within different political groups.

Authoritarian Systems: Economic Growth.      In the most recent authoritarian government of General (retired) Pervez Musharraf the Pakistani economy saw a great revival and progress. The economy grew at an annual rate of 7%, large-scale manufacturing and services grew 11% and 6% respectively, and the increase in investment opportunities and tax collection were just the highlights of Musharraf’s regime as stated by Junaid Roshan Tanoli in a study that compared economic growth under democracy and dictatorships.

Following the 2007 election, the democratic regime did not match the progress and economic development. The decline in GDP from 7% to 2.9% under Zardari’s democratic regime can be attributed to the global financial crisis, but that would merely be an excuse because Bangladesh’s (a country in the same region and with somewhat similar history) GDP was 6.8% at the same time. Also, Inflation in Pakistan rose to an all-time high of 25.3%, and consumer prices grew by 80%.

Another example of the progress that benefited the public and brought stability to political turmoil was the authoritarian regime of Field Marshal Ayub Khan. The economy saw positive trends and that time came to be recognized as the “Golden Sixties.” This was achieved by focusing on heavy industrial development and advancement in the fields of science and arts. In doing so, the GDP had increased from 3% to 6% and the manufacturing sector was expanding at a rate of 9% per year.

The tenure also experienced exports higher than that of Thailand, Indonesia and Malaysia combined and saw the development of major energy projects such as Tarbela and Mangla Dam. These dams have now become household names and major contributors to the country’s energy capacity. Whereas, the democratic regime of Zulfiqar Bhutto that followed was characterized by economic stagnation, lack of investment, income inequalities.

Other projects and reforms that took place, which were held in high esteem by the populace and worked efficiently, were under authoritarian governments. The National University of Sciences and Technology (NUST), Central Military Hospitals (CMH), Army Public Schools (APSs), etc. were initiatives of a non-democratic system. NUST is ranked among the top universities of Pakistan and also recognized internationally. CMHs attract, house and treat the majority of the population and APS’s quality of education is preferred by most families. Perceptions of such services are highly important because they establish public sentiment, which is integral to any political situation and its evaluation.

Crisis Resolution.        From a crisis resolution perspective, an authoritarian response also came out to be more effective. The security situation was held at the peril of democratic systems and the inability of the democratic government to come to an agreement on how to approach the matter when the APS school bombing took place in 2014. It was an authoritarian response that actually directly addressed the crisis; the military launched an all-out offensive followed by structural reforms in the affected area.

Authoritarian versus Democratic.     Yes, Pakistan is comparatively new to the game of democracy, and so far, the benefits seem to be in the shadows. It is a possibility that over the course of many years the situation may be different. Up till now, excess democracy and the stagnation it can bring appears to have had the limelight. Given enough time, the stable and inclusive nature of democratic systems may shine brighter.

Pakistan saw significant economic reform and prosperity as well as initiatives in the education and health sector under authoritarian regimes or authoritative military institutions. When compared, the democratic systems of Pakistan demonstrate a lack of productivity. Though, there can be external factors that have contributed to democratic systems being unable to get anything done and it is the nature of democratic systems to allow these externalities to become factors.

When the concepts of participation, competition, and liberties are introduced and enforced in a state which does not have a history of it, the excessive democratic nature of the concepts mentioned above, is either met with hostility, or it hinders progress. However, Pakistan’s productivity with authoritarianism is not exemplary for every country. The societal and historical context for Pakistan is likely to have favoured the streamlined approach of authoritarian regimes, but that may not be the case for others.

Theoretically, we can say that democratic systems provide an excellent framework for change and progress because they advocate for liberties, participation, and competition; resulting incoherent and inclusive policies. However, that would be if the majority (voters via elections and/or those in government) comes to the same consensus. The high value given to liberties and participation allows a gateway for dispute and stagnation of work. Whereas in dictatorships/ authoritarian regimes the decision-making rests in the hand of few and therefore any plan of action takes place faster. This does not negate the possibility that authoritarian power and dictatorships can abuse power for personal gain and not take any measures to benefit the state. Restricting power and representation at the hands of non-democratic systems, no doubt is unjust. However, looking at the past record, authoritarian systems in Pakistan have allowed the process for governance to be sped up and the plans, projects, policies that lead to beneficial change to come in effect faster.

Despite all the benefits of an authoritarian system, as the assessment has highlighted, there are exponential margins of errors, which could originate from the same point that is at the centre of the benefits, lack of participation from the population. Where this can speed up decision making and performance it can and has in the past resulted in catastrophic outcomes that are difficult to come back from. A simple risk analysis would suggest staying away from authoritarian systems moving forward but for the purposes of moving forward constructively the gaps identified in the assessment must be directly addressed and dealt with.

A CEREBRAL APPROACH TO PUSHING THE PAKISTAN NARRATIVE

Print PDF Conventionally, military technology or technological advancement in the defense sector would be considered of importance as it could further enhance a country’s national security or weaken it if said technology is subpar. This […]

Restoration Of Strategic Stability in South Asia Via Pakistan’s Nuclearization 

Print PDFThe strategic landscape of South Asia was shaken when it was nuclearized with India’s conducting of nuclear weapons tests from 11th to13th May, 1998. A region that had already been host to multiple armed […]