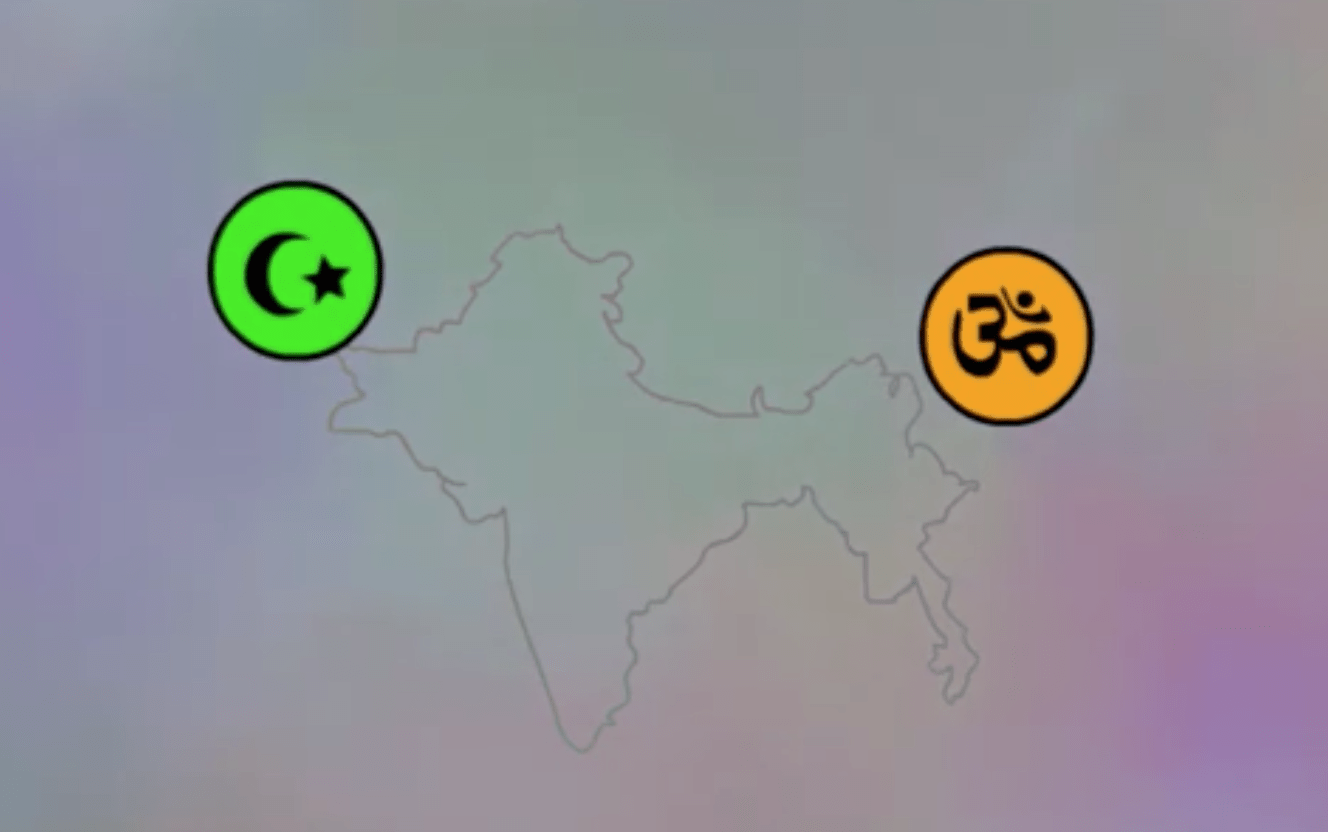 The genesis of Kashmir conflict is rooted in the clash of two civilizations which are diametrically opposite in their ideology, driven by the two-nation theory: Hindus and the Muslims. The erstwhile Muslim-majority princely state of Jammu and Kashmir was expropriated by India through an instrument of accession signed in 1947 with its ruler. This sinister move was motivated by Hindu ascendancy over Muslims, their long-developed urge to rule over Muslims in a bid to pacify their inherent depreciation and sooth their historic roots of statehood. Otherwise, not a single convincing reason had been presented to annex the sole Muslim majority area into Indian dominion.

The genesis of conflict thus, is to be looked through the vantage point of history. The very cause of the conflict is a major hindrance to its solution and likely to persist. The forces of Hindu ascendancy are very vivid and willfully striking on the basis of Muslim nationhood. The vantage point of history reveals that Hindus had not been able to consolidate their rule over subcontinent since 712 AD. Their urge to consolidate Hindu rule over the subcontinent pitched them against Muslim rulers but unable to overthrow them. The British colonization of the subcontinent in 1857 raised their hopes to materialize their ruling dream at any point of decolonization, but there had been an unexpected outcome for Hindus: the partition of the subcontinent. The foremost requisite of any political philosophy is the degree of inclusiveness rather than exclusiveness but exclusion has been a predominant feature of Hindutva. On the contrary, Muslims of subcontinent were not accustomed to be ruled by other nationals, be it Hindus or the British, thus a civilizational clash was fueled between the Hindus and the Muslims.

This ideological divergence leads to the interplay of pre-modernism and modernism where the genesis of conflict is rooted in pre-modernism wherein its outwardly features have been modernized. The pre-modern sense of self-worth in Hindus has evolved into modern Hindutva ideology, which is much more fierce and impedes inclusiveness. Muslims had been the rulers in the subcontinent, and thus constituted a force unchallenged by the Hindus. After the partition of 1947, India resorted to establish its political predominance over Pakistan in power politics and was subsequently challenged by Pakistan. The chronological history of subcontinent suggests that Muslims remained predominant psychologically, and had never been subjected to Hindu ascendency, which establishes the compelling reasons for Muslims to act the same now and challenge nefarious Indian designs.

Muslims ensured their survival in the subcontinent as an ideological, social and political entity until they remained in power. Once Delhi had fallen in the hands of the Britain, Muslims had been fighting to preserve their ideological, social and political identity in the subcontinent. The interplay of pre-modern and modern conflicts is being derived by an ideology where the root causes remained intact. Charles Darwin contemplated in his treatise, Origin of Species, that “In the struggle for survival, the fittest of species win out at the expense of their rivals because they succeed in adapting themselves best to their environment.”

The partition of the subcontinent provoked India to expropriate the Muslim majority state Jammu and Kashmir, by instrument of succession in 1947 and preserved the move through a legal cover of Article 370 under her constitution. Arguably, India deemed Pakistan weak, being a newly born state striving for its establishment and ensuring its political stability and national security. Earlier this month, India scrapped Article 370 from its constitution making Jammu and Kashmir a union territory to be governed from Delhi. The motive behind the move is not something surprising, rather it is evident and was anticipated.

The premodern Hindutva driven by a long-held urge to subdue Muslims reflects the clash of civilization, as Kashmir is not a chunk of territory primary to Indian national interest, rather it is a notion to pacify their innate extremist Hindutva ideology. India went on to justify the move, terming it an internal matter, but the position they took was blown out by the special session of UNSC on Kashmir, which acknowledged the disputed nature of Kashmir yet to be resolved.

The abrogation of Article 370 and the annexation of IOK into India did not pacify Modi’s Hindu supremacist base, Hindutva in modern terms, which led Modi’s regime to extend their claim up to Pakistani administered Kashmir, unjustifiable by all means. Pakistan articulated its response by rejecting any unilateral move to change the status of Kashmir and reinforcing its diplomatic efforts to reverse the status of Jammu and Kashmir while extending its moral, political and diplomatic commitment to Kashmiri people.

The chronological history of Pakistan’s commitment to Kashmiri people suggests that Pakistan stood firm to its policy up to the extent of fighting multiple wars with India. The systematic and behavioral approach to the study of the international system validates the generalities that Pakistan had been justifying since its inception, which does not make further war for the just cause an exception. On the contrary, the premodern Hindu nationalism had always been seen Muslims as occupiers and made themselves subject to Muslim rule over centuries, yet could not win over Muslims, and the battlefield decided the course of history. In 1996, Huntington presented his thesis claiming that future conflicts would be fueled by civilizational disagreements driven by ideological confrontation which often ends with the annihilation of confronted ideology.

In the wake of the above numerated arguments, the conflict between Pakistan and India appeared to be perpetual and unending. The very conflict over Kashmir obligates both India and Pakistan to finance their military buildup in a bid to maintain power equilibrium. If, in an extremely ideal and highly unlikely scenario, the Kashmir issue is resolved in favor of Pakistan, would Pakistan cease to compete with India? Would India cease to subdue and seek isolation of Pakistan? Any degree of mutual interdependence and liberalism would not be able to mend the natural course of history. The need of the hour is to fight modern narrative of Hindutva the way Pakistan fought for Muslim identity by differentiating Islam and terrorism. Pakistan has disseminated a counter-narrative terming Narendra Modi, Prime Minister of India, a fascist and identical to Hitler, in efforts to appeal Western conscience, but given Western biases to Islam and Muslims, it brings no good for Pakistan. The premodern Hindu urge of supremacy and modern racist Hindutva ideology needs an ideological and practical rebuttal which can only be constituted by employing all means at the disposal of the state. Pakistan, by any means, is not bound to restrain itself if subjected to aggression of any type and degree.

In modern dynamics of international politics, physical wars are also fought under the guise of superior ideas.  It is time for Pakistan to stand on the right side of history and exert its position in the most dynamic way. The war of ideas is to be won by turning the world on its side and leaving India no space for political and diplomatic maneuvering.

Print PDFPakistan’s excellence in the peaceful use of nuclear technology is recognized at the national and international levels, with its practices aligning with the International Atomic Energy Agency (IAEA) safeguards. Successes of peaceful nuclear application […]

Print PDFThe Kashmir dispute between India and Pakistan has been festering for over seven decades, ever since the two nations became independent countries in 1947. Two wars (1947 and 1965) and two serious skirmishes (Siachen […]