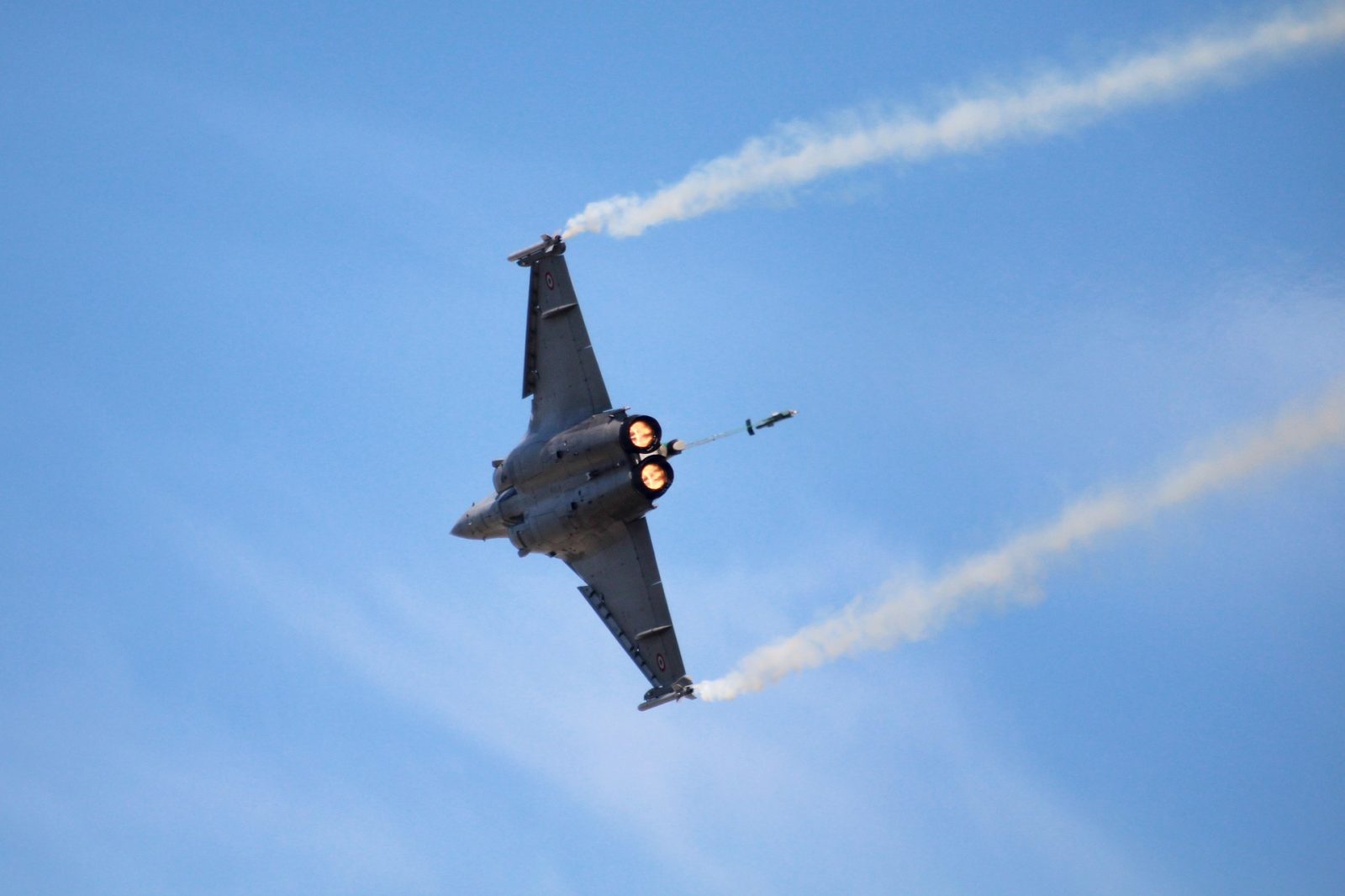 International and regional stability is ultimately the product of broader political, economic, and military dynamics among many players, in which political, technological, strategic alliances and decisions perform multiple roles as agents of change for the strategic environment. France and India have a fairly multifaceted strategic relationship, one of cooperation spanning multiple domains, including the defense, civil nuclear energy, space and climate change arenas. During President Emmanuel Macron’s visit to India in March 2018 the two countries signed 14 agreements covering these areas. And Prime Minister Narendra Modi, during a state visit to Paris in 2019, coined the term ‘INFRA’ to denote the alliance of India and France. Reciprocal visits by each state have been a feature of their ties for decades now.

Background.          Historically, there has always been a rather unique quality to the Franco-Indian relationship.  Even at the height of the Cold War, when India’s rapport with NATO was frequently colored by mistrust due to its rapprochement with the Soviet Union, but relations between France and India remained relatively functional and cordial. France was one of the first Western countries to lift the arms embargo that hit both India and Pakistan in the aftermath of the 1965 conflict. Likewise, during the 1971 war, France was one of the only Western capitals to comment on the legitimacy of India’s concerns regarding the refugee issue in its border regions with Bangladesh (East Pakistan). Perhaps the most important gesture was when France refused to chasten India after the 1998 nuclear tests and openly opposed U.S. sanctions. Since 1998, the Franco-Indian relationship has become increasingly strategic and now, arguably, is nearing its full economic potential.

Strategic and Political Cooperation.           The India arms trade graph has been climbing since Prime Minister Narendra Modi took charge in 2014 and pursued hawkish strategic and economic policies. Arms imports from France, a major supplier to India, increased by 715%, thereby making it the third-largest supplier during 2015-19 among other exporters like Russia, the U.S. and Israel. The military equipment includes fighter aircrafts, helicopters, submarines, warships, artillery guns and assault rifles.  The long list of strategic defense equipment acquisitions including Rafale fighter aircraft, Dassault Mirage 2000 fighter aircraft and a squadron of DCNS Scorpène-class submarines (called Kalvari-class submarines), are significant for their capabilities and implications. The armed-services of both nations conduct joint-exercises on an annual basis. The Indian and French Navies will be able to use each other’s naval bases, under an agreement signed in 2018. Indian warships will be able to use French bases in the Indian and southern Pacific oceans.

Simultaneously, France is one of the prominent suppliers of nuclear fuel to India, under the “Framework Agreement for Civil Nuclear Co-operation“, signed in the aftermath of India’s waiver of U.S. 123 Agreement in 2008. On 30th September 2008, both nations signed an agreement that would pave the way for the sale of French-made nuclear reactors to India. France has also supported India’s bid to be a member of the Nuclear Suppliers Group, along with other missiles and nuclear related import Missile Technology Control Regime (MTCR), Australia Group (AG) and Wassenaar Arrangement (WA).

Additionally, France and India view each other as important partners in space technology and its applications. The Indian Space Research Organization (ISRO) and its French counterpart Centre National de Etudes Spatiales (CNES) have a history of cooperation and collaboration spanning about four decades. The research and development communities of both nations cooperate in joint radiation experiment, space components development and space education. The Indian Space Research Organization (ISRO) Vikas rocket engine benefited from Indo-French scientific collaboration in France on the Viking 4A engine built by CNES/SEP.

In the political domain France, alongside Russia, is considered a more reliable ally supporting India in the United Nations Security Council (UNSC) for all strategic matters; this includes support over abrogation of Article 370 by India for Jammu and Kashmir and its bid for permanent membership in the UNSC. Traditional cooperation in the defense, space, and civil nuclear domains has now expanded to counter-terrorism, maritime cooperation and cybersecurity. The collaboration in Artificial Intelligence was positioned on top of the agenda during Modi’s 2019 visit.

Implications for South Asian Strategic Equilibrium.    The convergence of strategic and political interests is the major rule of International relations and inherently has implications for other states. The Indo-France strategic, political and technological partnership is high in strategic aspirations, with the development of military and hybrid technologies. However, it has a direct impact on regional and international strategic stability, in both mid-term and long term.

Mid-term risk factor effects pertain to the impact of political and military equipment cooperation by France; essentially, it contributes to a volatile strategic environment in the South Asian region where two bordering nuclear weapons capable states (India and Pakistan) have uneasy relations. It refers to the risk of inadvertent escalation of any military crisis between the two countries due to perceived threats with aggressive political and strategic military actions/signaling.

This can be assessed by France’s response to India’s revoking the special status of Jammu and Kashmir. France supported India’s abrogation of Article 370 in the United Nations Security Council (UNSC). Pakistan called for a UNSC debate over the disputed territory of Jammu and Kashmir, a demand which China supported and Russia’s position was not in total favor of India either. Therefore, the support by France emboldened India to adhere to its unlawful stance and triggered a regional military crisis. The consequences of such political decisions, followed by military actions by India in the Pulwama-Balakot episode are aptly explained by Former Director General Strategic Plans Division, Lt. General (R) Khalid Ahmed Kidwai who states, “It is clear that the strategic and military consequences of an irresponsible political decision by poor professional military advice were not thought through or war gamed to their logical conclusion. Therefore, nuclear India, and international actors who are issuing a blank pass to India, must consider the strategic costs in an active military conflict situation and escalation dangers could be disastrous for the region and the globe”.

In military equipment deals between France and India, specifically the induction of Rafale fighter aircraft manufactured by France-based Dassault Aviation, is not just an addition to the inventory. It indicates the impetus for arms race, threat perception and signaling, consequently destabilizing the strategic equilibrium.

Long term effects address cooperation in nuclear fuel supplies through nuclear agreements, despite the fact of peaceful uses of nuclear energy.  The dual use factor still remains a strategic concern as it results in radically different outcomes like unlimited fissile material production. This, along with French support for India’s membership in the Nuclear Suppliers Group (NSG), adds to the pressure of a nuclear arms race environment in the South Asian region.

Another strategic concern for Pakistan is the substantial investment of France in the Indian maritime domain by supplying sophisticated weapon systems and surveillance technologies, as well as military training and exercises. These provisions raise concerns for blocking the sea lanes of communication in times of crises by manipulating maritime intelligence and communications.

Conclusion.     The India-France Strategic partnership is for boosting the economic market, convergence of high strategic interests for geo-political gains and continuation of strong support to India as a strategic investment. Yet, all the elements of India-France cooperation trends, trajectories in developments and deployments are exacerbating geo-political competition and the regional arms race, all of which may lead to crisis instability. Therefore, technological asymmetry may lead to deterrence failure. No doubt, international and strategic relations are based on the realism rules but Dwight Eisenhower explains another strategic perspective for coexistence: “The world must learn to work together, or finally it will not work at all.”

Print PDFAfghanistan peace and reconciliation process as a strategic factor was at the forefront during Prime Minister Imran Khan’s U.S. visit and meeting with President Donald Trump. PM Khan maintained Pakistan’s stance that ‘use of […]