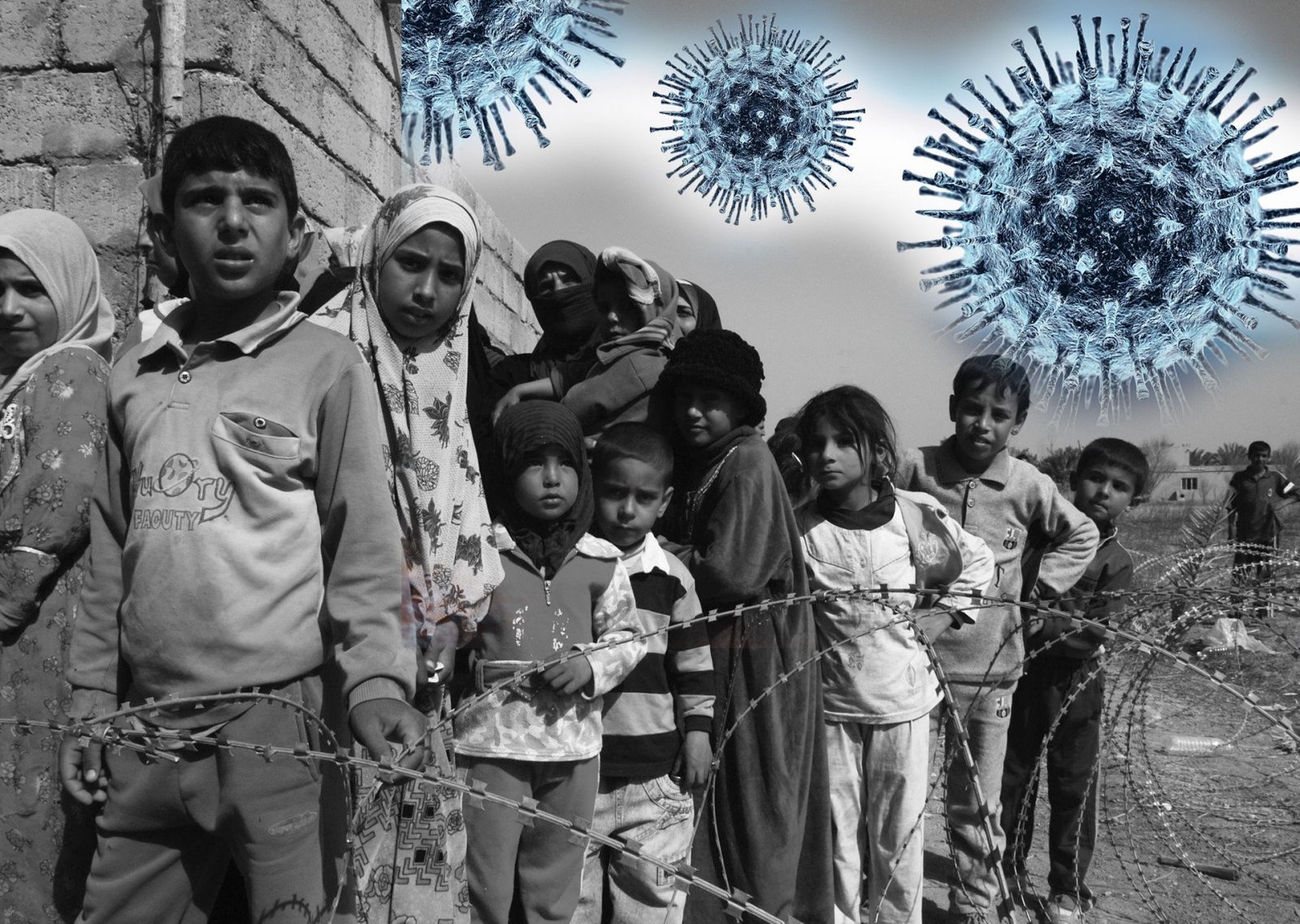 Your civilization will commit suicide with its own dagger

What’s built on a shaky foundation will not last long

Just in case one didn’t agree with this prognosis that the world was hopelessly out of plumb; the corona crisis might help take another look.

To keep ahead of the pack some hounds had indeed gone on steroids. A rat-race depleted the natural resources and produced plenty of junk. If growth became the goal, seeking contentment was like reaching for the lights of a moving truck. Military-Industrial complexes needed perpetual wars to survive. Smaller families was a good idea – taken beyond a point, where children became a drag on the lifestyle, some societies could not raise enough for the old age benefits. Ever more money was being recycled in the same piece of dirt, called real-estate.

In other words, the system was collapsing under its weight. But the worst part was that though it was all too obvious, nothing could be done but to sleepwalk with eyes wide shut. Anyone who suggested that the process was unsustainable; if not pooh-poohed as a naysayer, was shrugged-off with our legendary laissez faire: yehan to apni guzarti hey maze main, akhrat ki khabar khuda janey (enjoy while it lasts – who has seen the hereafter). But no one, not even Iqbal, had the faintest idea that this wobbly structure could be so brutally rocked by a microbe.

When it happened, one was reminded of another shrug.  Zia-ul-Haq was often warned that some of his actions would backfire. When they did, he simply said: yeh toe hona hi thaa ; yes, that had to happen”. One still cannot deny all the collateral benefits: air getting cleaner, birds chirping louder, friends and families coming closer, moods more reflective, and personal hygiene now nearly an obsession. And of course we are delighted that corona has lined-up all the high and mighty who were getting too big for their boots (no pun intended) in the same firing line

Understandably, we do not want to lose these gains and have therefore assured ourselves that once the crisis was over, it will no longer be business as before. Possible; but not if history or even mythology were any guide. Nimrod was killed by a mosquito; an ant creeping up the tusk felled an elephant; and David got the better of Goliath. None of that convinced the people at the helm that the balance of power was a sound concept. The UNO, established after the Second World War to prevent or preempt conflicts, cannot fulfill its raison d’être because the Big Five, reluctant to loosen their grip, scuttle all efforts to restructure the world body. At home, the political dynasties resist changes that could infuse new blood. One might still argue that the corona phenomenon was a gamechanger and some citadels must therefore fall. The problem is that even revolutionary movements were hijacked by the better organized or the more powerful.

The Iranian revolution was spearheaded by the Communist Tudeh Party, but was taken over by the Mullahs in quick time. The Arab Spring, triggered by a lone self-immolator, helped the Egyptian military entrench its regime. The Kashmir uprising of the 1990s was led by the pro-independence JKLF, which was soon edged out by groups sympathetic to Pakistan. “The more we change, the more we remain the same”, may sound cynical, but it’s essentially because the beneficiaries of the old order do their best, or their worst, to defend the status quo – in this case, to restore the status-quo-ante. And, they will also be better placed!

Yes, the Virus may not discriminate between the poor and the rich, but the latter have more cushion to absorb its onslaught. Stronger economies, though certainly under stress, were more likely to survive this crisis than those barely keeping their heads above water. Individually too, despite the lockdowns; people with money in bank could put food on the table, while the daily wage earners were out begging for alms. But for our charitable traditions, most of them would have kicked the bucket or stormed the Bastille. Depending upon when we will limp back to a new normalcy, our emaciated masses would rather take out their pushcarts than rally to support a just order. And then there are no signs that the post-corona world would be a more level playing field for the underdog.

To start with; pleas by the UNSG notwithstanding: wars continue; no relaxation of sanctions on Iran; and no letup for the besieged Kashmiris. Reduced violence in Afghanistan, Syria, or Yemen may be due to the diminishing capacities of the belligerents – and some of them must already be positioning to resume combat with more vigour. The state that claims monopoly on power is hard at work to grab even more. Its rationale: after terror, it has to fight another global war – against an invisible enemy. And the looming economic meltdowns provide just the right pretext to declare an emergency. That all these challenges were more effectively met by devolving power—to the point of application, as they say in the military—never crossed an establishment mind.

Lockdowns may or may not be the best option in the current crisis, some of the arguments from the pro-lobby clearly showed that it couldn’t care less about the plight of the powerless. One of them who had never missed a meal in his life believed that since the hunger takes longer to kill than the virus, therefore corona first. Another from his ilk consoled us that in Pakistan people do not die of starvation. If they don’t – as those who defied the recent lockdowns must have noticed – it’s because some of our compatriots take food to the hungry. In the process, the people thus saved will keep the country afloat—and not the state. One can reasonably assume that our big business would suffer because of the worldwide recession, but also that the informal sector could still provide livelihood to the masses. Given a choice therefore, I would rather shut down the government than our undocumented enterprises.

The unipolar world order was already on the mend because the sole superpower had overstretched itself and was running out of steam. In Pakistan, when people whisper in your ears that it was now worse than under Zia, the imbalance was clearly beyond critical. I don’t know why the “tiger force” reminds me of Tiger Niazi, but its creation has uncomfortable similarities with FSF, the mafia that blew-up in ZAB’s face. And if there was any Churchill around to ask if in the present state of war, the courts were still functioning, he was likely to draw a blank.

Indeed, we do not know in what shape the virus will leave us. If we are by then prostrate on ground, all bets are off and the sphinx that will rise from the ashes will lead the new order, or the disorder. But it’s more likely that the world would not be beyond repairs and then the onus of chartering an equitable course would be on the victims of the old order. It can be done, but only if one learnt from the laws of nature.

Open any channel like the Animal World, and the chances are that a predator was chasing a herd of zebras. It gets one, and the others feel relieved under the illusion that they had saved their skin. Sure as hell, another of the species would be hunted in the next round. The French military thinker, Beuf, has formalized this phenomenon as “the piecemeal strategy”.  The next episode was likely to show how the horned buffaloes deal with such threats: they build a cauldron for an all-round defence. it’s then the animal of prey that beats the retreat. Now that corona has locked-up the pillagers of earth, time for its saviours to rally around is just right.

Of course, there is a better course available, but that’s for the powers that be to take. According to an old Subcontinental wisdom, jab sara dhan jataa dekhiey to adha dijiey baant – when all that you have was in jeopardy, give away some of it. A just distribution of resources and powers is the proclaimed objective of states and societies. Post-corona, if it was not done voluntarily, some may rally together to snatch all of it.

Print PDFIn International Relations, the term ‘security’ is extremely diversified, and a single definition does not cover all its domains. Due to the emergence of terrorism and proxy warfare, the concept of security has become […]

Print PDFEver since the nuclearization of South Asia, the dynamics for war and security have changed with a constant threat to regional stability. In 1974, India carried out nuclear tests under the shadow of Peaceful […]