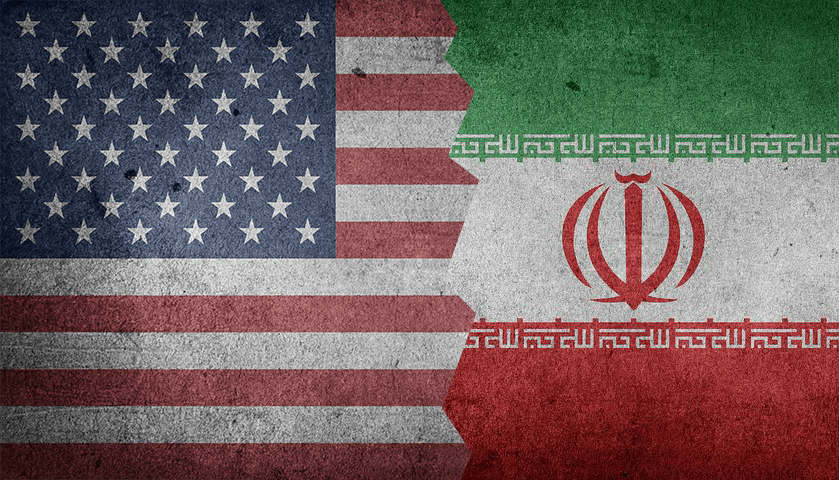 The U.S, is using all possible economic and military means to coerce Iran into re-negotiating the Joint Comprehensive Plan of Action (JCPOA), commonly known as the Iran nuclear deal. Nevertheless, the U.S. decision to unilaterally withdraw from the nuclear agreement may have reduced the incentive for Iran to remain constructively engaged with the nuclear agreement. President Trump, under pressure from Iran’s regional adversaries and the elements within his own Administration, has resisted the temptation for a military action, and instead opted for a strategy of ‘maximum pressure.’ Earlier this month, the U.S. ended exemptions for countries buying oil from Iran to bring its exports to zero, and more recently, it has announced the deployment of additional 1500 troops in the region.

Iran has termed these developments as “extremely dangerous” and a threat to international peace and security. Iran has also signalled that it would suspend several commitments under the JCPOA, but so far has avoided getting embroiled in military brinkmanship with the U.S. The Trump Administration that was primarily looking for altering the terms of the Iran deal may soon be faced with a difficult choice of either engaging in a military conflict or revert back to the JCPOA. Negotiating a new agreement is unlikely, since Iran would most probably shift the goalposts while demanding additional concessions and assurances thus making it difficult for the U.S. and other stakeholders to acccept.

The Iran Nuclear Deal.     The Iran nuclear deal officially labelled as the JCPOA was negotiated between the P 5 + 1 (U.S. Russia, U.K., France, China, and Germany) in July 2015 under the Obama Administration. As part of the agreement, Iran agreed: to eliminate enriched uranium by shipping it out or down-blending it; reduce stockpiles of low-enriched uranium; cut the number of centrifuges from 19,000 to 6,104. These measures were intended to increase the ‘breakout time’ for nuclear weapons development from a few months to at least a year. In return for these commitments, Iran was allowed to enrich uranium up to 3.67% for the next 15 years and was promised that the sanctions imposed by the U.S., EU, and the UN Security Council Resolutions would be removed.

The International Atomic Energy Agency (IAEA) that was mandated with the task of verification to ensure Iran’s compliance with the JCPOA in its reports found no deviation from the agreed terms of the agreement. Despite these assurances, President Trump revoked the agreement in May 2018, and in November 2018 re-imposed the sanctions accusing Iran to be supporting terrorist activities and pursuing a ballistic missile program. Notwithstanding some of the shortcomings, the JCPOA precluded the possibility of Iran building a weapons capability for at least 15 years, which could have provided sufficient time for diplomacy to work and convince Iran to give up on its nuclear ambitions permanently. Limiting the uranium enrichment to 3.67% also ensured that Iran would take at least one year before crossing the nuclear threshold, if it ever decided to build nuclear weapons in the immediate future. Without these limitations, Iran could increase the number of centrifuges and enrich uranium to 20%, while remaining within its NPT related obligations.

Trump’s Abhorrence towards the JCPOA and Iran’s Response.      One of the main reasons for President Trump to oppose the nuclear deal was because it was negotiated under the Obama Administration. Abrogating the Iran nuclear deal was, therefore, a key electoral commitment that the Trump Administration wanted to accomplish before going for the next elections in 2020. It is quite possible that Trump could agree to a new agreement with similar provisions, but under his seal. Iran, however, has shown no inclination to negotiate a new agreement. Even if it agrees, there is a likelihood that Iran would shift the goalposts which would reduce and not increase the timeline for the weapons development.

Reacting to the U.S. decision, Iran has signalled that it would increase the number of centrifuges and enrich uranium up to 20%, which would shorten the time required to reach the 90% enrichment level needed for the weapons purpose. Iran, for now, is mostly implementing the provisions of the JCPOA with an expectation that the other signatories of the agreement would stand by Iran and discourage the U.S. from following the military course.

Termination of the nuclear deal may have also emboldened the hardliners in Iran who oppose the earlier agreement and are likely to veto any new effort to re-negotiate the JCPOA. Iran’s supreme religious leader Khamenei has already distanced himself from the nuclear agreement by stating that “he did not support the manner in which the nuclear deal was implemented and had voiced his opinion numerous times to Rouhani as well as the chief nuclear negotiator and Foreign Minister Javad Zarif and other government officials.”

With groups on both the sides unhappy with the JCPOA, it may be difficult to attribute the recent attack on oil tankers in the Gulf of Oman, which was clearly intended to provoke military action against Iran and prevent rapprochement on the nuclear agreement.

In case of a military action by the U.S. or its allies, Iran could be faced with three plausible scenarios: First, an all-out attack by the U.S. military and its allies that would force Iran to respond with full force. This would embroil the U.S. into another ‘unwanted’ war that would be much different in scope and impact than the previous ones and would lead to unacceptable losses for all the stakeholders. Second, the U.S. or its allies (Israel) could launch concerted strikes against Iran’s military facilities, to degrade Iran’s military capability and its potential to build nuclear weapons in the future. This may have some short-term impact, but Iran would still be in a position to cause unacceptable damage to the U.S. and its allies in the region. Third, a more plausible scenario is the possibility of a military strike by Israel against Iran’s nuclear facilities on the pattern of the Israeli attack on Iraq’s nuclear reactor and later in Syria. In response, Iran would react but may be deterred from responding with full force due to the presence of U.S. military in the region. Such a strike would delay Iran’s weapons pursuit, but in the long run, it may encourage Iran to build nuclear weapons to deter a similar attack in the future.

Can the JCPOA be Restored?    The U.S. wants to re-negotiate the nuclear agreement, whereas Iran has preconditioned any such discussions to the return of the U.S. to the JCPOA. The termination of the nuclear deal has also exposed fault lines on both sides. President Trump, who seems reluctant to engage in a military conflict is facing a challenge from his own aides, most notably the National Security Advisor John Bolton who is building a case for military action against Iran. Likewise, the hardliners in Iran who were never comfortable with the JCPOA and blamed the reformists for ceding too much would be happy to see the end of the agreement so that Iran could retain its options for the future. These differences on both the sides limit the possibility of a meaningful dialogue that could lead towards the restoration of the JCPOA.

Meanwhile, Iran’s regional adversaries who were pushing the U.S. towards a military path may now have to face the new reality where Iran would be under no additional obligations to limit its uranium enrichment to 3.67% and cap the number of centrifuges. This would reduce the ‘breakout time’ towards weapons development, and without violating any of the international obligations.

Dr Adil Sultan is a visiting research fellow at the King’s College London.

About Dr Adil Sultan 37 Articles
Dr Adil Sultan is Acting Dean and Chair Department of Aerospace Sciences and Strategic Studies (DASSS) at the Air University, Islamabad. He is also the co-founder of STRAFASIA (https://strafasia.com) He can be reached at [email protected] and tweets @adilsultan

Print PDFThe US and the Taliban have finally inked the historic peace deal that aims to end the long-standing animosity between the two. All regional and extra-regional pacifists have welcomed this agreement, moreover, they have […]