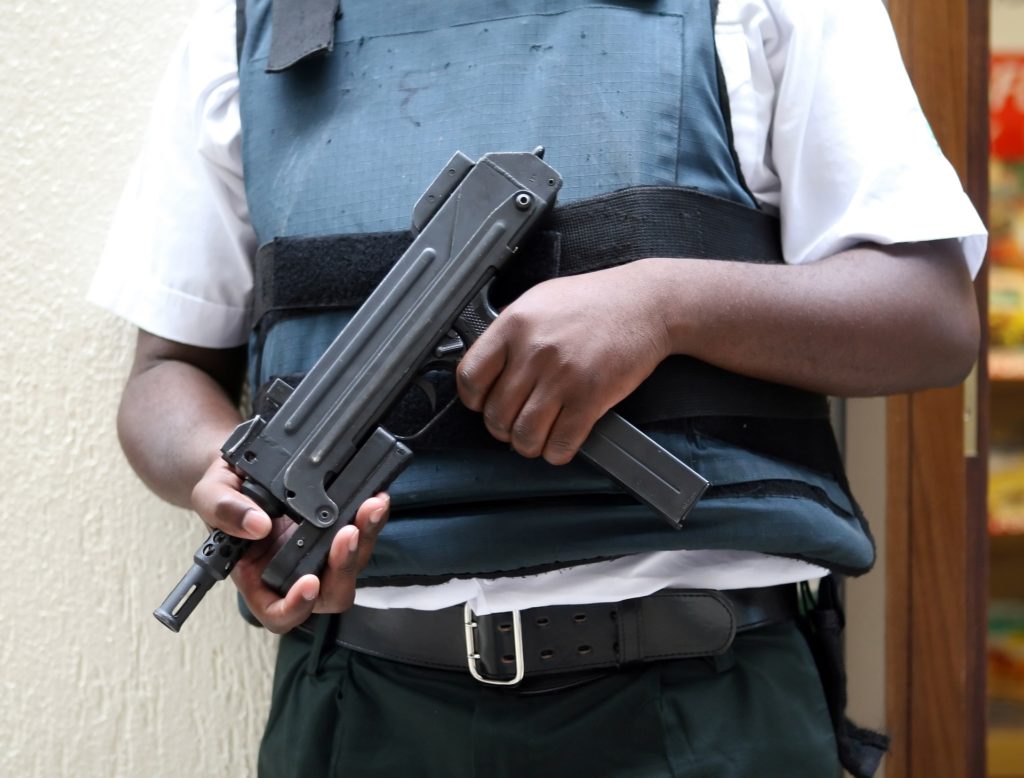 “Terrorism is a feverish expression of suffering, frustration and injustice.”

Thanks to the international media, terrorism today has become synonymous, albeit incorrectly, with Islamic religious extremism which is projected to be harboured in Pakistan and then exported abroad. Any terror act, regardless of its geographical location, is somehow connected to Pakistan by the international media. It cannot be denied that fundamentalism creating extreme behaviours is plaguing the country; thus, despite being proactively engaged in international anti-terrorist operations, Pakistan is being branded by the West as a safe haven for extremists.

So-called Muslim clerics have deeply fragmented our society and have inculcated among young, innocent and dedicated students an attitude of acceptance for extreme forms of violence like suicide bombing. Poor governance, extreme poverty, absence of law and order, lack of justice and the complete indifference of civil society has not only fragmented our communities but also provide incendiary fuel to the fire of fanaticism. Islam seems to have become a discourse of anger and the rhetoric of rage, completely disregarding that the Prophet Mohammad (SAW) cautioned us, “Beware of extremism in your religion”.

The majority of terror attacks, however, do give an impression of religious extremism in its worst form. Islam is misrepresented in the media instead of the blame being pinned on the extremist mindset. Using this scenario, through well-orchestrated propaganda campaigns, the western media has managed to convince unassuming citizens that Islam preaches violence, and most Muslims are violent people!

Religious extremism is not a product of Islam as is being projected by the Western media. A brief review of history may provide better insight into the phenomenon of extremism as we know it today. 1492 AD was the year of two major events casting profound effects on history. One, Columbus discovered America, and, the other, Granada fell to Christian Western Empires. The discovery of America and its consequential turning into a homogeneous nation destined to become the sole superpower of the 20th Century is recent and common knowledge. The fall of Granada merits discussion since it was a forerunner of the uninterrupted decline of Muslim power.

European Christian states of the fifteenth Century were powerful, and international opinion was the least of their concerns if one at all; consequently, there was no need to justify their actions against each other. Ruthless persecution by ruling Christians was a prevalent phenomenon. Extremism of ‘Fundamentalist Christians’ was in full bloom; fundamentalism is, in essence, a Christian concept evolved at the beginning of 20th Century by leading evangelical churchmen through the wide circulation of a pamphlet entitled “The Fundamentals: A Testimony to the Truth.”

The most unfortunate example of extremism and lack of tolerance, following the Crusades and the re-conquest of Spain by the Christian Spaniards, was the introduction of the Spanish Inquisition (1478-1834 AD) which was implemented with the prior sanction of the Pope (Fatwa!! shall we call it?) to purify the people of Spain. Executions, torture and exceptionally long prison terms were handed down with impunity. Consequently, Catholics inflicted comprehensive ethnic cleansing and drove out Jews, Protestants and other non-believers, including their previous masters the Muslims. The Jews, mainly running the money and printing business in those areas, were discriminated against. They were thus forced to flee and migrate to Turkey. Christians not towing the religious lines of those at the helm were also not spared.

Today, there is a widespread perception among citizens of poor nations that developed countries are responsible for their miseries, and continual military campaigns in Muslim countries have nothing but compounded that sentiment. American hostility towards Iran is casting the shadows of war in a region already ridden with turmoil. The international community has to address the issue of terrorism squarely and play a significant role in eradicating attitudes of belligerence to make planet earth safer for our next generations. Poverty has to be addressed in poor and developing nations, most of which, unfortunately, are Islamic countries. The tumult of extremist behaviour is generated by poverty regardless of religion, caste, colour or creed of perpetrators. So, poverty alleviation and promotion of tolerance must be the main thrust of any international as well as national strategy towards efforts of eradicating terrorism and extremism.

Pakistan is no exception. Rampant poverty is ceaselessly breeding frustration and criminal behaviour. The extent of illiteracy prevalent in society is helping so-called religious scholars exploit desperate situations to engage jobless and frustrated youth for terrorist and criminal activities. The average of international poverty stands at 41%, with Sierra Leone being the worst stricken at 62% and Singapore the least afflicted at 19%. Pakistan stands between 33-35% which seems to have definitely aggravated in the recent past. So when more than one-third of our population is reeling under the line of poverty, child labour, drug addiction, petty crime, street begging and recruitment in militant organizations called Jaishes are a natural consequence of extreme economic inequality in our society.

Poverty eradication is the single most important course of action that needs to be adopted at the national level to gradually reduce and finally eliminate the feelings of “suffering, frustration and injustice”. A comprehensive strategy needs to be employed to address and eradicate existing extremist trends. Reducing inequality and poverty eradication are urgent requirements to cultivate balanced and positive behaviour among citizens. Some recent efforts by the government towards poverty alleviation, albeit half cooked and halfhearted, have spectacularly failed to improve the sad condition of poverty-stricken millions. Some NGOs, like Edhi Foundation and others, are directly helping extremely poor people make ends meet. This is a matter of consolation for the reason that no deaths resulting for lack of food are reported too often. The strategy of such direct help, however, is synonymous with providing fish instead of training how to fish. It cannot and will not bring lasting relief at the broader societal level. The work, commendable as it is, is being done at the wrong end, the bottom end of a vast base of a pyramid of poverty.

A paradigm shift in our social outlook is imperative if any tangible positive effects are to be created. The change must aim at the transformation of the mindset of affluent elements of civil society. They must be educated, motivated and encouraged to act on their socio-moral responsibility towards less privileged members of the society in an institutional manner. The platform for such activities has to be provided by the government through the proper legislative process. Therefore, the target population for mental transformation would have to be the “haves” instead of continuing with current practices of directly feeding the deprived and unprivileged masses.

Most developed societies have very effective institutional civil structures which support and guide masses to secure their rights as equal members of the society. No individual feels helpless for there being a forum to approach for securing assistance in all matters of life. Apart from legal and material assistance forums, the Time Bank concept of Switzerland, in vogue for good measure, may be cited here as an excellent example of discharging social responsibility. Young people enrol themselves to give company to, assist in daily life’s chores with and look after very old and ailing members of society. The time spent by the volunteers is credited to their accounts for posterity when they become ill or old enough to need assistance themselves.

Think tanks and intellectuals of our civil society must be encouraged to form apolitical forums to actively pursue a strategy aimed at the provision of help to individuals for building vocational skills that can contribute towards sustained poverty alleviation. With the efforts of such an active and influential forum, the situation will improve at a dramatic pace. A top-down social strategy by the civil society, supplemented by institutional government assistance, can shift the poverty line downwards. This dream can be translated into reality through a Poverty Alleviation Movement (PAM). The movement would institute scientific awareness techniques aimed at shifting the attention of affluent members of society from providing direct subsistence to the deprived multitudes, towards institutional programmes directly addressing overall national poverty alleviation.

The problem of internally displaced persons (IDPs) from the tribal areas during operation Zarb-E-Azb could have been tackled in the suggested institutional manner. The affluent citizens of Pakistan could have taken charge of at least one family IDPs of FATA. Those families should have been supported until they could regain their prior positions, if not attaining any better. This would have generated enormous solidarity and goodwill among us to gel the fragmented nation into a homogeneous society, a goal that couldn’t be realized in almost seven decades. Intervention by foreign agencies with nefarious intentions of creating dissent and unrest becomes difficult, if not impossible, in a well-integrated society automatically cultivating better security environments.

Poverty Alleviation Movement (PAM) cannot make its mark without governmental support. Governments must devise and implement investment friendly policies and root out corruption from their institutions through effective governance. Affluent civil society members should be persuaded and encouraged to invest at the domestic level instead of investing abroad. Even a single percentage point reduction in poverty through such an institutional social effort will have an exponentially positive effect on the morale of the entire society. A self-perpetuating cycle of progress, owing to the change of attitude of the rich, will eradicate poverty sooner than any one of us could imagine. The social gap between the rich and poor would start reducing as a result of the inevitable interaction required by the new strategy. A motivated and self-assured member of society will be more productive. The natural by-product of relative affluence and consequent hope and satisfaction at the lower level would deliver a death blow to the efforts of those who are exploiting the poor masses by involving them in heinous crimes and atrocities. The bane of extremism and the scourges of petty as well as organized crime, drug addiction, child labour afflicting our society would start disappearing.

Unforeseen Trap for India in the Sino-Iran Strategic Partnership

Print PDFRecent developments between Iran and China are of special concern to India and a deadly diplomatic blow to India’s foreign policy. The Comprehensive Strategic Partnership concluded between the Islamic Republic of Iran and the […]