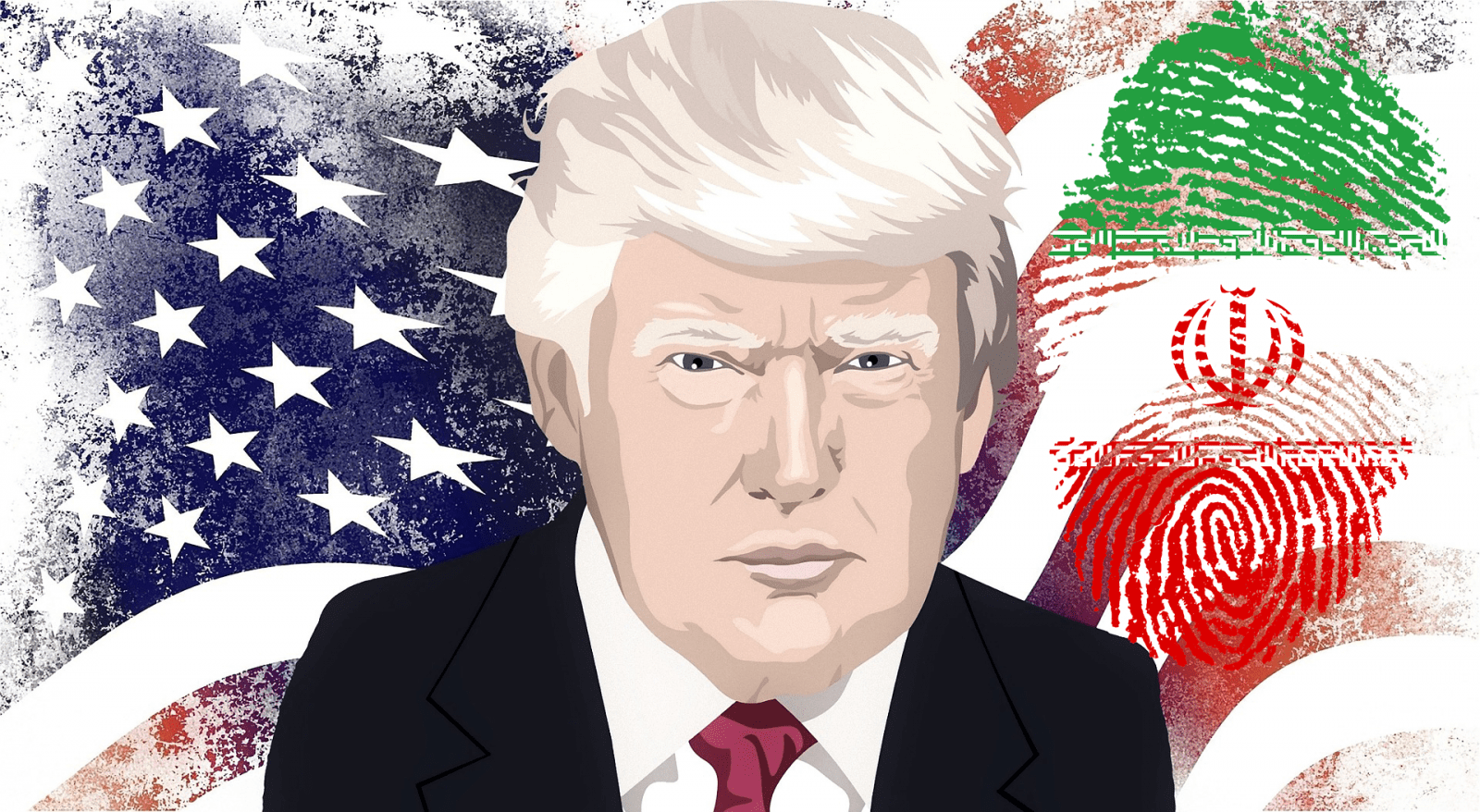 Trump’s televised address last week, in response to Iran’s bombing of U.S. air bases in Iraq, had a clear point of focus. He preceded his greeting to the gathered press with the words, “As long as I am President of the United States, Iran will never be allowed to have a nuclear weapon”.

Reiterating this theme over the next ten minutes, Trump ran through his list of reasons why: that Iran’s hostility had increased substantially after the “foolish” nuclear deal was signed; and that the Iranians had “chanted ‘Death to America’ the day the JCPOA was signed. He demanded that Iran abandon its nuclear ambitions and support for terrorism in the region. For good measure, he referred several times to what he sees as the Obama administration’s culpability in encouraging Iran’s naughty behaviour, and the latter’s exploitation of American funds and good will. No such address would be complete had he not interspersed it with claims of his military, political and economic successes in office.

The veracity of Trump’s allegations and claims to success aside, his talk seemed to outline a major campaign focus for this election year: sign a tougher deal with Iran and have them knuckle down on other fronts too. Developments in the wake of his presser bear out this argument.

Trump has suggested he might wait until after the election to sign a complete trade deal with China, something which was hitherto being seen as a core focus of his re-election campaign. On 15th January, China and the U.S. signed part of a phased trade deal which has been delayed by several weeks. After months of back and forth through much of 2019, with each side levying additional tariffs to up the ante, matters had been particularly tense in the second half of the last year; progress was painstakingly slow as neither side indicated a willingness to accept terms the other side considered beyond compromise. While the deal is being touted by many in the current U.S. administration as substantial, analysts have argued that is not the case. By and large, the deal is being seen at both ends as a compromise aimed at preventing the trade war from escalating further; something of a placeholder while the real work will begin once this election year is over.

Iran and the U.S. have a complex, tangled history. Much like the overwhelming history of Sino-U.S. relations, it is rife with mistrust and mutual suspicion. Despite having worked together to secure common interests – even collaborating with Soleimani against ISIS – there is a deeper-rooted dislike that confounds and appears justifiable at the same time. Rallying his supporter base around going tough on Iran will play well for Trump. Not only does he pretends to be the tough guy who was not afraid to go in and get the ‘bad man’ everyone knew was threatening American lives (most Americans did not know of him prior to his demise), he also wants to be seen as the President who is going to finally bring Iran to heel by negotiating a nuclear deal that America deserves. The fact that Trump’s decisions over the past year are what led to this crisis is something he blatantly glosses over.

Trump’s decision to pull the U.S. out of the JCPOA in 2018 and impose fresh sanctions against Iran set in motion a fairly predictable chain of events. European efforts to save the deal proved impotent; they remained unable to convince Trump to work with Iran to salvage the deal and work towards a solution. For months, Tehran waited to see if Europe could in fact deliver, and continued to comply with the terms of the agreement. At one point, in July last year, it even offered to allow the IAEA immediate and expanded access to its nuclear program four years ahead of schedule, if the sanctions were lifted. When it became evident none of these overtures had a receptive audience, Iran resorted to raising the stakes; it backed down from one obligation at a time, all the while asserting that it was open to talks and willing to return if all parties agreed to honour their original commitments. It did not meet with a response in kind.

In the wake of Soleimani’s killing, Iran announced it had pulled back from all obligations but explicitly stated the decisions were reversible and showed willingness for talks on the matter. Europe, true to form, tried issuing statements calling for urgent de-escalation and trying to bring everyone together; they have called for upholding the original deal and Iran has indicated willingness towards the same end. But none of it will matter unless Trump is willing to meet Tehran halfway.

In a recent televised address, President Rouhani lashed out at Trump and called for America to adhere to the original agreement. He also slammed the European Union on its “failure to keep its promises” under the 2015 agreement, saying it had failed in its role as an independent bloc and owed Iran an apology for the same. This comes after France, Germany and the UK triggered the nuclear deal’s dispute mechanism in protest against Iran’s recent act of withdrawing from all compliances.

What can likely be expected in the months to come is, one, Trump will hold fast to the lines he drew against Iran over the nuclear deal and which he reiterated in his address from the last week. Think twitter storms where he will take breaks from lobbing insults at the Democratic leadership at home to express insincere support for the Iranian public’s dissatisfaction with their regime’s choices; also expect more ‘I’ll huff and puff and blow your house down’. It is worth remembering that Trump precipitated the same crisis which he now claims he wishes to diffuse.

Three, pushing the Iranian leadership into a corner with his bluster is not going to bring Trump the results he hopes for, or at least declares his intent to achieve. Even while facing domestic pressure, Iran cannot afford to look weak, neither at home nor in the region. The state has never responded well to bullying tactics. Moreover, sanctions hit the people and, more often than not, have the impact of uniting it behind whatever leadership it has. Denigrating an aggressive leadership and a proud civilization with threats while asking them to kowtow to a bully’s tactics, will always have the opposite of the desired effect. The regime, while it may not be able to militarily match U.S. might, will hit back in other ways, and hard.

About Aiza Azam 3 Articles
Ms Aiza Azam is the Senior Editor at Strategic Foresight for Asia (www.strafasia.com). She tweets @Aiza_Azam

Article 370: What Made PM Narendra Modi do it?

Create PDFThe Indian government led by PM Modi under BJP rule revoked the special status of Jammu & Kashmir by scrapping Article 370. This act of Modi may have surprised people but it was not […]

Create PDFArticle Published in The News on 27th Feb, 2019.   RAWALPINDI/BEIJING/BRUSSELS/NEW YORK/UNITED NATIONS: The Organisation of Islamic Cooperation (OIC) condemned on Tuesday the aerial violation and dropping of four bombs by India across the […]

Create PDFChange is the enduring feature of global politics. Similarly, warfare also evolves with changes in socio-political conditions and advancement in technologies. As, Clausewitz says, “Every age has its own type of war and it […]