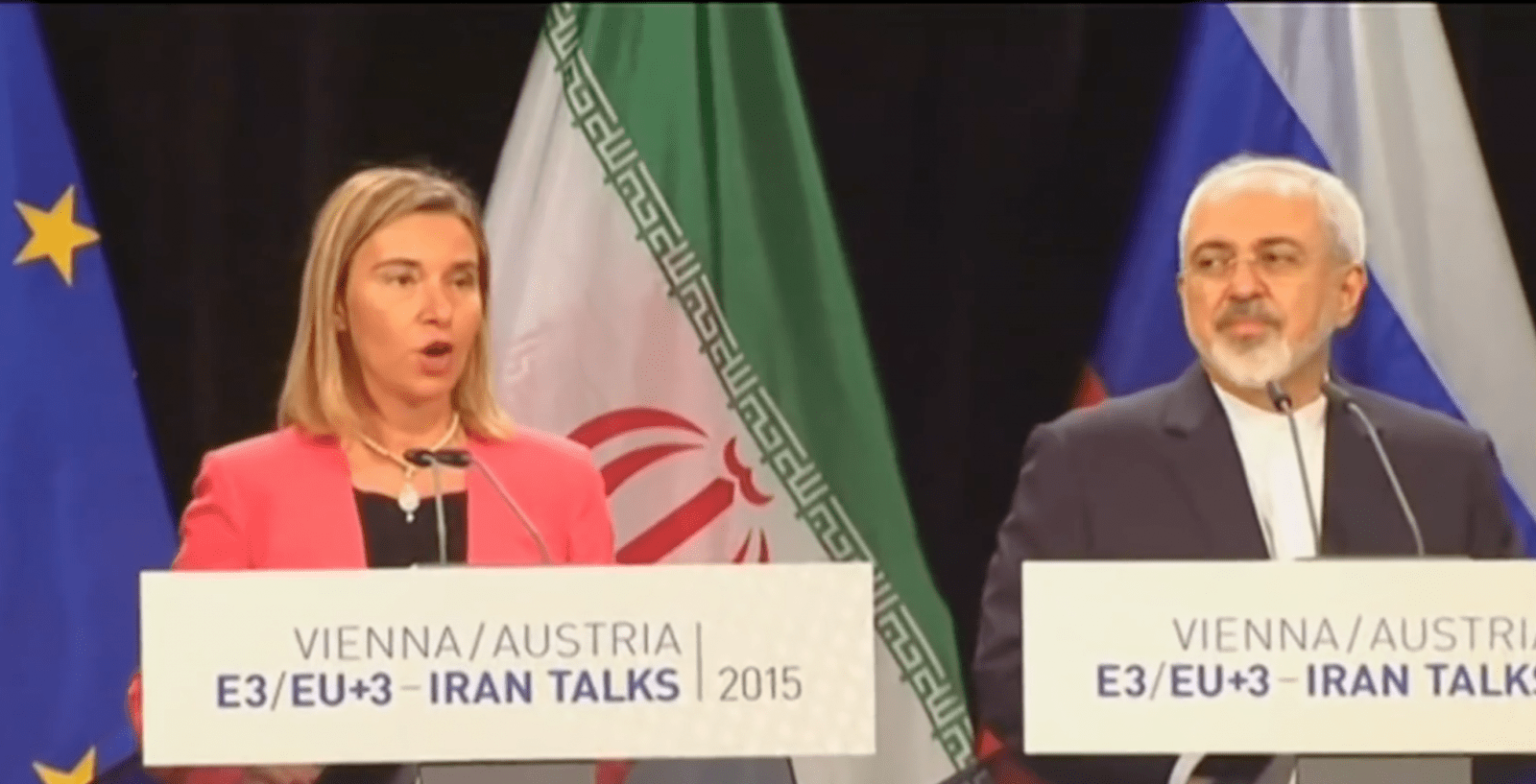 Iran recent exceeded the limit on its stockpile of low enriched uranium (LEU) set under the 2015 Nuclear Deal, commonly known as the Joint Comprehensive Plan Of Action (JCPOA). The broadly adopted stance amongst the media propagated Iran to be the aggressor and provocateur, yet some sources such as the NY Times and the Wall Street Journal attempted to incorporate journalistic ethics and reported with some level of objectivity. While many sources attempted to portray Iran as a state in active pursuit of nuclear weapons, the reality is far from that.

The time it takes from the initial phases after the decision to pursue a nuclear weapons program leading to the eventual formulating of a warhead is generally called the ‘breakout’ time. Through its monitoring mechanisms and the stringent limits set on Iranian stockpiles of heavy water and low enriched uranium, as well as the imposition of an enrichment limit of 3.67%, the JCPOA ensured that Iran’s breakout time would be higher than at least a year, in the event it began pursuing a nuclear weapons program. Iran’s violation of the LEU stockpile limit can be seen as a violation of the JCPOA; however, the remaining parties to the deal have not considered it as such, the reason being that Iran has no choice.

Why does Iran not have a choice?

The US initiated a ‘maximum pressure’ campaign against Iran in the wake of the American withdrawal from the nuclear deal. Under the campaign, the United States imposed economic sanctions against Iran, and labelled the Iranian Revolutionary Guards Corps as a Foreign Terrorist Organization. This was the first time an arm of the official military of a country was labelled as such.

On 3rd May  2019, the US renewed nuclear sanctions waivers with the exception of two; transfer of enriched uranium out of Iran and the storage for Iranian heavy-water. The statement issued by the Secretary of State also mentioned that Iran must stop all ‘proliferation-sensitive’ activities. Specifically not allowing Iran to transfer its stockpile of low enriched uranium, and denying it storage facilities for its heavy water only meant two things: either Iran could surrender to US demands and abandon all its closely monitored civilian nuclear activities, or Iran could withstand the maximum pressure campaign with dignity and resilience. The Iranians are not new to sanctions. Since the 1979 revolution, US policy towards Iran underwent a shift; globally imposed sanctions were the norm for the country, and the economy was designed to sustain them.

US allegations against Iran of sponsoring of terrorists in the Middle East, and of the proliferation of missiles, were unsubstantiated. Exactly a year after the US exit from the deal, Iran announced a 60-day timeline this year for the remaining parties to provide protection from the sanctions. Iran issued several warnings for the parties to the deal for extending relief, but to no avail. Following the threats, Iran recently announced that it would enrich uranium beyond the 3.67% to 5%; the Guardian reported that the International Atomic Energy Agency (IAEA) confirmed Iran had breached the enrichment limit.

Iran’s Fars News reported that Iran had exceeded the agreed upon low enriched uranium stockpile limit of 300kg. Despite the warnings, other signatories of the deal did not compensate Iran. On 7th July 2019, the spokesperson of the Atomic Energy Organization of Iran (AEOI) announced that Iran had presented the IAEA with details of the changes and planned to undertake enrichment up to 5%.

The Arms Control Association assessed the situation in an unbiased way; it stated that the breaches of the parameters set in the deal were troubling, but that they did not create an immediate proliferation risk. When forced to either abandon its civilian nuclear program or violate the deal, Iran chose to do the latter. The ACA also stated that Iran is not racing towards a nuclear bomb as certain circles have claimed, and that the violations are a move to increase pressure on the remaining partners to provide Iran with economic relief.

Iran has practised strategic patience after the US withdrawal with respect to the nuclear deal; the US campaign of maximum pressure has resulted in huge losses to the Iranian economy. Iran’s crude oil exports were a major target since the Trump administration claimed it was the main source of finance for the regime. Initially, waivers were granted to some countries to keep importing Iranian oil while they looked for alternative sources; those waivers were not renewed. The campaign of maximum pressure was working well since it practically reduced Iran’s exports to a bare minimum; however, the economic impact of the sanctions imposed under the campaign was worst felt in the recent months. Iran’s inflation rate can be seen to have surged after April 2019.

The move to continue the civilian nuclear program and violate some terms of the JCPOA is Iran’s attempt to make the remaining parties take action. Iran’s breakout time will not be significantly reduced. Before the deal, Iran had over 10,000kgs of low-enriched uranium and was required to transfer the amount in excess of 300kgs out of Iran. In order to be able to pursue a nuclear weapons program, it would need at least 1050kgs of low enriched uranium and would have to enrich it to weapons-grade levels i.e. more than 90%, at which point about 25kg of highly enriched weapons-grade uranium will be usable for a nuclear device. However, Iran would need to transform it into metal and create a warhead.

Iran had around 20,000 centrifuges to enrich uranium before the deal. Under the requirements of the JCPOA, the numbers were reduced to about 4000; this was designed to increase the time it would take for Iran to enrich uranium for a nuclear device. The mechanisms devised under the deal called for close inspections by the IAEA; this meant that any Iranian activity would be observed and reported. The IAEA’s previous inspections have reported Iran to be completely in compliance with the deal.

Exceeding the 300kgs low enriched uranium stockpile limit was merely a choice for Iran; it could not afford to abandon its civil nuclear program at the whim of the Trump administration. This was a direct result of the US not renewing nuclear waivers. However, even if the transfer of LEU and heavy water were allowed, there is an excess in the world market for both commodities and Iran would likely face difficulty in selling them. Surpassing the LEU stockpile limit is not a race to a nuclear bomb, neither is the decision to enrich uranium to 5% levels. The enrichment decision is Iran following through with its warning to the remaining parties

On 2nd July 2019, the foreign ministers of the parties in question issued a joint statement, expressing concern over Iran’s decision to exceed the low enriched uranium stockpile and urged Iran to reverse itself. The statement also indicated that the parties were considering additional steps under the terms of the JCPOA. The European Foreign Office issued another statement on 7th July 19, expressing concerns over Iran’s decision to enrich beyond 3.67%; the EU called upon Iran to cease and reverse its steps. It was also stated that the parties were considering enacting measures within the framework of the deal, including a Joint Commission.

Considering all the factors and the interplay of things, it is quite possible that regardless of the strategic necessity of Iranian decisions, the remaining parties will be forced to take action. Such action could culminate in stern warnings and an ultimatum for Iran to stop the activities that are in violation of the nuclear deal. However, the nuclear deal was designed to allow Iran’s civil nuclear program and, consequently, the monitoring mechanism was in place to ensure Iran’s complacency with the terms set in the deal. The JCPOA did not eliminate the possibility of Iran pursuing a nuclear weapons program; however, it ensured that any move towards a weapons program would raise flags, it also increased the breakout time to at least a year.

Most recently, Iran has stated that it would be willing to hold talks with the US, provided the latter lifts sanctions imposed and returns to the deal, and that Iran is allowed to export the same quantities of oil as it was before the US withdrew from the nuclear pact.

Sports as a Medium of National Integration

Print PDFSports have great potential for the promotion of inter-provincial harmony and national integration in Pakistan by strengthening the collective identity of the alienated segments of the society. Sports are a formidable force at the […]

Print PDFWhen the World Trade Organisation was established in 1995, its architects intended it to become a fundamental pillar of global peace and prosperity. However, in the past few years, during an era of discord […]