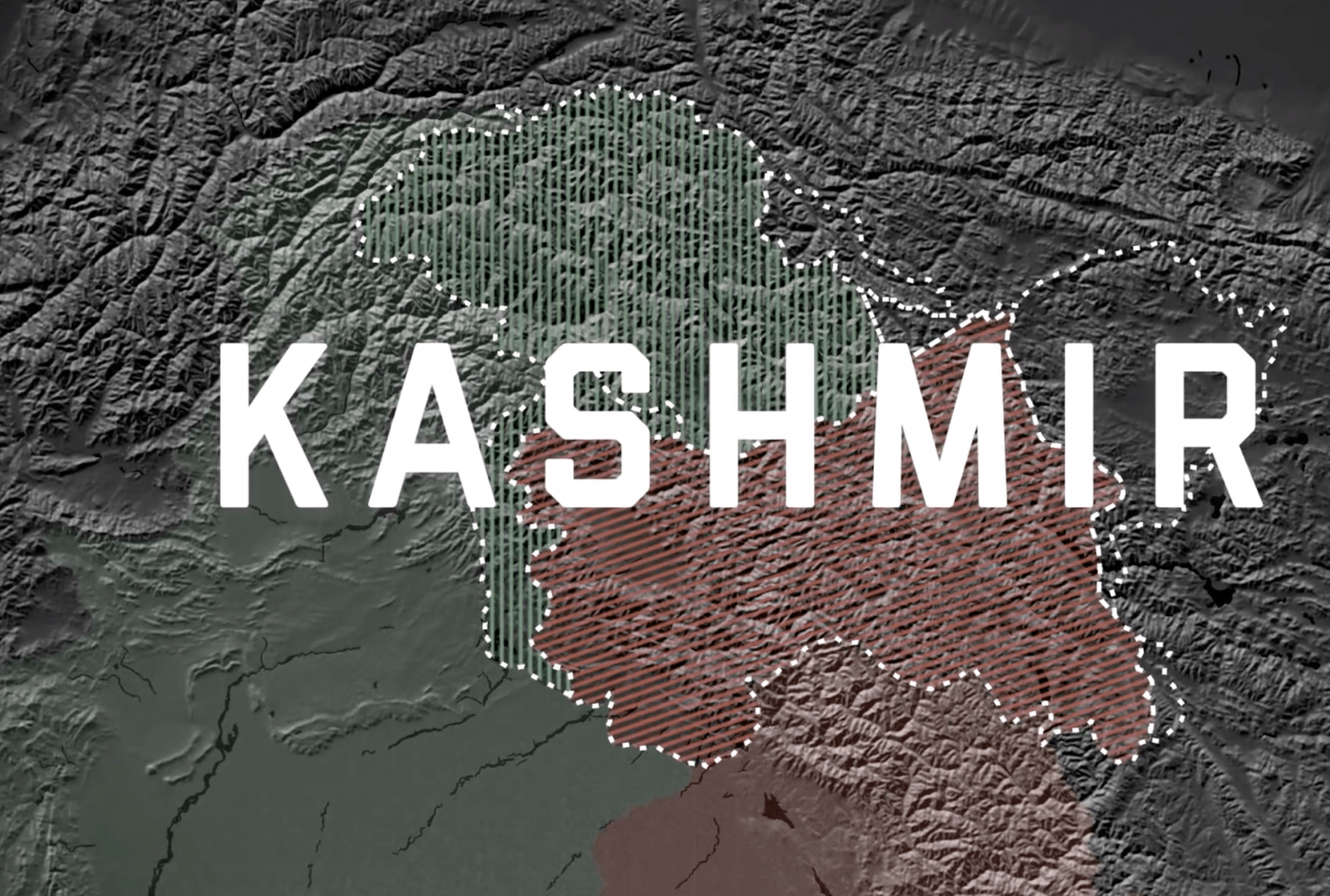 On August 5th 2019, the Indian government scrapped the article 370 from its constitution through a presidential order, a move dubbed as unconstitutional world over. The Indian government led by the Hindu nationalist Bharatiya Janata Party (BJP) moved a bill proposing the Jammu and Kashmir disputed state be divided into two “union territories”, i.e., Jammu and Kashmir and Laddakh, to be directly ruled by New Delhi.

Since coming into power, the Modi government has done everything in its power to divert the world attention away from the real issue of atrocities and human rights violations that it has committed in Indian occupied Kashmir (IoK) and center it around a concocted narrative of so-called ‘Pakistan sponsored terrorism’. However, with the new unconstitutional move in Kashmir, India has essentially done the opposite of what it had intended, internationalized the Kashmir dispute, brought it back in the international limelight.

As per the limited information coming out of the region, the Kashmiris are besieged in their own land since several consecutive days now with no time of relief soon. An indefinite security lockdown has kept most of the region’s 7 million people in their homes and in complete information blackout.

In one of the worst human rights abuses the Kashmiri people were denied their basic right to exercise their religious duty of offering Eid prayers and doing sacrifice, as the curfew continued with total media blackout. Indian Premier Modi justified the constitutional amendment on grounds that it would bring economic prosperity to the region. If what he says is taken on its face value, one ponders why are Kashmiri people under curfew and forced detentions with 8,00,000 forces deployed in an area of 222,236 km². About 70,000 people have been killed in the uprising and the ensuing crackdown since 1989.

India’s narrative on Kashmir, now being dubbed as an internal matter, is misplaced and a blatant violation of domestic and international law; and has only opened up a pandora box for India.

Reactions from Kashmiris.     The opposition party dubbed the decision as a “catastrophic step”.  The Kashmiri leadership equally felt antagonized and statement from Omar Abdullah, former Chief Minister Kashmir, now indefinitely under house arrest, called the decision as “unilateral and shocking” and “a total betrayal of trust of the people of Jammu and Kashmir”. He called the decree an “aggression”, which will have “far-reaching and dangerous consequences,” Former Chief Minister of Kashmir; Mehbooba Mufti called it as the “darkest day in Indian democracy”.

The whole episode of scrapping of this provision in the constitution was accompanied by deceit as India deployed massive troops, now numbering close to 800,000, to the valley under the sham pretext of intelligence on some impending terror incident.

This is not the first time India has beguilingly attempted to divert world attention from its security forces’ high-handedness and human right violations in Indian Occupied Kashmir. The Pulwama incident in India happened at a time when the Office of the Human Rights Commission had highlighted the human right violations rampant in the Indian Occupied Kashmir (IoK) and before the United Nations General Assembly session where India feared its terrorization of a whole populace in Kashmir would be scrutinized.

Was Jammu & Kashmir (J&K) ever an internal matter?            Article 370 was the basis of Jammu and Kashmir’s accession to the Indian union, which the Hindu Mahraja had illegally signed with the government of India, of a Muslim majority state. However, the right of plebiscite, enshrined in the UN resolutions and committed by Indian rulers, has never been accorded to the Kashmiri people. In a letter (No 368 Primin dated 21 November, 1947) addressed to the Pakistani Prime Minister, Indian Prime Minister Nehru had committed, “I have repeatedly stated that as soon as peace and order have been established, Kashmir should decide of accession by Plebiscite or referendum under international auspices such as those of United Nations.”

Even seventy years on, the plight of Kashmiris under Indian occupation continues indefinitely. Pakistan has fought several wars with India over Kashmir and after nuclearaization, Kashmir dispute has featured as a major issue, in composite dialogue, that requires resolution.

The article 370, gave special status to the region of Jammu and Kashmir, exempting it from the constitution of India. Moreover, article 35(a) defined permanent and nonpermanent residents, securing the right of a Muslim majority disputed territory in a Hindu majority state. The J&K constitution defined resident as a person who was a state subject as of May 14, 1954 or has been a resident in the state for 10 years on that date with a legally acquired property. Non-permanent residents could acquire immovable property, get government employment, scholarships or other aid provided by the state government, according to it.

The scrapping of Article 370 and 35 (a) removes that status now and would allow for settlements by non-resident in the area changing its demographics. As the Kashmiris are likely to resist this move indefinitely, it would lead to more violence and killings in Kashmir by Indian forces, that have more powers now to use all means to terrorize the people of this occupied land. This is a genocide in making.

By revoking the articles, the Indian government in New Delhi will now have far more control over J&K and settlers from other parts of India will be allowed to buy property there. This would lead to heightened fears of “ethnic cleansing”. It would also mean blatant human rights violations against the people of the Kashmir valley.

As regards the status of Kashmir, in the light of India’s bilateral accords with Pakistan, Kashmir has always been accepted as a dispute/ issue between the two and hence India cannot unilaterally decide on its future. Even according to Shimla Agreement of 1972, India committed that “..pending the final settlement of any of the problems between the two countries, neither side shall unilaterally alter the situation, and both shall prevent the organization, assistance or encouragement of any acts detrimental to the maintenance of peaceful and harmonious relations”.

State-terrorism in Indian Occupied Kashmir.           The Office of the UN High Commissioner for Human Rights (OHCHR) in its reports on human rights violations in the Indian occupied Kashmir recorded most notably excessive use of force by Indian security forces that led to numerous civilian casualties, arbitrary detention, and blinding by the use of pellet guns. According to information from Srinagar’s Shri Maharaja Hari Singh Hospital, where most pellet shotgun injured are treated, 1,253 people have been blinded by the metal pellets used by security forces from mid-2016 to the end of 2018.

India: The revisionist state.     When India’s Home Minister Amit Shah announced a resolution over changes in Article 370 he said; “Kashmir is an integral part of India, there is no doubt over it. When I talk about Jammu and Kashmir, Pakistan occupied Kashmir and Aksai Chin are included in it.” The decision was a part of the BJP’s election manifesto and a manifestation of their revisionist mentality.

Ladakh is adjacent to the administrative boundary between India and China, which is demarcated by a line known as the Line of Actual Control (LoAC). Aksai Chin is disputed between India and China. When asked on the decision of India to make Laddakh union territory Chinese spokesperson stated that “Recently India has continued to undermine China’s territorial sovereignty by unilaterally changing its domestic law; such practice is unacceptable and will not come into force.”

Later when Pakistan’s foreign minister Shah Mehmood Qureshi visited China, the Chinese Foreign Minister Wang Yi, China issued a statement saying that, “The Kashmir issue is a dispute left from the colonial history. It should be properly and peacefully resolved based on the UN Charter, relevant UN Security Council resolutions and bilateral agreement.”

What happens next?      The annexation of Jammu and Kashmir with India as a Union territory is much like the annexation of Crimea by the Russian Federation. In the post Westphalian world order there is no space for such illegal annexation of territories. It is also a violation of India’s legal obligations flowing from United Nations Security Council Resolutions as well as bilateral agreements with Pakistan wherein it agreed to the Kashmir as a dispute/ issue that is bilateral in nature.

India’s own Prime Minister Nehru had clearly stated this on the dispute, “I should like to make it clear that the question of aiding Kashmir in this emergency is not designed in any way to influence the state to accede to India. Our view which we have repeatedly made public is that the question of accession in any disputed territory or state must be decided in accordance with wishes of people and we adhere to this view.”

Modi’s extremist agenda of making India a Hindu state is reflecting in other decisions as much as in Kashmir, including his decision of stripping as many as 4 million Bengali Muslims in Assam of their citizenship. Although the world powers may have decided to stay quiet on this, but the latest Indian move has brought back all attention of the world media on the aggressor state India and its human rights violations on the poor Kashmiris.

When the curfew is lifted, India would realize the pandora box it has opened up for itself. As for the Kashmiris, their struggle for freedom is relentless as being tortured killed and maimed by the Indian occupation forces generation after generation, has made their resolve to fight back more stronger.

It is time that India realizes that Kashmir is the albatross around its neck.

Print PDFThe advent of Artificial Intelligence (AI) as a contemporary deterrence strategy in nuclear and non-nuclear technologies is an omnipresent interest to the developing world. The extensive use of AI for military and defence purposes […]

Print PDFNations around the world have been exhibiting increasing interest in the populist leaders, who tailor their rhetoric to appeal the common man and most often than not manipulate it to benefit their personal agendas. […]

The Fragility of the U.S. – Taliban Peace Accord

Print PDFWill the US – Taliban peace accord hold? The majority perhaps would respond with a vociferous ‘no’ while some with a nuanced ‘maybe’. The naysayers primarily belong to two distinct categories: first, those who […]