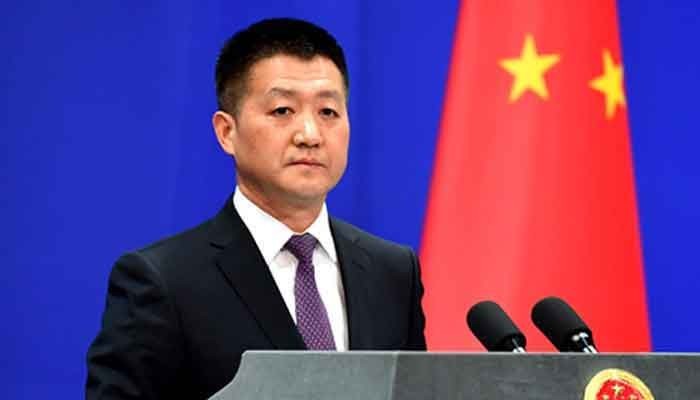 RAWALPINDI/BEIJING/BRUSSELS/NEW YORK/UNITED NATIONS: The Organisation of Islamic Cooperation (OIC) condemned on Tuesday the aerial violation and dropping of four bombs by India across the Line of Control (LoC).

The General Secretariat of the OIC condemned the action against one of the founding members of the organisation — Pakistan. The OIC urged India and Pakistan to exercise restraint and avoid any steps that would endanger peace and security in the region, reported local media.

The OIC held an emergency meeting of its Contact Group on the Indian-occupied Kashmir on Tuesday at Pakistan’s request. “On the request of the Islamic Republic of Pakistan a meeting of the Contact Group on Jammu and Kashmir … will be held at the OIC General Secretariat” on February 26 at 11am, said a notice marked “urgent” which was sent to members of the contact group by the OIC secretariat in Jeddah earlier this week.

The permanent ambassadors of the OIC’s member states participated in the meeting on Occupied Kashmir, the notification added. Meanwhile, China urged India and Pakistan to “exercise restraint”.

“We hope that both India and Pakistan can exercise restraint and adopt actions that will help stabilise the situation in the region and improve mutual relations,” China´s foreign ministry spokesman Lu Kang said. The Chinese Foreign Minister Wang Yi is expected to meet his Indian counterpart Sushma Swaraj and Russia´s Sergei Lavrov in the Chinese city of Wuzhen on Wednesday for a previously planned meeting. Also, the EU called on New Delhi and Islamabad to exercise “maximum restraint” .

“We remain in contact with both the countries and what we believe is essential is that all exercise maximum restraint and avoid further escalation of tensions,” the EU spokeswoman Maja Kocijancic told reporters.

The United Nations Secretary-General Antonio Guterres also issued an urgent appeal to India and Pakistan for exercising “maximum restraint” in the wake of the airspace violations by the Indian war planes along the Line of Control, his spokesman said. “The Secretary-General is closely following the situation,” Spokesman Stephane Dujarric said in response to a question at the regular briefing at UN Headquarters in New York. “He (UN chief) reiterated his urgent appeal to both the governments of India and Pakistan to exercise maximum restraint to ensure the situation does not further deteriorate,” the spokesman added. Replying to a question about Indian claims of heavy casualties on the Pakistani side, he said that UN has nothing on it. In a related development, Pakistan’s Ambassador to the UN Maleeha Lodhi delivered Foreign Minister Shah Mahmood Qureshi’s letter addressed to the UN Secretary-General. The Pakistani envoy is also circulating to the UN member states OIC’s condemnation of airspace violations along the LoC by the Indian war planes.

The South Asian region is on the cusp of a very dangerous situation as a result of India’s escalation following the Pulwama incident, which could have serious consequences for international peace and security, Ambassador Maleeha Lodhi has said.

“The situation could spin out of control,” Ambassador Lodhi, permanent representative of Pakistan to the UN, said in an interview on Turkish Television’s programme, “Newsmakers”, on Monday. Responding to questions, she said Prime Minister Imran Khan had offered talks to India and to resume the peace process. The Pakistani leader had also offered an investigation into the incident of 14 February. “Dialogue, not demonisation is the answer to this situation,“ she said emphatically.

India’s Joining of Hypersonic Club and its Repercussions on Pakistan

Print PDFWith the recent successful testing of scramjet-powered ‘Hypersonic Technology Demonstrator Vehicle’ (HSTDV) by India, alarming notions for the strategic stability environment of South Asian region have been raised by many folds. Under Prime Minister […]

Print PDF(Another version of this article was first published in the Express Tribune) India tested its anti-satellite (ASAT) missile on March 27, 2019, by destroying one of its own satellites and claimed that it has […]