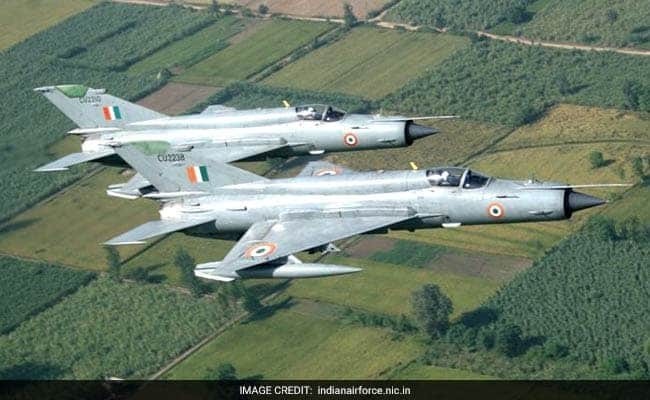 IAF Strike in Balakot, Pakistan: The pilot was in a Mig 21 that crashed after a skirmish (File)

The government today said that an Indian pilot was “missing in action” after an Indian Air Force aircraft shot down a Pakistani jet targeting military installations. Later, the Acting High Commissioner of Pakistan was summoned this afternoon by the Ministry of External Affairs to lodge a strong protest at the “unprovoked act of aggression by Pakistan against India earlier today”. The government has also strongly objected to Pakistan’s “vulgar display of an injured personnel of the Indian Air Force” in violation of all norms of the Geneva Convention.

This was after Pakistan claimed in a statement that strikes across Line of Control are “from within Pakistani airspace.” The allegations reflect the escalation of hostilities a day after the Indian fighter jets went within Pakistan and destroyed a terror training camp.

Prime Minister Narendra Modi is meeting with top officials including Advisor Ajit Doval, the Defence and Foreign Secretaries and intelligence officials. A Pakistani F-16 aircraft crashed on its own territory, in the Lam Valley area along the Indian air space in Jammu and Kashmir’s Poonch and Rajouri sectors.

Amid increasing tension, the entire airspace north of Delhi has been vacated, official sources said, according to news agency Press Trust of India.

Earlier in the day, Foreign Minister Sushma Swaraj, in a visit to China, said India wants to avoid any “further escalation of the situation” and will “continue to act with responsibility and restraint”.

The US asked Pakistan to take “meaningful action” against terror groups, with the Donald Trump administration calling for India and Pakistan to “exercise restraint” amid heightened tension between the two.

Print PDFArticle Published in The News on 27th Feb, 2019.   RAWALPINDI/BEIJING/BRUSSELS/NEW YORK/UNITED NATIONS: The Organisation of Islamic Cooperation (OIC) condemned on Tuesday the aerial violation and dropping of four bombs by India across the […]

Print PDFIn an act of defiance against India’s sinister design to strip the Muslim-majority part of its nominal autonomy, Kashmiris are ready to rebel the controversial decision, the revocation of article 370. Foreseeing the whole […]