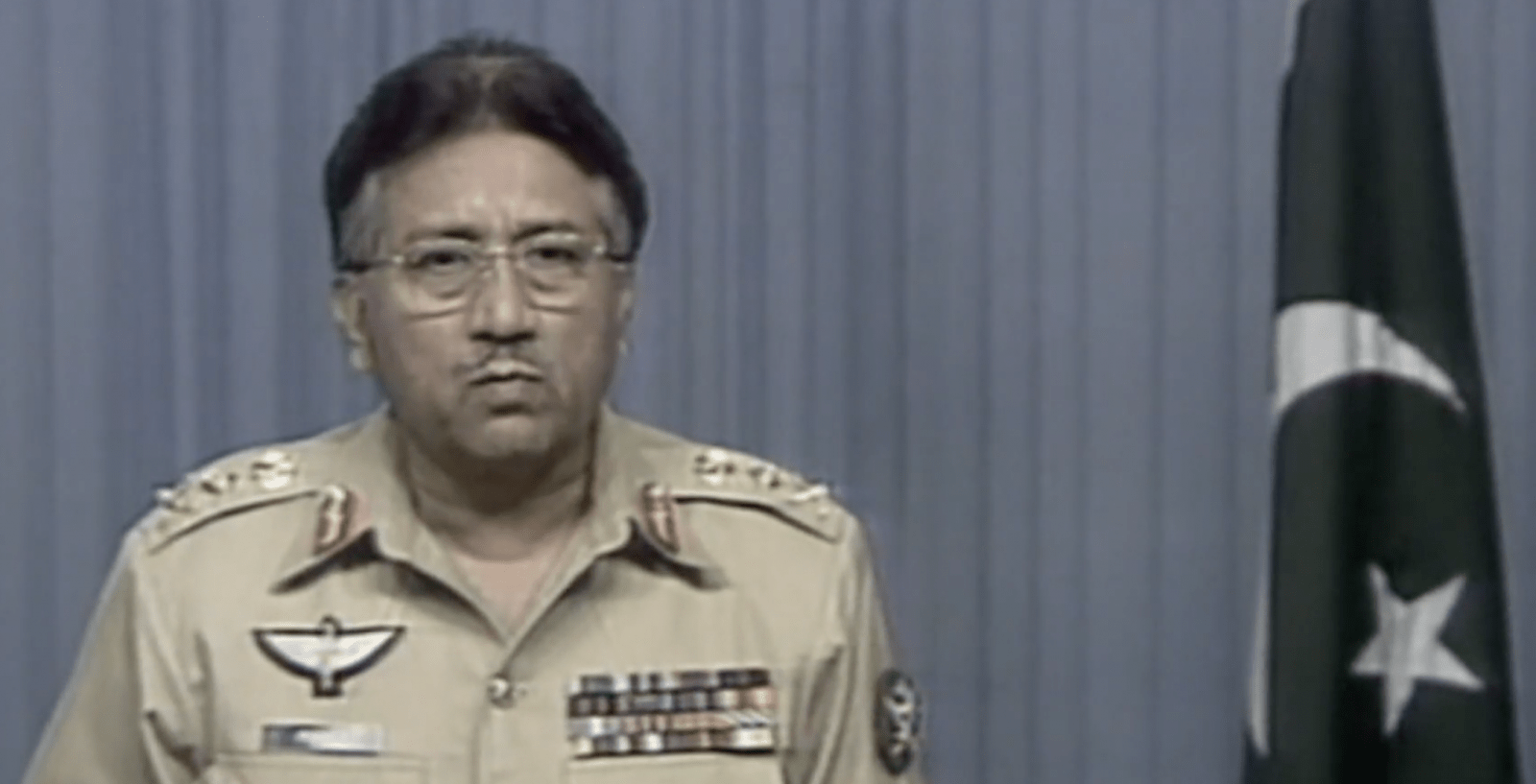 Not only was a guilty verdict passed upon General Pervez Musharraf, but he was meted the death sentence for high treason. One of the judges in his trial ruled that if he were to die before the sentence could be carried out, his dead body be dragged to D-Chowk in Islamabad and hung for three days. Such an inhuman decision reminds one of Mark Anthony’s speech in William Shakespeare’s epic Julius Caesar, Act 3, Scene 2, when he exclaimed in exasperation: “O judgment! Thou art fled to brutish beasts, and men have lost their reason.”

Prior to commenting on the merit of the judgment, let us briefly examine the case of General Pervez Musharraf, who had seized power under curious circumstances in 1999. As Chief of Staff of Pakistan Army, he had launched the Kargil Operations surreptitiously, seizing control of the Kargil Heights, which denied India the maintenance of its logistic line of support to its troops in Siachen. Bold in tactical execution, the move lacked strategic in-depth planning since India retaliated with full might, inflicting heavy casualties upon Pakistani troops and causing international chastisement for its adventurism. The ill-fated operation also drove a wedge between the Prime Minister Mian Nawaz Sharif and Pervez Musharraf, where the former furtively tried to sack the latter when the General was returning from a visit to Sri Lanka. Musharraf’s PIA commercial flight was denied landing permission and would have to divert to an Indian airfield or crash due to lack of fuel. Army troops seized power in a coup d’état, getting permission for the commercial flight carrying General Musharraf to land and for the General to assume power. Nawaz Sharif was arrested and tried for the alleged hijacking of the PIA flight.  Later, under the guarantee of Saudi Arabia, Nawaz Sharif was sent into exile.

The rule of Pervez Musharraf as dictator and President is replete with instances of imperious decisions. Initially he was treated as a pariah for having usurped power and removing an elected government but the 9/11 attacks and subsequent war on terrorism, which provided Pakistan the opportunity to ally itself with NATO, endeared Musharraf to the Occident. He remained the Army Chief until retiring in 2007. The initial stages of his presidency featured controversial wins in a state referendum to grant him a five-year term limit, and a general election in 2002. During his presidency, he advocated for the Third Way, adopting a synthesis of conservatism and socialism. Musharraf reinstated the constitution in 2002, though it was heavily amended within the Legal Framework Order. Musharraf pushed for social liberalism under his Enlightened Moderation Programme and promoted economic liberalization, while he also banned trade unions. He did liberalize the media, permitting the establishment of private TV and Radio FM channels, which subsequently became his bane when they picked up the cudgel to target their benefactor for his omissions and commissions.

Among various actions which brought censure to his prolonged rule were the abrogation of the Constitution, the armed assault on the Red Mosque in Islamabad, in which hundreds of students of the seminary were killed, the military operation against the Baloch insurgent Nawab Akbar Khan Bugti, which resulted in his death, the imposition of Emergency in 2003, and the grant of national reconciliation ordinance (NRO) to Benazir Bhutto. In 2007, he suspended judicature and the Chief Justice of Pakistan Iftikhar Muhammad Chaudhry was made a “non-functional Chief Justice” on 9 March 2007 for his alleged corruption. In so acting, President Pervez Musharraf invoked two main clauses of the Constitution of Pakistan. The suspension evoked a nationwide popular mass protest movement led by lawyers, known as the Lawyers’ Movement, which eventually culminated in a Long March. Under Musharraf’s watch, in the runup to the 2007 elections, Benazir Bhutto was assassinated in a terror attack in Rawalpindi.

Musharraf’s position debilitated dramatically. Resigning to avoid impeachment in 2008, Musharraf emigrated to London in a self-imposed exile. His legacy as leader is mixed; his era saw the emergence of a more assertive middle class, but his open disregard for civilian institutions greatly weakened Pakistan.

The various personalities that he had disparaged, Nawaz Sharif and the judicial fraternity, ultimately ganged up to haunt Musharraf. He returned to Pakistan in 2013 to participate in that year’s general elections but was disqualified from participating after the country’s superior courts issued arrest warrants for him and his Prime Minister Shaukat Aziz, for their alleged involvement in the assassinations of Nawab Akbar Bugti and Benazir Bhutto. Upon re-election in 2013, Nawaz Sharif initiated high treason charges against Musharraf for implementing emergency rule and suspending the constitution in 2007. The case against Musharraf continued after Sharif’s removal from office in 2017, the same year in which Musharraf was declared an “absconder” in the Bhutto assassination case by virtue of moving to Dubai. The high treason case dragged on for six years, but three days before the retirement of the Chief Justice of Pakistan, Asif Saeed Khosa, on December 17, 2019, Musharraf was sentenced to death in absentia for the treason charges, emanating from his declaring a state emergency on November 3, 2007.

Pakistan Army expressed its anguish at the split but harsh decision and declared that a former Army Chief, who had fought three wars in the defence of Pakistan, could not be a traitor.

Legal experts consider the verdict a travesty of justice, especially in the way the case unfolded in an expeditious manner, as if to pursue a special vendetta against the Army. Prior to the decision, the case of granting extension to the Army Chief by the government was challenged by the Chief Justice and the issue was mocked till a six months’ extension was granted so that formal legislation to the effect could be carried out by the Parliament. Some followers of the judicial procedure have questioned that if judgment had to be given in absentia, then why can decisions against former Finance Minister Ishaq Dar, and the sons of former Prime Minster Shahbaz Sharif, Hassan and Hussain Nawaz, and other absconders not be reached?

General Pervez Musharraf himself had stated that he had consulted members of his cabinet and the Prime Minister before declaring the Emergency in 2007 but none of the others were even named as co-accused in the case. Another mockery of justice can be found in the legal lacunae that the crime by the former military dictator was carried out in 2007 but the legislature declaring the act as a treason was formulated in 2010.  How can a culprit be punished for a crime which was yet to be declared a crime? The former General’s health did not permit him to respond to the summons of the court to appear in person. His pleas to record his statement via video link were ignored. Thus, announcing the verdict of death without hearing the pleas of the General, smacks of personal revenge. Numerous other public interest cases like the Model Town incident and the Baldia Town episode have been brushed under the carpet.

During a speech at a public forum, the Chief Justice of Pakistan (CJP), Asif Saeed Khosa, had raised his hands mocking the typical stance of General Musharraf giving a statement on the ongoing trial against appears to be mala fide. In the backdrop of a recent statement, he gave a hint about his order against a sitting Army Chief, this pronouncement seems to be an egoistic institutional vengeance rather than a merit-based verdict.

On March 25, nine months prior to the verdict, the CJP referred to the punishment given to dictator Oliver Cromwell whose skeleton had been hanged after his death. It may be recalled that after the defeat of King Charles I in the English Civil War and Charles’s subsequent beheading, Oliver Cromwell had become Lord Protector and ruler of the English Commonwealth. Following Cromwell’s death on 3 September 1658, he was given a public funeral at Westminster Abbey equal to those of the monarchs who came before him. After his death, King Charles II regained the throne. Charles’s new parliament ordered the disinterment of Cromwell’s body from Westminster Abbey, after hanging “from morning till four in the afternoon”, the body was cut down and the head placed on a 20-foot spike above Westminster Hall (the location of the trial of Charles I).

Surely Pakistan’s honourable judges do not want to repeat the inhuman practice of the 17th century British monarchy. Under these circumstances, the verdict against the former Army Chief General Musharraf must be revisited and justice be carried out according to its merit rather than on whimsical observations or medieval England’s brutish precedence.

Making Gilgit-Baltistan a Province of Pakistan

Print PDFVoices for making Gilgit-Baltistan (GB) a province of Pakistan have been echoing for quite some time but on September 23, 2020, all the mainstream political parties of Pakistan showed agreement in making it happen. […]