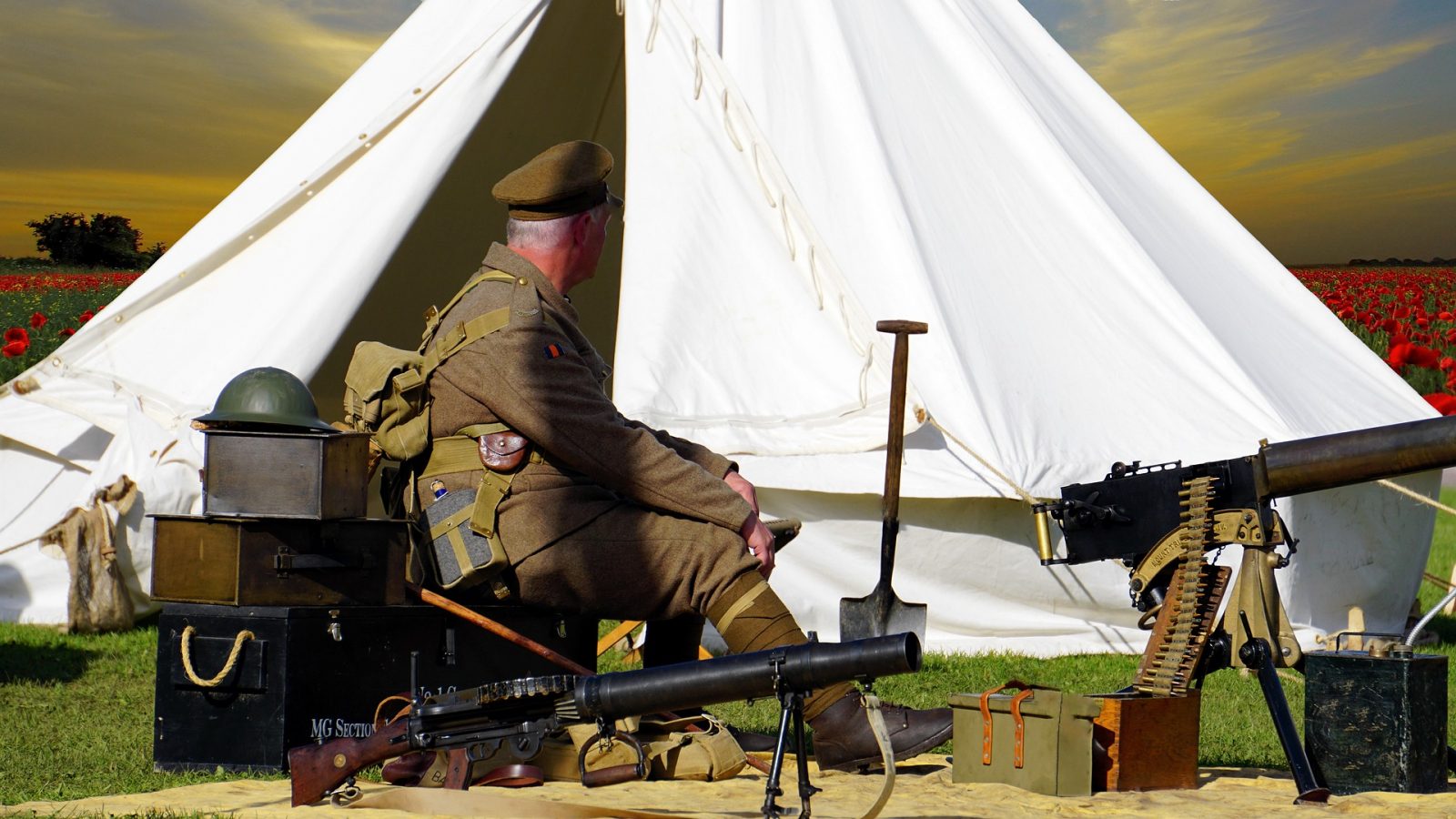 In his famous farewell address to the American Public in 1961, President Dwight D. Eisenhower had both defined and warned against the encroaching influence of what was then termed as the United States’ ‘Military-Industrial Complex.’ Speaking of the growing synergy between the U.S. military and their fast rising defense and arms industry, President Eisenhower (himself a highly decorated former U.S. General) had taken both time and considerable thought to highlight what he believed was a grave threat to the ideals of peace and prosperity for which the United States had stood for within the post-war scenario. What is more, he had said it right in the middle of the Cold War at a time when the U.S. was engaged in an arms race for survival with the Soviet Union.

Six decades later, as one surmises the far-reaching impact of the same Military Industrial Complex on the present day’s international politics, President Eisenhower’s warning seems like the realization of a cryptic prophecy more than anything. In fact, it has become increasingly difficult to find a parallel to the way the intersection of money and power affects global peace and prosperity, the way it is affected by the intersection of defense and foreign policy at the hands of the world’s arms industries.

This is best exemplified today by how lucrative arms contracts at the state level have increasingly come to take growing precedence over key foreign policy decisions, particularly by the world’s major powers. Thus, it is no secret that the world’s foremost arms importers enjoy considerably close ties with their suppliers. This is markedly apparent in the long history of relations between the United States and Saudi Arabia, which have increased manifold since the latter recently took over India as the World’s largest arms importer. The importance given to Saudi Arabia’s defense contracts in the U.S. is such that the entire diplomatic fallout from the Jamal Khashoggi affair last year was presented as an unnecessary inconvenience by none other than President Trump himself.

The same bonhomie is also visible in America’s growing defense and strategic ties with India. As the top importer of arms for the entire previous decade, India’s lucrative market for arms contracts is fuelled by its fast rising economy as well as its need to modernize its aging Soviet-era platforms.
While the bulk of India’s military hardware is sourced from Russian defense manufacturers, U.S. defense contractors such as Lockheed Martin and Boeing have consistently eyed gaining a wider share of the Indian market. This includes the delivery of the first of 22 Apache attack helicopters and 15 Chinook helicopters made to the Indian Air force earlier this month.  It also includes a similar deal that was recently signed between the United States and India to purchase 24 Sea Hawk helicopters to further expand the latter’s naval capabilities.

Yet, perhaps the most lucrative opportunity for U.S. defense contractors coming out of India is the Indian Air Force’s latest tender for 114 fighter aircraft to replace its soviet era MiG squadrons. Worth around $18 billion, the Indian government’s requirements are based around developing an indigenous production base built on large-scale transfers of technology, training and maintenance operations. With the long-term goal of reducing its dependence on imports and developing its local arms industry, India’s requirements thus extend beyond the mere procurement of platforms. Instead, they involve a unique opportunity for the world’s foremost arms manufacturers to gain a long-term foothold within the Indian market, while simultaneously investing in the country’s rapid economic growth.

These aspects are clearly evident in Lockheed Martin’s most recent sales pitch to India regarding the F-21 Fighter Aircraft. Offered as an exclusive India only upgrade of the widely used F-16 fighter aircraft, the F-21 is being marketed as a highly viable solution to India’s modernization needs. With its production line planned on being based in India, Lockheed is aiming to build on last year’s announcement that it would be transferring the production of the F-16’s wings to its joint facilities in India by 2020.

If carried through, these developments are likely to have a serious impact on the trajectory of U.S.-India relations for many decades to come. This in turn would also significantly affect both China’s and Russia’s approach to South Asia, particularly with respect to Pakistan. In fact much of the discourse on the development of Indo-U.S. military ties is already based directly on the United States’ strategic rivalry with China over the Indo-Pacific region. They very raison d’être for the Quadrilateral alliance, and the re-designation of the U.S. Military’s Pacific Command to the ‘Indo-Pacific Command’ are all cases in point.

However, going back to President Eisenhower’s warning over the encroaching influence of the American Military Industrial Complex, the above developments assume a slightly different context when viewed from the perspective of the powerful U.S. defense lobby. While the benefits of supplanting Russian defense contractors with U.S. ones within India’s growing arms industry may not be stated as an explicit policy objective by the U.S. State Department or the White House, there are definitely many in Washington that would wholeheartedly welcome such a scenario.

From a purely realist perspective, many would consider the above developments simply as one of the many instances of realpolitik that characterize our world today. However, for the few idealists left amongst us, it is becoming increasingly difficult to assess whether major U.S. arms agreements are serving as a subordinate corollary to, or a key determining factor of, its foreign policy choices. As a super-power that has long predicated its actions on the ideals of maintaining peace, freedom and stability, it is quite troubling to witness its foreign policy so increasingly and unabashedly driven by power, greed and profitability, especially in this day and age.

The writer is a Senior Research Associate at the Strategic Vision Institute,   Islamabad. He can be reached at [email protected]

About M Waqas Jan 1 Article
The writer is a Senior Research Associate at the Strategic Vision Institute, Islamabad. He can be reached at [email protected]

Unforeseen Trap for India in the Sino-Iran Strategic Partnership

Print PDFRecent developments between Iran and China are of special concern to India and a deadly diplomatic blow to India’s foreign policy. The Comprehensive Strategic Partnership concluded between the Islamic Republic of Iran and the […]

Print PDFChina and India have a long history of tensions over multiple issues out of which the undecided border is at the top. The two neighbouring countries share the world’s longest unmarked land border. They […]