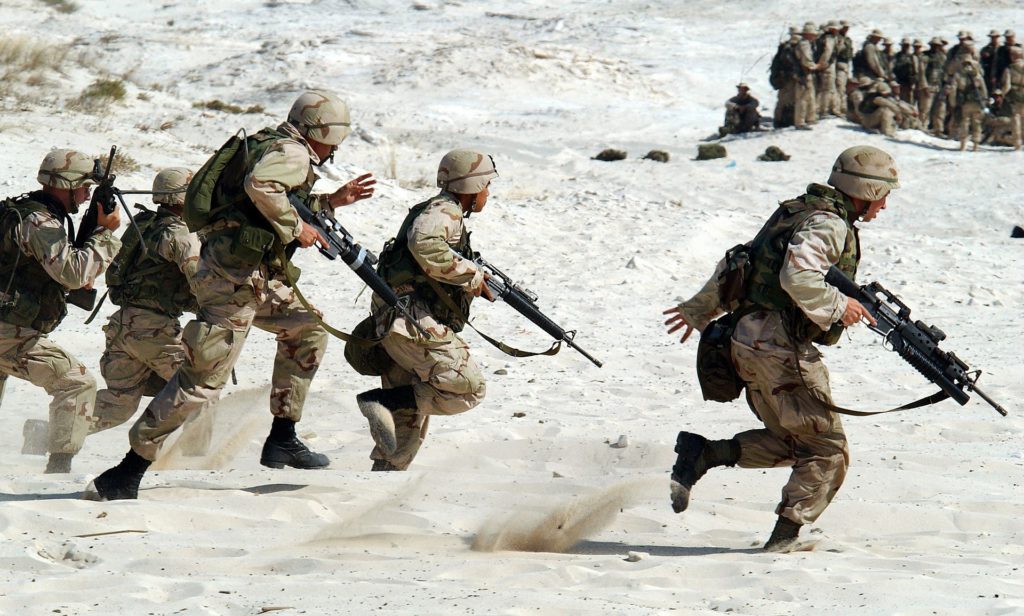 “We do not negotiate with terrorists”

Since the American invasion of Afghanistan in 2001, and the subsequent joining of European powerhouses in combating the faceless and stateless terrorism, “we do not negotiate with terrorists” has been the sui generis of the West, especially the U.S.

This cold and hard statement is an indication of strength and decisiveness on part of the United States and an assertion of the fact that stateless terrorists do not have the prerequisite legitimacy to enter into a diplomatic concord with them. To establish this reality, the U.S. has been leading the war on terrorism all around the world at various levels, i.e. symbolically, logistically and practically.

It is a well-known fact today that any individual or body which challenges the writ of the state and uses violence to incite fear into the people and assert its authority is breaking the law. But it is also the essence and significance of modern participatory and multifaceted government systems that diplomatic resolution of matters is the conclusive end to any problem. The hard approach is not the cure, it is the antidote.

For example, the decades’ long insurgency in Sri Lanka came to an end in 2009 when both sides agreed to negotiate and talk out their differences. But the other way to bring both parties to the negotiation table is by coercion. One side cripples the logistical and operational base of the other to such an extent that the latter has no other option but to choose to talk, and surrender.

America came to Afghanistan to eliminate the ‘forces of evil’ and give ‘freedom’ to the people of Afghanistan by ‘bombing its enemies back to the Stone Age’. The Taliban government was dethroned within a month of 9/11. Coalition forces won one city after the other. Suddenly, the Taliban had been broken and Al-Qaeda had disappeared. But the war did not come to an end.

The UN-backed government established under Hamid Karzai never managed to establish its writ outside of Kabul. The Taliban launched the spring offensive of 2007, which showed their recuperated strength. Coalition forces fought back and retained control, and the USA got Osama bin Laden in 2011. The end of Osama was supposed to be a decisive factor. But the U.S. did not leave, or it could not leave. The fighting continued and today, in a surprising turn of events, America is trying tooth and nail to reach an end to the Afghan war.

Taking an analysis of this past almost-score of American presence in Afghanistan, inferences can be drawn which might help determine whether America has won its longest war or not.

The established order in Afghanistan was disturbed and replaced by a puppet and publicly alienated government. The presence of a foreign power in the region, i.e. southeast and central Asia, provided it with strategic advantages in security and politics. The civilian casualty toll had reached 38,480 by October 2018. Another study by the United Nations Assistance Mission in Afghanistan made the harrowing discovery that more civilians were killed by the Afghan and American forces rather than the opposite side. 581 civilians have already died in the first quarter of 2019 and the majority of civilian casualties are the result of ground operations. It means the forces do not know or they do not care what their target is. It is a game of point and shoot only.

Let us not negotiate out of fear. But let us never fear to negotiate.

If the American benchmark of achieving victory in Afghanistan was to destroy civilian lives and instill resentment for it cause among the locals, then it has won. But if it is measuring victory with the scale of defeating the Taliban, then it might be mistaken. Because despite the repetition of a no-negotiation mantra by the Bush and Obama governments, Donald Trump is taking large strides in the opposite direction by investing time and resources in the peace efforts.

Zalmay Khalilzad, the U.S. Special Envoy to Afghanistan, is oscillating between the U.S. government and the Taliban to reach a consensus this time. His statement, “Nothing is agreed until everything is agreed”, is evidence of his dedication. Power brokers from around the world such as Russia, China and Qatar have also welcomed these positive overtures to the peace process. Pakistan is also a key actor in this regard but the incumbent Afghan government is feeling more alienated and irrelevant by the day. Ashraf Ghani’s government wants to be a live stakeholder in the peace process because it is worried about what will happen to them if the U.S. leaves Afghanistan. The Taliban are sworn enemies of the Afghan government and no amount of peace assurances can alleviate the underlying fears for survival.

The U.S. refused to consider a diplomatic solution to the Afghan issue for many years and always rejected the Taliban as a legitimate force to conduct talks with. It had been fighting yet undermining its enemy at the same time. But it has resorted to talks at last, because military action is not providing a solution.

But there is the angle of deception also. This peace process can be a pretence to keep the U.S. relevant in the region and buy it more time, with peace. The famous Taliban refrain, “The Americans have the watches, but we have the time”, might be in motion albeit in reverse now. This whole process gives the impression that the U.S. is serious about resolving the conflict, but the trust gap between the Taliban and the Afghan government can be the reason for the absence of peace. Therefore, it can be argued that the reason for unrest is not the presence of foreign forces but the lack of trust between the people of Afghanistan, and the U.S. is here to bridge this trust gap.

Now, regardless of how the peace talks end, the U.S. comes out scot-free of any blame for having invaded a country twenty years ago because of a few individuals and committing war crimes and mass atrocities there. While the Afghans will be the uncivil people who never learnt. Machiavellian politics is at its best!