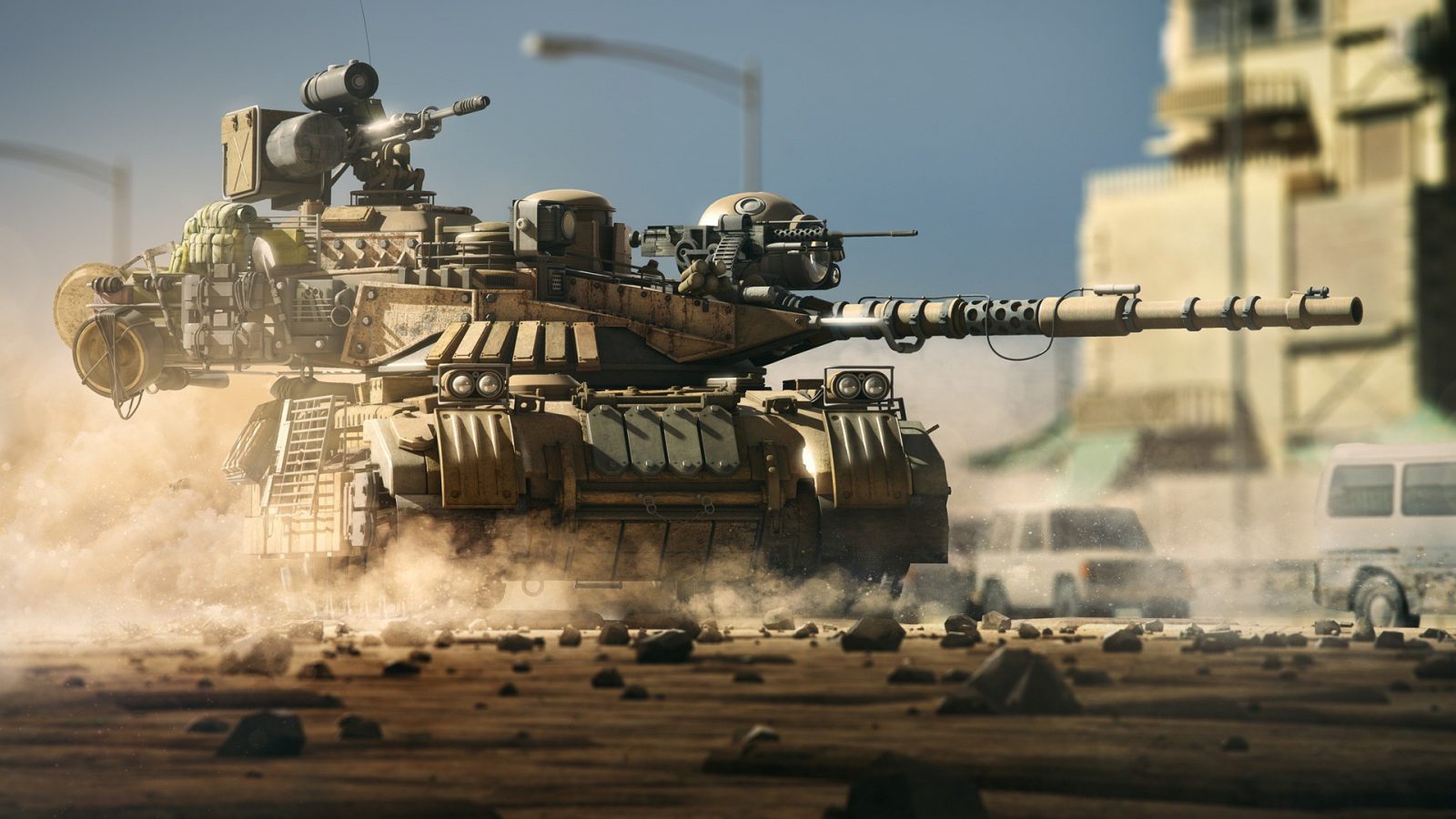 Tank Wars.     Tanks are among few weapon systems which have transformed the pattern of warfare. As the quote goes “necessity is mother of all invention”, tanks were also invented out of necessity in WWI to breach German defence lines proliferated with machine guns, bunkers and artillery pieces. The result was British Mark-1, the first-ever tank to enter in combat. The potential displayed by WWI tanks convinced the military minds that tanks can act as revolutionary addition in military warfighting provided that a balanced combination of mobility, firepower and protection is put into consideration.

In WWII, tank forces practically demonstrated the advantage they have added to ground offenses. The traditional war fighting techniques of using fixed fortified defences rendered obsolete against the mobility of armoured columns. German Panzer Divisions utilized tanks to swiftly pierce through the defence lines of the enemy and cut off their supply lines by attacking from vulnerable spots. This tactic, first implemented by Heinz Guderian, became known as the Blitzkrieg. From definition perspective, Blitzkrieg is the two-fold strategy involving: (i) the successful penetration of enemy strategic defence line followed by (ii) driving deep into enemy territory, cutting its ground lines of communications (GLOCs) and destroying its strategic node points. Germans used tanks so skillfully to implement this nascent war fighting strategy that within the opening months of WWII, they had conquered all the landmass in Europe which they couldn’t capture throughout WWI. If WWI tactical lessons can be summarized by a J.F.C Fuller quote as, ”Artillery conquers, infantry occupies,” then WWII tactical learnings can be encapsulated by Guderian’s words as, “If the tanks succeed, then victory follows.”

Russians, in contrast, relied on the strategy of Attrition to wear down German forces using mass firepower and numerical strength. The armed forces which are numerically superior, have bigger material base and are willing to absorb significant losses for sake of delivering absolute defeat to the enemy; the defeat which Clausewitz summarize as, “the complete annihilation of enemy’s forces with brute force,” are more likely to adopt the attrition strategy for war fighting. In wars of attritions fought in later stages of WWII, tanks played crucial role on both sides and evolved accordingly for delivering the requisite results.

The Cold War Period.    The most eminent feature of Cold War was the nuclear arms race between United States and Soviet Union. Within the nuclear umbrella, both NATO and USSR also continued aggressive conventional arms race. In the initial phase of Cold War, the numerical superiority of Soviet armoured forces posed a grave threat to NATO’s defences. As a qualitative countermeasure, the US introduced the idea of  deploying low-yield tactical nuclear weapons (TNWs). Hence, it can be argued that tanks were the first conventional weapon which forced the adversary to develop nuclear counter solution. This supposed solution was short lived as Soviet Union developed Battle Field Nuclear Weapons (BFNWs) of its own to deter NATO’s TNWs, thus forcing NATO to work within conventional realm to strengthen its defences. In later stages, the technological advancement allowed employment of  Anti-Tank Guided Missiles (ATGMs) as a measure to reinforce defence against armoured offenses. However, adaptation of explosive reactive armour (ERA) restored the efficiency of tanks within battlefield. This capability race between ATGMs and armour is still in continuation today.

After the end of cold war, United States assertively displayed its combined arms concept in First Gulf War. The concept, in simple terms, has two different stages; first, in opening hours of conflict, aircrafts and stand-off weapons are used to engage enemy’s key military assets to break cohesion within its ranks; second, after establishment of air superiority the armoured forces are moved within network centric environment to destroy the remaining dispersed enemy forces. The comprehensive situation awareness of entire battlefield catalyses the planning process, reduces the threats against ground force, minimizes the risks of friendly fire and enhances the net efficiency of all tiers of forces. Within the combined arms concept, the dependency on tanks for power projection was reduced, but on upside the tank’s combat utility became more precise in modern military equation.

A natural outcome of the alternation of threat perception is the decline of emphasis on tanks as preferable combat tools within the western world. The most advance militaries in the world, like United States, United Kingdom, France and Germany, no longer have next generation battle tank projects. Instead, all these nations are upgrading the existing platforms to meet the future requirements.

In general, four reasons can be attributed to explain this policy. First, the objectives of warfare have evolved, and wars are now rarely fought for territorial increment. Tanks were considered as important offensive weapons to conquer enemy territory. The aspect of limited window of operability – due to efficient intervention of international community for crisis resolution, has narrowed the time space needed for execution of major tank-based operations. Second, the survivability and thus the combat efficiency of tanks have become questionable due to proliferation of modern precise weapons. Third, the economic burden of raising and maintaining modern tank fleet is increasing day by day. And finally, the epicentre and methodology of power competition has changed. Unlike USSR, resurgent China pose naval power projection challenges thus shifting focus on modern naval assets. Plus, the emergence of new diffused battlespace, e.g. cyberspace, has prompted military planners to also keep newly emerging battlespace into the chief consideration.

Tanks of the Future?     The advancement in technology can benefit the tanks as much as it can benefit any other weapon system. But it boils down on the requirement and matter of policy that a certain state is willing to undertake requisite research and development in that direction. Russia for example, has introduced new tank design, i.e. T-14 Armata, which incorporates unmanned turret, dedicated crew compartment and variety of active and passive protection systems. Similarly, Israel’s Elbit system has invented new Iron Vision head mounted display system which allows the crew to get full field view through the armour without leaving the crew compartment. Meanwhile other new technologies, like the introduction of smart tank munitions and the maturing ability to operate unmanned systems, are also likely to supplement the efficiency of armoured forces. But ultimately, the future of armoured forces in emerging battlespace will be decided by technological edge they will manage to obtain against anti-armour weapons, the room tanks will manage to occupy within future battlespace, and the power projection options tanks will be able to offer which other weapons will not. Provided these conditions are met, tanks as a weapon of war as well as an efficient conventional deterrent, will be able to secure their existence in threat environments of future.

About Ahmad Ibrahim 6 Articles
The author has an M.Phil in Strategic Studies from National Defence University Islamabad.

Print PDFReuters And Web Desk On Feb 28, 2019  published by ARY Last Updated Feb 28, 2019     HANOI: U.S. President Donald Trump said on Thursday he hoped the decades-long conflict between India and Pakistan will be coming to an […]

Operation ‘Swift Retort’ and Its …by Dr Adil Sultan23 hours ago