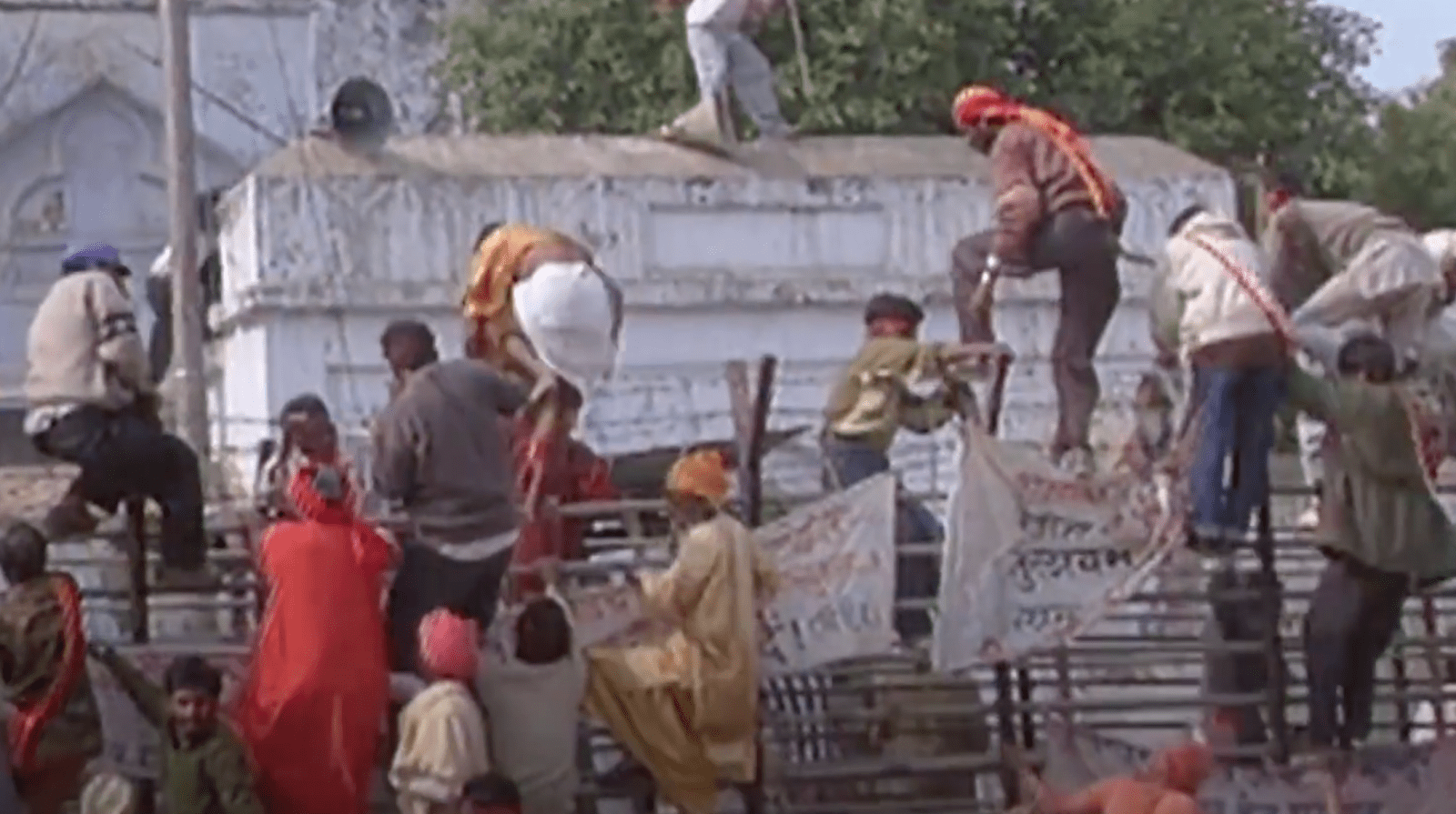 While the world is grappling with the pandemic COVID-19, India is exploiting this opportunity to push its Hindutva agenda. Coronavirus has hit India hard too but instead of providing relief to its citizens, the extremist Hindu leadership is taking advantage of the world’s preoccupation to machinate its heinous xenophobic agenda.

Hindutva is a nationalist ideology, based on a modern-day version of centralized intolerant Hinduism. It has nothing to do with the historical tradition of spiritual practices in Hinduism. This centralized and chauvinistic ideology—Hindutva—has been brought to the forefront today by a group of extremist political organizations called the Sangh Parivar  (Sangh Family)—comprising the Rashtriya Swayamsevak Sangh (National Volunteers Association—the mother organization after which the label Sangh Parivar is coined), the Bharatiya Janata Party (Indian Peoples Party—Hindutva’s political front), the Vishwa Hindu Parishad (VHP—World Hindu Council – the formation’s activist front), the Shiv Sena (the fascist front) and numerous others.

The Sangh, in turn, preaches religious extremism emanating from Hindutva, a term coined by Vinayak Damodar Savarkar in 1923 to create a collective “Hindu” identity. Its aim is to establish a Hindu Rashtra (Nation) devoid of other religions or forced into subjugation.

In line with the fanatical policies, VHP has called for a complete ban on the Muslim missionary group, the Tablighi Jamaat and its Nizamuddin Markaz besides freezing its bank accounts and closure of all its offices for the spike in COVID-19 cases across India. The majority of pro-government Indian news channels are linking the coronavirus outbreak to the Tablighi Jamaat and its gathering held in New Delhi, stoking anti-Muslim sentiments.

Hindutva has an odious agenda for Kashmir. On 5th August 2019 BJP rescinded Articles 370 and 35A of its own Constitution pertaining to Kashmir and annexed the disputed region into its Union Territory. Article 370 provided autonomy to Kashmir while 35A forbade non-Kashmiris from settling in the Valley or acquiring property in Kashmir.

To make matters worse, the National Register of Citizens (NRC) and the Citizenship Amendment Act (CAA) were introduced in December 2019. The NRC demanded the citizens to register themselves but the Muslims of Assam and elsewhere were barred from it so that they remain outside the reach of registration, deprived of their basic rights and if deemed necessary, forced to leave India. The CAA, on the other hand, is an act, which has provided Non-Muslims, who entered India as refugees to become citizens, but the Muslims are being kept out of this fold.

To make matters worse, on 31 March 2020, the ‘Jammu and Kashmir Reorganization (adaptation of state laws) order 2020 was enacted, which relaxes domicile rules for the valley and eligibility criteria for employment in the region. The order qualifies Indians, who have resided for a period of 15 years in the occupied region or have studied for a period of seven years and appeared in Class 10/12 examinations there, eligible for the domicile of the valley. This means that those who fulfil the new criteria will become permanent residents of Kashmir. The new law authorizes the citizens of India to settle in and compete for jobs in the disputed territory of Jammu & Kashmir.

This malevolent conspiracy aims at the introduction of an undemocratic delimitation measure seeking to ensure the constitutional entrenchment of a Hindu majoritarian agenda to dispossess the people of Kashmir. The cat is now out of the bag because the Hindutva agenda is to alter the demographic character of the Muslim-majority territory at a time when the world’s attention is focused on the worst public health and economic crises of current times. These malicious attempts to take advantage of the prevailing global circumstances are reflective of the noxious mindset of the Hindutva regime in New Delhi.

It may be recalled that in his 8 August 2019 response to India’s actions regarding abrogation of Article 370 of the Indian constitution, the UN Secretary-General had noted that the “the position of the United Nations on this region (Kashmir) is governed by the Charter of the United Nations and applicable Security Council resolutions.” Therefore, it must be emphasized that the ‘Reorganization Order’ contravenes UN resolutions #122 and #126 adopted on 24 January 1957, and 02 December 1957, respectively. These resolutions prohibit any unilateral action targeted at changing the disputed nature of the State of Jammu and Kashmir.

On 16 February 2020, the UN Secretary-General declared, “We have taken a position that UN resolutions (on Kashmir) should be implemented, there should be ceasefire (on LoC), and human rights should be respected.”

All Parties Hurriyet Conference (APHC), a Kashmiri political party, has recently released a consolidated report on the atrocities carried out by security forces in IOK. According to the report, Indian forces in their anti-freedom operation, massacred 95,238 Kashmiris, including 7,120 in custody, since January 1989.

An alarming statistic in the report is that the troops molested 11,107 women. However, independent human rights activists claim that this figure is not even ten per cent of the actual number because many women hide the fact that they were raped due to fear of being castigated by the conservative Kashmiri society.

Indian lawmakers are pointing out that India must castigate Pakistan for establishing coronavirus quarantine camps in Azad Jammu Kashmir, where non-state residents i.e. from the rest of Pakistan are also being housed.

BJP MP Subramanian Swamy is facing backlash over his bigoted comments that Muslims in India do not deserve the same rights as everyone else living in the country. In an interview to a TV channel, when asked about India’s controversial Citizenship (Amendment) Act, the BJP MP alleged: “We know where the Muslim population is large there is always trouble — because the Islamic ideology says so.”

The extremist Swamy claimed, “If Muslim [population] becomes more than 30 per cent [in any country], that country is in danger”. When reminded that Article 14 of the Indian constitution ensures equal rights for everyone in India, he went on to say that this was a misinterpretation of the Article, saying: “The law ensures equal rights for equals.” “Are all people not equal? Are Muslims not equal In India?” asked the interviewer. Swamy’s haughty response was: “No, not all people are equal, Muslims do not fall into an equal category.”

Indian forces are using the world’s preoccupation with quelling the negative impact of COVID-19, by violating the 2003 ceasefire agreement with Pakistan. According to Pakistan’s Foreign Office (FO) Spokesperson, “India’s belligerence continues to imperil peace in the region,” the statement said, noting that India had committed 931 ceasefire violations in 2020 alone and “deliberately targeted innocent civilians” living close to the LoC in Azad Jammu and Kashmir (AJK). Meanwhile, in occupied Kashmir, Indian forces have been targeting the youth in the garb of “so-called cordon-and-search operations”, the FO said, adding that in April alone, 29 Kashmiris have been martyred, including seven since the onset of Ramazan.

The world must take cognizance of India’s Hindutva xenophobic agenda.

Pak-US Relations in the Light of the Changing Afghan Dilemma

Print PDFThe creation of Pakistan presented the nascent state with a plethora of problems as every newly born country confronts. Pakistan has made territorial security the top most priority in its foreign policy. This was […]

Print PDFIndian security agencies, on 3 June 2021, arrested seven people and seized 6.4 kilogrammes of uranium from their possession, making it the second time in less than a month that authorities have captured a large quantity […]