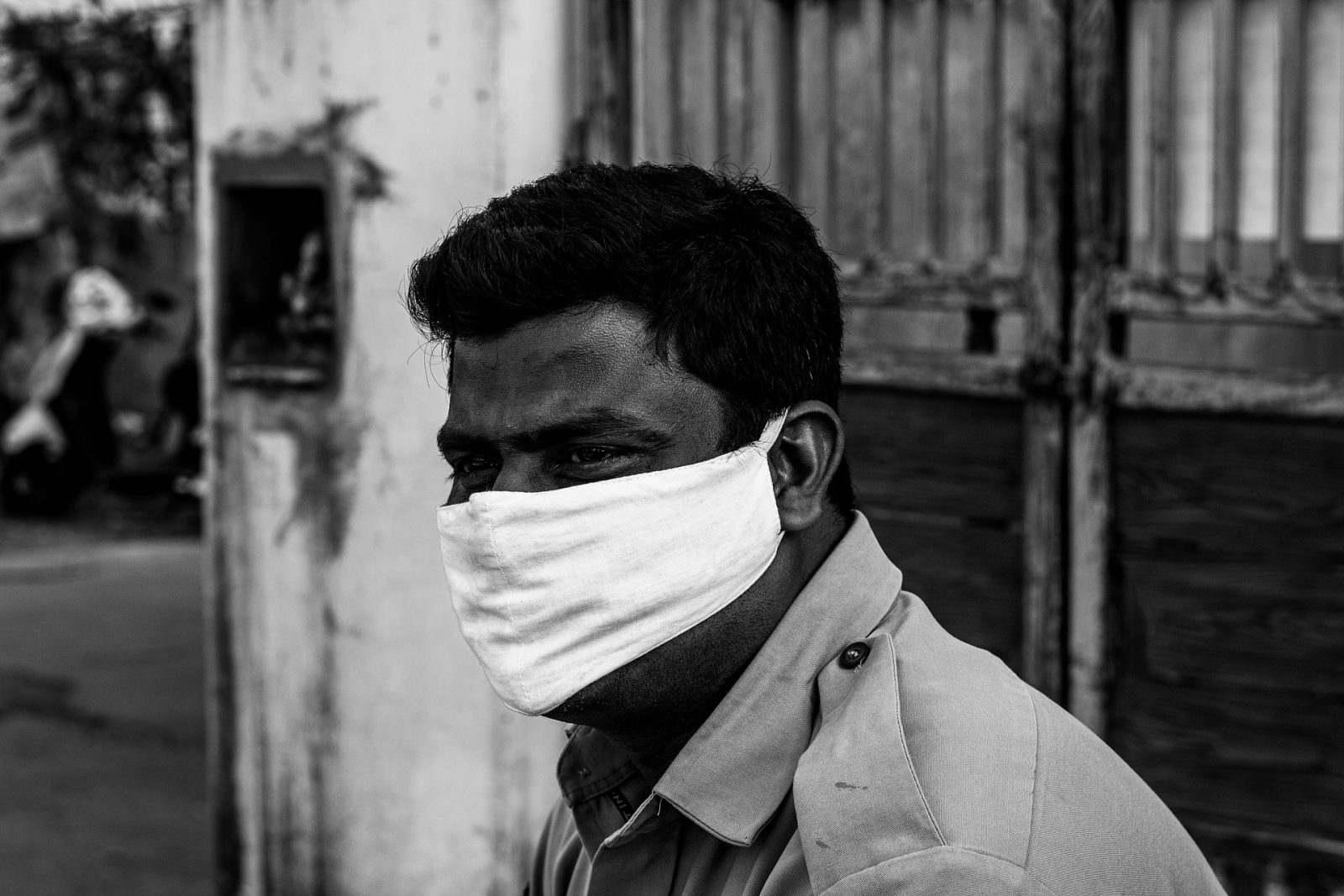 COVID-19 is an affliction that has engulfed the entire human race regardless of their affinity to a specific religion, language group, nationality or accord.  All people, with sanity prevailing in their hearts, have been working ceaselessly to their maximum potentials and capacity since onset of this pandemic, solely for the benefit of humanity. However, there yet are certain identities in this world who are stuck to their ideologies of hate, frenzy and indifference to others.  They are the eccentric extremists with their fixation towards a specific religious, racial or political ideology. The unfortunate part of the story emerges when this rage immerses an entire or a large component of social strata. A somewhat similar calamity has struck in our immediate neighbourhood, where despite this great ordeal of global magnitude, the state government at large, and specific ideological groups especially, are still continuing with their policies of hate, exclusivism, conquest and hegemony.

The republic of India, the claimed biggest democracy and flagship of secularism has been turning against its own constitution and people. The current government of India, since its assumption of office, has repeatedly dishonoured the spirit of its own social contract that was enshrined in its constitution. The controversial and extremist ideology and rituals that it has been preaching and practicing have been affecting the domestic as well as regional stature and influence of India. But now, with grant of “Country of Particular Concern” (CPC) status, the concern has gone global. The square responsibility of this fall lies on fanatic and venomous (RSS-inspired) ideology and practices of the BJP-dominated government, led by Mr Narendra Modi. Mr Modi has a record of expressions, inclinations and habits of employing force, excesses and violence against religious minorities, political opponents and intellectual dissidents; or a silent consent to these. An unusual rise of societal intolerance, religious bigotry and crimes against women has accompanied the political rise of the BJP of Mr Modi.  It was never there at the time of former PM Mr Atal Bihari Vajpayee and his contemporaries in BJP. These neo-cons or revivalists of Maha-Bharat / Hindutva have played havoc in the India of Mr Gandhi, Abdul Kalam Azad, Nehru and the likes of those founding fathers of India.  The policies of the current government have torn the very fabric of the Republic. Successive incidents like the Gujrat massacre, becoming the rape capital of the world, anti-Sikh/-Muslim/-Christian/-Dalit riots, de-monetization, foreign procurement related scandals, abrogation of article 370, CAA, Islamophobia during the pandemic, have nothing but BJP in common.  Today, every minority is fearful of the majority; may it be Muslims, Sikhs, Christians or others, all are fretful about their fate and the fate of their future generations.  Abetted and endless episodes of rapes, mob lynching/burning, destruction/desecration of religious structures, organised and police-sponsored communal violence, etc. have all highlighted the chaos and abyss that India is falling into. And to top it up is her relations with her neighbours.

Historically since independence, successive Indian governments have been believing in and acting hegemonically in regard to regional politics.  A strong and militarily assertive India has always been a means to achieving regional domination and global recognition.  It was in the same hang-over of the “Big Brother” complex that several Indian governments, regardless of political affinity, have taken numerous military actions against their smaller neighbours.  The examples of military interventions against Pakistan, Sri Lanka, Bhutan etc., under one pretext or other, are all part of sub-continent history.  However, since the rise of the Modi-led BJP government, the mantra and application of military might and forcefulness of its large national capacity has become overwhelmingly intrusive.  India’s quest to become a regional (and later global) power on the wings of foreign acquisitions and procurements, has not gone un-noticed from pragmatic international observers. SIPRI’s indicative rise in Indian defence spending bulging to above US$ 71 billion and becoming the largest weapon system importer, highlights concern by the rational players.  But a higher worrying consequence emerges, when such a rise is “hurray-ed” by a sizable number while 40% of Indian population lives below the poverty line. Similarly, internal anarchy (in the face of economic regression, uncontrollable law & order in post -370/-CAA, pandemic, etc.) and resultant Islamophobia has been noticed by most ME players, OIC and even the US. Insolent social media accusations, abuses and threats against Islam and Muslims has demonstrated BJP’s ever growing internal anti-Muslims handling and intolerance to Islamic ideology at large.  This has not only been demonstrated by Indian elite (MPs inclusive) inside India but also by non-resident Indians in the world.  Responses from Kuwait, UAE, OIC and now specifically from USCIRF are hardly in time, if not late, and an awakening to reality by the world community.  This phobic trend and frenzied BJP thought process is dangerous, and the world has already suffered due to such demented conceptions in the mid twentieth century.

Such situations are neither new to Indian leadership nor to their dogmatic proponents in the academic field.  The sole tested and repeatedly acted drama script is to blame Pakistan for all evils prevailing in, around, from and towards India. The BJP government supported by its social, electronic and print media toons have started blaming Pakistan for their internal chaos (remember abrogation of article 370, CAA and now COVID handling?) and also for the absurd Indian response to all those contingencies. First it was Indian government agencies and e-media alleging Pakistani hand in masses’ retaliation against 370 abrogation and CAA, then Pakistan was sending agents with COVID-19 virus to India through Nepal, then its was Pak media creating false response with fake names, then it was illegal border crossing into IOJK, next it was cross-border support to IOJK freedom fighter and now God knows what else would be in offering in their next conspiracy-theory plan.

Sycophantically, all kinds of media monkeys and pseudo-highbrows of Hindu-supremacist mindset follow this piper and commit intellectual suicide by negotiating reason, rationality and truth for petty monetary gains and party/class loyalties. No doubt that there are few other religions’ representatives as well. But it is coercion, bribery and personal agendas that dictate these collaborators to turn against their own communities, be it Muslim religious leaders, Sikh political leadership, Christian socialists or Dalit community heads; all have their own (justifiable or otherwise) explanations to express their verbal or media support to Mr Modi. Nonetheless, whatever is happening and/or is expected to happen is not ultimately beneficial to India or the region.  Although BJP’s ideological master Chanakya has delineated, “One should not allow, enemies posing as friends, to grow at one’s expense,” but in our candid ethical and hearty reckoning, “an India at peace with itself is in the best interest of Pakistan.” But the peace comes at the cost of soul-searching, self-realisation, surrendering inhuman beliefs and abandoning racial/religious fanatic ideologies or any notional superiority of one over the other; and that under existing BJP’s (RSS-inspired) leadership is least conceivable.  The disciples of Kotiliya have inability to comprehend the presence of goodness in neighbouring relations.

The previous trend of the BJP government very distinctly demonstrates the approaching apocalyptic scenario.  Attack on any Indian element, be it in eastern, northern, southern or western extremities, is first pasted against Pakistan. Later-on, the Indian investigation may reveal otherwise, but the media is filled with a jingoistic war-cry.  Many a case have proven the veracity of internal dissident elements.  However, Indian media never had the courage to reveal the truth. Mr Modi, treading on a similar path and beating his claimed “50-inch” chest, jumps the wagon and raises warmongering slogans and punitive threats. He has, on occasion, gone to the extent of raising nuclear ante, without considering the implications of such an exchange to both the people, region and the world. The more fearful account is the overconfidence of Mr Modi and his military lieutenants in the superiority of their conventional as well as unconventional capabilities and in undermining the capability and resolve of the enemy.  After the Uri incident, Indian army claimed that they carried out land “surgical strikes” across LoC into AJK and killed of dozens of preparing terrorist groups (hundreds of terrorists).  Pakistan Army, however, reported only an exchange of fire on LoC; and the very next day took national and international media representatives to all those claimed spots and showed no sign of any such activity. The Pulwama incident was, similarly, expected and forecasted by Pakistani political observers; especially, once Mr Modi’s re-election campaign was reaching a critical stage. The aerial attack that ensued was also prophesised by pundits.  The response therefore was swift and calibrated. The latest addition to this conundrum is the establishment of the office of CDS. General Rawat and his (lots of 3-Stars) staff has a new assignment to pursue: “fulfil Mr Modi’s dream of regional supremacy (read hegemony)” … meaning subdue Pakistan. The next three years are therefore a test run for all big wigs in Indian Armed Forces. CDS moving up for ministership, Services Chiefs to CDS and 3-Stars to 4th.  Carrots hang in front and the task is nothing more than an adversary with less than half the military strength; albeit with proven full spectrum nuclear capability.

Based on foregone assessment of India’s homegrown havoc, external complications, and their historical Indian-style solutions; it is expected that under the current situation of internal mayhem and foreign embarrassment (or failures), India might try to rearrange the situation and attempt to implicate Pakistan in any scheme of deceit that it has woven to rid itself of internal and external pressures. Such tricks, though repeated and old, have mostly gained the Indian government a change of citizens’ focus and unified domestic support on the home front while simultaneously achieving global sympathy and support for her victim status.  Indian overtures in such garb have previously been amicably tackled by Pakistan but the severity and viciousness of the next plot cannot be underestimated. Chanakyan deviousness in statecraft is ugly but so are the realities of international politics. In order to achieve larger (perceived) national interests and glorification, the sacrifice of few hundred citizens is not costly.

The dots on eastern horizon are flashing and thunder clouds are getting darker.  Someone needs to look and prepare.

About AVM (retd) Faheem Ullah 1 Article
The author is a retired Air Vice Marshal of the Pakistan Airforce. He is currently serving as a director in the Centre for Aerospace and Security Studies (CASS).