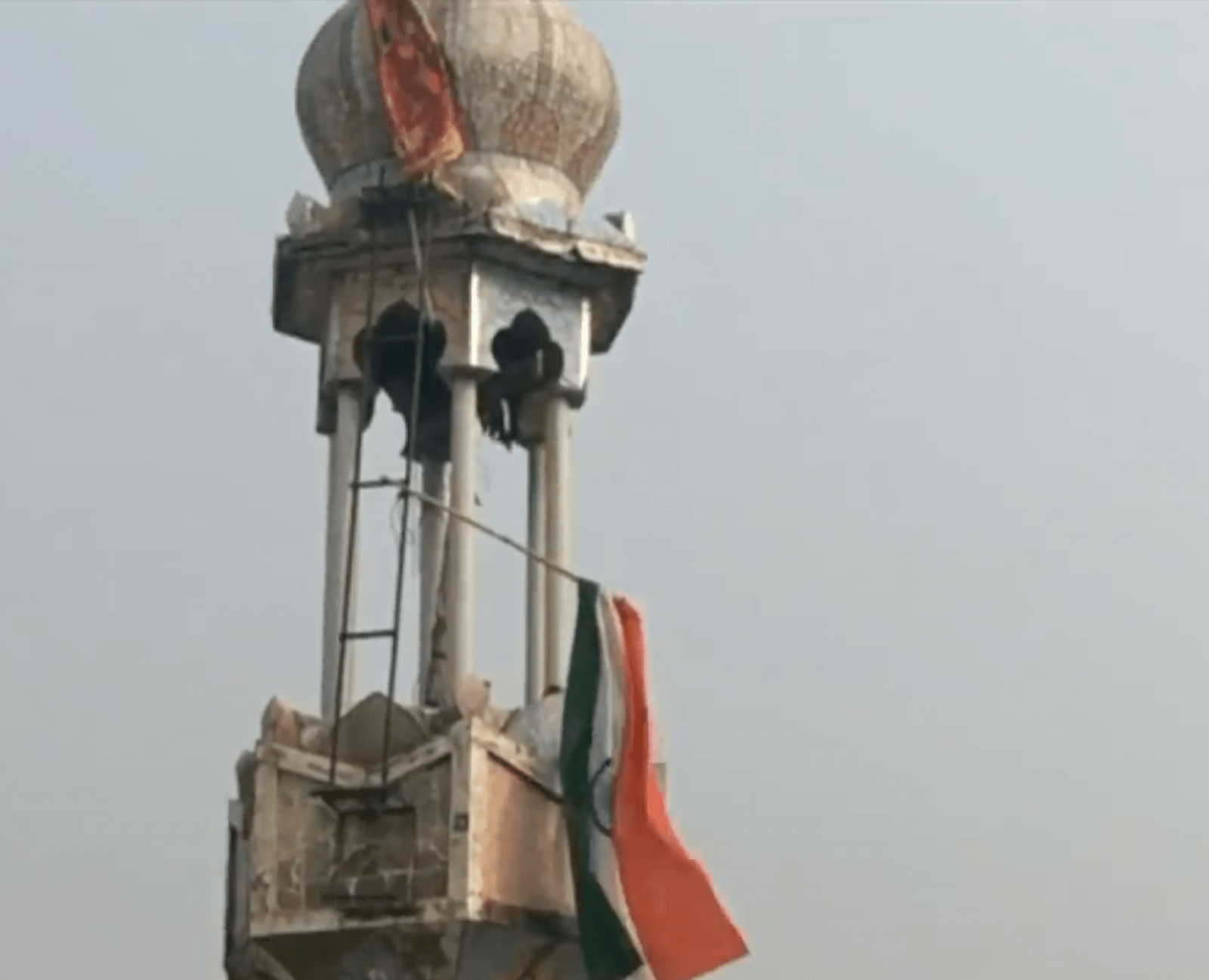 The recent riots in New Delhi have once again exposed India’s structural fault lines, posing a serious existential challenge to a country of more than 1.3 billion population that remains deeply divided based on religious beliefs and the segregated caste system. The current Bharatiya Janata Party (BJP) government that is on a mission to make India a truly ‘Hindu’ state these divisions have become more prominent. Resultantly, India seems to be facing a serious identity crisis that could eventually lead to what Khushwant Singh had predicted in 2003 to be “The End of India.”

According to India’s former PM, Manmohan Singh, India today faces imminent danger from the trinity of social disharmony, economic slowdown and a global health epidemic. The first two, according to him are self-inflicted, while the third is an external shock, and if these problems persist, it could “not only rupture the soul of India but also diminish our global standing as an economic and democratic power in the world.”

India was never a socially harmonious state, and this is not the first time it finds itself in this morass. All the political parties have exploited the societal fault lines for their short-term political gains. The Congress party that otherwise professes to be more secular in its outlook was responsible for the killings of thousands of Sikhs in 1984 Hindu-Sikh riots. In 1992, the Rashtriya Swayamsevak Sangh (RSS), which is the militant wing of the BJP destroyed the iconic Babri mosque that led to riots and resulted in the killing of hundreds of Indian Muslims. The 2002 Gujrat massacre of Muslims under the patronage of then Chief Minister Narendra Modi, is another black spot in India’s long history of communal and religious violence that keeps the country in a state of perpetual social disharmony.

One of the earlier proponents of Hindutva, V.D. Savarkar was the first to recognize this problem and gave the idea of a separate Hindu nation in 1923, much before Jinnah’s vision of the ‘two-nation theory.’ After the partition in 1947, India could have declared itself as a Hindu state, since it had 80% of the Hindus, but under the influence of Gandhi, Nehru and others; India chose “to pursue a greater ideal: a modern secular State where all religious communities would enjoy equal rights.” In response to this Nehruvian secular vision, the Hindu extremist parties which included the Jan Singh, Shiv Sena and Bajarang Dal followed Savakar’s concept of Hindutva – to purify the Hindu land from the outsiders (non-Hindus), and started “falsifying history, mosque breaking, church burning and attacking missionaries, and perpetrated pogroms.”

Khushwant Singh had labelled these right-wing extremists as the “foot soldiers of today’s rulers” and accused Narendra Modi of being the “chief executioner of Bharatiya fascism,” who is influenced by the Nazi ideology. Drawing parallels between Hitler’s Germany and Modi’s India, Khushwant Singh is of the view:

“Germany was a literate nation and yet succumbed to the most irrational sort of racial prejudice. We are largely illiterate, and it is much easier to sway our masses by rousing their basest instincts. Distort facts, inject dollops of pride in your own race and religion, and prejudice and contempt for that of others, and you have a witches’ brew of hate which can easily be brought to boil.”

When states opt to exploit religion for their short-term political gains, it has consequences. The use of Taliban to wage ‘Jihad’ against the former Soviet Union by the Western powers with the support from Pakistan did help achieve their narrow political objectives, but the same Taliban became an existential challenge for a country that was playing the front-line role in the global war against communism and then against terrorism.

Pakistan, nevertheless, managed to restore normalcy but after paying a very heavy price. The ‘Hindu Taliban’ on the other hand are a different breed as they have been nurtured and unleashed by the State against their people by exploiting the religious and communal divisions. This would most certainly widen the existing fault lines and force the minorities to fight for their survival in their own homeland.

With its current policies, India is fast drifting towards a point of no return. Soaring unemployment and shattered dreams of economic wonders may push PM Modi to shift the blame to internal unrest, which incidentally is abetted by his close allies including the then Home Minister Amit Shah who is responsible for the pogrom against the Muslims, and the Chief Minister of Uttar Pradesh Yogi Adityanath who has openly threatened to take revenge from the Muslims.

India’s political elite have often blamed Pakistan for their failures. The Kargil conflict of 1999, the 2001-02 military stand-off, the 2008 Mumbai crisis, the 2016 surgical strikes, and the 2019 Balakot strikes – all had a common theme, where Pakistan was accused of sponsoring terrorism. These crises were misused by India’s political elite to build their nationalistic credentials while exploiting it at the international level to discredit Pakistan.

India might attempt this recipe once again, but the current crisis is different from the past ones. It was triggered by the State’s action of introducing a controversial bill that made Muslims homeless in their homeland. Instead of addressing the grievances of India’s 200 million Muslims, the BJP unleashed RSS militants to terrorize the minorities and other opponents of the controversial bill. It was the repeat of 1984 and 1992, with RSS extremists supported by security forces went on a killing spree targeting Muslims and their properties, mosques and the businesses.

In 1984, when the Indian army entered the Golden Temple and destroyed Akal Takht, it led to a severe reaction from the Sikh community. A few months later Prime Minister Indra Gandhi was assassinated by one of her Sikh guards. During the recent crisis, many Muslim officers and soldiers from the military have lost their family members and have witnessed atrocities against their community. These events would have a lasting impact on the morale of the Indian military, where Muslims and other minorities are in a significant number.

The current Indian political leadership is responsible for the chaos it has created by encouraging ‘militant nationalism’ in the country. The only way out is if PM Modi agrees to reverse the controversial bill and restrains the Hindu extremists from terrorizing the minorities, which is highly unlikely, as it would be political suicide for a leader who has capitalized on anti-Muslim and anti-Pakistan sentiments to build his nationalist credentials.

It is quite likely that the current BJP leadership may once again attempt to engineer a military crisis with Pakistan as a distraction from their misconduct. Pakistan would have to resist the temptation and not allow the desperately needed escape route. India is on a path to self-destruction, which can only be prevented if the current leadership realizes the consequences of their actions that are pushing the country towards its ‘End’.

Print PDF India has a history of diverting dual-use items for military purposes. In 1974 India diverted the Canadian supplied ‘CIRUS’ reactor for producing plutonium for its nuclear weapons test, which was contrary to the […]

Print PDFChina’s Belt and Road Initiative (BRI) or One Belt, One Road (OBOR), is an initiative to revive and better the spirit of the old Silk Road and a step towards understanding the prescience of […]

Breaking the Myth of Proliferation Nexus

Print PDFThe word ‘Nexus’ every so often refers to an evil connection, frequently used in media reports. The originators have practised the word ‘Nexus’ to associate something shady. Mostly it rings the bell with a […]