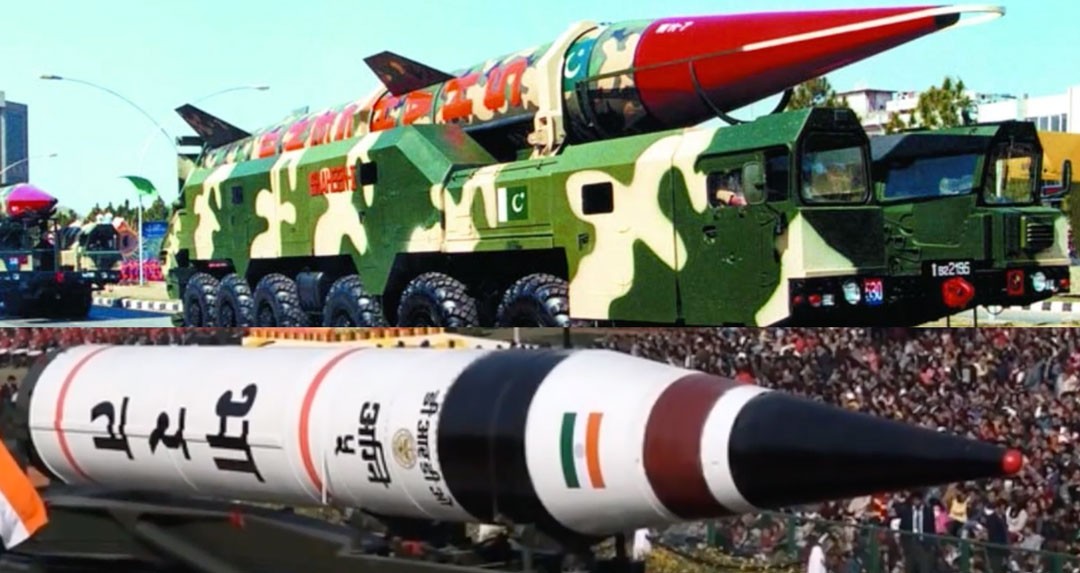 In May 2019, India and Pakistan commemorated their 21st anniversary of nuclearization that also coincided with the culmination of another military crisis between the two regional adversaries. Since becoming declared nuclear weapon states in May 1998, both countries have experienced several military crises, and with increasing frequency that some attribute to the existence of ‘stability-instability’ paradox, i.e. stability at the strategic level encourages the adversaries to engage at a lower spectrum of the conflict.

Both countries are expanding their nuclear capabilities but are following different trajectories. Pakistan considers nuclear weapons vital to preserving its territorial integrity and is, therefore, developing solutions to prevent a war against an adversary that enjoys a significant conventional advantage. India, which faces no existential threat from any of its neighbours, views its nuclear capability as a means to enhance its image of global power and to emerge as a credible rival to China.

Despite this divergence in their political objectives and nuclear postures, the existence of nuclear weapons has helped prevent a major war in the region. A brief appraisal of the post-1998 crises, and most importantly the recent ‘Pulwama crisis’, has reinforced the earlier conclusion that there is no space for a nuclear, conventional, or even a limited war between the two nuclear-armed adversaries.

Reconciling Nuclear Drivers and Postures.   India started its nuclear weapons program in the 1950s when it had no existential threat from any of its neighbours, including China. The primary purpose for India to embark upon a dual-track nuclear program was ‘prestige’, and to gain recognition as a major global power. Pakistan, on the other hand, started its nuclear program as a ‘security’ imperative after India decided to test its nuclear weapon in 1974 that was deceptively labelled as a Peaceful Nuclear Explosion (PNE).

India’s ‘prestige’ and Pakistan’s ‘security’ driven nuclear programs are also reflected in their respective nuclear policies and postures. India publicly maintains a ‘No First Use’ (NFU) position but is also building new weapons and is developing concepts to keep the option of a counterforce ‘First Strike’ against its western neighbour. Pakistan, on the other hand, has offered no NFU assurances but maintains that nuclear weapons would be used only as a last resort measure. India is building nuclear submarines and Inter-Continental Ballistic Missiles (ICBMs) that would provide India with a global reach, while Pakistan’s missile ranges are capped to cover mainly the Indian territory.

Different trajectories of India-Pakistan nuclear programs have complicated the regional deterrence matrix, which is further compounded by India’s refusal to rule out a military conflict and explore space for a limited war in a nuclearized environment. In response, Pakistan has introduced what is now known as the full spectrum deterrence posture to deter the entire spectrum of threats ranging from conventional to nuclear. This may have helped prevent a major conflict, but in an environment of mutual distrust and communication breakdown, there is always a possibility of miscalculation and a limited conflict can quickly escalate into an all-out war with the possibility of a nuclear exchange between the two adversaries.

Nuclear Weapons and India-Pakistan Crises.     Within a year of formally declaring themselves as nuclear weapon states, India and Pakistan were embroiled in a limited war in 1999. Many observers have termed this a result of stability-instability paradox, but nuclear weapons were not the driving factor for the Kargil conflict. The existence of nuclear weapons, however, did help shape the behaviour of both the adversaries besides attracting the attention of major powers, mainly the United States, to play a role in diffusing the crisis. There was no nuclear signalling, especially from the Pakistani side as it had not yet acquired credible delivery systems.

The next military crisis was the 2001-02 military stand-off that lasted for over eight months. India mobilized its entire military along the international border. This was the first serious crises where nuclear weapons played a major role in deterring India from crossing the international border. Both sides indulged in nuclear signalling by testing missiles to demonstrate their resolve, which also attracted outside powers to play their role in diffusing the crisis.

Then came the 2008 crisis that was the result of an attack by militants in Mumbai which India blamed on Pakistan, and threatened it with surgical strikes against targets that India claimed were militant headquarters based in Punjab province. Pakistan denied its involvement, and in response to the Indian threat of surgical strikes, it deployed its Air Force promising a matching response, if India launched aerial strikes. Nuclear weapons did not play a direct role, but their existence was a major restraining factor in preventing the outbreak of a conflict.

In 2016, Kashmiri militants attacked a military base in the Indian Occupied Kashmir (IoK), which was again blamed on Pakistan. India retaliated with shallow military incursion across the Line of Control (LoC) and labelled it as a ‘surgical strike.’ Pakistan contested India’s claim due to lack of evidence and therefore did not retaliate. The Indian political leadership, however, used the event to build their nationalist credentials and asserted it to be a new norm for punitive measures against Pakistan. There was no nuclear angle to it.

In Feb 2019, India and Pakistan were once again embroiled in a major military crisis when a suicide bomber from the IoK blew himself up killing 40 personnel of India’s central reserve police force. India blamed Pakistan and threatened with a military response. On Feb 26, the Indian Air Force launched an aerial surgical strike inside the Pakistani territory and claimed killing more than 300 militants and destroying several ‘terrorists’ sanctuaries. These claims could not be corroborated by the independent sources, but the aerial strike was seen as a major challenge to Pakistan’s sovereignty. In response, Pakistan Air Force retaliated with a ‘tit-for-tat’ surgical strike, and also managed to shoot down two Indian Air Force aircraft and capture one of the Indian pilots.

During this crisis, Pakistan avoided nuclear signalling while the Indian leadership directly threatened Pakistan with nuclear weapons. PM Modi, while speaking at an election rally referred to the night when he had ordered the deployment of missiles, as ‘Qatal Ki Raat’ (the night of massacre). On another occasion, he threatened Pakistan by claiming that India has ‘mother of all bombs’ (thermonuclear bomb). These statements were intended mainly for domestic-politics consumption but may have set a new norm for the future political discourse in India.

The Uncertain Future.     PM Modi has managed to win the elections by inciting anti-Pakistan sentiments and using the ‘Hindu card.’ Continuing with the same trajectory would not only be detrimental to India’s own security but cannot guarantee his win in the next elections. Having made strong rhetorical statements and threatening Pakistan with the use of nuclear weapons during his election campaign, it may be difficult for PM Modi to retreat, but after experiencing the embarrassing surgical strike he also fully understands the limitations of the Indian military, especially when dealing with Pakistan.

India and Pakistan cannot live in a state of perpetual fear and uncertainty. The lessons learnt from the past crises, including the Pulwama crisis, has once again established the fact that war is no more an option to resolve their outstanding disputes. Despite experiencing several military crises over the past two decades major war has been averted between the two nuclear neighbours, but will nuclear deterrence hold over the next decade, especially once there is reluctance to engage in a dialogue process, and continuous efforts are made to explore options to use military force as a means to achieve political objectives.

Both South Asian adversaries are established nuclear weapon states. It is up to them whether they would continue to keep one-sixth of humanity under constant threat of a nuclear war or use their military potential to bring long term stability to the region. Pakistan has shown its readiness to engage with India and discuss all outstanding issues; it is now for the new Indian government to decide whether it wants to bring normalcy or continue with the current path of confrontation and coercion towards its relatively smaller neighbours.

Print PDFWhen Delhi abrogated Kashmir’s special status in August last year, and we were all at sixes and sevens how best to respond, Modi came to our help with the Citizen’s Act. The ensuing mayhem […]