UN Secretary General António Guterres reiterated his urgent appeal to both countries to exercise maximum restraint to ensure that the situation does not deteriorate further.

United Nations: UN chief Antonio Guterres is following the situation between India and Pakistan “very closely” and has appealed to the governments of both nations to exercise “maximum restraint” to ensure the situation does not deteriorate further, a top UN official said Tuesday.

The UN Secretary General’s remarks came after Indian Air Force (IAF) carried out a pre-dawn airstrike on a terror training camp inside Pakistan.

The strike was the first by the IAF inside Pakistan after the 1971 war.

“He is obviously following the situation very closely and reiterates his urgent appeal to both the governments of India and the government of Pakistan to exercise maximum restraint to ensure that the situation does not further deteriorate,” UN Spokesman Stephane Dujarric told reporters when asked about the Secretary General’s remarks on the airstrike. 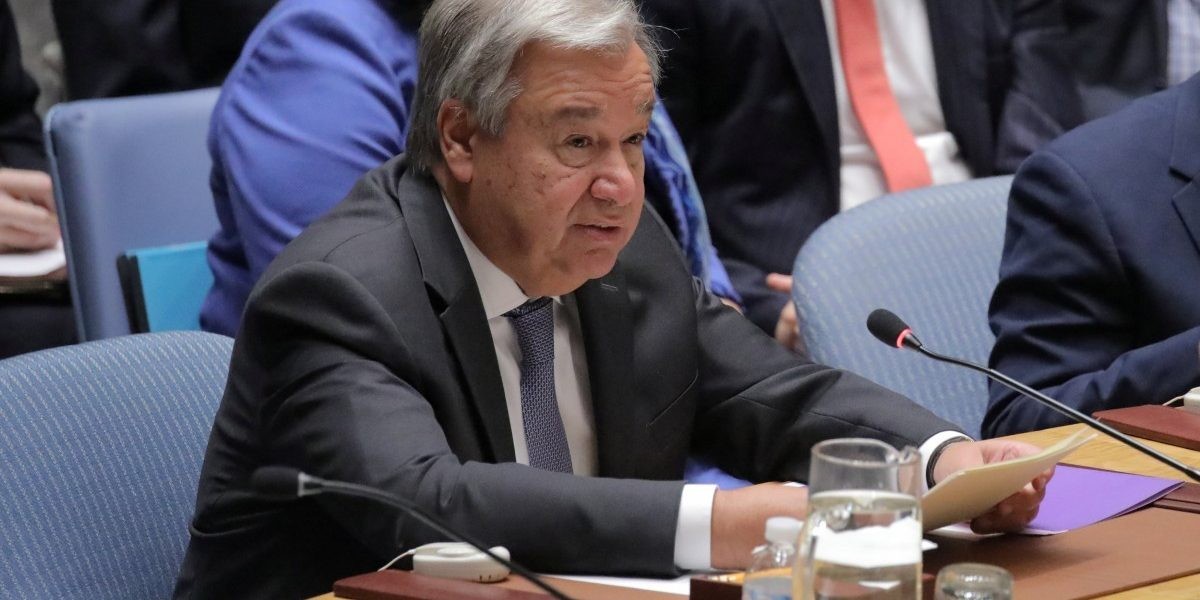 UN Secretary-General Antonio Guterres has accused 38 countries of having conducted “intimidation and reprisals” against those who have cooperated with the United Nations. Credit: Reuters/Andrew Kelly

Dujarric said Guterres did not have any information on the possible casualties and has seen the news reports.

Guterres is returning to New York from Geneva and Dujarric said he had spoken to the UN chief about the situation between India and Pakistan before he boarded his plane.

The airstrike came 12 days after the JeM carried out a suicide attack in Jammu and Kashmir’s Pulwama district that killed 40 CRPF soldiers.

India launched a major diplomatic offensive against Islamabad after the Pulwama attack and highlighted Pakistan’s role in using terrorism as an instrument of state policy.

The international community led by the US pressed Pakistan to deny safe haven to terror groups operating form its soil and bring the perpetrators of the Pulwama attack to justice.

India has asked Pakistan to take immediate and verifiable action against terrorists and terror groups operating from territories under its control.

New Delhi also announced the withdrawal of the Most Favoured Nation status for Pakistan and hiked the customs duty by 200 per cent on goods originating from Pakistan.

Print PDF“It’s good when the oppressed fight for their rights – as long as they do it away from us.” The young lady who made this statement earned my gratitude for her compassion and her […]

Print PDFNuclear deterrence plays a pivotal role in maintaining peace and stability in South Asia. The main actors in the region are India, Pakistan and China. Since independence, India has been keen to develop nuclear […]